The use and disposal of batteries and accumulators

The long-term effects of land-filling and incinerating waste products are an ever increasing concern given the potential harm to human health and the long-term, detrimental environmental effects posed by hazardous materials.

As part of a continued effort to reduce these impacts, the European Union (EU) has focused attention on the use and disposal of batteries and accumulators. In September 2008, the Batteries and Accumulators (Placing on the Market) Regulations 2008 came in to force transposing the requirements of an EU directive, known as the Batteries Directive into legislation. The aim of the legislation is to prevent high concentrations of hazardous, heavy metals from polluting the environment and will apply to:

The new regulations derive from the EU directive 2006/66/EC the ‘Batteries and accumulators and waste batteries and accumulators Directive published in September 2006. This replaces 91/157/EEC, which has not succeeded in controlling environmental risks or to create a homogeneous framework for the collection and recycling of batteries. The new directive offered a greater scope, for example, including ‘button cells’ compared to the previous one that only focused on articles containing Mercury, Cadmium and Lead.

The aim of the directive is to reduce the environmental impact of waste batteries and accumulators, therefore the regulations put the responsibility for collecting and recycling spent items on producers and distributors, with these parties covering the associated costs. Batteries and accumulators are to be collected at the end of their life and recycled, the cost of which needs to be borne by the manufacturer.

The new regulations share similarities with the Waste Electrical and Electronic Equipment (WEEE) Regulations 2006 and the restriction of the use of certain hazardous substances in electrical and electronic equipment (RoHS) in that the regulations:

Other key requirements of the regulations include:

On the 28th September 2008, it was confirmed that seven EU member states had transposed the directive into national legislation. The EC will review these statutory instruments to determine whether the directive has been fully implemented. For those states that have not met the deadline, the EU will take appropriate infringement action.

The regulations apply to all types of batteries and accumulators marketed in the EU, whether they are sold as individual items or as part of electrical items, and apply equally to domestic and industrial markets.

There are various compositions used in Dry Cell batteries:

Responsibilities for manufacturers, designers and distributors

There will be a number of duties imposed on this group. These include:

For the end-user of batteries and accumulators, the requirements are:

The Directive requires that member states make provision to prevent this type of disposal. In addition, provisions need to be made to inform end users which can be done through a number of campaigns covering issues such as the impact waste batteries can have on the environment and subsequently on human health. Furthermore, end users need to know their local collection and recycling requirements and facilities.

Currently, only between 0.5% and 2% of the UK’s waste batteries are being recycled. The bulk is sent to landfill, where heavy metals such as cadmium and mercury can leak from batteries, polluting the soil and water. Cadmium, for example, bio-accumulates in fish and causes harm to humans and wildlife. Britain’s record for battery recycling lags behind the rest of Europe, where rates range from 14% in Belgium to 59% in Spain. 1

It is now a legal requirement that recycling schemes are put in place, with a ban on landfill and incineration of untreated waste produced from industrial and vehicle items.

Each member state is required to collect:

In addition there are targets for recycling spent items. Recycling should exclude energy recovery. There are different targets for each type of battery, these are:

By September 2009 at the latest, all batteries already collected must be treated or recycled using the best available techniques. Storage facilities for collected items are required to meet a certain standard to prevent leakage in to the environment. All fluids, acids etc will need to be removed, treated and stored at sites with impermeable surfaces and weatherproof covering as well as being housed in suitable containers.

The EC has sanctioned treatment and recycling taking place outside the EU provided that member states adhere to EU legislation relating to the shipment of waste.

The majority of waste automotive and industrial lead acid batteries in the UK are recycled at one of two UK lead smelters, Britannia Refined Metals in Kent and H.J. Enthoven & Sons in Derbyshire. There are no UK facilities for recycling NiCd batteries and UK batteries separated for recycling are exported to the SNAM facility in France for processing. The principal UK mercury processing facility that accepts button cells for treatment is Odin Technology, although Mercury Recycling also process spent button cells. The majority of spent silver oxide batteries are reprocessed by Engelhard Ltd. 2

In 1995, Belgium formed Bebat to collect used batteries in compliance with Belgian regulations. Costs of the program are financed through an environmental fee per battery to the consumer. Today, more then 800 companies are registered with Bebat. Used batteries may be returned at more than 20,000 Bebat locations at retail establishments, schools, and elsewhere. Recycling rates are high in Belgium relative to other Member Nations. 3

Reba Organizacja Odzysku is a national battery recovery organization in Poland established and owned by manufacturers and importers of batteries to perform the functions necessary to implement the 2006 EU Battery Directive and two subsequent Polish ordinances. Reba has established a system of collection and recovery for waste batteries and portable accumulators, in collaboration with a broadly expanded network of partner entities and institutions. Prizes are awarded to schools for their battery collection efforts. 5

The German Battery Decree of 2001 obligates manufacturers to take back portable and rechargeable batteries free of charge from retailers or municipalities, and to recycle them (or dispose of non-recyclable batteries) in accordance with the provisions of the German Waste Management and Recycling Act. Batteries are labelled as hazardous when they contain hazardous chemicals. GRS Battarian the organization of German battery manufacturers and importers, prepares an annual report on battery circulation, collection, and recycling. 6

Accountability and the future

There are a number of monitoring and reporting requirements for member states so that the EC can review the progress made and make any necessary adjustments in future directives.

One aspect will be to develop a common method of calculating sales of batteries and accumulators for each member state (as the targets set are percentages of items sold).

Member states are required to report to the EC in 2012 and then at three yearly intervals. The reports must include progress on recycling efforts and the technology used as well as how implementation of the directive is progressing. The EU will then publish its own report on the subject collating data from each individual report provided. A review of the directive will follow this round of reporting. Possible outcomes may be a review of the directive to identify any adjustments that may be necessary. Furthermore, the report will seek to identify further risk management measures that might be necessary and monitor the progress of collection and recycling targets. Each member state will be held to account on its performance.

So far the UK lags behind its European counterparts when it comes to recycling batteries nevertheless with strict legal targets in place and proper funding from industry there may well be an increased appetite for change. The regulations place responsibility for reducing waste through treatment and recycling with the manufacturer, but the actions of the consumer are crucial to its success.

On 28th September 2008, seven EU member states, the UK being one of them, had informed the European Commission (EC) that they had implemented the directive, and it is now in the hands of the commission to ascertain whether the national legislation successfully meets the criteria of the directive. It is also up to the commission to take action against those states that have yet to make new laws.

Environment Commissioner Stavros Dimas said: “The revision of the Batteries Directive represents another important step towards our goal of making Europe into a recycling society. By setting collection targets and requiring recycling, this legislation will also help to protect the health of European citizens and contribute to making consumption and production in the EU more sustainable. Those Member States that have not yet transposed it should do so without delay.” 7

Links to sources of information 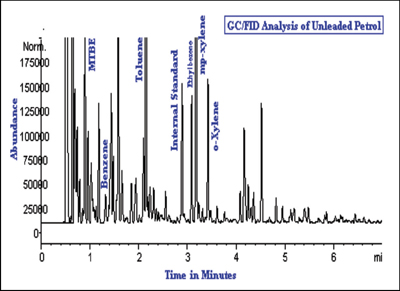 Something Not To Be Sniffed At 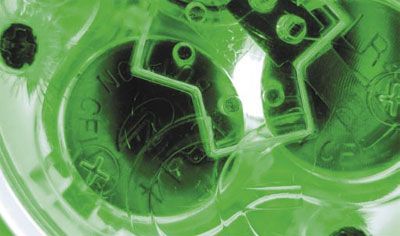