Huber Ministats are the world’s smallest cooling circulators. Thanks to their compact dimensions, the units can be operated in very confined spaces, for example in a laboratory fume cupboard or inside a technical plant. Despite their minimal size, the systems are extensively equipped and offer sufficient performance for temperature control of photometers, refractometers, viscometers, distillation apparatuses, reaction tubes and mini-plants. Ministats are primarily used for temperature control of externally connected applications. Still, their bath openings are large enough to permit the temperature control of smaller objects directly in the bath.

“despite their minimal size, the systems are extensively equipped and offer sufficient performance for temperature control of photometers”

The Ministat series comprises three basic models, each of which is available in an air-cooled and a water-cooled variant. Depending on the model, operating temperatures of -45 to +200 °C are covered and refrigerating capacities of up to 600 Watt are reached. The efficient pressure-suction pump with infinitely adjustable speed ensures optimum transfer of the heat to the application. The Ministats furthermore comprise the touchscreen controller Pilot ONE with its 5.7“colour display and USB and network connections. Another benefit is the electronic upgrade function which enables additional features such as programmer, cascade regulation, ramp function, user menus, calendar start, and graphic display. Analogue connections according to NAMUR are available via the optional [email protected] module, which allows for integration of the Ministats in plants and process control systems.

We are the technology leader for high precision thermoregulation in research and industry. Our products ensure precise temperature control in laboratories, pilot plants and production processes. The product range offers solutions for all thermoregulation tasks from -125 to +425°C. 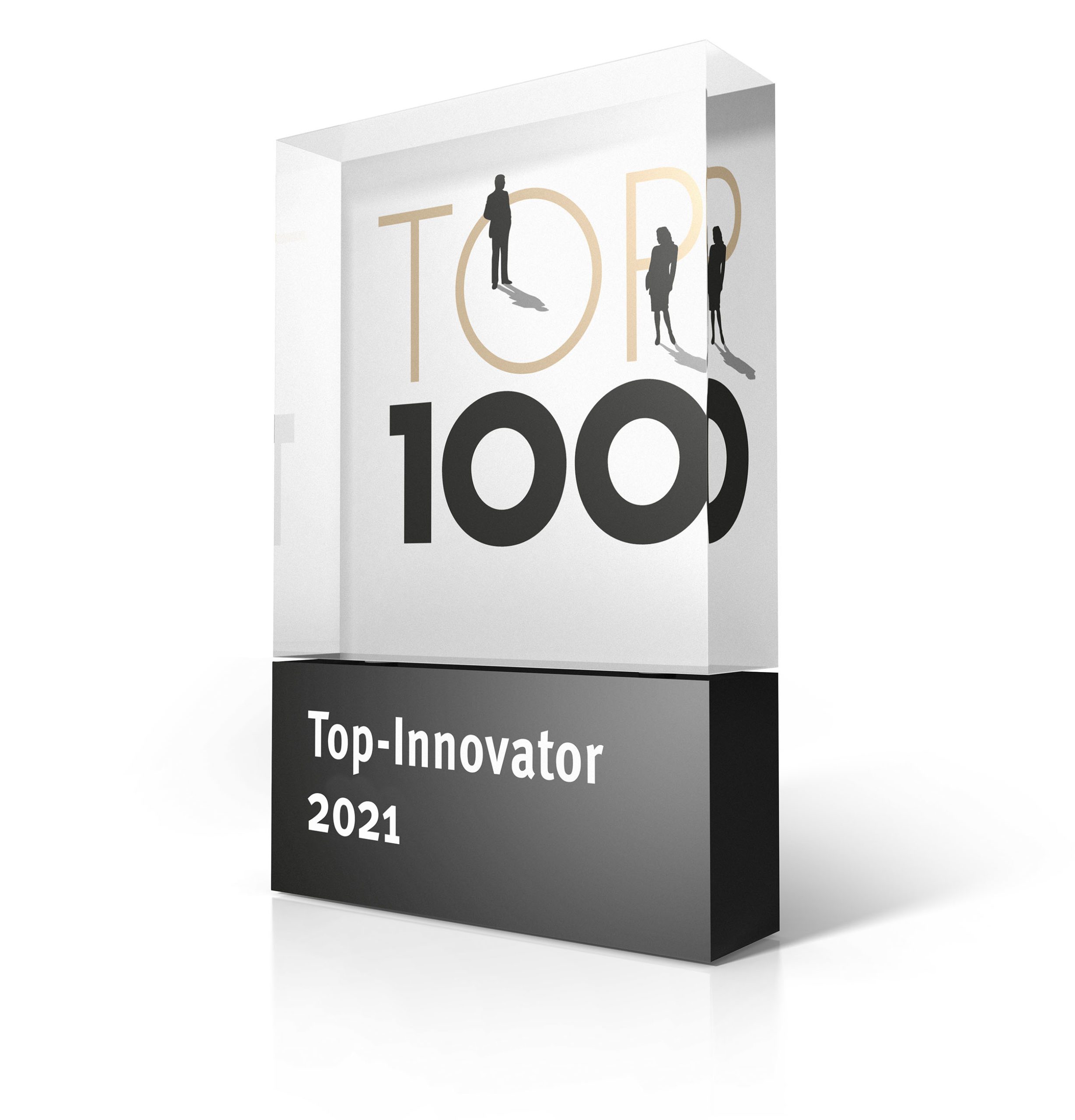 Huber is once again among the TOP 100 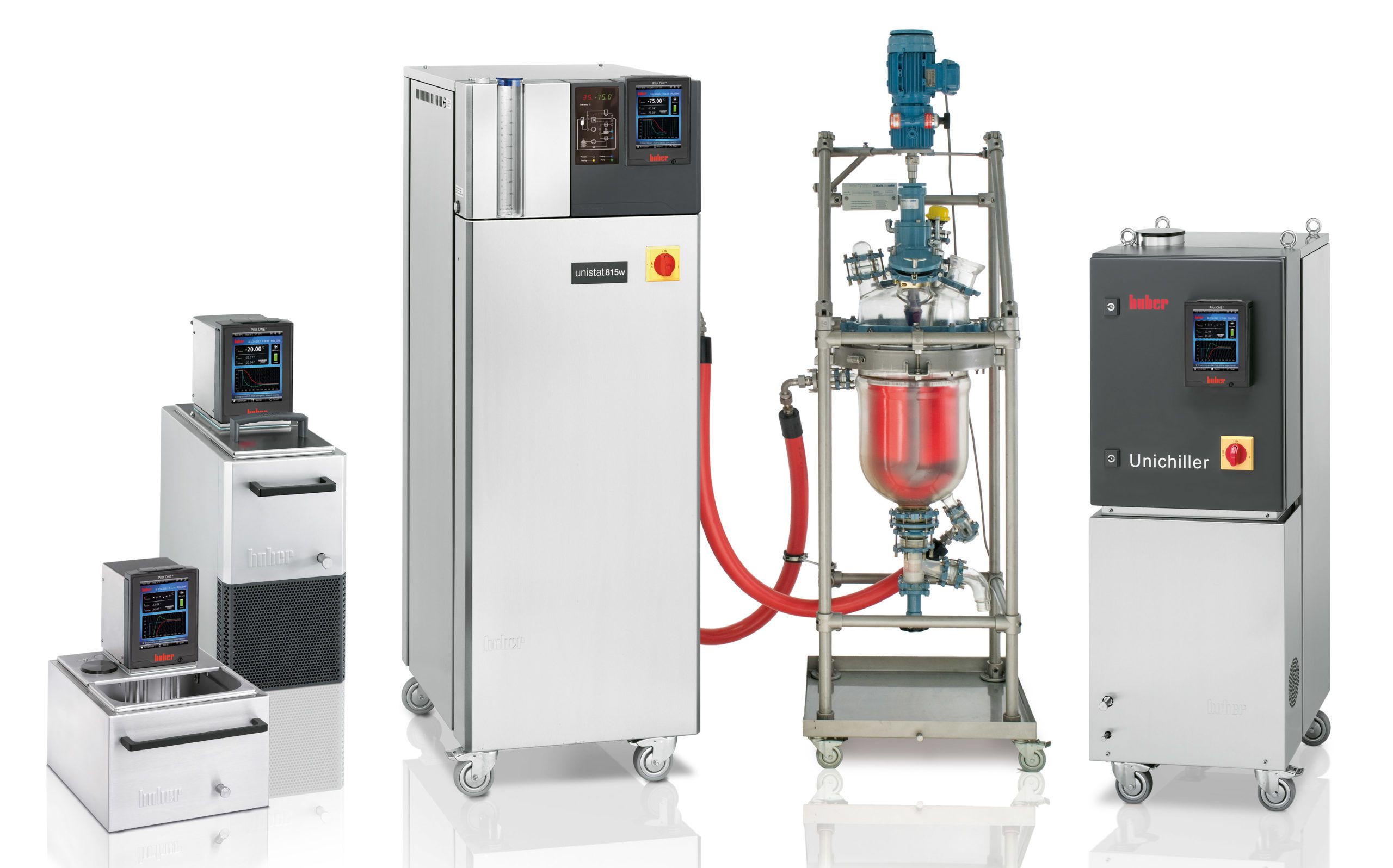 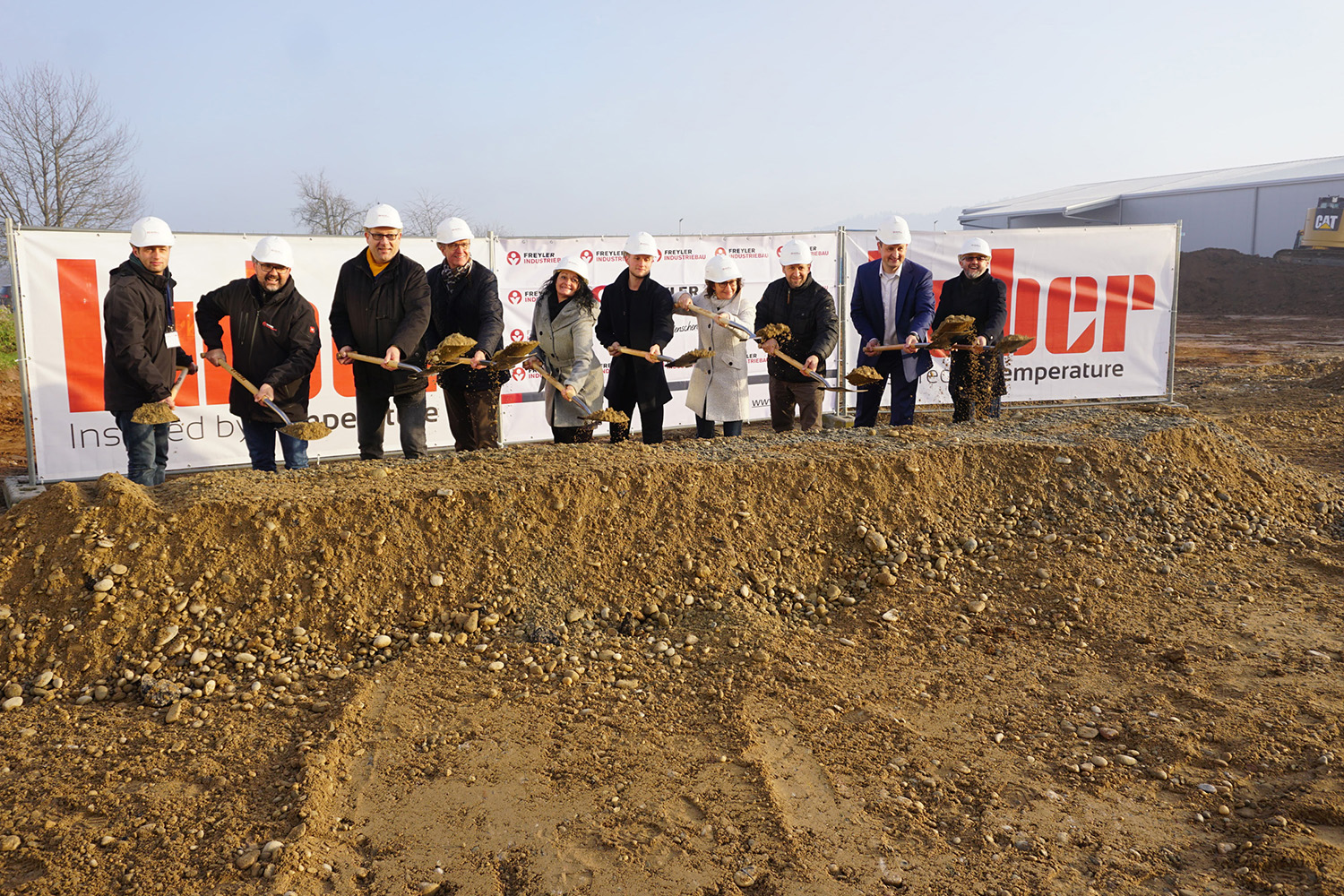 Huber Again Invests in the Future 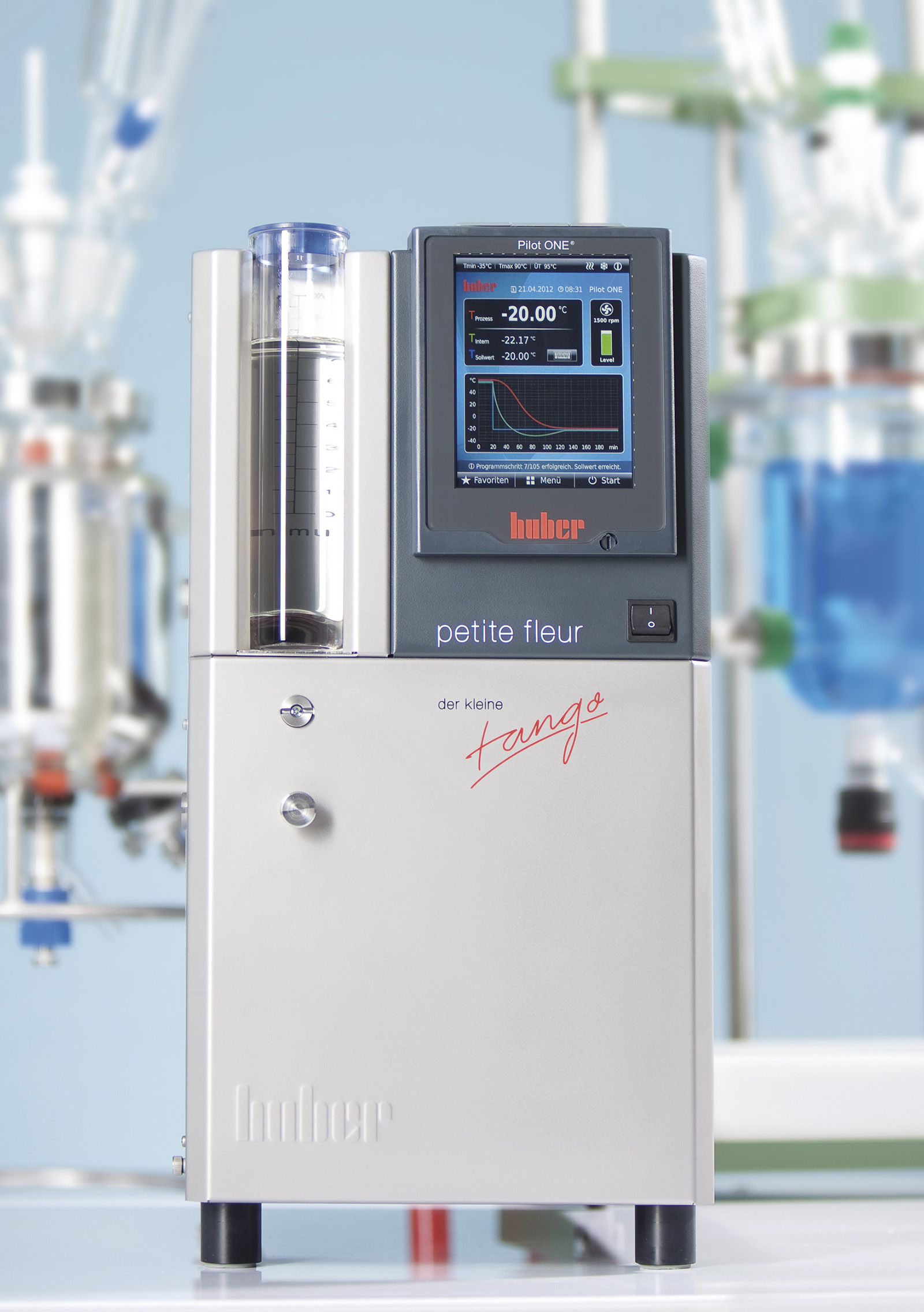 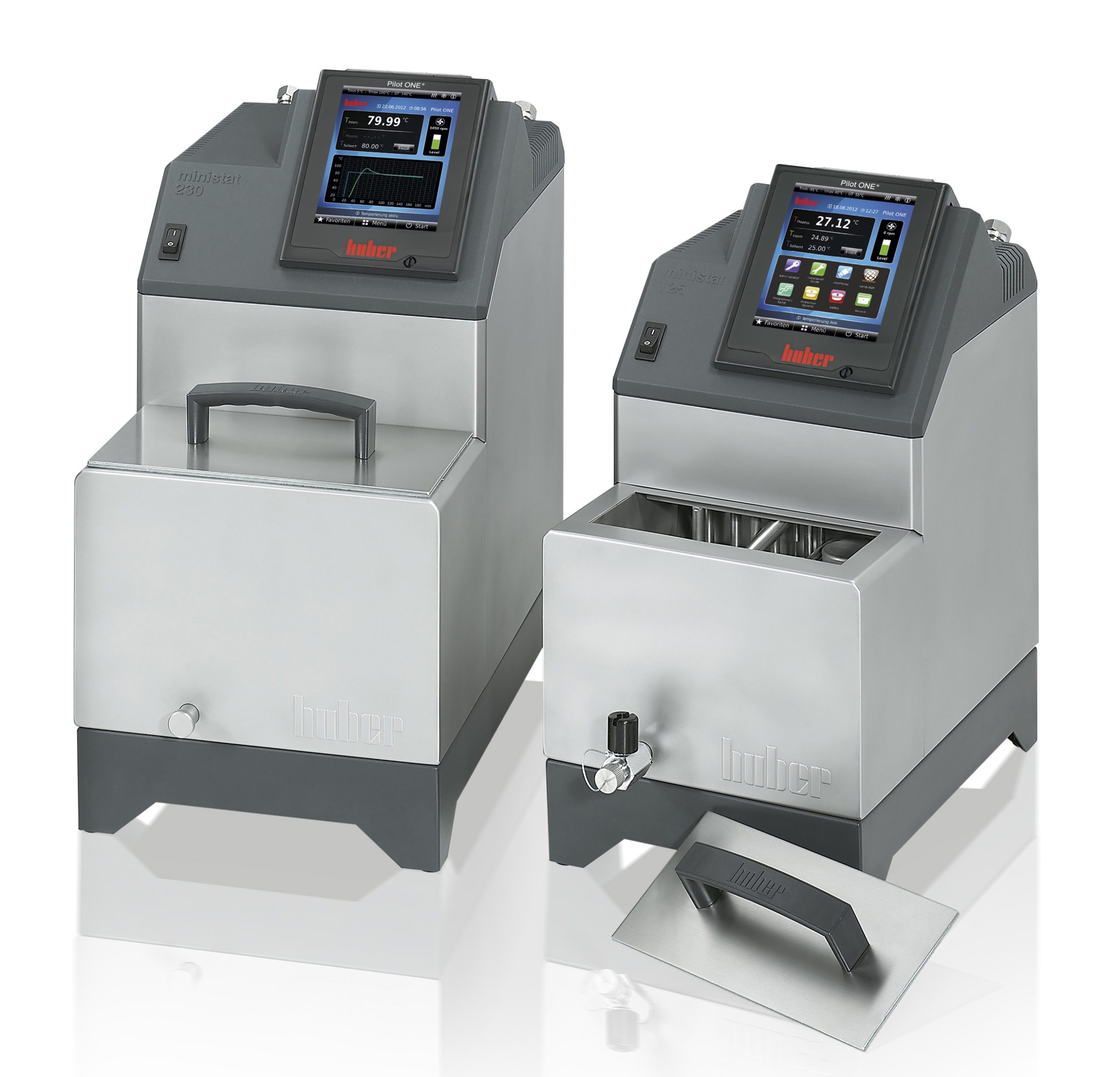 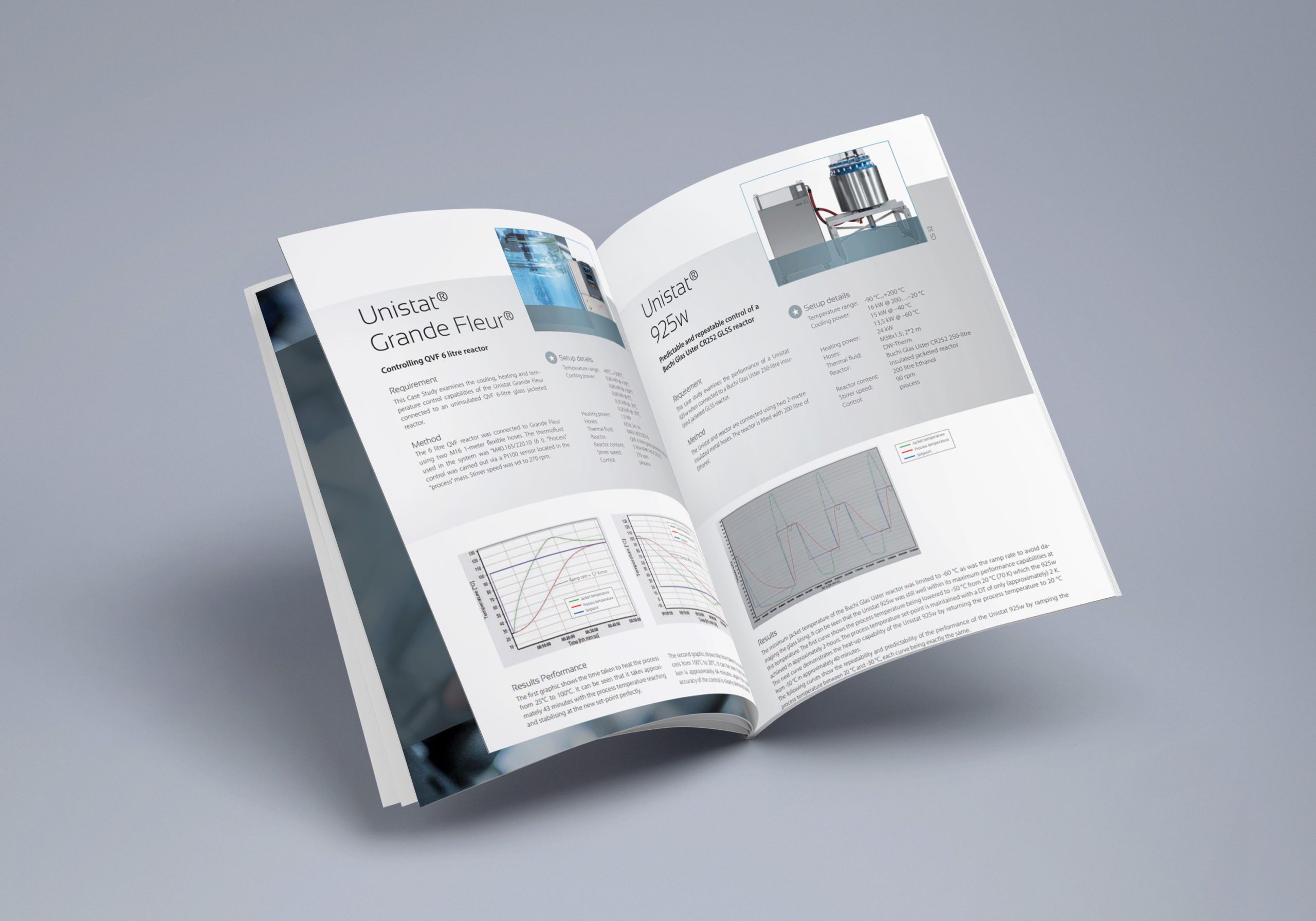