By The Ocean Cleanup

San Francisco (USA) and Rotterdam (the Netherlands), September 8, 2018 – The Ocean Cleanup, the Dutch non-profit organization developing advanced technologies to rid the oceans of plastic, today launched the world’s first ocean cleanup system from the San Francisco Bay. The cleanup system (“System 001”) is heading to a location 240 nautical miles offshore for a two-week trial before continuing its journey toward the Great Pacific Garbage Patch, 1,200 nautical miles offshore, to start the cleanup. System 001 is being towed from the San Francisco Bay by the vessel Maersk Launcher, which has been made available to the project by A.P. Moller-Maersk and DeepGreen, its current charter holder.

Hundreds of scale-model tests, a series of prototypes, research expeditions and multiple iterations have led to The Ocean Cleanup having sufficient confidence in its technology to launch its first full-scale cleanup system. System 001 consists of a 600-meter-long (2000 ft) U-shaped floating barrier with a three-meter (10 ft) skirt attached below. The system is designed to be propelled by wind and waves, allowing it to passively catch and concentrate plastic debris in front of it. Due to its shape, the debris will be funnelled to the center of the system. Moving slightly faster than the plastic, the system will act like a giant Pac-Man, skimming the surface of the ocean.

The system will be deployed in the Great Pacific Garbage Patch, the world’s largest accumulation zone of ocean plastics. Situated halfway between Hawaii and California, the patch contains 1.8 trillion pieces of plastic, and covers an area twice the size of Texas.

The Ocean Cleanup anticipates that the first plastic will be collected and returned to land within 6 months after deployment. This will mark the first time that free floating plastic will have been successfully collected at sea. After returning the plastic to land, The Ocean Cleanup plans to recycle the material into products and use the proceeds to help fund the cleanup operations.

While the main objective of System 001 is to prove the technology and start the cleanup, a secondary goal is to collect performance data to improve the design for future deployments. Hence, the system is equipped with solar-powered and satellite-connected sensors, cameras and navigation lights to communicate the position of System 001 to passing marine traffic, and enable extensive monitoring of the system and the environment. After delivery of the system to the Great Pacific Garbage Patch, the Maersk Launcher will remain active as an observation platform for several weeks.

“Maersk contributes to the protection of the ocean environment through our sustainable activities in both ocean and land-based activities. As a responsible maritime operator, we are committed to ensuring that the oceans remain a healthy environment for generations to come. We are therefore very pleased to contribute with services and equipment to The Ocean Cleanup.” says Claus V. Hemmingsen, Vice CEO of A.P. Moller – Maersk and CEO of the Energy division.

Boyan Slat, Founder and CEO of The Ocean Cleanup, stated: “I am incredibly grateful for the tremendous amount of support we have received over the past few years from people around the world, that has allowed us to develop, test, and launch a system with the potential to begin to mitigate this ecological disaster. This makes me confident that, if we manage to make the technology work, the cleanup will happen.”

Boyan Slat added, “Today’s launch is an important milestone, but the real celebration will come once the first plastic returns to shore. For 60 years, mankind has been putting plastic into the oceans; from that day onwards, we’re taking it back out again.”

FOUNDED 2013 Dutch inventor Boyan Slat founded The Ocean Cleanup at the age of 18 in his hometown of Delft, the Netherlands.

POPULAR POSTS BY The Ocean Cleanup 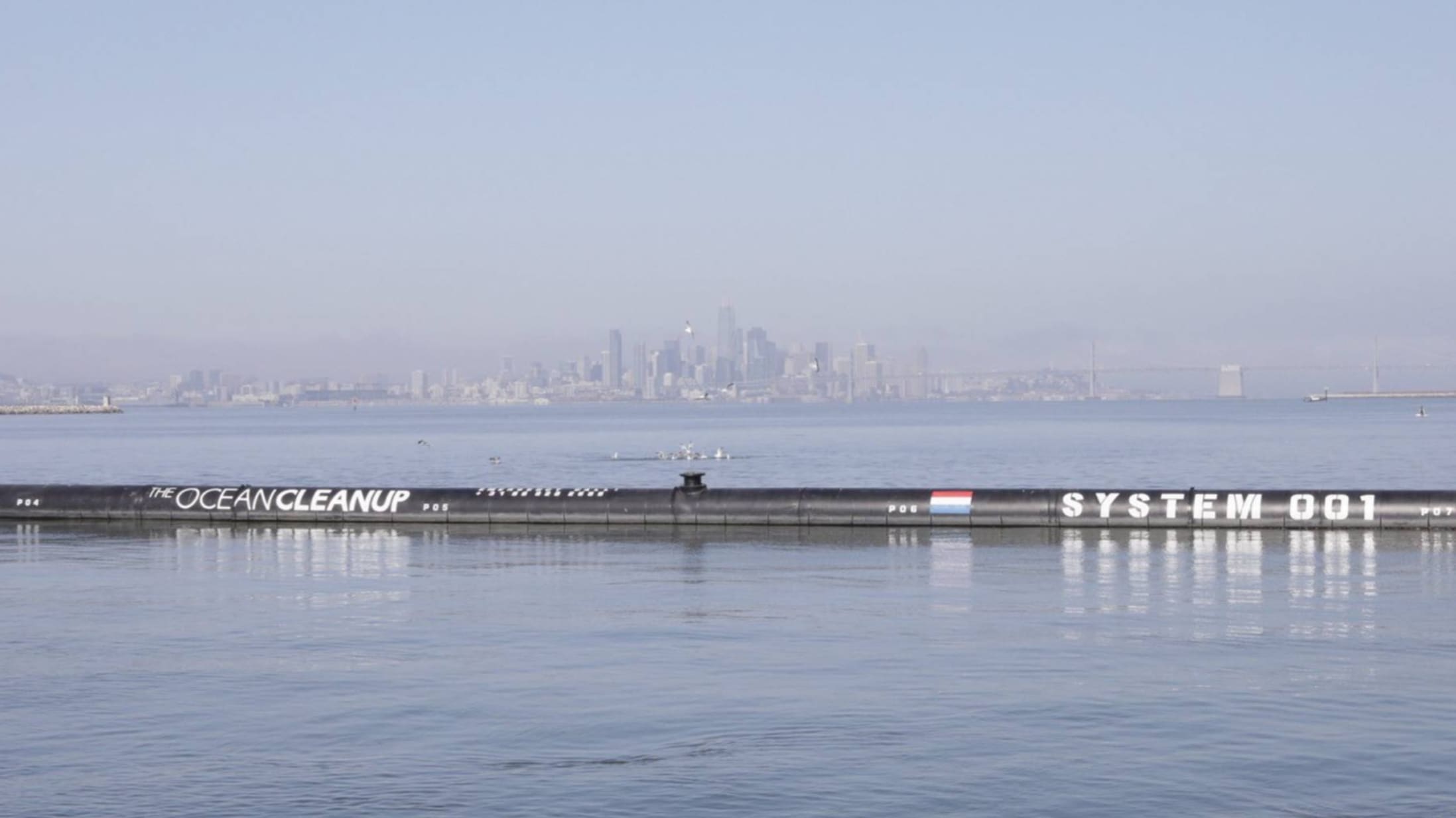