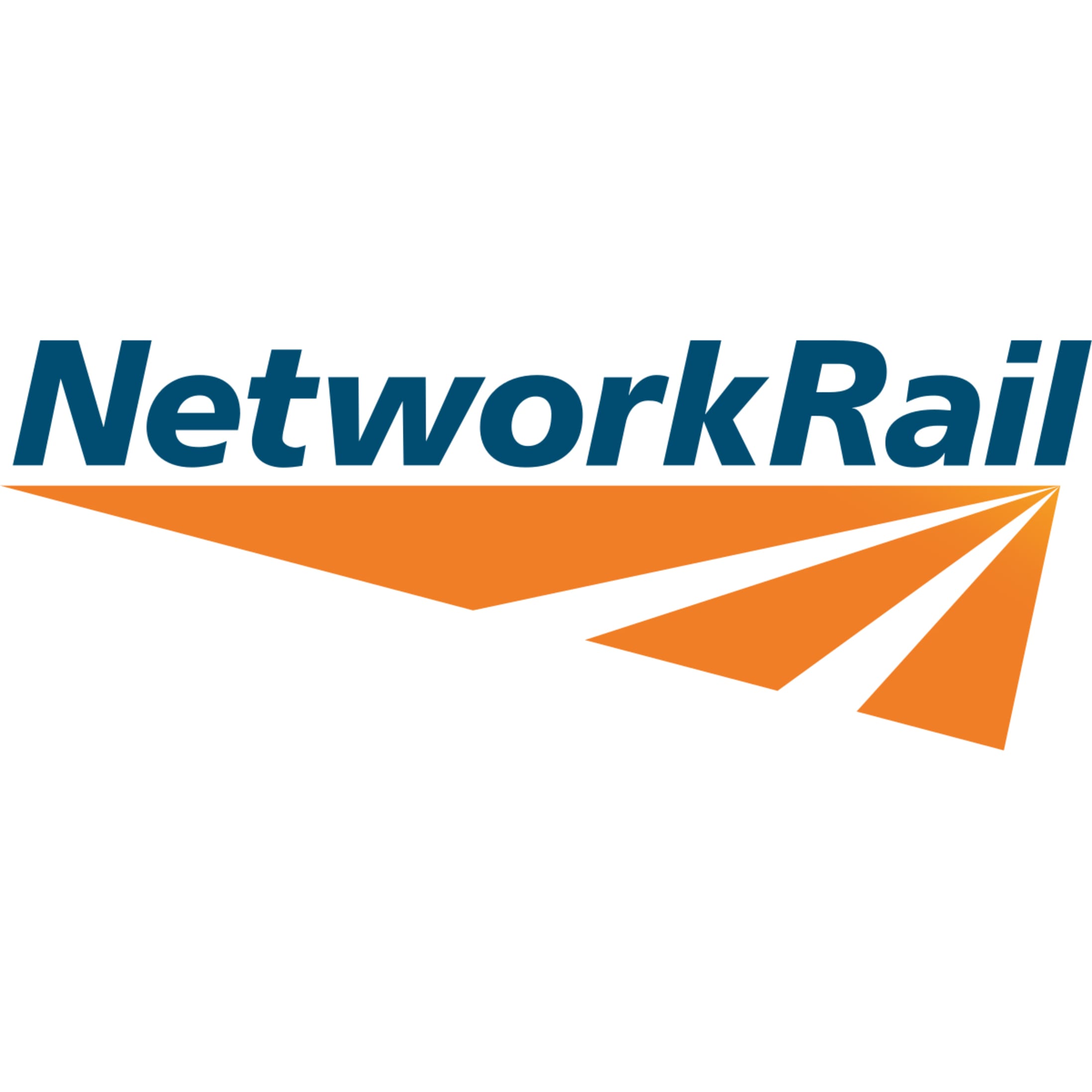 To mark National Refill Day Network Rail has today announced that passengers have helped save the equivalent of 150,000 plastic bottles from landfill through the introduction of free drinking water fountains.

If stacked end to end the bottles would stretch to roughly 35km – 114 times higher than The Shard, or roughly the distance between Central London and Windsor.*

Network Rail’s free drinking water initiative first launched in London Charing Cross in February this year and has since been expanded to nine of the country’s largest railway stations, including Liverpool Lime Street, Birmingham New Street, Manchester Piccadilly and London Euston, with each location saving the equivalent of up to 1,000 plastic bottles each week.

A further 11 stations are set to have water fountains by the end of the year, meaning passengers in Network Rail stations will have saved up to 368,000 plastic bottles by the end of 2018.

The scheme seeks to encourage passengers and other station users to refill their own multiple use water bottles rather than buying plastic ones, and forms part of Network Rail’s wider ambitions to be a market leader in sustainability and reduce the impact of plastic waste at its stations.

The initiative also complements the organisation’s recently announced plans to work with retailers to end the supply of plastic cutlery and cups; implement a coffee cup recycling scheme; and expand the roll out of coffee ground recycling in all managed stations by 2020.

“This is one of the many things we are doing to help our country become more sustainable. These small, but important steps, will help provide a healthier and greener future, for passengers and the planet.”

“Network Rail is proud to support City to Sea’s National Refill Day. It’s a great initiative, reminding people of an important but simple action they can take to reduce single-use plastics – something that we’re committed to doing with our free-drinking water scheme.

“Our water fountain rollout is already going a long way to reducing plastic pollution and it is fantastic to see the progress made so far, with 150,000 bottles saved in 2018 – contributing to the 94% of waste that Network Rail as a company already diverts from landfill.

“The initiative is not only a great example of how we’re committed to making our stations more sustainable but shows how we’re delivering a great experience for our 900m managed station users, making it as easy as possible for them to refill their bottles on the go. We are also actively encouraging retailers in our managed stations to provide free water to customers where they are able to.”

Natalie Fee, founder and CEO of City to Sea, said:

“It’s brilliant to have the support of Network Rail during National Refill Day. As the owner of some of Britain’s biggest and busiest stations, the organisation can play a crucial role in helping prevent plastic pollution at source by making it easier for people to Refill on the go, reducing the need to buy single use plastic bottles.

“It’s been incredible to watch the campaign flourish over the past two years. People want to help stop plastic pollution, and Refill puts the power to do just that in peoples’ hands which is what we want to celebrate on National Refill Day.”

“Its water fountain initiative is helping us to achieve our goal of making tap water more widely available in public spaces, and we hope that it will only go on to empower more millions of people to join the Refill Revolution.”

The announcement also coincides with Recycle Week, which highlights the importance of sustainability issues and what we can all do to have a positive impact on the environment. Network Rail will continue to work with City to Sea to reduce single use plastic and promote free access to drinking water.

You can share your support for National Refill Day at our water fountains and by using the hashtag #NationalRefillDay. To locate your nearest water fountain and find out when your nearest Network Rail managed station launches its water fountain, download City to Sea’s Refill app which is available now.

* – Measurement based on an average 23.5cm 500ml bottle and distance between London and Windsor taken “as the crow flies”.

Network Rail own, operate and develop Britain’s railway infrastructure; that’s 20,000 miles of track, 30,000 bridges, tunnels and viaducts and the thousands of signals, level crossings and stations. We manage 20 of the UK’s largest stations while all the others, over 2,500, are managed by the country’s train operating companies. 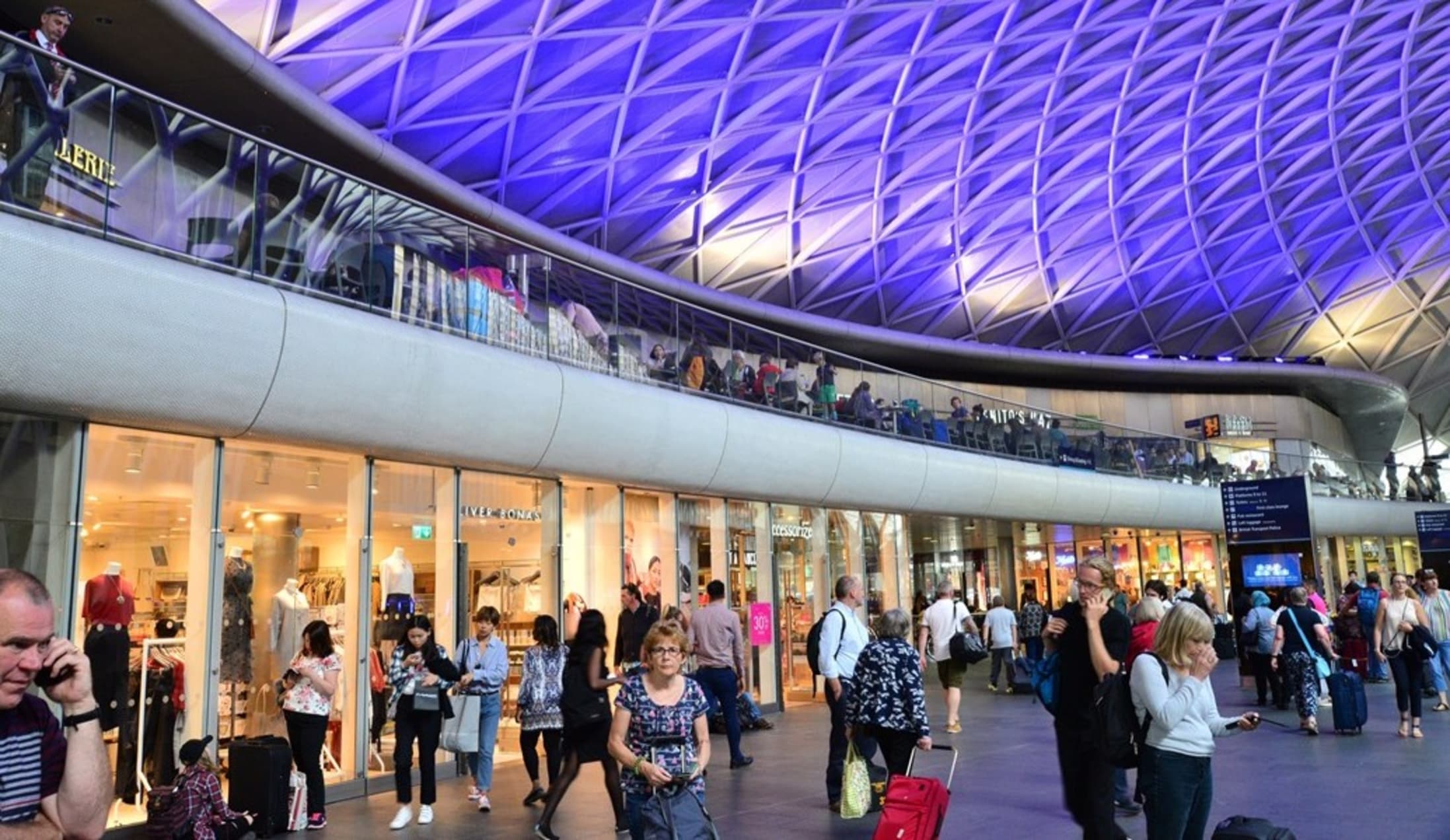 Green Commitments Given Seal of Approval 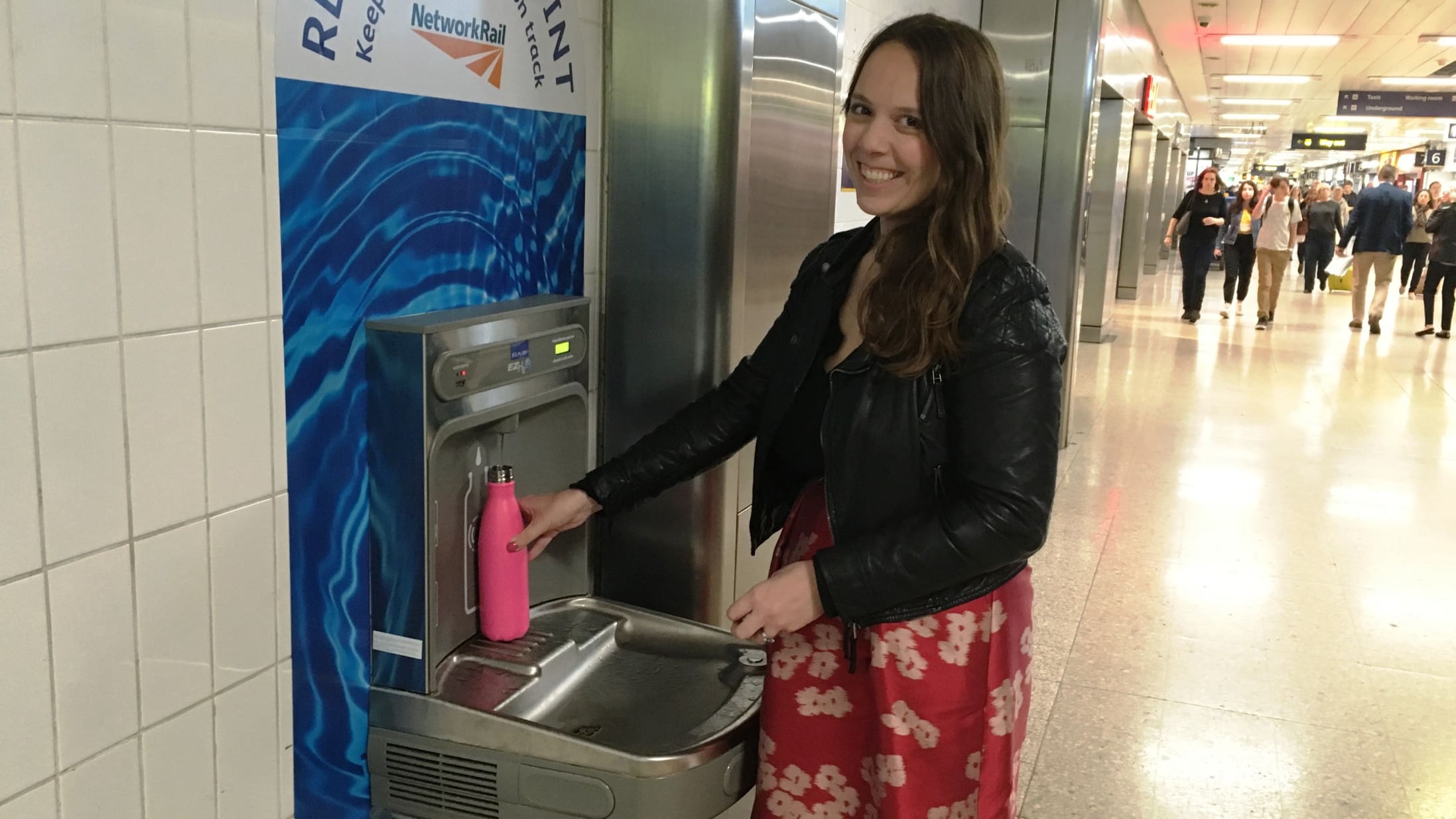