FCC Environment’s Allington Quarry site near Maidstone has been operational as an Energy-from-Waste (EfW) integrated waste management facility since 2008. Under FCC subsidiary Kent Enviropower it takes general waste otherwise destined for landfill and burns it to create steam to generate useful electricity for nearby homes and businesses. 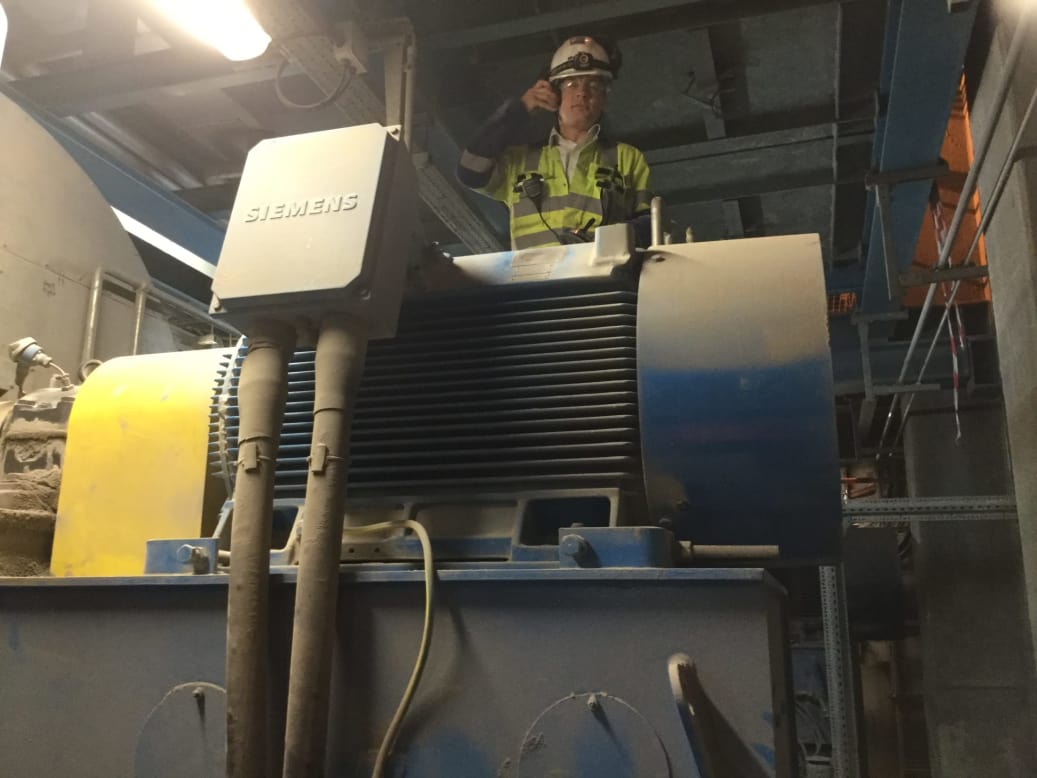 FCC was looking for ways of making energy savings and carbon reductions as part of this EfW process and was also working towards the ISO 50001 energy management standard. The company asked Siemens to do a retrofit upgrade on one of the site’s three furnaces.

At Allington, waste is incinerated at temperatures of over 850 degrees C in a controlled combustion process of a fluidised bed, from which the hot gases are passed through a boiler to create steam which can be used to generate electricity within a district heating system (combined heat and power). Gases created during combustion are treated before being filtered and are continually monitored and recorded to ensure they stay within emission limits set within an Environmental permit. Metal recovered from the bottom ash during combustion is recycled and the remaining ash can be used as a substitute aggregate.

Fan adjustments to optimise energy use 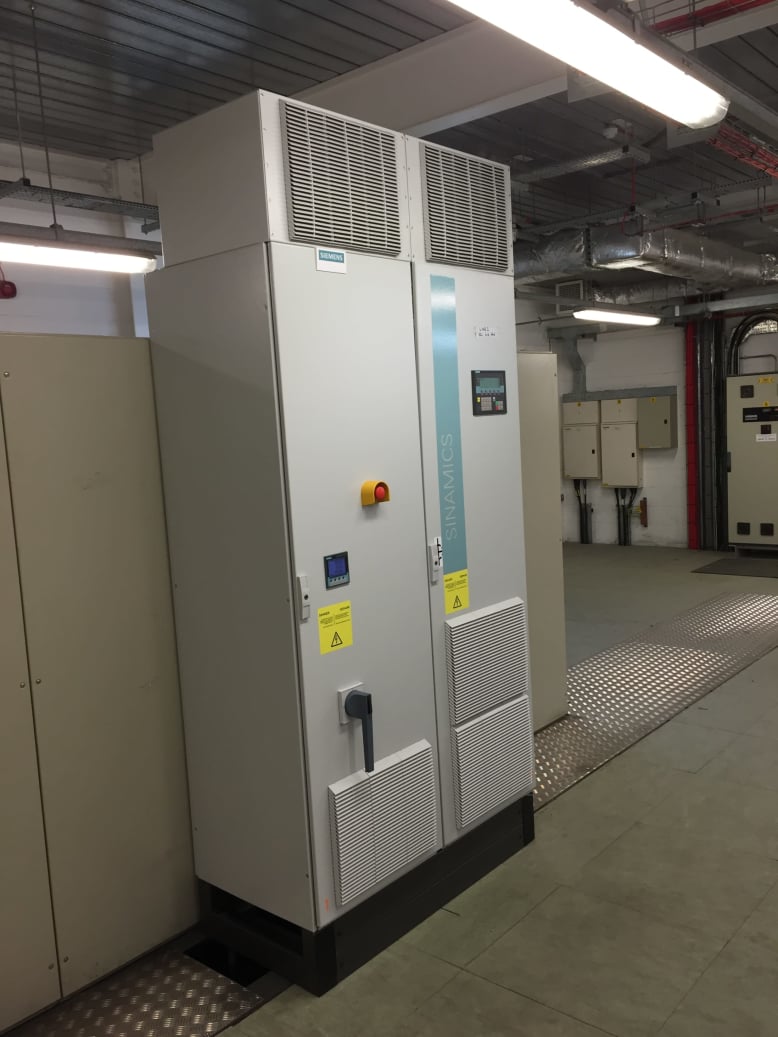 At the Allington site there is a secondary air fan on each of the three furnace lines, helping to push additional air into the furnace which supports a better burn of the different types of waste being burnt; this also reduces potential emissions. Siemens focused on the secondary air fan area of line 2, which had a fixed speed drive with damper. The damper was being modulated (open and closed), depending on the waste being burnt. Siemens identified a good opportunity to reduce energy and CO2 without detrimentally affecting the process – and to make the overall process more efficient.

This secondary air fan was linked to a new Siemens variable speed drive (VSD) and modified existing AC induction motor. It was controlled via the existing DCS and operating process to provide a reference signal to raise or lower the air flow needed to produce a clean burn, subject to the waste being burnt. By doing this, just enough air to the furnace could be managed, making the application more efficient, considerably cutting wasted energy, and at the same time achieving and supporting the emission levels needed for this waste-to-energy power plant.

Since installation and commissioning of the line, the required KWs have reduced substantially, currently saving FCC Environment in excess of £48,000 per year and reducing operating CO2 value by 645 tonnes.

Return on investment (ROI) for the electrical & control installation element of the project was less than a year. FCC Environment’s electrical engineer Jonathan Flavell said that a fan was also replaced during the planned outage, but that the Siemens element of the upgrade produced an impressive ROI of around 11 months: “We would have had a faster ROI had we not done some other replacements, but are still delighted in the results we are getting and are now looking at upgrading the other two lines in a similar way.” 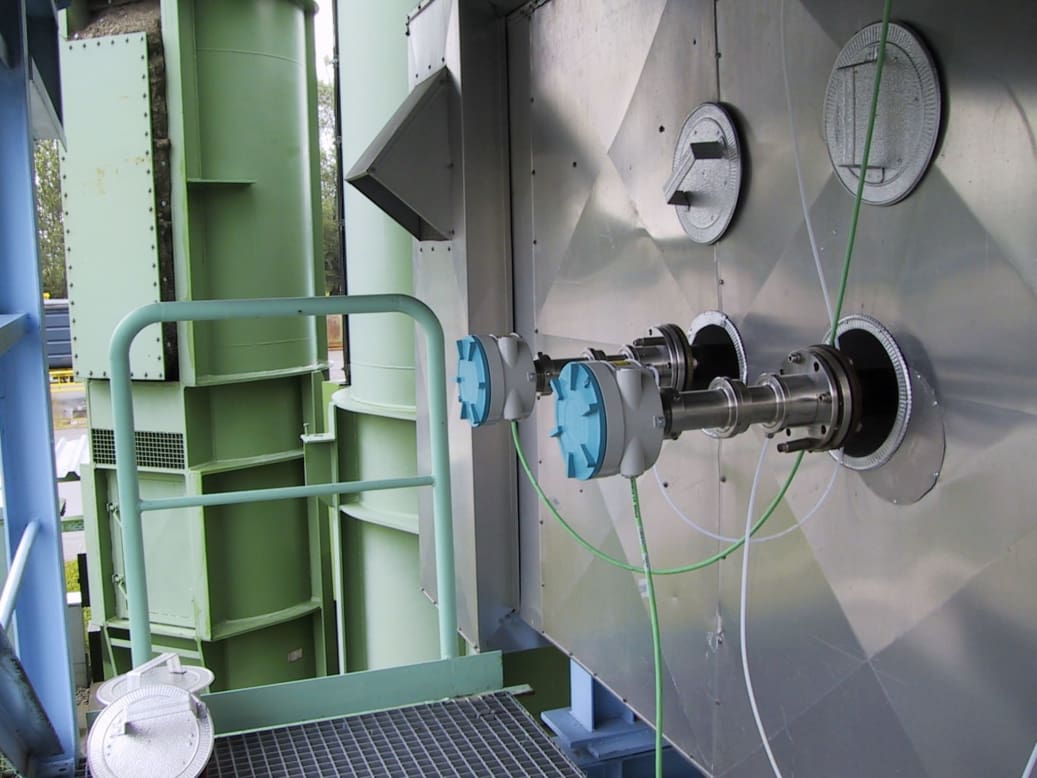 These optimisations of energy and CO2 use were mainly achieved through the use of modified PLC, motor and drive – a Siemens Integrated Drive Systems (IDS) Total Engineered solution, where all drive train components work harmoniously together to maximise performance and whole asset life reliability. Siemens DFPD application specialist Gary Palmer commented, “By improving particular elements of the process, a significant difference can be made to ongoing energy use, bringing immediate savings and a rapid return on investment.” 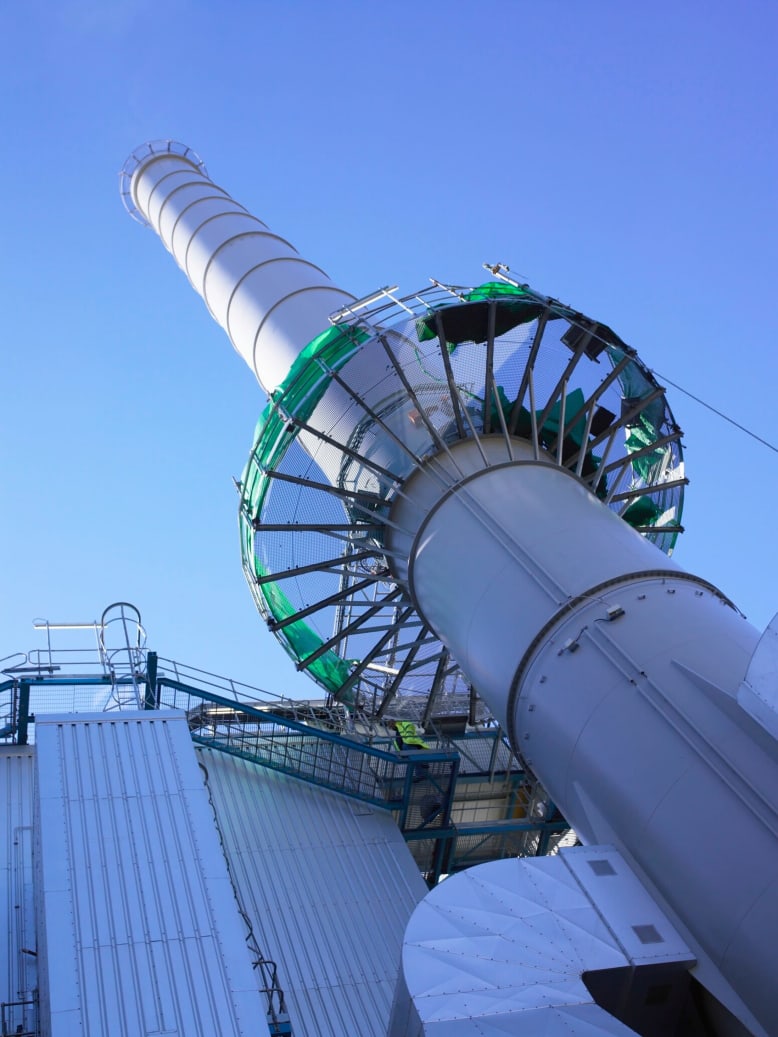 Siemens was also able to help FCC Environment on one of its other sites to improve its emission abatement technology in line with environmental requirements. At Nottingham Siemens’ laser gas analyser technology was installed to measure emissions during the burn process, enabling FCC to take pre-emptive actions on gas cleaning procedures by introducing abatement or neutralising media, as FCC’s Philip Eyre explained. “We use lime and bicarbonate of soda to perform the cleaning function and methods to ensure we only use the optimum quantities of lime have a direct and beneficial impact on our day-to-day operating costs. Reducing lime consumption and associated costs such as transport, whilst maintaining our emissions performance, has been a key project objective. We are delighted with the results so far.”

The LDS 6 insitu gas analyser had to be capable of operating within the extremely aggressive conditions inherent in the incineration environment, consistently and effectively. A periodic back purge on the extractive gas analyser due to the high dust content was also designed into the system by Siemens, as laser and CGA product manager Shawn Pullman confirmed: “The specification of a tuneable diode laser analyser offering real time measurement for the hydrochloric acid gas meant this hard-to-measure gas could be handled within the concentration levels experienced on site.”

The gas analyser project at the Nottingham site has brought significant benefits, with payback expected within two years.

Siemens AG (Berlin and Munich) is a global technology powerhouse that has stood for engineering excellence, innovation, quality, reliability and internationality for more than 165 years. The company is active in more than 200 countries, focusing on the areas of electrification, automation and digitalisation. One of the world’s largest producers of energy-efficient, resource-saving technologies, Siemens is a leading supplier of efficient power generation and power transmission solutions and a pioneer in infrastructure solutions as well as automation, drive and software solutions for industry. The company is also a leading provider of medical imaging equipment – such as computed tomography and magnetic resonance imaging systems – and a leader in laboratory diagnostics as well as clinical IT. In fiscal 2016, which ended on September 30, 2016, Siemens generated revenue of €79.6 billion and net income of €5.6 billion. At the end of September 2016, the company had around 351,000 employees worldwide. Further information is available on the internet at www.siemens.com.