By University of Antwerp

Researchers from the University of Antwerp and KU Leuven have succeeded in developing a process that purifies air and, at the same time, generates power. The device must only be exposed to light in order to function.

“We use a small device with two rooms separated by a membrane”, explains professor Sammy Verbruggen (UAntwerp/KU Leuven). “Air is purified on one side, while on the other side hydrogen gas is produced from a part of the degradation products. This hydrogen gas can be stored and used later as fuel, as is already being done in some De Lijn hydrogen buses, for example. ”

In this way, the researchers respond to two major social needs: clean air and alternative energy production. The heart of the solution lies at the membrane level, where the researchers use specific nanomaterials. “These catalysts are capable of producing hydrogen gas and breaking down air pollution”, explains professor Verbruggen. “In the past, these cells were mostly used to extract hydrogen from water. We have now discovered that this is also possible, and even more efficient, with polluted air.”

It seems to be a complex process, but it is not: the device must only be exposed to light. The researchers’ goal is to be able to use sunlight, as the processes underlying the technology are similar to those found in solar panels. The difference here is that electricity is not generated directly, but rather that air is purified while the generated power is stored as hydrogen gas.

“We are currently working on a scale of only a few square centimetres. At a later stage, we would like to scale up our technology to make the process industrially applicable. We are also working on improving our materials so we can use sunlight more efficiently to trigger the reactions. ”

The results of this research are published in the scientific journal ChemSusChem.

The picture at the top is of the device that they have created. Picture found on the university of Antwerp press release

The University of Antwerp is a young, dynamic and forward-thinking university. It integrates the assets of its historic roots with its ambition to contribute positively to society.

The University of Antwerp develops, provides access to and disseminates scientific knowledge through research, teaching and service to society. It carries out these tasks in a spirit of academic freedom and responsibility.

Connect with University of Antwerp

POPULAR POSTS BY University of Antwerp 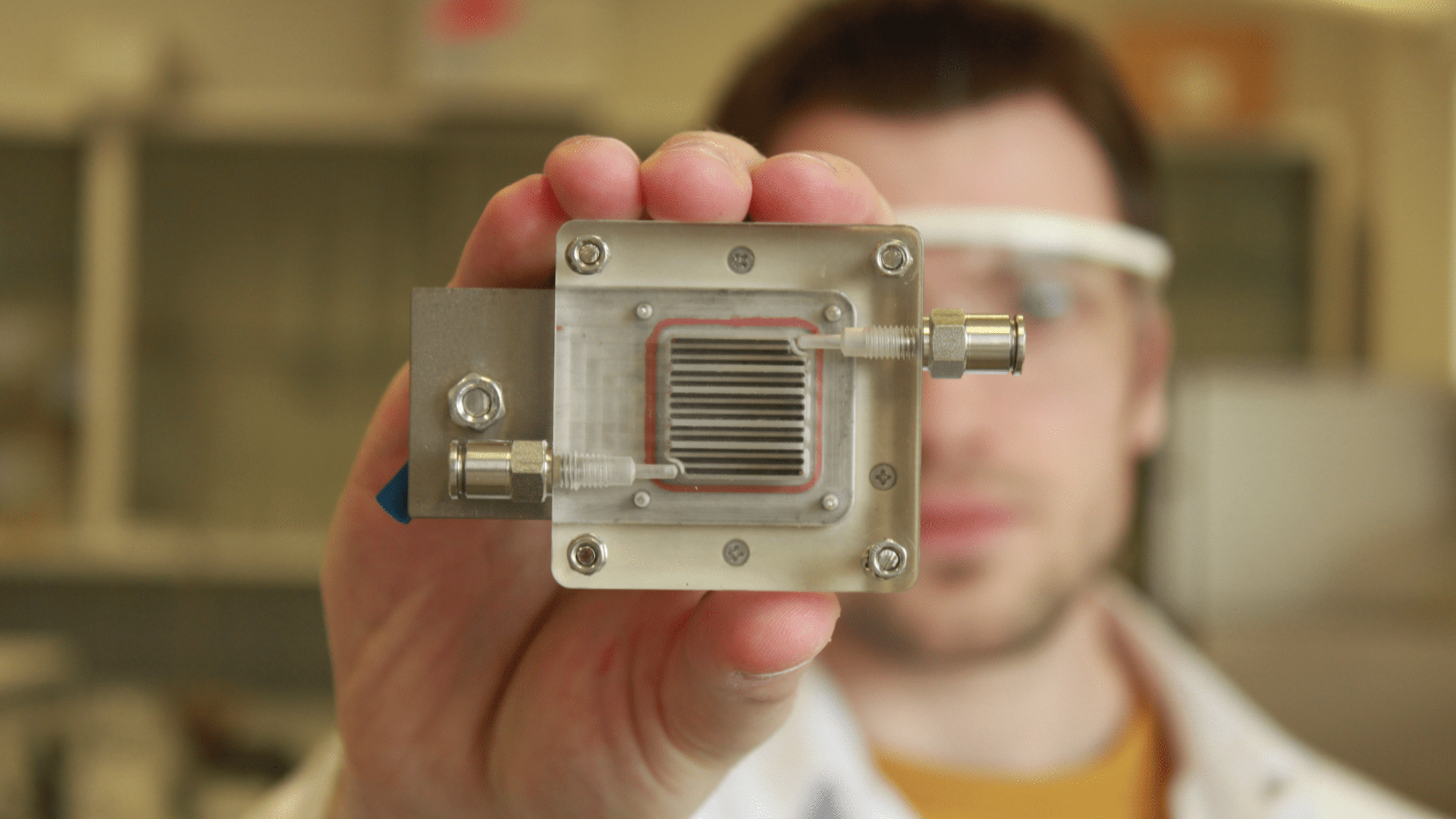