NOx Detectors in the Field

Nitrogen oxides (NOx) are a by-product of nearly every combustion process. The term “nitrogen oxides” is usually used to describe two gases: nitric oxide (NO), a colorless as well as odorless gas, and nitrogen dioxide (NO₂), a reddish-brown gas with an irritating odor. Both gaseous pollutants have diverse negative effects on the environment and human health. They react with ozone molecules in the stratosphere, accounting for the destruction of the ozone layer.

They also play a significant role in the formation of “unwanted ozone” (or ground level ozone) that contributes to the creation of photochemically induced smog. They are also a major contributor to the greenhouse effect and are involved in acid deposition and eutrophication. Therefore it is of vital interest to precisely control and reduce NOx emissions (U.S. Environmental Protection Agency, 1998).

Although some of the NOx emissions are of natural origin, a big part is generated by anthropogenic activities. The main contributors to the NOx emissions in the EU are the transport sector and the industrial sector, of which fossil-fueled power- plants are responsible for the highest quantity of the total NOx emissions from stationary sources. In recent years, widespread and significant efforts were undertaken to control and reduce NOx emissions. Most environmental protection agencies around the world continue to set higher and stricter standards that require power and heat generating plants to reduce CO2, NOx and other emissions significantly. 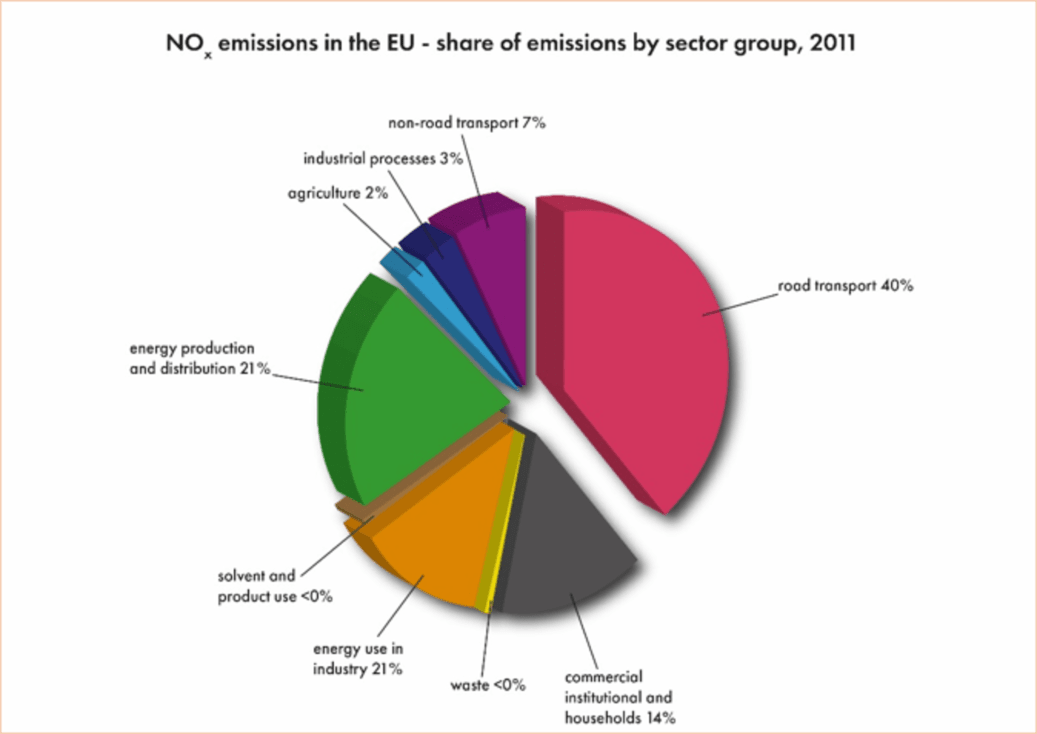 NOx is formed by three different mechanisms during combustion: Thermal (Zeldovich mechanism), Prompt and Fuel-bound (European Commission 2013). A major step forward was made by industrial boiler operators in changing from coal or oil boiler fuels to natural gas. Natural gas-fired boiler burners can achieve significantly lower emissions; however, the problem is not entirely solved. While fuel bound NOx is of no further concern with natural gas, the air used for the combustion process does not cease being a source of nitrogen oxides, because of the prevalent mechanism that supports the formation of thermal NOx.

Several strategies can be followed to decrease the formation of thermal and prompt NOx: reducing the peak temperature, or the residence time or the air content, especially in the combustion zone with the highest temperatures (Spliethoff et al. 1996). Recent developments of specific combustion systems which reduce NOx formation include Low-NOx burner systems with flame temperature adjustment and flue gas recirculation (FGR). These burner systems reduce NOx emissions significantly by lowering the flame peak temperature and slowing down the combustion process. The combination of the two techniques can help to reduce NOx emissions of natural gas-fired boiler burners from 60-90% (U.S. Environmental Protection Agency, 1998). 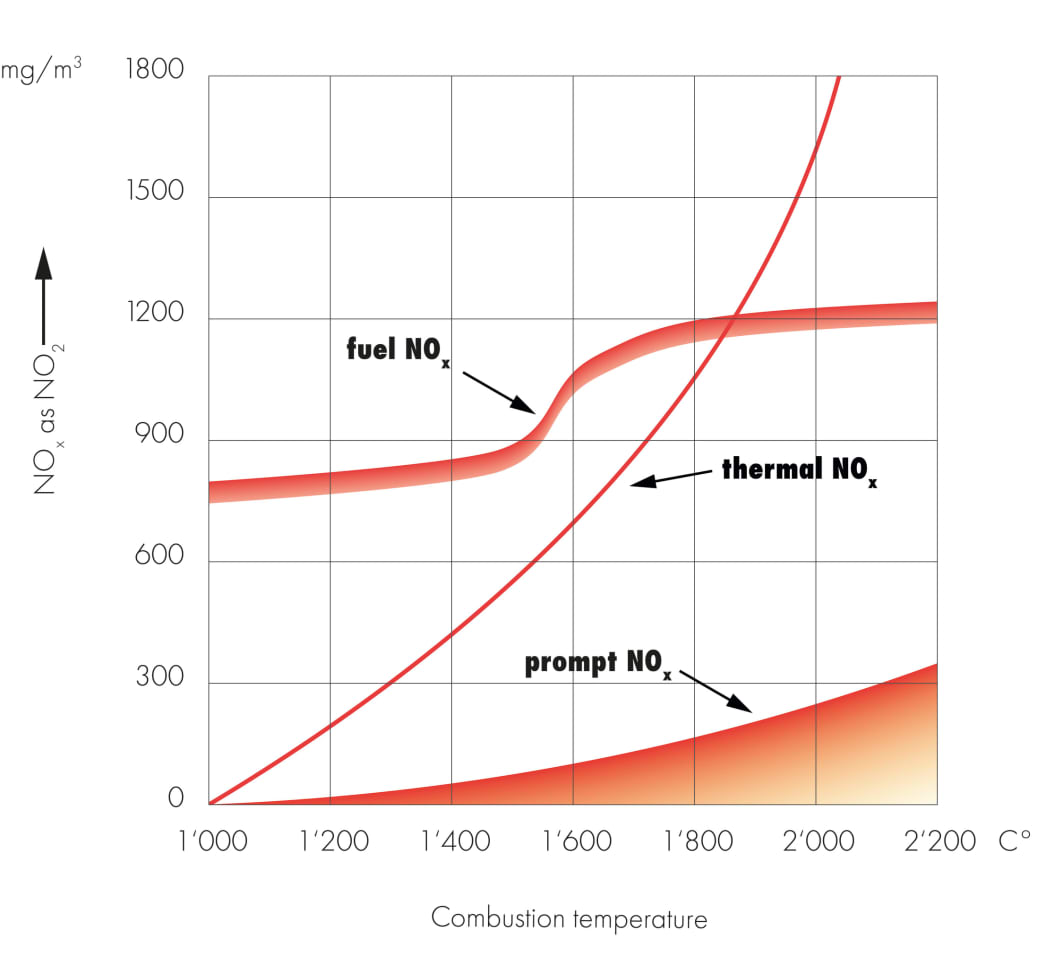 Although modern systems emit less than one-third of the NOx produced by older units, an efficient, clean-burning traditional gas burner, operating at elevated temperatures, still produces significant amounts of nitrogen oxides. In some areas, air quality compliance demands boiler emissions to be further reduced or meet “Ultra-Low NOx” (ULN) standards, which are typically less than 10-12ppm of NOx in the flue gas. In this case, the use of post-combustion control technologies, such as SCR (Selective catalytic reduction) or SNCR (selective non-catalytic reduction), is required. Both techniques are based on the injection of a reducing agent such as NH3 or urea into the flue gas stream, which reacts with the NOx and reduces it to N2, lowering NOx emissions down to only 1ppm (European Commission 2013).

At the forefront of power research, the Aachen University of Applied Sciences conducts pioneering studies with hydrogen as a viable alternative gas turbine fuel within future low emission power generation. The most recent study ‘CFD based exploration of the dry-low-NOx hydrogen micromix combustion technology at increased energy densities’ (A. Haj Ayed, K.Kusterer, H.H.-W.Funke, J.Keinz, D.Bohn, 2017) aims at analyzing the influence of different geometry parameter variations on the flame structure and the NOx emissions in order to identify the most relevant design parameters of the burner. The comprehensive goal is to push forward the maturation of this innovative combustion technology and make it applicable to real gas turbines. For the determination of NOx levels, an ECO PHYSICS CLD 700 ELht was used. The instrument was directly connected to the hot exhaust gas sample. Internal hot tubing and particle filters in the device allow analyses without pre-processing of the gas sample and prevent water condensation. The cross-sensitivity to the remaining water vapor in the sample is below 0.5% of the measured value. The measurement accuracy is ± 0.1ppm (applied measuring range 0-10ppm). 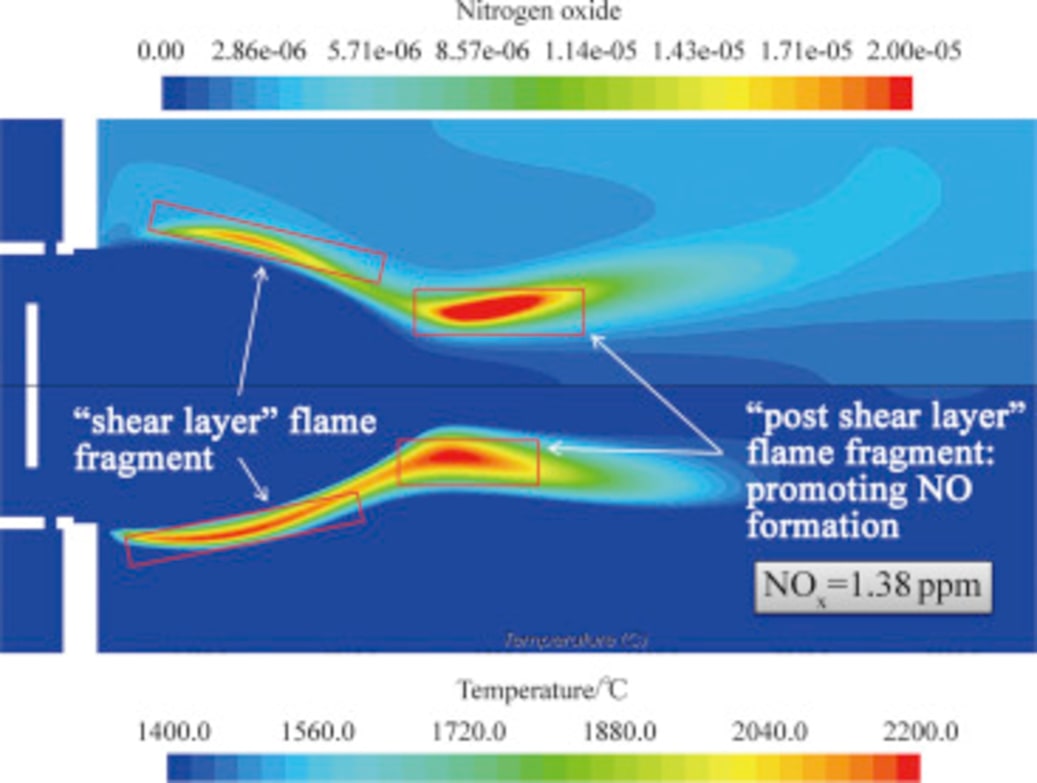 To ensure compliance with current and future norms and regulations that are continuously enhanced, along with savings in NOx taxes, the use of precise and reliable chemiluminescence detectors, which are the standard reference method for determination of nitrogen oxides in stationary source emissions according to the European Norm EN 14792, is the key factor. Based upon the experience with the widely applied CLD 700 ELht, CLD 822 Mh and CLD 822 CMhr, not only in the field of continuous emissions monitoring but also in research on low NOx burner design and testing of catalysts for SCR, ECO PHYSICS developed the neoCLD Series.

The two-channel, chemiluminescence-based NOx analyzers of the nCLD 800 Series detect NO, NO2 and NOx at concentrations ranging from 5ppm to 5000ppm with minimal detection limits averaging from 0.05ppb to 0.5ppm.

To ensure accordance with the sample conditions, the nCLD 800 Series is modularly designed providing tailor-made solutions. For instance, a dual sample inlet, two parallel gas flow streams with heated sample lines, two reaction chambers with specialized metal converters, an internal pump and pressure regulation, are only a few possible adaptations. Furthermore, the nCLD 822 CMhr with its catalytic converter allows a specific assessment of the ammonia slip in SCR systems.

NOx remains an important pollutant that causes severe harm to humans and the environment, even though in times of climate change, the focus of R&D shifted towards greenhouse gases. Therefore, the revised LCP BREF aims at further lowering the NOx emission thresholds.

New abatement technologies and strategies, as well as measuring and monitoring devices, regain importance to enable an economically and ecologically reasonable production. The Task Force on Techno-Economic Issues (TFTEI), working under the Convention on Long-range Transboundary Air Pollution (CLRTAP) provided information on the techno-economics of emission abatement for more than 15 years. TFTEI recently set up an information platform, the so-called “Clearing House”, which aims at gathering the most recent information on new developments in the field.

To increase the amount and quality of information, input from equipment manufacturers, plant operators and other experts in the field is highly appreciated at any time. For more information and contact details: tftei.citepa.org. 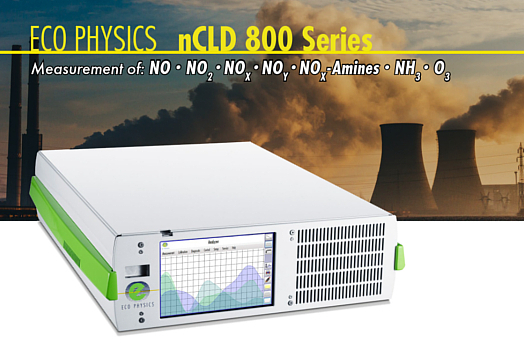 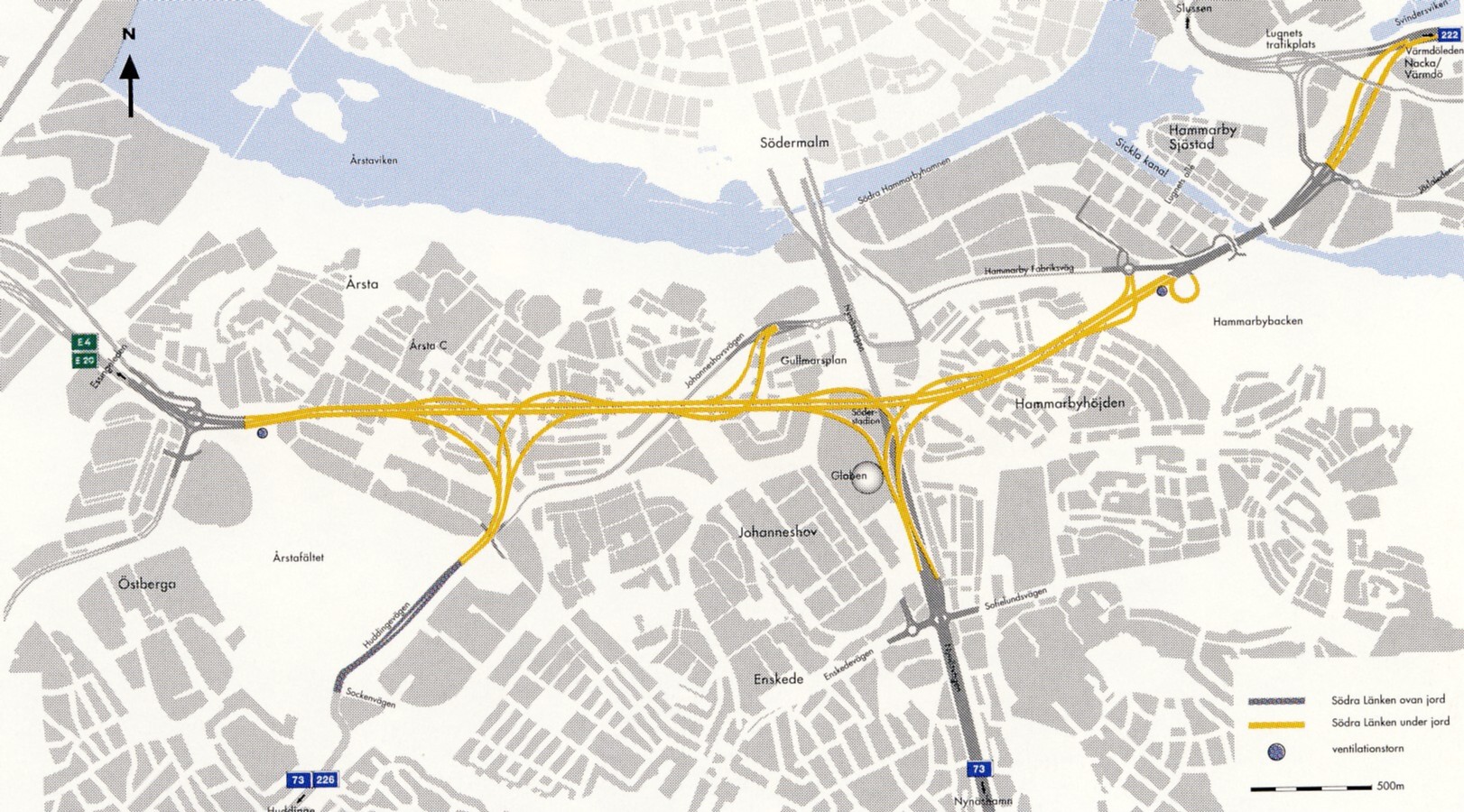 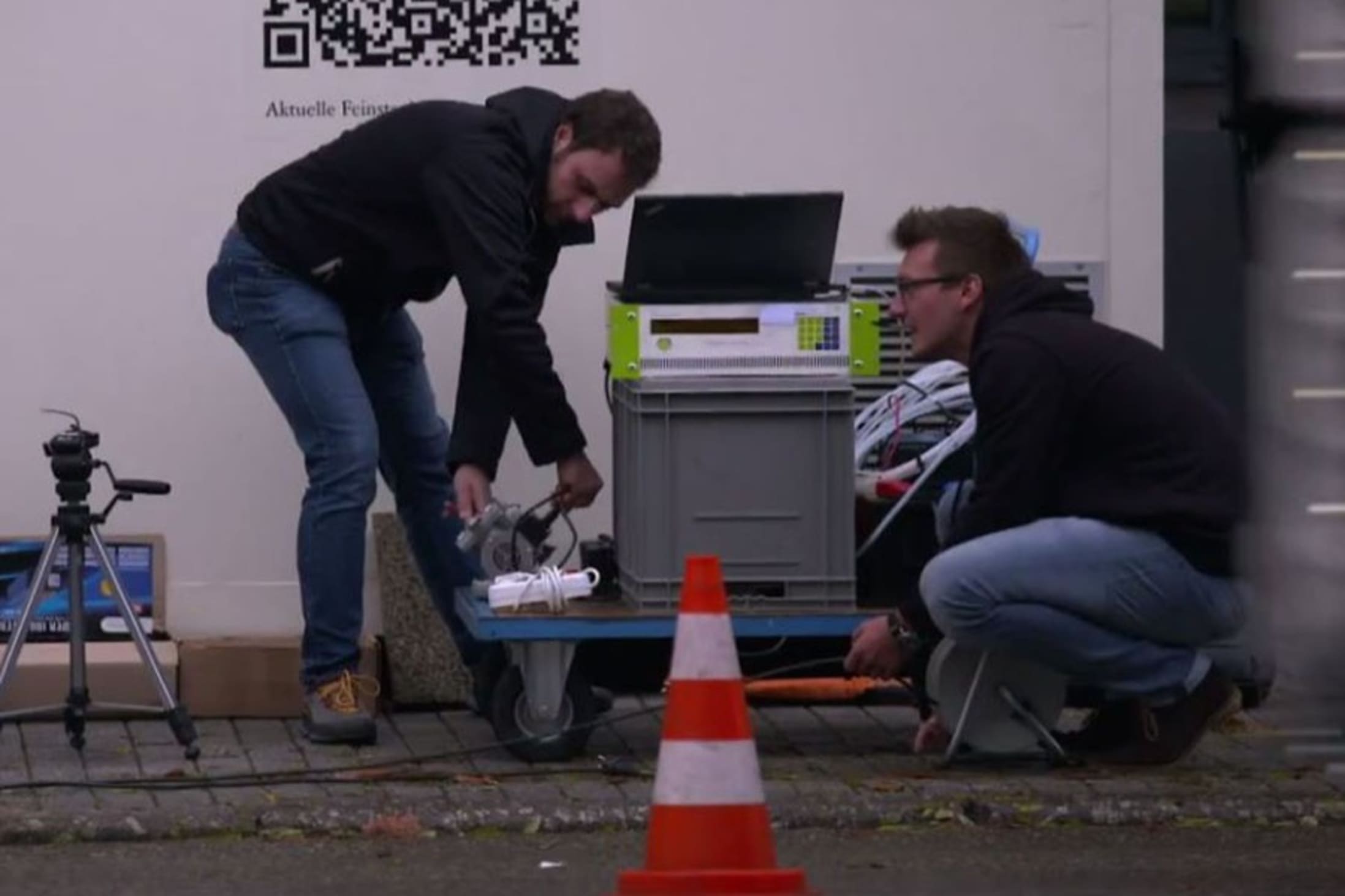