Families to Hug 100 Trees for the Rainforests

“We’ve all missed hugs in the last year” says Michaela, “so let’s celebrate hugging by doing Rainforest Trust UK’s Hug 100 Trees challenge! The natural environment has been such a huge source of comfort and brought so many of us peace and calm in our recent uncertain and chaotic lives. It’s time for us to give back, and what a great way to give back – raising money while giving hugs! C’mon, get tree hugging for the planet!”

The Hug 100 Trees campaign, which is organised by conservation charity Rainforest Trust UK, is a great way for children of all ages to spend time in nature this summer, and help the planet at the same time. You can hug any trees you like – in the local park, a nearby woodland, a beautiful forest, your garden, even in the street. You can hug all your 100 trees on the same day, or spread your tree-hugging throughout the summer – the only rule is that they must be 100 different trees.

It only takes a minute to set up a Hug 100 Trees JustGiving fundraising page, which can then be shared with friends and family asking them to sponsor your – or your children’s – tree-hugging efforts. All those taking part will also receive a free limited edition Rainforest Trust UK Hug 100 Trees T-shirt to wear while they’re out tree hugging for the planet!

Chris Redston, the Executive Director of Rainforest Trust UK, says, “We’re asking the British public to join Michaela Strachan in supporting this fun family-friendly campaign over the summer holidays. The money raised will be used to protect the planet’s most threatened rainforests, which not only stores hundreds of billions of tonnes of carbon, but also provide vital habitat for thousands of endangered species, such as tigers, elephants, orangutans, chimpanzees, macaws and jaguars.”

“So release your inner tree-hugger and join our campaign to save the rainforests today!”

All money raised in the Hug 100 Trees campaign will be directed to the charity’s Rainforest Climate Action Fund, which supports the planet’s most important rainforest protection projects. Rainforest Trust UK guarantees that 100% of every donation will be used to protect our planet’s most threatened tropical forests, as they cover all their running costs through donations from their Board of Trustees and Gift Aid – and all donations will be matched 1:1 by generous supporters of the charity, meaning every pound donated saves twice as much rainforest.

Haddon Spender, Hug 100 Trees campaign manager at Rainforest Trust UK, adds, “Deforestation causes about 15% of all net global carbon emissions, which is the same as every bus, train, car, plane, ship and truck on the planet combined. Rainforests are currently being destroyed at a rate of about 70,000 acres a day, mainly through deliberate burning and clearing for cattle ranches, soy plantations and palm oil. Protecting our remaining rainforests is probably the most effective and cost-efficient way to fight climate change and save endangered species at the same time.”

Rainforest Trust is one of the world’s most respected conservation charities and works in partnership with trusted local partners and indigenous communities to save the world’s most threatened rainforests and tropical ecosystems. The charity has been protecting rainforests for over 30 years and has already placed over 37 million acres under permanent protection.

Rainforest Trust has established nearly 200 protected areas across the tropics, with completed projects in Central and South America, Africa, Asia and Australasia. Rainforest Trust has an excellent record of delivering sustainable long-term protection, and a recent survey by the charity showed that 92% of all the Protected Areas established over the last 33 years have suffered less than 5% deforestation – and over 50% have had less than 0.2% deforestation.

Rainforest Trust UK is a British charity registered with the Charity Commission of England and Wales (No. 1169111). The UK charity is based in Catford, south-east London, and works in partnership with Rainforest Trust in the U.S. to protect the world’s remaining rainforests and other tropical ecosystems. All donations to the charity are doubled by a generous supporter of the charity, and 100% of project donations are used for conservation action because all operating expenses are covered by the charity’s board members and Gift Aid. 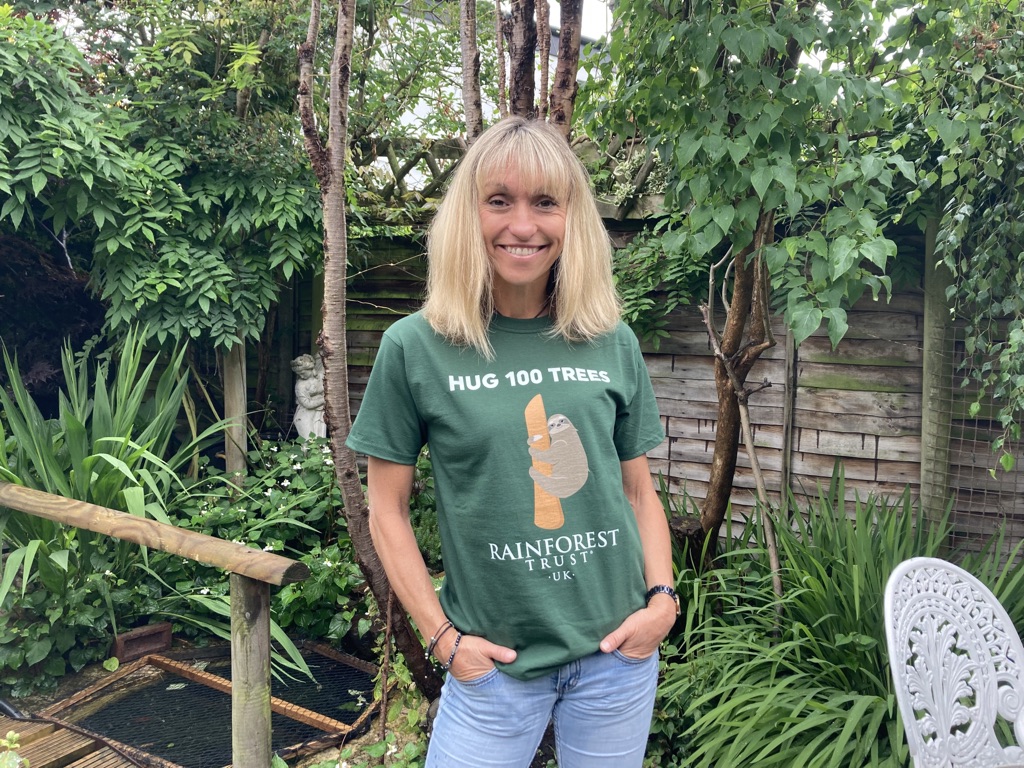 Families to Hug 100 Trees for the Rainforests