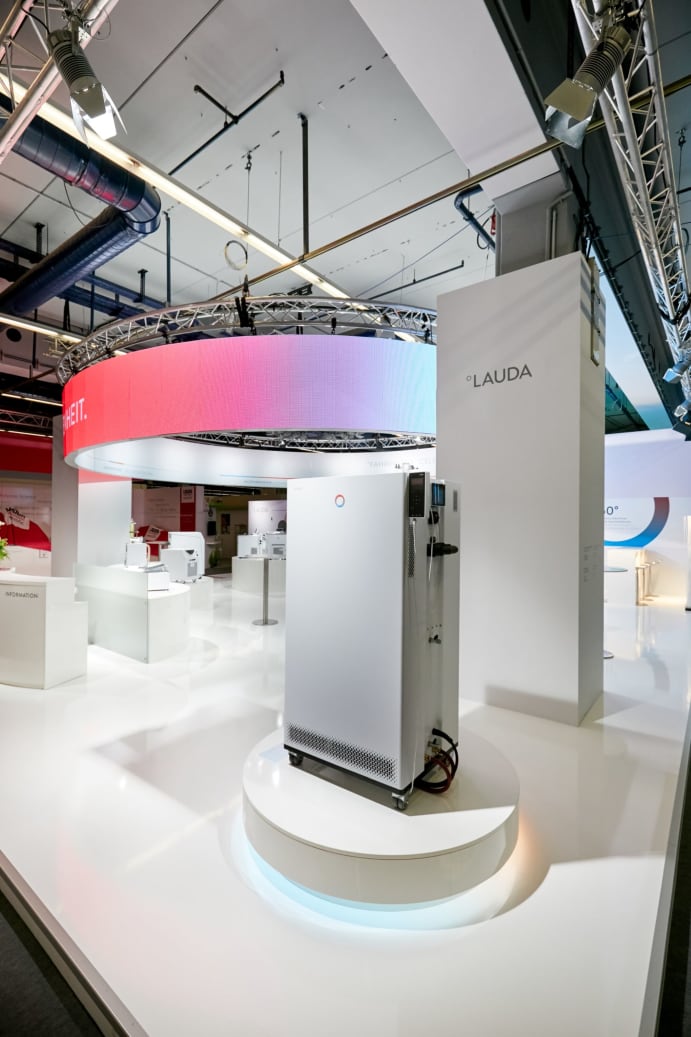 “At ACHEMA 2018, we show all our devices in a new design for the first time” explained the President and CEO, Dr. Gunther Wobser, to an international press audience. The homogenous image of the LAUDA portfolio is a key event for the family-owned company after the recently realized new brand appearance, Dr. Gunther Wobser continues. At the trade fair booths of the world market leader for precise temperature control, the numerous visitors were able to experience the new design language of the LAUDA devices themselves. A cross section of the extensive company portfolio was exhibited, ranging from Alpha cooling thermostats, the ECO range of heating thermostats, to the compact PRO circulation thermostats for professional temperature control as well as customized heating and cooling systems.

The presentation of the latest developments just in time for the leading trade fair is no coincidence. “Our most important trade fair is ACHEMA”, emphasized Dr. Gunther Wobser. For the 21st time, LAUDA participated in the leading international trade fair. The company also had two booths to meet the growing demand for future-proof industrial temperature control systems with its own presence in the Heating and Cooling Systems division. 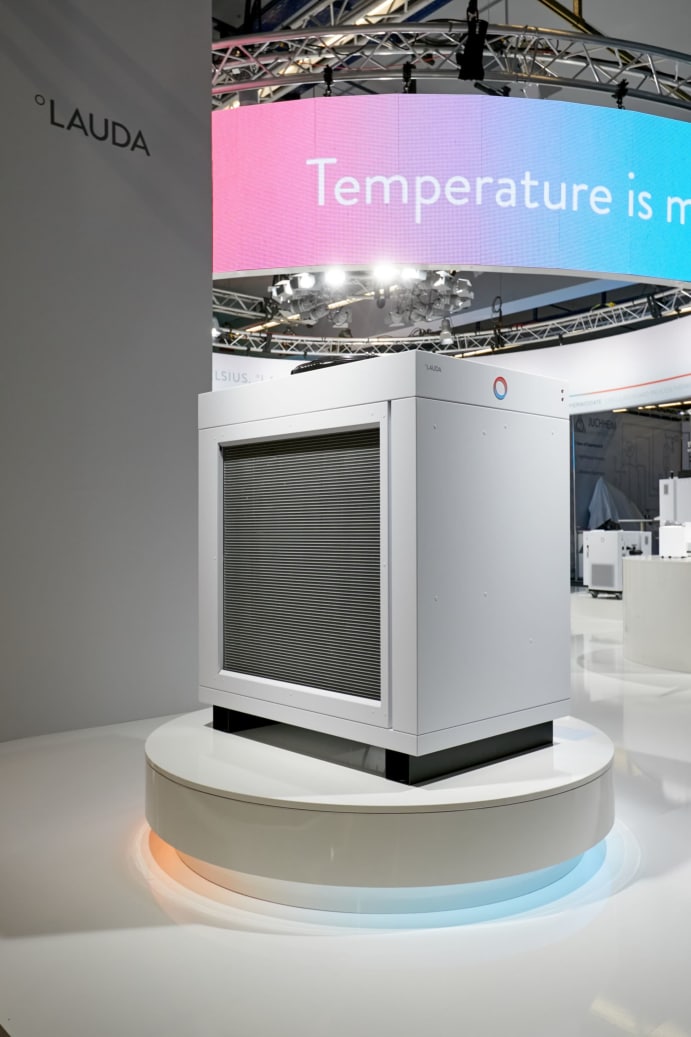 The world premieres presented by LAUDA at ACHEMA include the newly developed process thermostats from the Integral device line. “The Integral is the first device that has its own web server as standard”, explained COO Dr. Marc Stricker the digital concept of the thermostats. Site and operation are decoupled from each other and allow decentralized access via mobile devices – even across continents. The LAUDA Ultracool circulation chillers have been completely redesigned and optimized with regard to energy efficiency and increasingly digital work processes. Access to key device parameters via cloud connectivity drives digital transformation in process and laboratory technology. “This is where the worlds of digitalization in LAUDA devices are opening up” said Dr. Marc Stricker on the new equipment lines Integral and Ultracool.

LAUDA is very satisfied with the course of the fair. “The introduction of the new product design is a significant moment in the history of our company, with many employees and departments participating. They all have invested a lot of expertise and passion to complete the new look on time for ACHEMA. Therefore, I am all the more pleased that we have received an overwhelming, positive response to our devices on the five days of the fair,” says Michael Dickescheid, Director Marketing Communication at LAUDA. “The high level of interest in the new Integral and Ultracool equipment lines also confirms our long-term strategy of consistently equipping our customers for a digital future in temperature control technology.” The total number of visitors to ACHEMA has declined by more than ten percent to 145,000 visitors. At LAUDA, they have remained constant and even slightly increased in plant construction. 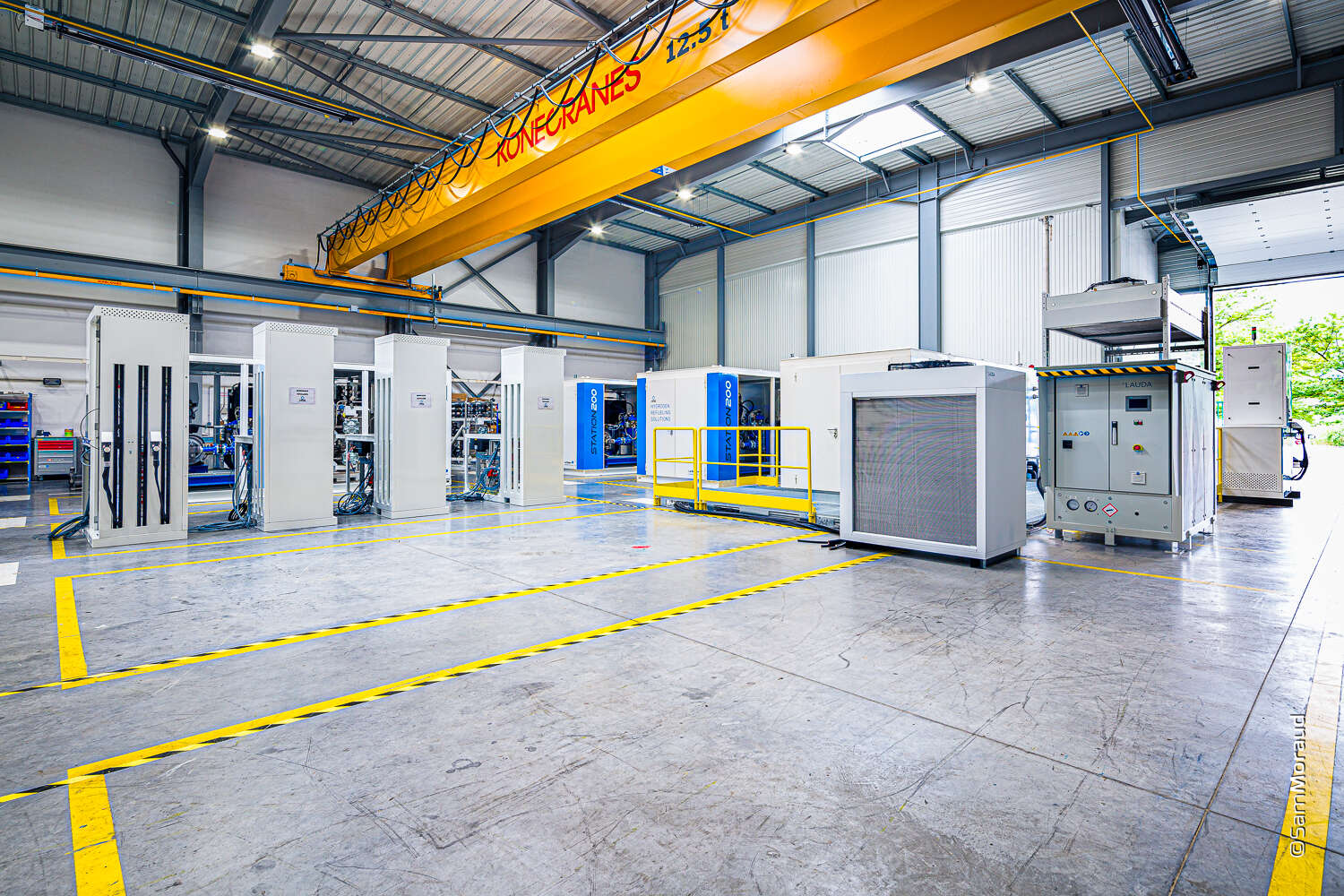