LCTech, manufacturer of automated robotic systems for the clean-up of food, feed and environmental samples, held a 2-day international forum on the topic of halogenated persistent pollutants (FoHP 2019) at the Science & Study Center of the Technical University of Munich in Raitenhaslach / Burghausen. 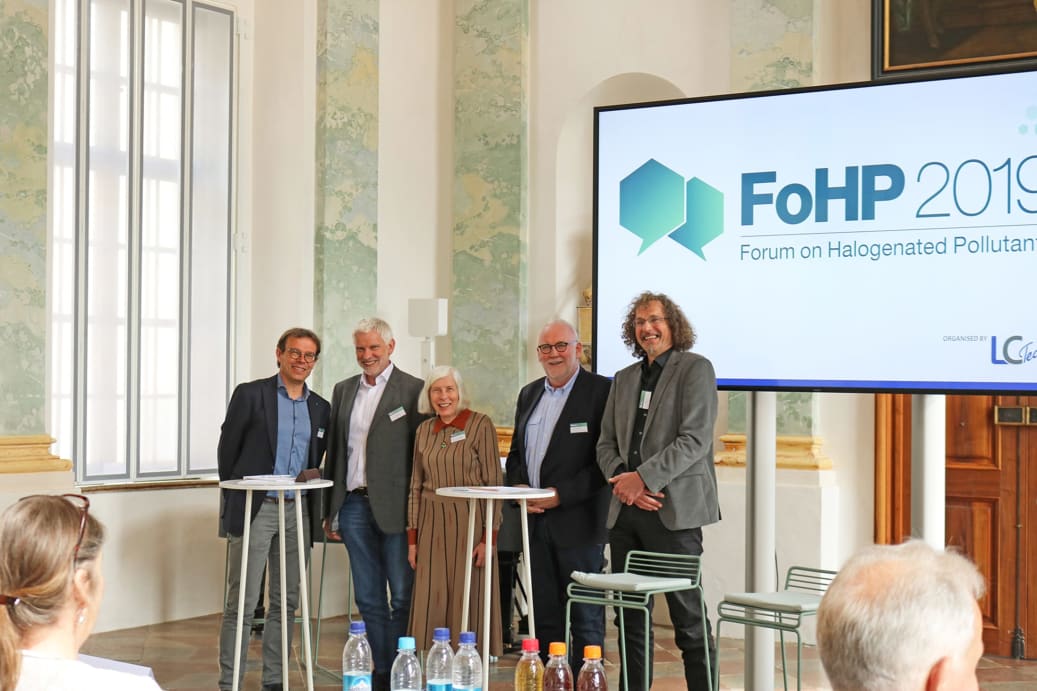 The first day of the event focused primarily on dioxins and PCBs. Analysis sensitivity was a significant point of discussion, even though sensitivity was already increased by a factor of 500,000 compared to the sensitivity applied to the first measurements taken over 40 years ago. The trigger for this discussion was the EFSA (European Food Safety Authority) re-evaluation of the toxicological risk posed by dioxins / PCBs and associated significant reduction of the Tolerable Weekly Intake (TWI) by a factor of 7. The experts from both governmental and private laboratories discussed in depth what type of strategies might be employed in order to achieve these lower limits. Conflicting consequences of any new regulations or the problematic communication to the normal end user regarding the negative rating of organic products such as eggs, meat and fish were two other items included in the discussions. Furthermore, the far-reaching consequences of lowering the TEF (Toxicity Equivalency Factor) from 0.1 to 0.01 for dl-PCB 126 on the movement of goods were addressed.

The next point of discussion centered around the comparatively heterogeneous group of brominated flame retardants (BFRs – Brominated Flame Retardants), such as PBDEs, HBCDD, TBBPA, BPs and PBBs. Particularly considered were the potential toxicological importance, analysis methods, and occurrence in food. Current results of respective interlaboratory tests were also presented. While the detection of PBDEs is generally well established in laboratories, other compounds such as HBCDD or the new BFRs clearly require optimization. Moreover, BFRs became the subject of a controversial debate with regard to their benefits (fire retardation) and their damaging effects (spread in the environment / toxicological potential). 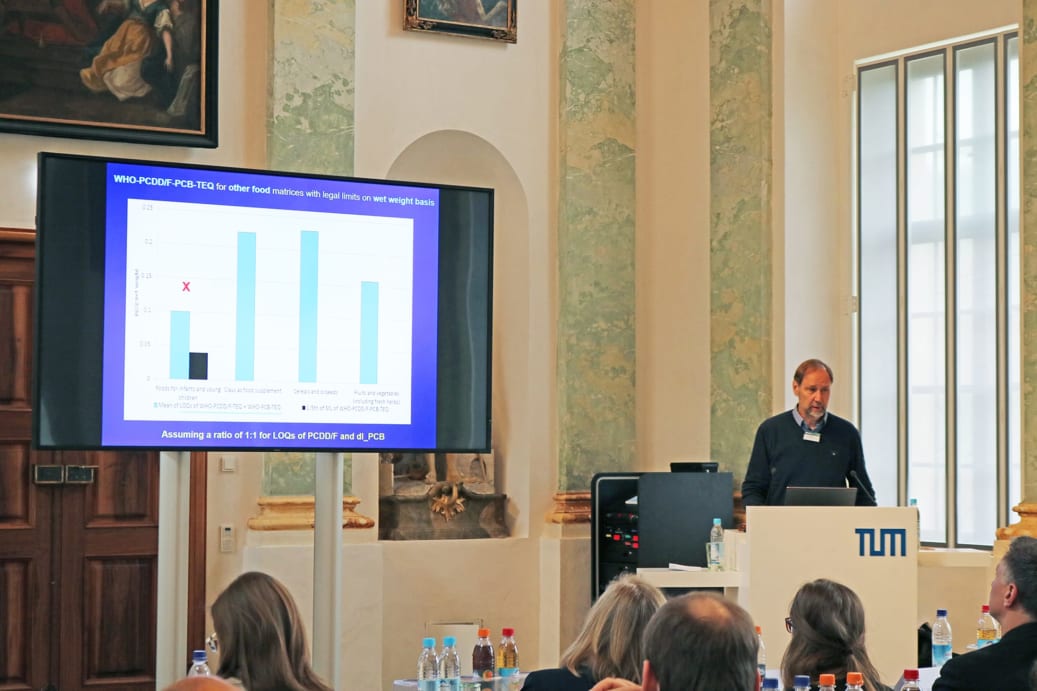 The final lectures on the first day gave an insight into the challenges of sample preparation and analysis of industrially produced chloroparaffins (CPs). Due to their production from paraffins via radical chlorination, several million different structural isomers could be formed, making it difficult for certified reference materials being made available. Nevertheless, options for purifying CP samples could be demonstrated. This included the successful determination of the overall CP sum parameter and the differentiation between individual short chain CP (SCCP), medium chain CP (MCCP), and long chain CP (LCCP) fractions.

The second day of the event was dedicated to the polyfluorinated and perfluorinated alkyl substances (PFAS). This is an industrially used group of substances that comprises around 4,000 compounds and is currently the focus of discussion not only in many parts of Germany but also globally. The background for this topic lies in the worldwide use of PFAS, and their spread in air, soil and especially water where they show high persistence due to the very stable CF bonds. In addition, two key representatives, namely PFOA (perfluorooctanoic acid) and PFOS (perfluorooctanesulfonate), incurred a toxicological reassessment by the EFSA. According to the EFSA, both compounds show a ten-fold higher toxicity than previously thought and accordingly need to be regulated at a lower levels. As was experienced in the past with dioxins, similar challenges now arise for the PFAS analysis, for safe-level consumer recommendations, and also for necessary optimisations of e.g. sewage treatment plants or plants for drinking water treatment. All scientists unanimously agreed that both the use and the distribution must be minimized globally. 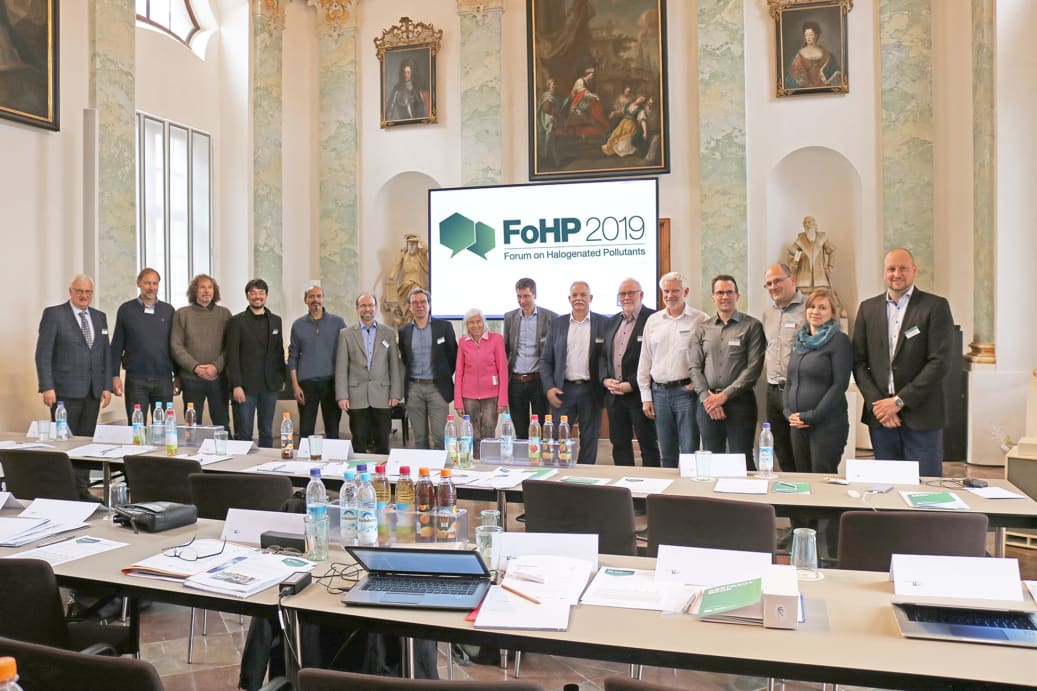 In summary, a total of 77 opinion-forming and leading scientists from 14 nations participated in the Forum on Halogenated Pollutants. The positive tone of the meeting was already set the day before with an informative city and castle tour and a social get-together in the evening. All participants were highly complementatry about the “Stone Hall” of the monastery complex of the TUM Science & Study Center Raitenhaslach, where the lectures were held. A tour of the remarkable premises of the prelate post was spontaneously offered by employees of the Technical University of Munich, which further contributed to the positive impression of the venue. All in all, important current and future topics were discussed at the event, and all participants also took away a positive memory of the beautiful city of Burghausen and its historical background.

The LCTech GmbH with its headquarters in Obertaufkirchen develops and sells since 1998 innovative products and methods for the preparation and analysis of environmental, food and feed as well as for forensic samples. The products range from GPC systems to fully automated solutions for mycotoxin analysis. LCTech is represented by an extensive network of distributors worldwide and even exclusive distributor of PICKERING Laboratories in Europe, Africa, the Middle East and the CIS countries. 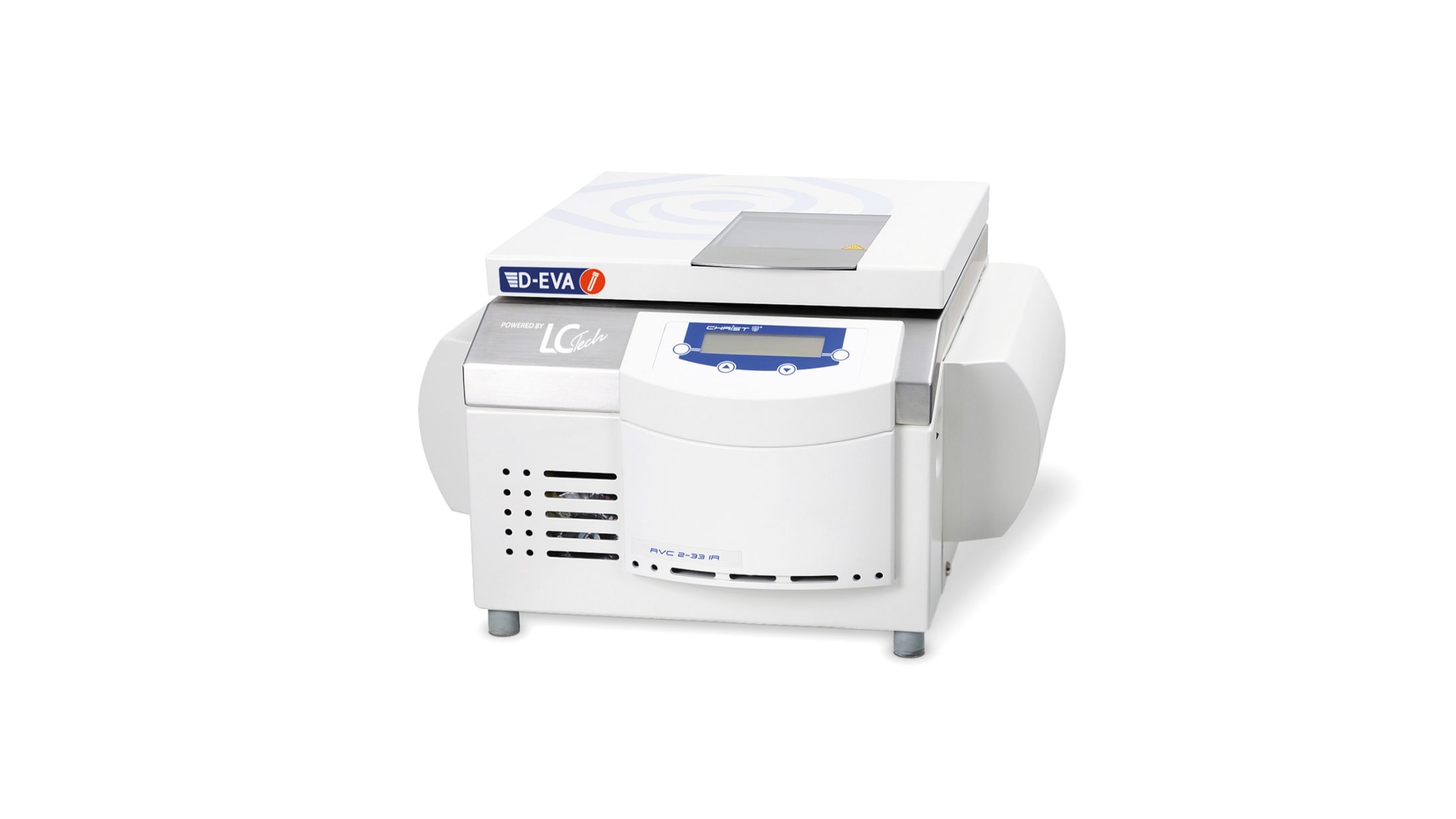 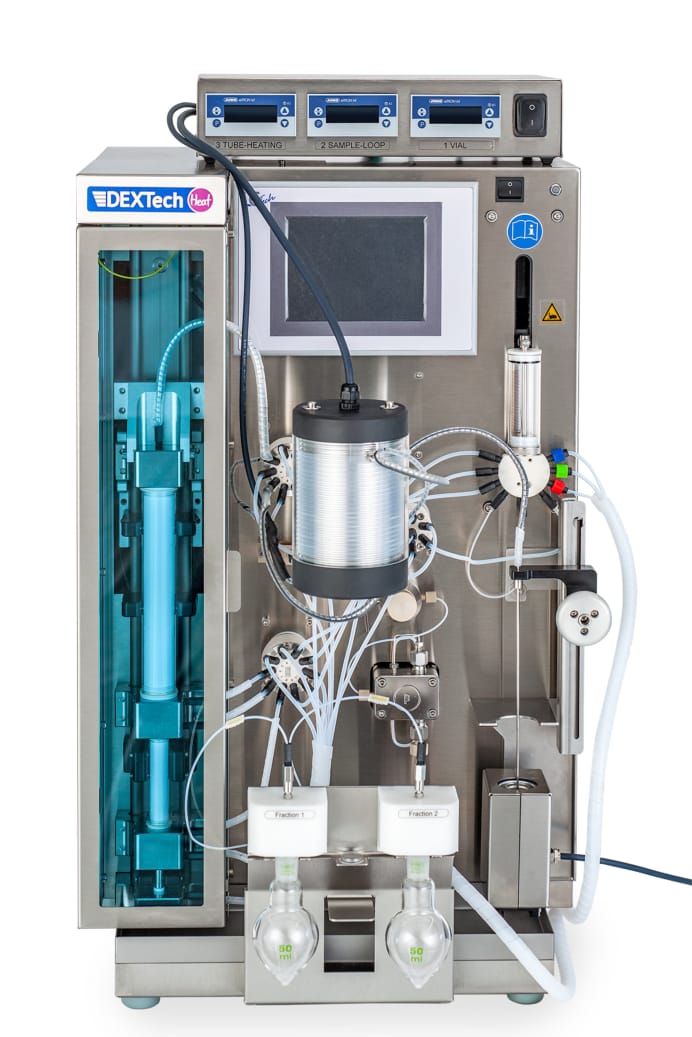 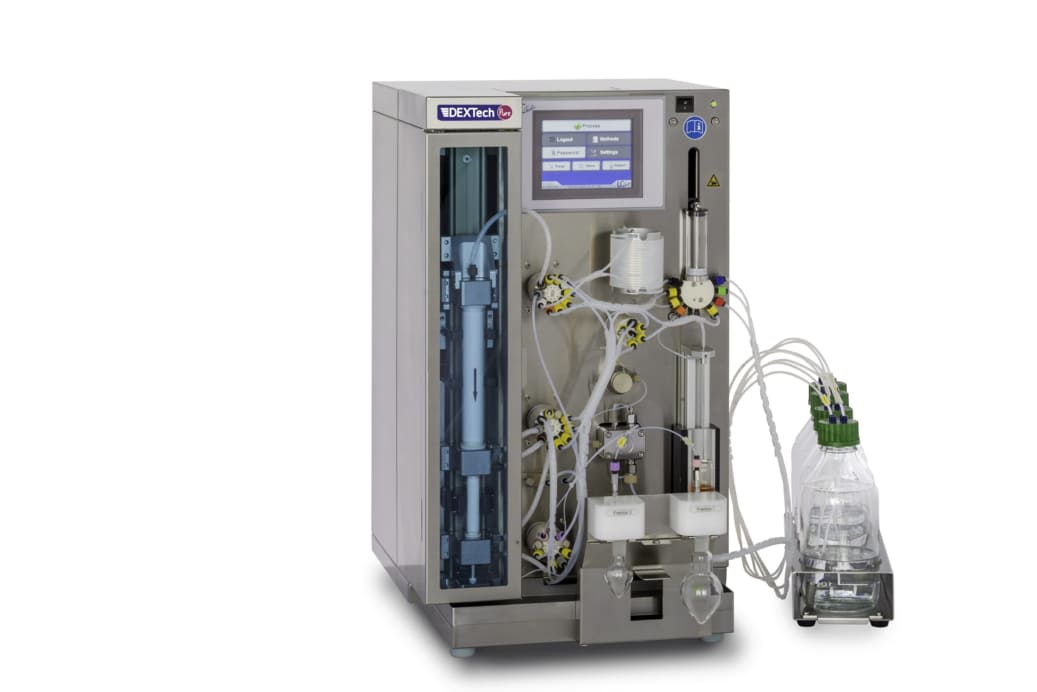 Automated Sample Clean-up at the analytica 2018 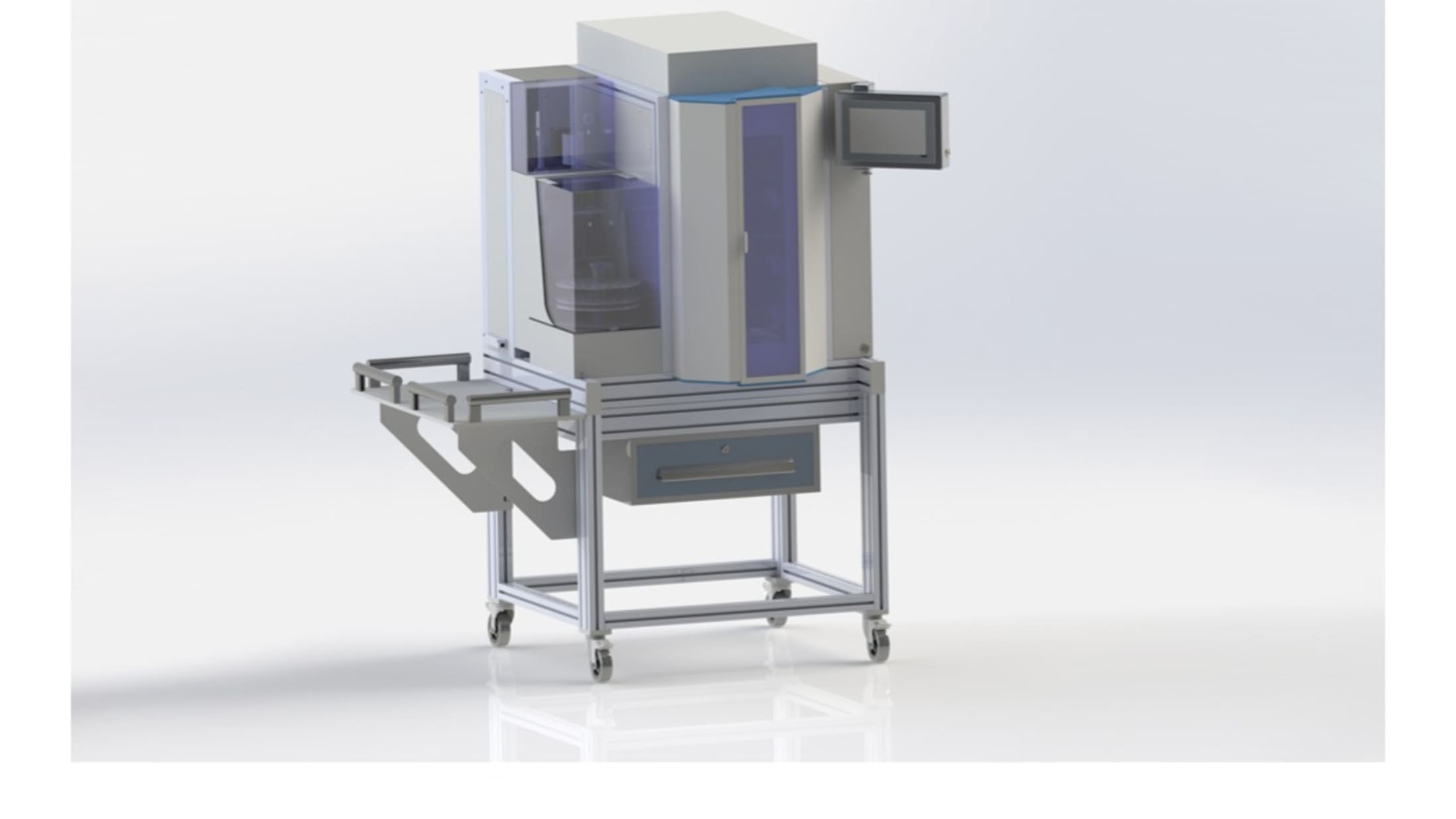 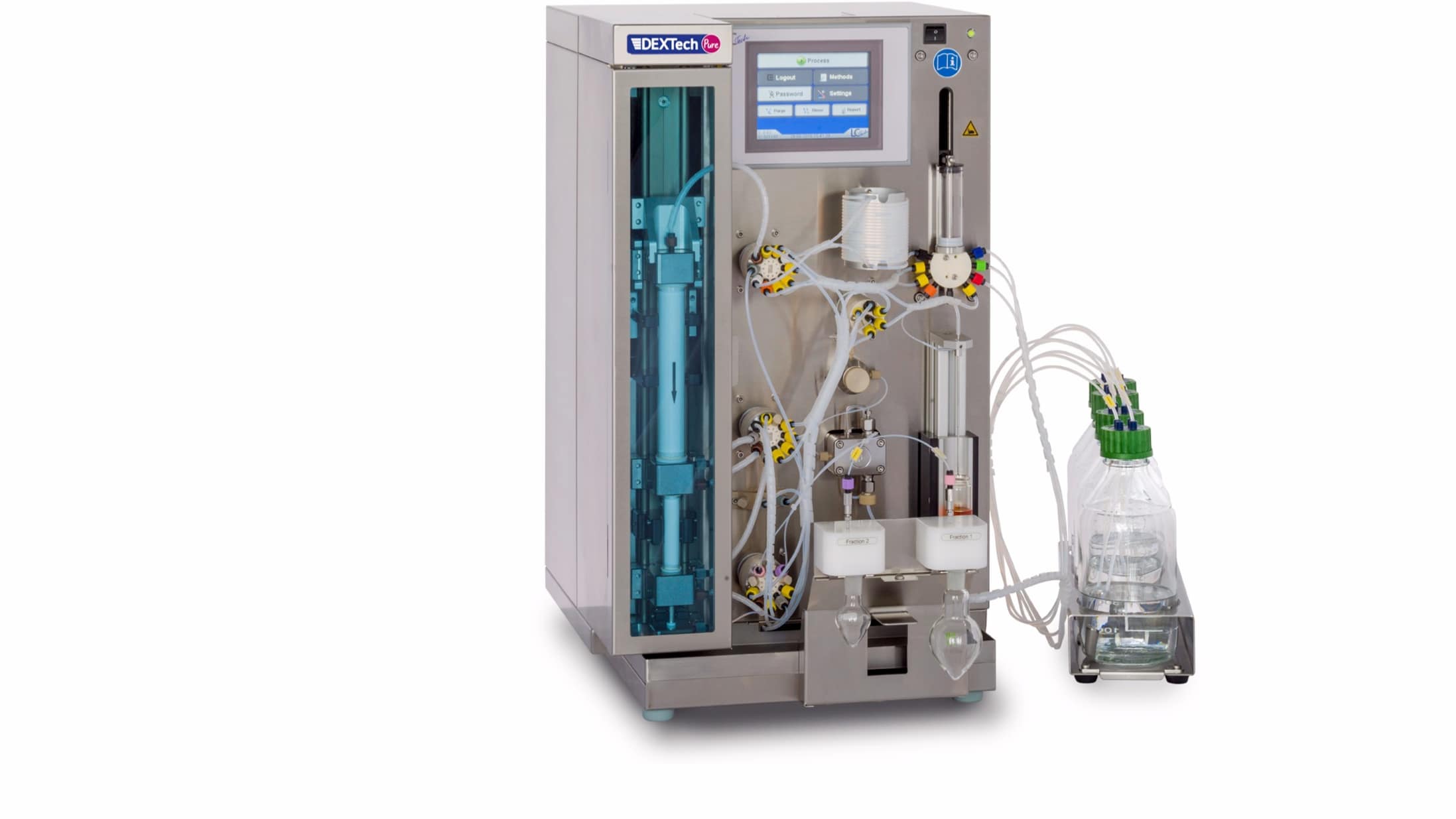