Inside the Gas Analyser – The Tuneable Diode Laser 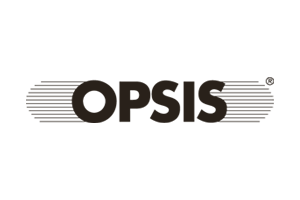 OPSIS initially based all of its gas analysers on the differential optical absorption spectroscopy (DOAS) technology. It utilizes a broadband (white) light source and the spectral analysis is made over a fairly wide wavelength window, typically some tenths of nanometres. The light sources are fairly simple arc lamps while the complex technology is found in the spectrometers or interferometers which separate the partially absorbed light into its wavelength components and allow detection of the spectra.

However, there is another way to do spectroscopy. Instead of sending out white light and doing the wavelength separation close to the detector, it is also possible to send out monochromatic (one-coloured, narrow-band) light and direct it straight to a detector without any wavelength-separating device in-between. To detect an absorption spectrum, it is instead the wavelength of the light source that is varied.

So where can we find a monochromatic light source where the wavelength can be varied? The answer is in the semiconductor industry, and specifically a device called a tuneable laser diode, TDL.

LEDs and Diode Lasers
We are all familiar with light emitting diodes, LEDs. It’s the light sources in electronic gadgets that often shine in red, green, blue or even white, the latter in particular in modern-day low-power light bulbs. LEDs are essentially one-coloured, although the emitted spectra still are fairly broad. The red light from a red LED is actually a mix of different red colours, typically with a spectral bandwidth of some 10 nm. Such LEDs are no good for spectroscopy, where we need a wavelength precision of a fraction of a nanometre. The white LEDs are actually not white in their basic nature. They are either a combination of red, blue and green LEDs which look white to the human eye, or they have a special phosphorous coating which shines white when an LED underneath (often blue) shines on the coating.

Luckily, the LED has a sibling called a diode laser. It’s essentially an LED, but with a special design where the light generation occurs in a tiny cavity manufactured with very high precision causing lasing of the light, i.e. enhancement of a specific wavelength. The result is effectively a monochromatic light beam being sent out, often in the infrared region. Diode lasers are today primarily found in telecommunication applications using optical fibres. A specific type of laser diode only sends out a specific single colour of light (although slightly tuneable, see below), so if we want a notably different colour of the light we need to find a different laser diode. 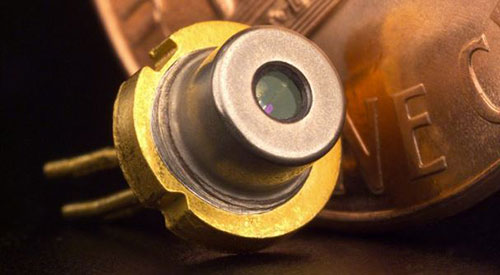 A laser diode in its casing.

Detecting Molecules With a TDL
The width of the wavelength window within which the emitted light is scanned is rather small, perhaps just a few nanometres, but that is more than enough if we only position the window over a characteristic absorption line of the molecule which we wish to detect. The light emitted at any given moment is monochromatic, but by scanning the wavelength on and off within the wavelength window, we also tune the light across the absorption line of the sought-after molecule.

Next step is to synchronize the detector with the wavelength scan of the TDL and collect and accumulate thousands of spectral measurements as the light is scanned on and off. The result is the narrow-band (a few nm) spectrum around the absorption line of the molecule. That spectrum is compared with a reference spectrum corresponding to a known concentration, and the current concentration of the molecule can be calculated.

There are two catches using TDLs. First of all, the temperature of the TDL must be extremely precisely controlled, down to a fraction of a degree, or we will not know which wavelength the TDL actually emits. It is therefore important that the TDL sits in a carefully temperature-controlled environment, and that the instrument housing the TDL is not exposed to quick ambient temperature changes. Otherwise, the temperature control loop will not be able to perform the wavelength scans with enough precision.

Secondly, different molecule types which we wish to measure the concentration of may have useful absorption lines at very different wavelength. However, the TDL:s are specifically manufactured to emit light just around a wavelength of a specific molecular absorption line. The limited width of the wavelength window of the scans limits the number of types of molecules that can be detected. With a window width of only a few nanometres, we can in most cases only detect absorption of one or two types of gases using the same single TDL. We therefore often need one TDL (in practice a complete “laser module” with temperature control, perhaps with built-in wavelength self-calibration, etc.) for each type of gas we want to measure the concentration of.

The OPSIS LD500
OPSIS practical TDL offer consists of a gas analyser of model LD500. It can be equipped with one to four laser modules, each allowing the monitoring of concentrations of one or two types of gases. The laser light is led via an optical fibre to an emitter. From the emitter, the light travels in a beam across the monitored gas volume. The light is picked up by a detector already inside a receiver unit at the end of the laser beam. This minimizes loss of laser light compared to sending the remaining laser light back to the instrument. However, for maximum flexibility and minimal signal distortion, the detector signal is digitized and sent back to the LD500 via another optical fibre, this time a standard telecommunications fibre. 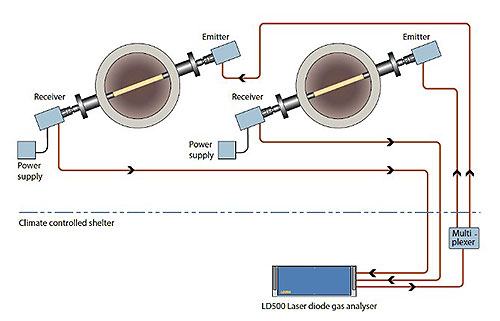 An OPSIS LD500 configured to measure gas concentrations in two ducts in an industrial environment.

Choosing the Right Gas Analyser
OPSIS TDL-based gas analysers works quite differently compared to the UV-DOAS or IR-DOAS types of analysers. Which model should be chosen? If you only need to measure the concentration of one or two types of gases, it is generally most cost efficient to use a TDL analyser. In multi-gas measurement applications, it is most cost effective to use a UV-DOAS or an IR-DOAS analyser, or a combination thereof. However, there are also other aspects in play. Some types of gases can only be detected with one of the analyser types, and requirements on measurement performance might favour one analyser type over another. It’s a lot to think of, but don’t hesitate to contact an OPSIS representative who will guide you to the best monitoring solution in your specific case.

OPSIS AB is a globally present company that develops, manufactures and markets state-of-the-art, innovative systems for gas analysis and process control. Our goal is to provide our clients with a total monitoring solution, including reliable and cost-effective systems, regardless of applications. Systems are available for ambient air quality monitoring (AQM) and continuous emissions monitoring (CEM)/process control. Thousands of our systems are running worldwide. By focusing on our customers’ requirements and on continuous research and development, OPSIS continues to lead the way and set the standard in gas monitoring.

OPSIS was founded in 1985, and is today represented on all continents. A network of subsidiary companies, distributors and other representatives, has been established, that are among the most competent and experienced organisations in each of the countries where they are operating.

Inside the Gas Analyser – The Tuneable Diode Laser 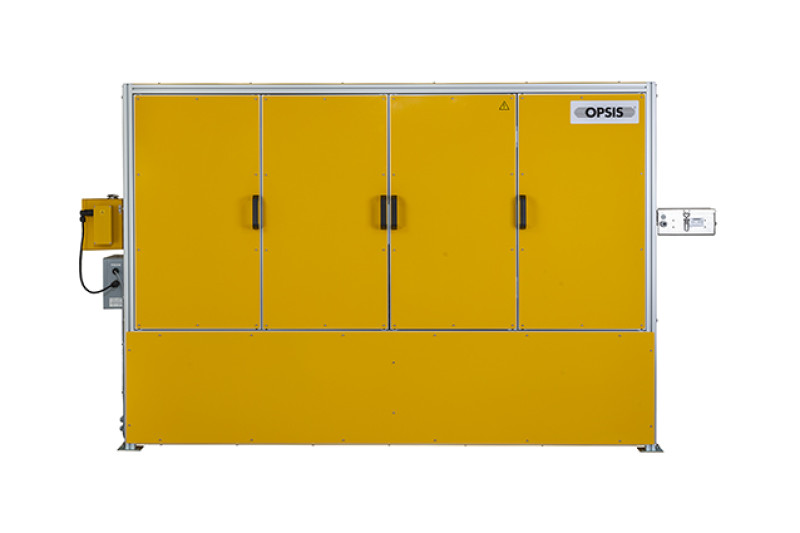 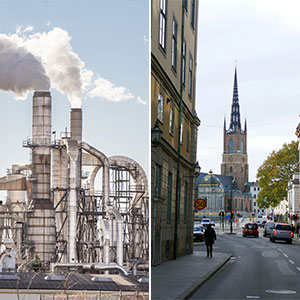 No Need for Redundant Systems