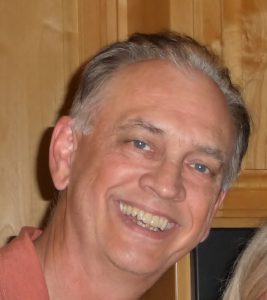 Over the past few years, there has been an ever-increasing number of Internet of Things projects being launched around the world.  The large majority of these come in two camps.

Using microphones and speakers with machine learning to mimic audio or sound activity and the other camp uses motion sensors to monitor movement activity such as people monitoring or autonomous vehicles.  The next frontier so to speak could very well be an increasing number of projects based on what is in the air around us that are largely invisible.  For example, a single flammable gas detector might uncover an abnormal level of methane gas, a networked system of methane sensors could pinpoint the leak, compute the magnitude of the gas escaping, likely path over time, all together enabling responders to prioritize a plan of action.

This application demonstrates the use of Message Queueing Transport Telemetry, MQTT, a popular lightweight IoT protocol, with the NevadaNano MPS™ Flammable Gas Sensor. It was developed around their Flammable Gas Sensor Evaluation Unit and Raspberry Pi. The version of MQTT used for this application is 3.1.1, which while not the latest version is the most common version in use at this time.

There are three primary elements in the demonstration: A client application that runs on a Raspberry Pi board that interfaces with two MPS flammable sensors, an MQTT server, which was implemented on a second Raspberry Pi, and a command/monitor client that runs on a Linux workstation.  Both client applications are written in Python, using the Paho-MQTT library from the Eclipse Foundation. The MQTT server used for these applications is the Mosquitto server, also from Eclipse.

The configuration of the MQTT demonstration consists of two Raspberry Pi boards and a Linux workstation. One Raspberry Pi is used for an MQTT server and one is used for the MQTT client that manages the interface with two MPS flammable sensors. A Linux workstation application is used for the second client, which provides remote command/request monitoring of the sensors. The following diagram, Figure 1, shows the logical layout of the two clients and the server.

There is no particular significance to the fact that a Raspberry Pi board was chosen to host the MQTT server. Mosquitto, the MQTT server used for this application, can be installed on any system running Windows, macOS, or Linux. Small boards like Raspberry Pi or Beagle Bone are just handy for filling this type of role. It should also be noted that there are alternative MQTT servers that can be installed locally or used from the Cloud. Mosquitto is a light-weight convenient option that is provided by the same organization that provides the Python MQTT library used by the client applications described here.

The MPS Sensor Interface Client was deployed on another Raspberry Pi. First, the flammable gas sensors must be connected to the Raspberry Pi through the sensors’ UART interfaces. Then the sensor control code supplied as a download from Nevada Nanotech must be set up as it is an integral part of the MQTT client application. Finally the MQTT Python client application must be installed and configured.

The Nevada Nanotech MPS Flammable Gas Sensor Evaluation Unit comes with an MPS flammable gas sensor, an interface board, and USB cable. For the MPS Gas Sensor Interface Client application two sensors with an interface board for each are used. The interface board has a connector for a direct UART connection to the sensor as well as a USB connector, which gets translated into a UART connection to the sensor. For the MQTT demonstration two interface boards with sensors have been connected to a Raspberry Pi board. Figure 2 below shows two MPS sensors connected with USB to a Raspberry Pi 3B board. 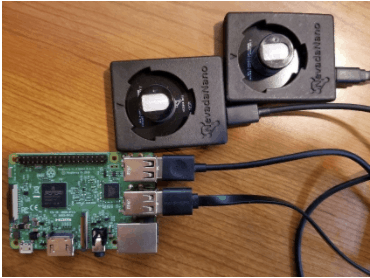 The MPS_commands.py contains symbolic references to command strings and command keys. The information is contained in a separate file because it is used by both applications.

For the full demonstration of the MQTT applications, two instantiations of the MPS Sensor Client are used. Recall that there are two MPS Flammable sensors connected to the MSP sensor interface Raspberry Pi. There needs to be separate independent processing for each sensor. While there are multiple ways to implement this, the simplest is to just let the Raspberry Pi Linux handle it for us. The application as written handles one sensor. We can simply start two instantiations of the application where each uses a different ttyUSBx port.

The MPS_commands.py file is identical to the one for the MPS Sensor Client. In fact, it needs to be.

This is the overview of creating a network of flammable gas detectors based on NevadaNano’s LEL gas detector and the MQTT protocol.  Contact [email protected] to download the full application note to get started on your own industrial gas detector system.

He has applied his development expertise in markets that include gas detection, agriculture, public water systems, energy efficiency and smart grid applications.