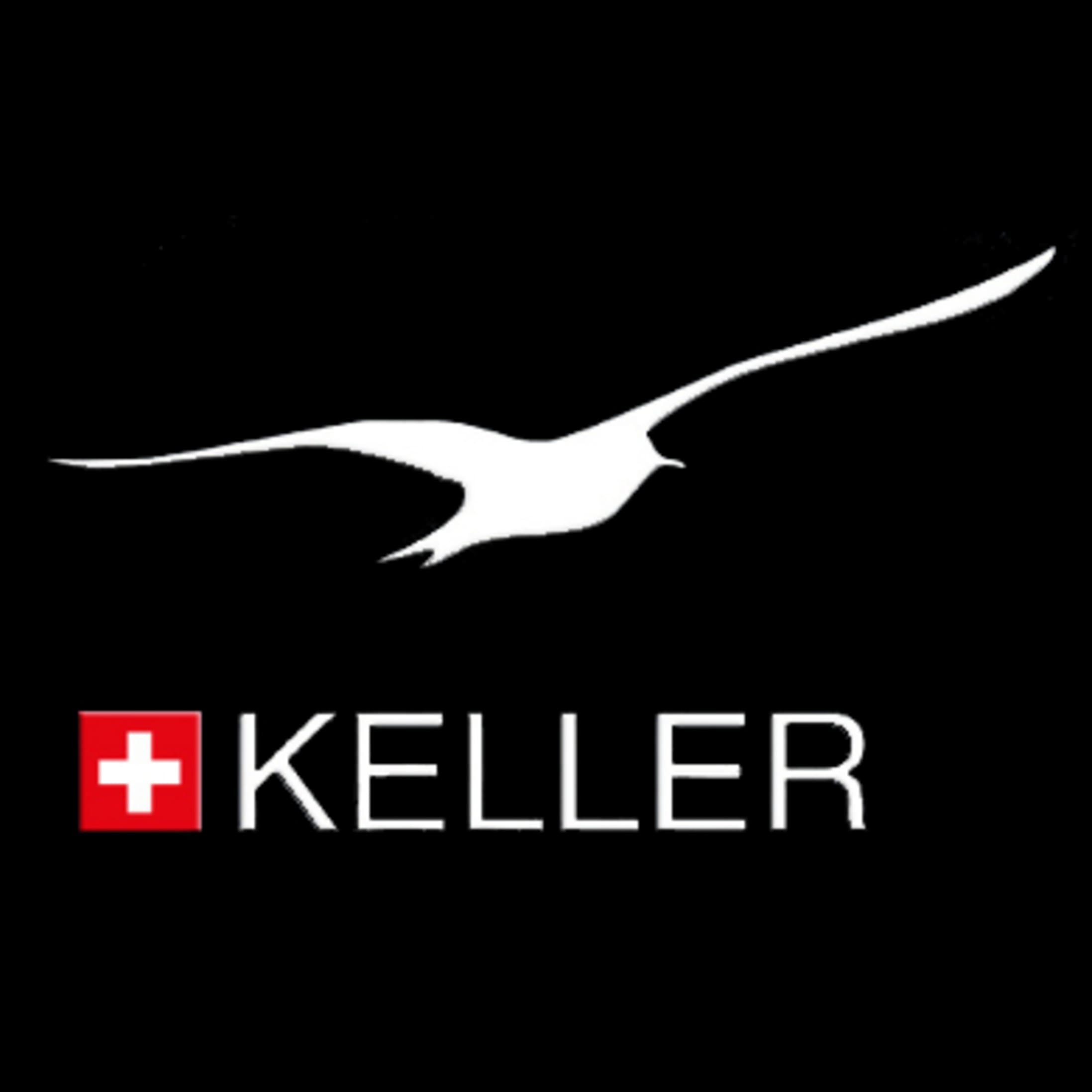 Glaciers are the most important freshwater reservoir on Earth – around three-quarters of our freshwater reserves are stored in glacier ice across the planet. At the poles, the large ice sheets covering Antarctica and Greenland contain enough stored water that if they melt, they will significantly raise global sea levels, causing widespread coastal flooding. With rapid increases in global temperatures as a result of carbon emissions, we are now losing many mountain glaciers altogether, and there is a real risk of losing very significant volumes of ice from the polar regions too.

In order to more closely understand how climate change will affect both mountain glaciers and polar ice sheets, Cardiff University in Wales has developed a new piece of equipment which the team has named Cryoegg. It contains the KELLER PA-20D pressure transmitter, a reliable sensor for measuring water pressure, and initial studies have produced impressive results.

Cryoegg is intended to help improve research and gain more specific information about the precise course of the flows of liquid water within and beneath glaciers and ice sheets going forward. The results of the research are expected to suggest new ways in which we can protect our glaciers for subsequent generations.

The cryosphere and climate change

The term «cryosphere» is used by scientists refer to all sources of frozen water on a planet. Here on Earth, the cryosphere also has a very significant influence on the climate system as ice deflects a large amount of sunlight and heat back into space due to its high degree of reflectivity. This effect is referred to as the «albedo effect» and is responsible for indirectly cooling our planet. The persistently cold polar regions also form part of the global climate system – the flow of heat in the atmosphere and in the oceans helps drive weather and ocean circulation. For example, the waters within the Gulf Stream transport heat energy from the Gulf of Mexico across the Atlantic to Norway, creating a mild climate in Europe. However, greenhouse gas emissions have risen constantly since the age of industrialization began, and so, unfortunately, in turn has the base temperature of our planet. This means our glaciers and poles are melting more and more each year, which is already leading to a number of ecological and social impacts on our ecosystem. But it is not only the flora and fauna of our world that are under threat. We are also experiencing more frequent environmental catastrophes that are increasingly impacting our human existence. Looking further ahead, the melting of our glaciers could lead to even more significant problems such as a global shortage of drinking water. Researching and protecting our glaciers and poles is therefore crucial to our current and future life on Earth.

Glaciers are not just solid ice if you walk across a glacier in summer, you will often see small streams or rivers flowing across their icy surface. This is meltwater. If you were to follow one of these streams, it is very likely that at some point it would disappear into a hole and continue its journey underground. These holes are called «moulins», French for «mill», as they resemble the fast-flowing water of a traditional watermill. The water disappears into the moulin and flows within and beneath the glacier ice until it emerges at the end of the glacier – either into the valley below or into the sea. Because we cannot see beneath the glacier ice, it is very difficult to understand how these water flows behave, and how they influence how the glaciers flow. Research has shown that on mountain glaciers the water pressure builds up in the springtime, lubricating the glacier and making it flow faster. Later in the summer and autumn, the water carves out channels beneath the ice, reducing the pressure and slowing the glacier down again. Researchers are not studying these moulins solely to gain a deeper insight into the hidden channels of our mountain glaciers. More importantly, they are looking for better ways to study and understand how the large polar regions and their underground channels work in places such as Greenland. Moulins are very dangerous. Filled with ice-cold, fast-flowing water, they are subject to strong currents. For this reason, glaciers cannot be studied by divers. Research carried out up to this point has used «subglacial probes» to study how glaciers flow. Subglacial means «beneath the ice». Subglacial probes contain a variety of sensors and are specifically designed for glacier research. Until now, scientists have often drilled a hole either mechanically or with the aid of a hot water drill. The probe is then lowered into the borehole on the end of a cable. The cable supplies the sensor with power, and the sensor sends the data it records back to a computer at the surface. The movement of the glacier causes boreholes to deform, stretching the cable until it breaks. The lifespan of current subglacial probes is therefore mostly limited to just a few weeks.

A development with added value: Cryoegg

Glaciologist Liz Bagshaw and engineer Mike Prior-Jones, from the School of Earth and Environmental Sciences at Cardiff University in Wales, have developed an innovative new form of subglacial probe: Cryoegg. Cryoegg is a wireless ball-like device containing a battery, sensors and a radio transmitter. Its almost spherical shape allows it to glide easily and smoothly through the water channels within glaciers. It is therefore very unlikely to get stuck. As Cryoegg is wireless, it can simply be dropped into a moulin or lowered into a borehole. The three parameters of pressure, temperature and electrical conductivity are measured using sensors integrated www.keller-druck.com – 3 – into Cryoegg. The pressure sensor is a KELLER PA-20D (250 bar) pressure transmitter. It features a vacuum-sealed
diaphragm and communicates with the microcontroller via a digital I2C interface. The transmitter delivers a 16-bit pressure value to the microcontroller but only utilizes half of the available range. The rest is used to report pressures slightly above the calibrated range. This means that the smallest reportable pressure interval is 7,6 mbar. During practical field tests, the KELLER sensor was even able to detect changes in water pressure with up to 0,1 bar accuracy. Separate, independent sensors are installed for temperature and conductivity measurements.

“The pressure sensors from KELLER have the reliability and robustness required to withstand even the harshest environmental influences. The digital I2C interface has also made it very easy for us to integrate it into our electrical design.”
– Mike Prior-Jones

Field trials of Cryoegg were carried out on Switzerland’s Rhône Glacier in 2019. The team attached Cryoegg to a rope and lowered it into a moulin for testing. As soon as Cryoegg reached the bottom of the moulin, the water pressure it was measuring using the KELLER PA-20D sensor appeared on the monitor. As the pressure continuously dropped to zero over the course of an hour, the team was able to conclude the stored water was flowing out of the moulin. Ice is also very transparent to radio waves, which is why glaciologists have long used radar to see through it. A further field trial was carried out in the East Greenland Ice Core Project’s borehole. This showed that Cryoegg could return data through more than 1,3 km of ice, and that the sensors could withstand operation at -30 °C.

Cryoegg team intend to return to the East Greenland Ice Core Project (EastGRIP) site in the coming years. This borehole is drilled into the North East Greenland Ice Stream (NEGIS), which is a very fast-moving section of the Greenland Ice Sheet. Understanding how the NEGIS responds to climate change is important in forecasting how quickly ice from the Greenland Ice Sheet will reach the sea and raise global sea levels. Once the EastGRIP ice core is completed, they will leave behind a 2,5 km deep borehole through which Cryoegg will access the environment beneath the ice sheet. Cryoegg is currently undergoing further optimization at Cardiff University to enable it to cope with the high pressure beneath the NEGIS. Adapting the housing and fitting a KELLER 7LD sensor will enable robust measurements of water pressure reliably and in real time. The KELLER 7LD pressure transmitter could be the optimal solution for this. As well as its compact size, it also provides very reliable measurements, and its chip-in-oil technology makes it extremely robust against environmental influences. Here too, the I2C interface supports easy integration into the existing system. The low power consumption of the pressure transmitter also makes it ideal for use in batteryoperated systems.

The aim of Cryoegg team is to use the latest technology to gain a better understanding of glaciers and how they work. This in turn will ultimately enable us to find solutions to maintain and effectively protect our glacier and polar regions long term.

KELLER AG für Druckmesstechnik, headquartered in Winterthur (Switzerland), is Europe’s leading manufacturer of isolated pressure transducers and transmitters. The company, which has a global workforce of around 400 employees, was founded in 1974 by Hannes W. Keller, a graduate in physics and the inventor of the integrated silicon measuring cell. The entire value creation, from production of the individual parts and calibration of the sensor through to the final inspection of the finished products, takes place at the headquarters in Winterthur. All KELLER AG products are therefore “Made in Switzerland”. 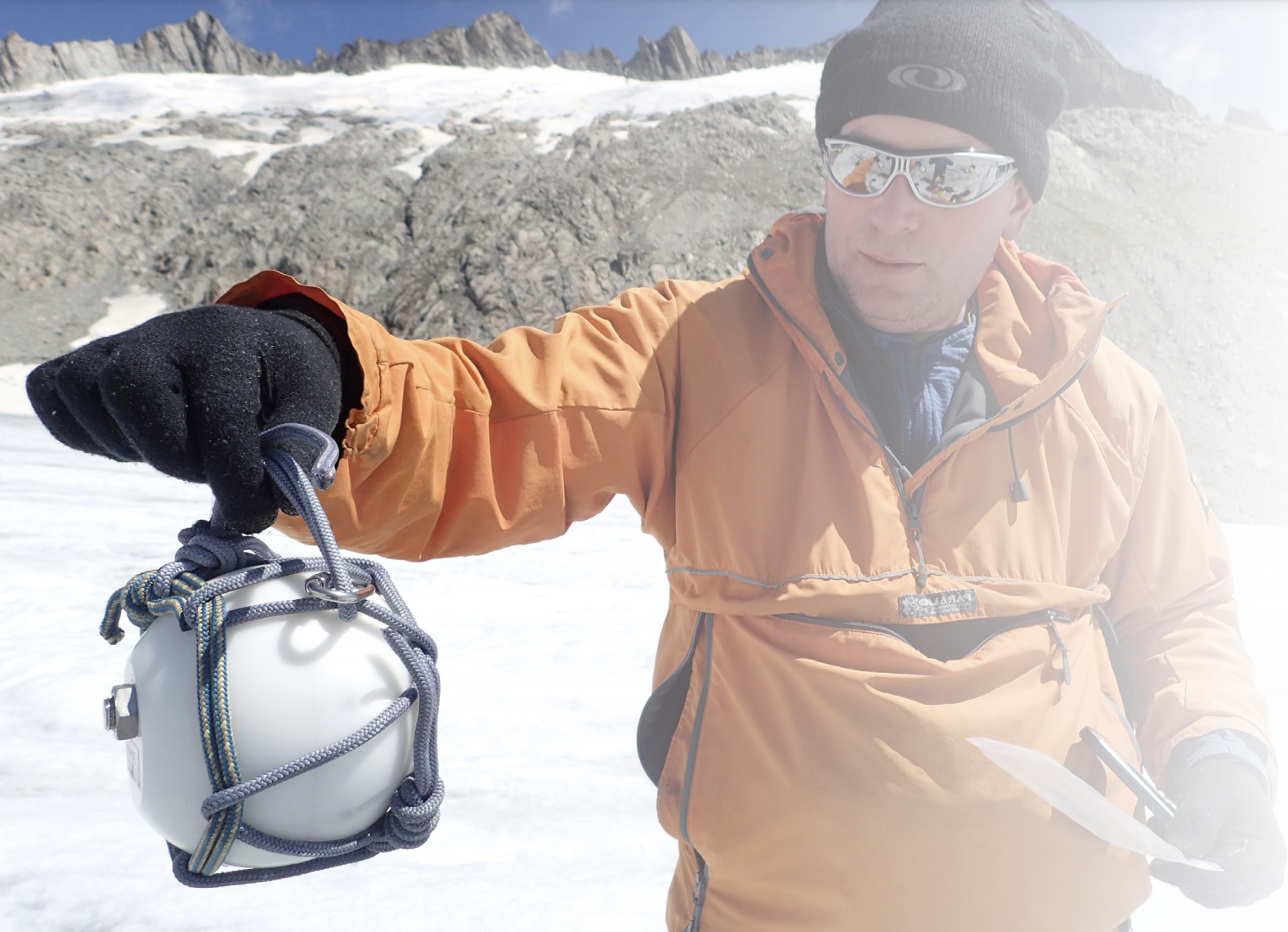 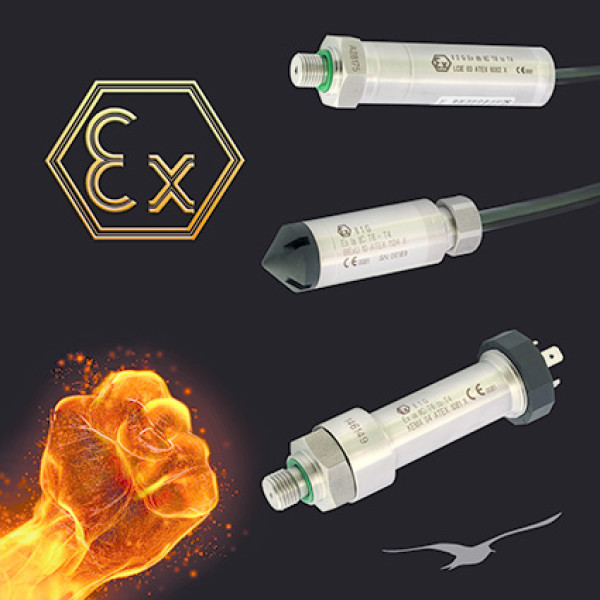 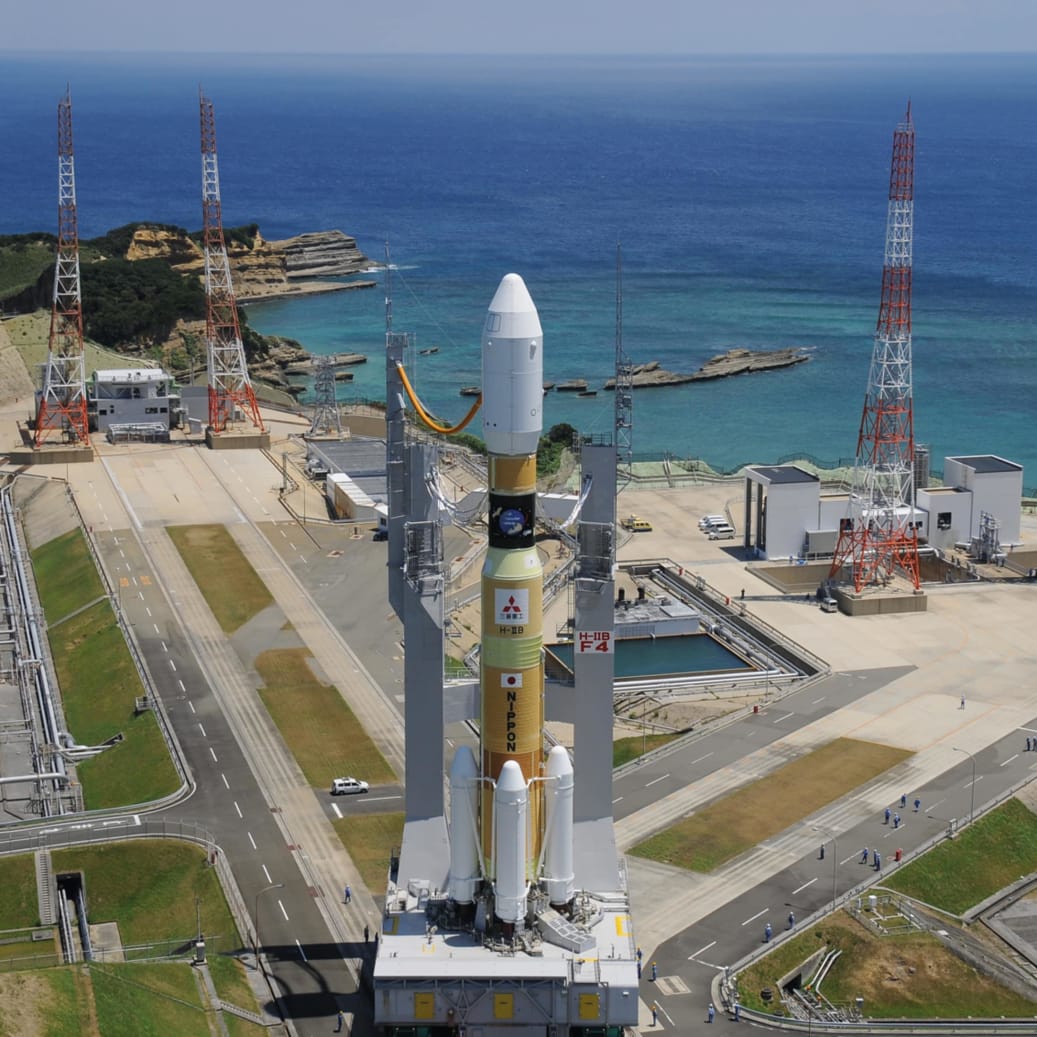 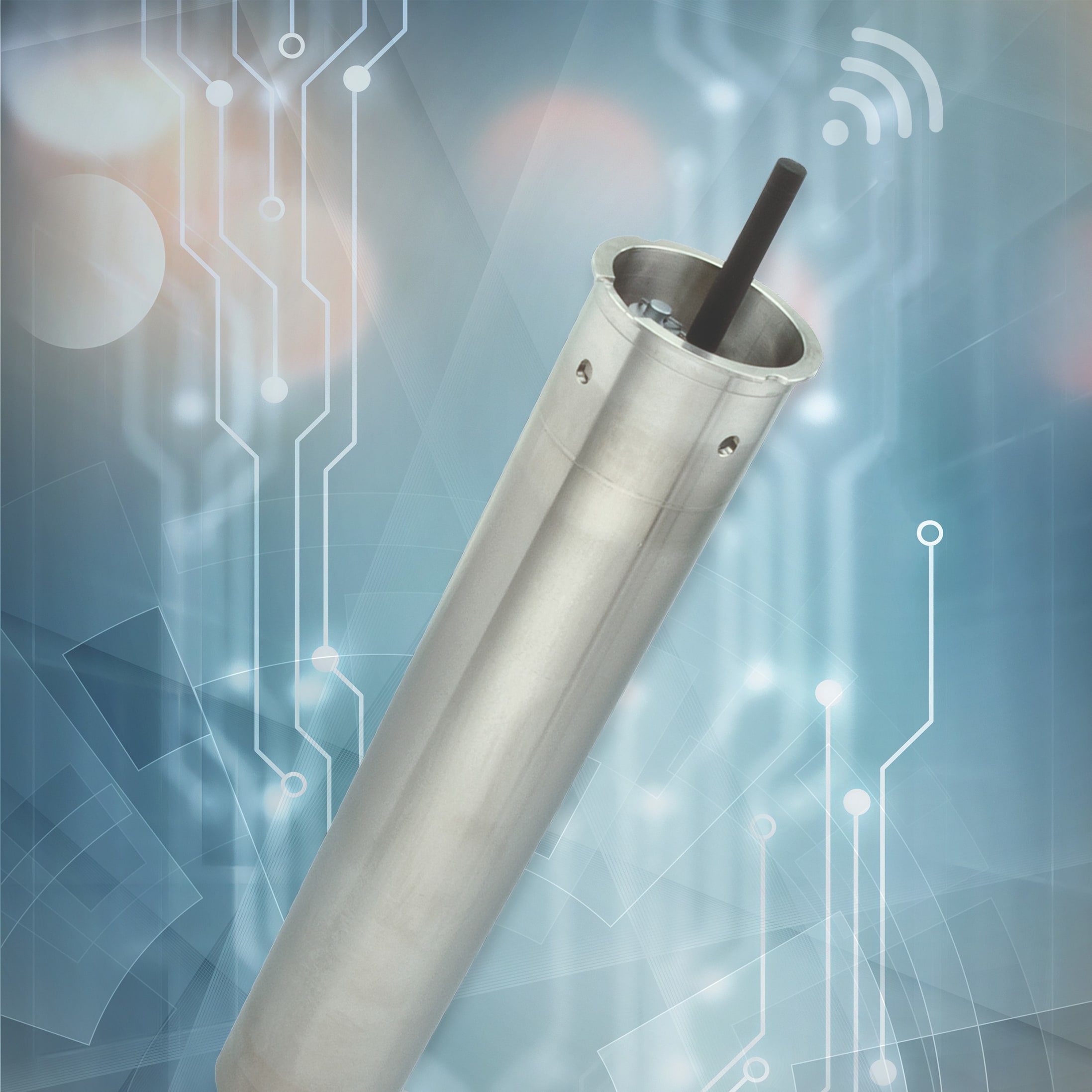 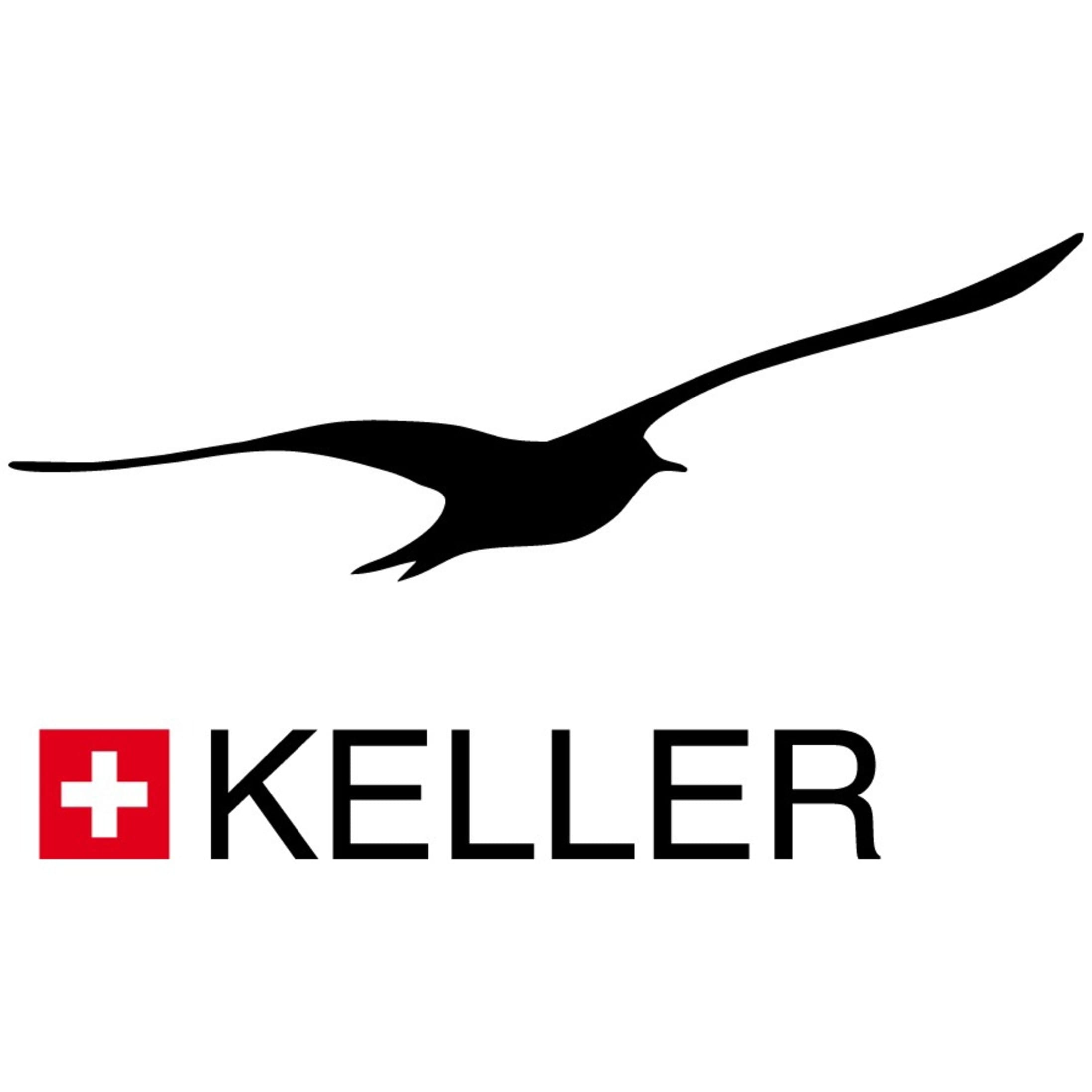 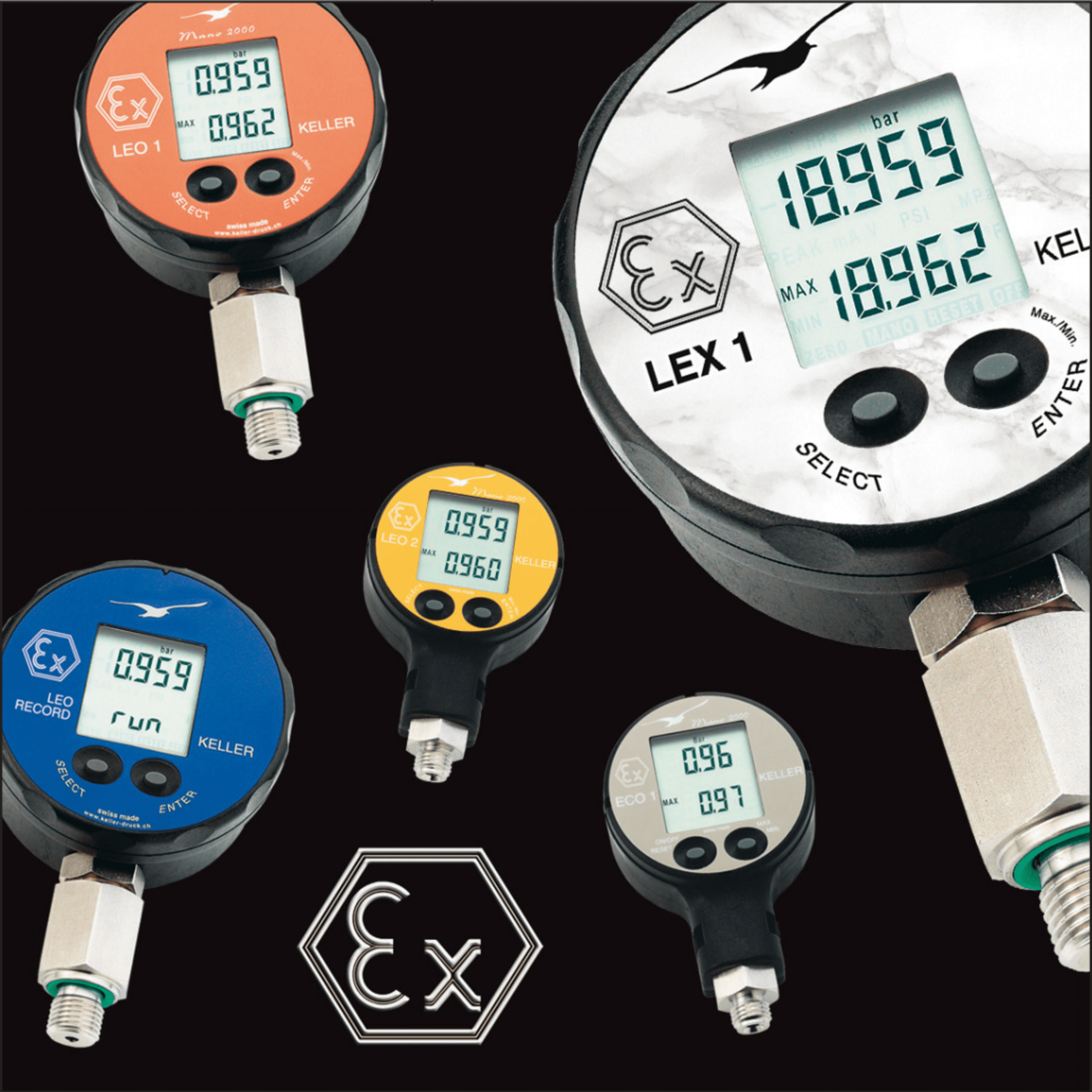