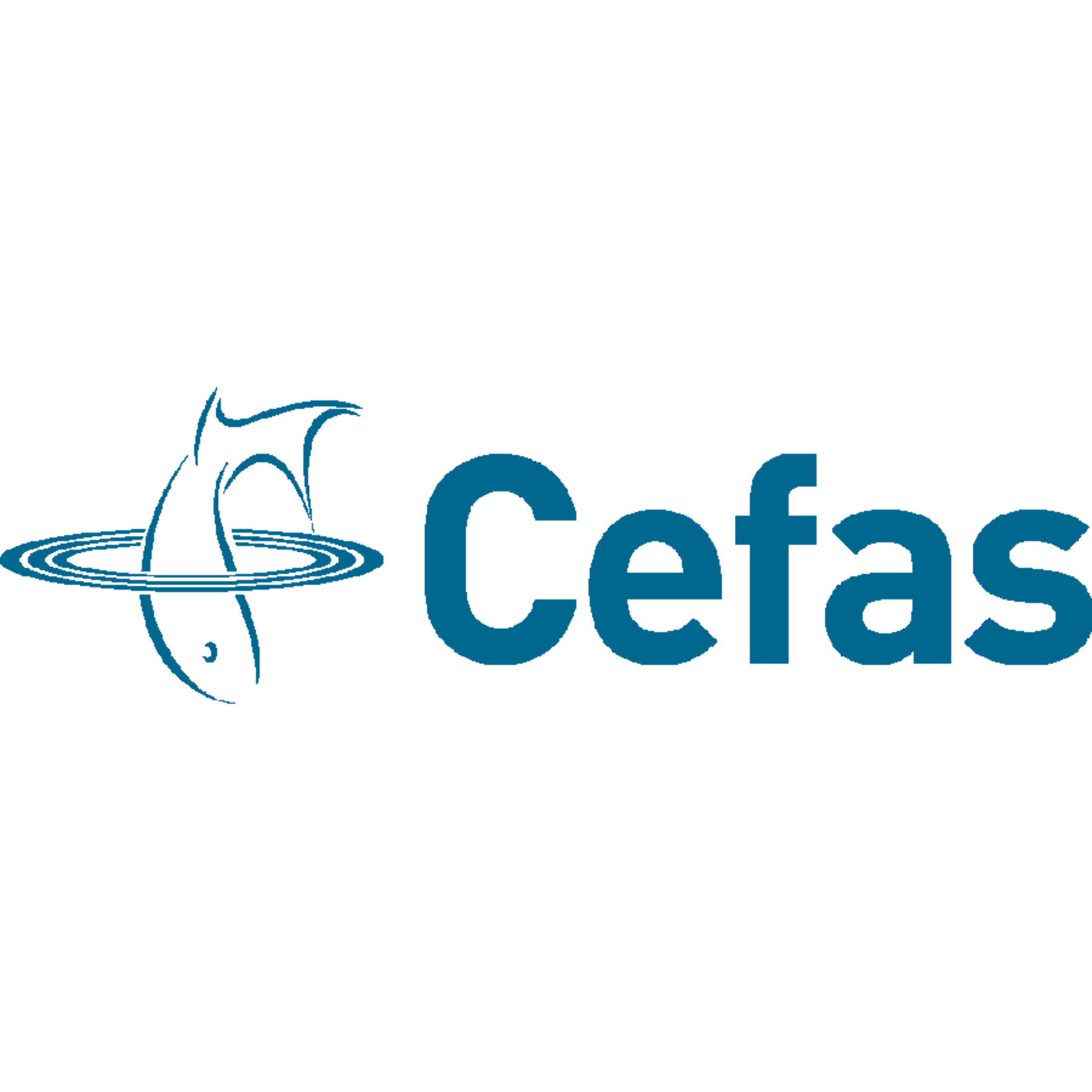 By CEFAS - The Centre for Environment, Fisheries and Aquaculture Science

A state of the art technique for mapping and counting schools of fish has been tested on an autonomous marine platform in the North Sea, offering a new method for collecting data on fish stocks.

As part of a multi-vehicle mission under the UK NERC/Defra funded AlterEco project, the Wave Glider called Lyra was deployed in the central North Sea about 270km north-east of Newcastle-upon-Tyne, UK by RV Cefas Endeavour. She spent 41 days at sea, repeatedly covering a 64 km long transect along which valuable data were collected under different conditions, before finally being recovered by RV Cefas Endeavour, 20km off Lowestoft. While deployed, the Wave Glider was remotely piloted 24/7 by the Liquid Robotics’ Operations Team from their California headquarters in Silicon Valley almost 9000 km away and covered over 1700km at sea.

For this mission, Cefas’ Lyra was fitted with the new state of the art Simrad EK80 broadband echosounder with two transducers (200kHz and 70kHz), utilizing a version of the electronics that has been specifically designed for autonomous surface vehicles called the WBT Mini. The system was self-contained with its own dedicated battery and used in standalone mode. Lyra collected acoustic data continuously for 23 days on the organisms in the water-column at very high resolution, which scientists are now using to learn more about zooplankton and fish populations around the UK.

Traditionally, such techniques have required the use of survey vessels, but Cefas technologists have integrated equipment on to the Wave Glider to explore the possibility of using new platforms to complement ship-based monitoring. In the long-run this could offer value for money and more comprehensive measurements to understand the marine environment.

As with previous missions, Lyra was also fitted with a Cefas ESM2 data logger, which collected information on the physical properties of the sea surface including salinity, temperature, oxygen, fluorescence, turbidity and solar irradiance data at five-minute intervals. These data will be used to study the oceanographic features of this dynamic area. Lyra was also fitted with a meteorological sensor recording wind speed and direction, air temperature and barometric pressure, which will be used to estimate sea state and thus the performance of the acoustic system under different weather conditions. 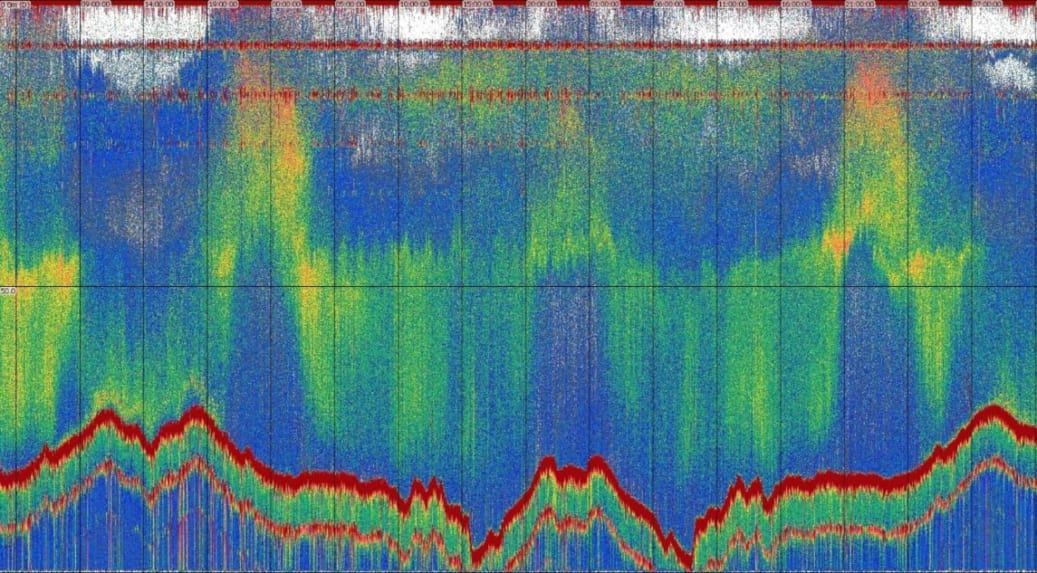 Preliminary results suggest that evidence has been captured of diurnal (day-night) vertical migrations of zooplankton and other organisms in the water column, as well as schools of fish. At the start of the deployment, net samples of zooplankton were collected aboard the RV Cefas Endeavour, which will be used to help identify the organisms that are acoustically detected.

A second AlterEco mission is planned to start in mid-August. For this, Cefas engineers are assessing the feasibility of integrating the echosounder into Lyra’s computer system so she can transmit summary data over the satellite communications link and offer the ability to change pre-planned mission setups when required by Cefas scientists.

“When Cefas purchased Lyra, the fisheries acoustics application was the one that stood out as very technically challenging but with potential to collect important data in a cost-effective way.”

“This very successful mission outcome was possible due to development work carried out by a multi-disciplinary team of experts at Cefas including scientists, mechanical and electronic engineers, software developers and technicians”.

“These autonomous vehicles could eventually take over elements of ship-based monitoring of the fish and zooplankton community by being able to identify these components of the food chain from the acoustic data alone and thus saving money by reducing the durations of ship-intensive surveys.”

“After seeing the preliminary data we collected, I am extremely excited about the future for autonomous vehicles, such as the Wave Glider, for providing valuable zooplankton and fisheries data to help meet our future scientific and monitoring requirements.”

“Over the six past years, we’ve had the privilege of working with CEFAS to advance marine monitoring using our Wave Gliders, unmanned ocean robots,” said Daniel J. Middleton, Executive Vice President of Global Sales and Business Development, Liquid Robotics, A Boeing Company. “We are excited to be a part of their successful AlterEco Program to deploy Wave Gliders in the turbulent North Sea. The mission produced high quality data critical to understanding the changing ocean environment and its’ impact on the fish and zooplankton populations.”

“We’re excited to see how adaption of new platforms improve marine science” says Tonny Algroy, sales director Underwater Science at Kongsberg Maritime. “Our goal is to optimize the EK80 scientific echosounder system for any platform, with consistency between measurements done from research vessels and new platforms.”

Cefas scientists will use the experience of both this, and a second upcoming AlterEco mission, to trial the fisheries acoustics system during the annual pelagic survey in the south-west of the United Kingdom (Peltic survey) on RV Cefas Endeavour in October. This will help in further evaluating applications including those in remote areas. Lyra expands Cefas’ research and monitoring capabilities in areas such as water quality monitoring, fisheries assessments, aquaculture health and ambient noise measurement.

Top Picture: Cefas’ Wave Glider Lyra sailing away on the start of the 41 day mission after being deployed from RV Cefas Endeavour.

CEFAS - The Centre for Environment, Fisheries and Aquaculture Science

The Centre for Environment, Fisheries and Aquaculture Science (Cefas) provides world class science for the marine and freshwater environment. Cefas is an Executive Agency of Defra and the UK’s most diverse centre for applied marine and freshwater science and research, covering an unrivalled breadth of specialist areas to provide a fully integrated, multi-disciplinary approach to our customers’ needs.

Connect with CEFAS - The Centre for Environment, Fisheries and Aquaculture Science

POPULAR POSTS BY CEFAS - The Centre for Environment, Fisheries and Aquaculture Science