The Avantes Eclipse Team was on hand Monday, August 21st, 2017 at the NCAR/ NASA observation post set up on Casper Mountain, in Casper, Wyoming to witness and study the eclipse from the path of totality.

The producers of the award winning PBS science program, Nova were on hand to document the eclipse experiments1 of scientists like Dr. Steve Tomczyk, Sr. Scientist and Section Head at the National Center for Atmospheric Research, Hight Altitude Observatory2.

The Casper Mountain site afforded scientists an excellent observation point along the path of totality, in part due to the lessening of atmospheric pressure at higher altitudes but also the arid conditions of the high plains allowed researchers to get the clearest possible observations3 of the solar phenomenon. 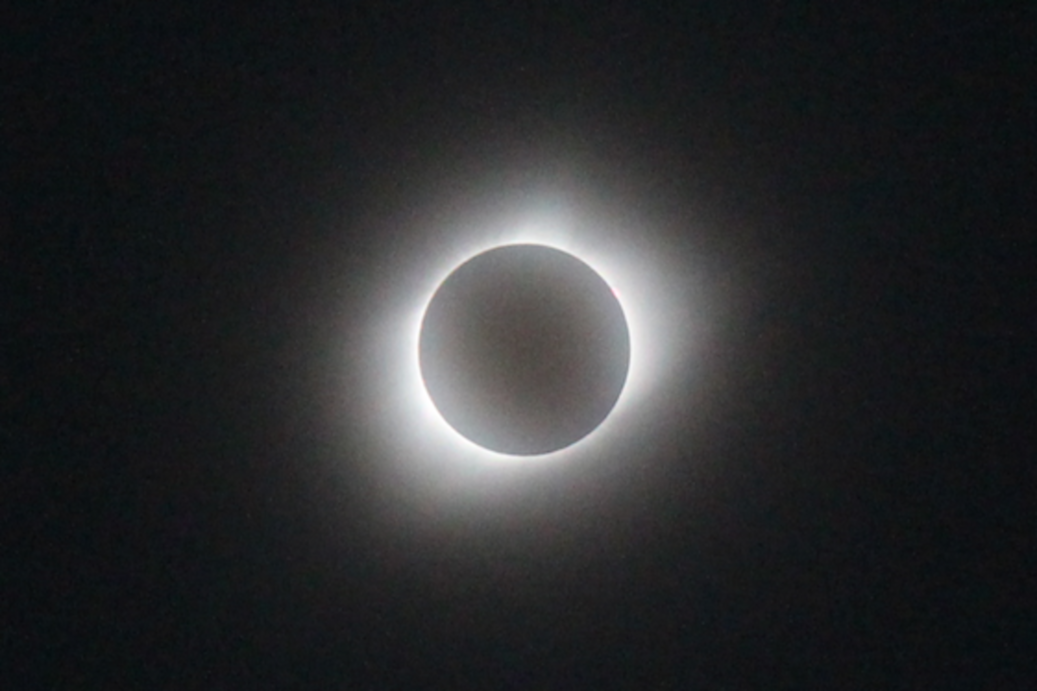 Casper Mountain was fortunate to enjoy ideal weather conditions for observing the solar eclipse. The encampment was situated directly on the path of totality with a mild 76 degrees, low humidity, and near cloudless sky situated at approximately 8,000 ft. or 2,438 meters above sea level4.

Beginning at 10:22 am MST local time, the moon made first contact with the sun5. During this first contact phase, the observable light began to noticeably dim and temperatures began to fall. Shadows of the eclipse could be observed on the ground and through devices set up to act as pinhole cameras. Telescopes trained at the sun with the use of neutral density filters could allowed observers to view sun spots on the surface of the sun. It took approximately an hour and twenty minutes for the moon to completely obscure the face of the sun, reaching second contact.

Observers were able to catch a brief glimpse of Bailey’s beads6 and the diamond ring before the eclipse reached totality at 11:42 am and the mountain top was plunged into darkness. Totality lasted 2 minutes, twenty-six seconds at the Casper Mountain site. The temperature fell rapidly in the high mountain meadow set up as the observation post, dropping from 76 degrees before first contact to 49 degrees at the lowest point.

The Avantes team set up an AvaTrek-Irradiance field kit featuring the AvaSpec-ULS2048x16-USB2 spectrometer, FC-UV400 400 µm fiber cable, Cosine Corrector and AvaTripod. Beginning at first contact, we collected spectra measurements each minute for the first hour of the partial eclipse phase. At twenty minutes prior to second contact at the onset of totality, through totality, and continuing five minutes past third contact (end of totality), we collected spectra every 100 ms. For 30-40 minutes longer into third contact, we returned to a scan per minute sample rate.

While our data will be a poor shadow compared to the data collected via telescope by the NCAR/ HAO team, we are eager to share this data as a Spectra of the Month feature in the near future. Follow us on Facebook to get the latest update.

While mankind has been able to predict eclipses reliably since Edmond Halley predicted the London eclipse of 1715 using Newton’s theory of universal gravitation7, there is still a great deal that science has to learn from a solar eclipse.

Because the sun is usually too bright to observe directly, either with the human eye or with sophisticated light sensing equipment such as cameras and telescopes, a total eclipse presents a unique opportunity to directly observe the sun. The intensity of the sun’s light obscures the much fainter plasma corona, which becomes starkly visible during an eclipse.

The Sun’s Corona Presents a Mystery

The corona emits a fainter light than the chromosphere because the gases are less dense than at the sun’s surface. The corona, even though it is farther from the core and less dense, is paradoxically much hotter than the sun’s surface. There are several theories, but as yet there is no scientific consensus and this coronal plasma effect remains a mystery8. Data collected by the High Altitude Observatory (HAO) and NCAR scientists on August 21st might be instrumental in providing answers.

Solar flares and other phenomena of solar weather is also an important area of study. The churning magnetic fields of the sun occasionally erupt and allow a jet of high-energy radiation to escape in what is called a coronal mass ejection. These massive explosions from the sun’s surface have the potential to be dangerous on Earth where technology can be adversely affected. Learning more about these coronal mass ejections with data about the corona collected during the eclipse might also help scientists better understand and predict this phenomena as well. 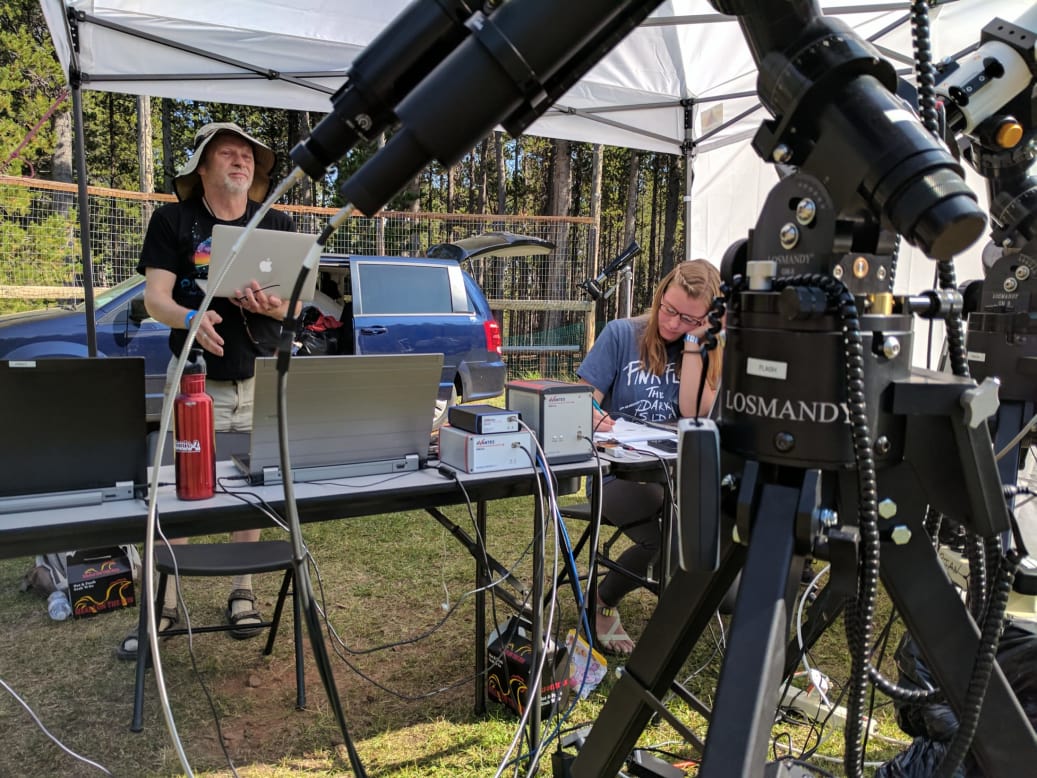 avantes in actionAvantes was honored to have the opportunity to provide three of our spectrometers for use in NCAR High Altitude Observatory eclipse experiments9. The ideal conditions experienced at the Casper Mountain observation post allowed Dr. Tomczyk and his team to collect a wealth of data in the visible and near infrared wavelengths from the solar corona and chromosphere.

In one experiment, the HAO team used the new AvaSpec-NIR512-2.5-HSC-EVO to capture the NIR spectra from the entire corona out to 10 solar radii. In another, dual channels will collect NIR (AvaSpec-NIR256-1.7-USB2) and Visible (AvaSpec-ULS2048CL-USB2) spectra from paired telescopes to take spectra of the layers of the sun’s chromospere- the area between the photoshpere and the corona. By taking measurements in rapid succession every 8 milliseconds, and calculating this against the rate of the moon’s passage, the data is expected to provide something like a topographical map of the chromosphere layers.

The data collected at the Casper Mountain observation post will be analyzed10 and decoded for new understanding and insights into the nature of our immediate solar system for years to come. NCAR and HAO will eventually be releasing their data11 to other researchers and scientists around the world, but preliminary reports from the HAO team are very optimistic.

What Can Spectroscopy Tell Us About the Sun

It is a well established principle that each element of the periodic table has a unique spectral signature, meaning that each element absorbs a unique pattern of wavelengths. Spectrometers use gratings to split light into component wavelengths that, when collected by a detector array, allow measurement of energy at each wavelength of the detector’s dynamic range. By analyzing light reflected by any number of samples, and spotting the absorption lines (wavelengths that are not reflected- thus are absorbed) created by the sample, the elemental composition of the sample can be determined.

Spectra data collected during the eclipse of August 7, 1869 lead to the discovery of a mysterious, never before seen element was identified because of a faint absorption line in the green range at 530.3 nm12. Because this “new” element was discovered in the corona of the sun, it was initially called Coronium. Scientists of the era tried many approaches to identify the source of this seemingly new element for years. Eventually the work of Grotian and Edlen in 1939 solved the mystery when they concluded that the intense heat and chaotic interaction of the sun’s gases produce a form of highly ionized iron plasma (Fe 13+) unlike anything that can be produced in laboratories on Earth13.

With advances in optical technology and computing power since previous eclipse events, there is no end to the potential new insights that might come as the results of the work of Dr. Tomczyk and other researchers studying the great North American eclipse of 2017. 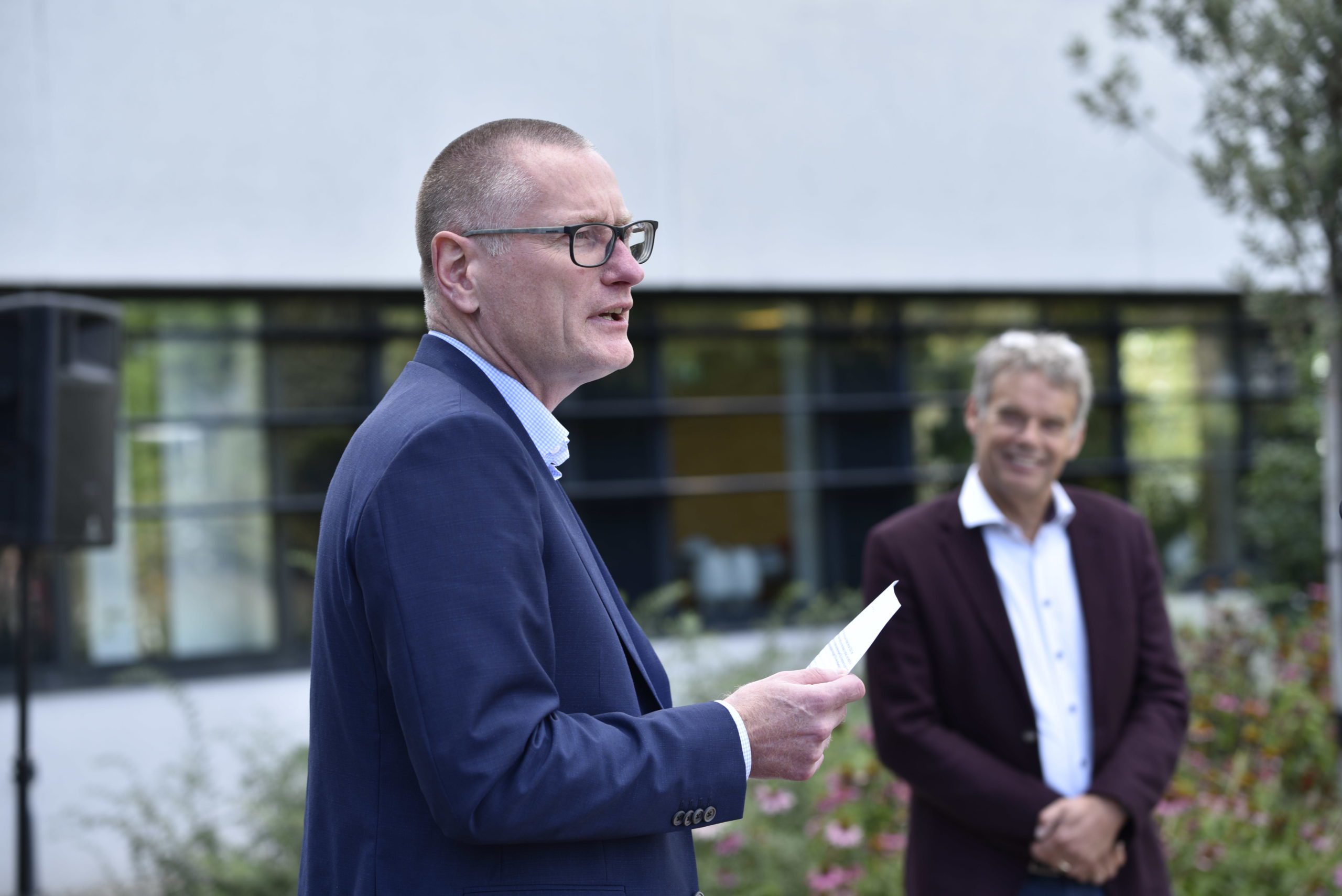 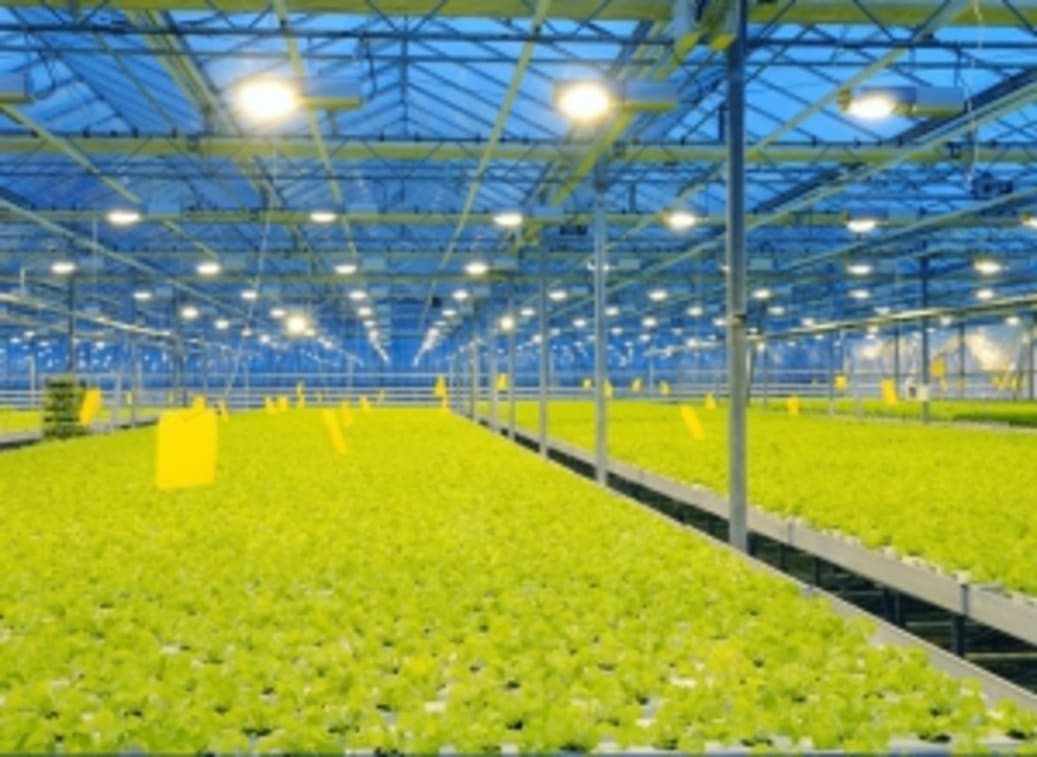 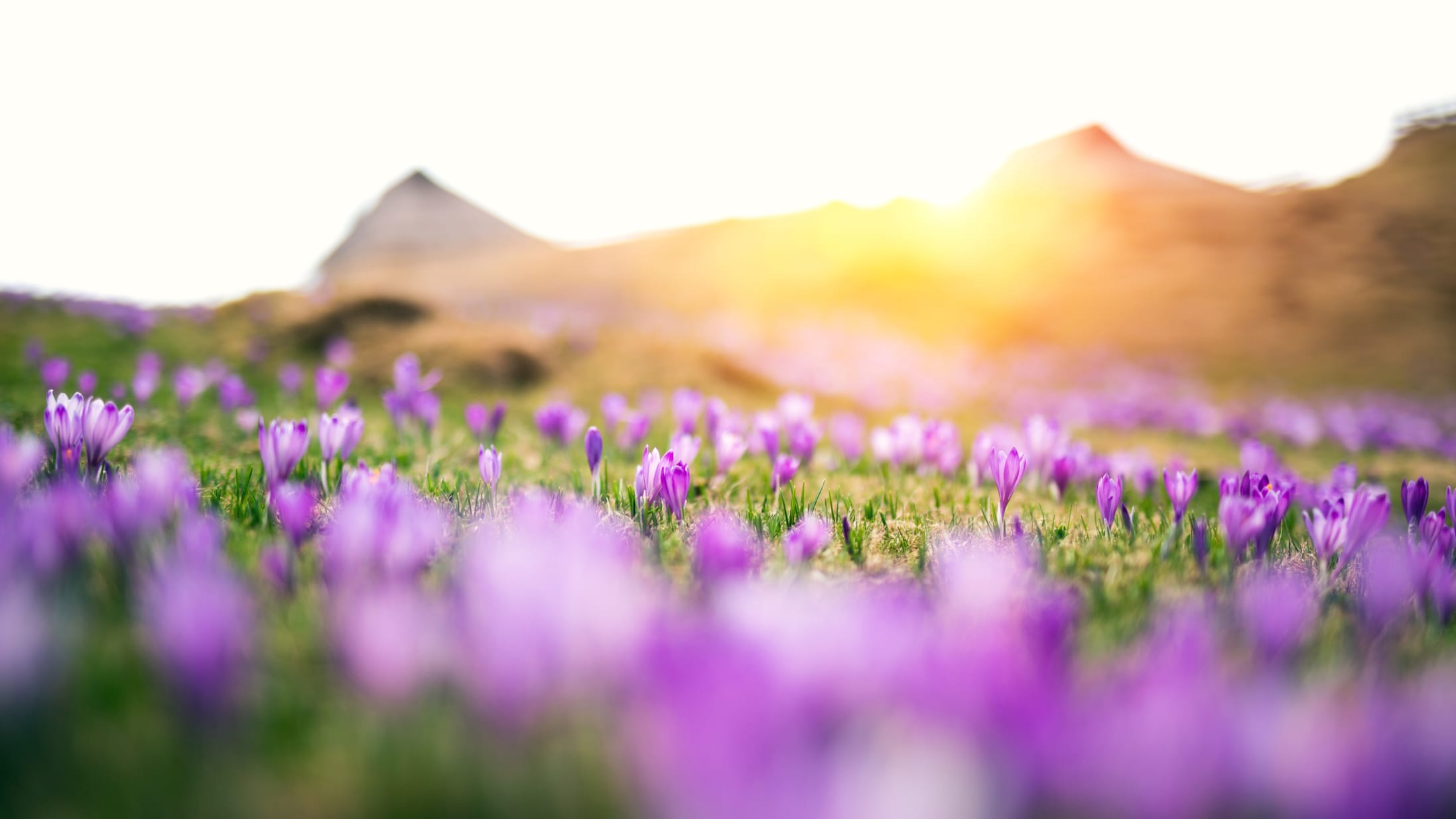 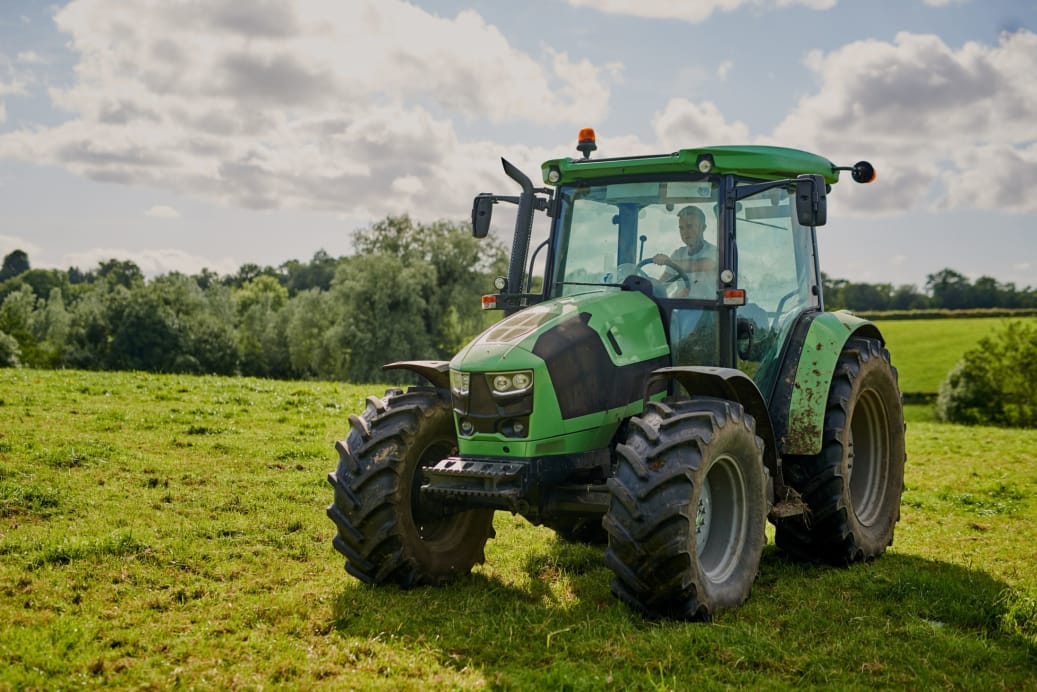 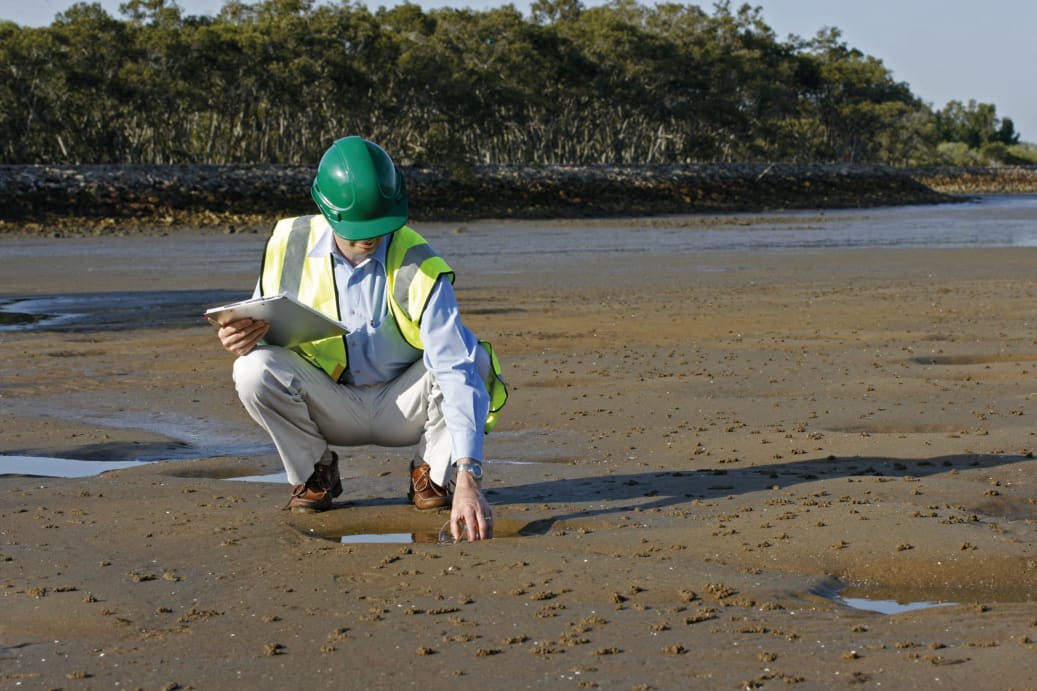 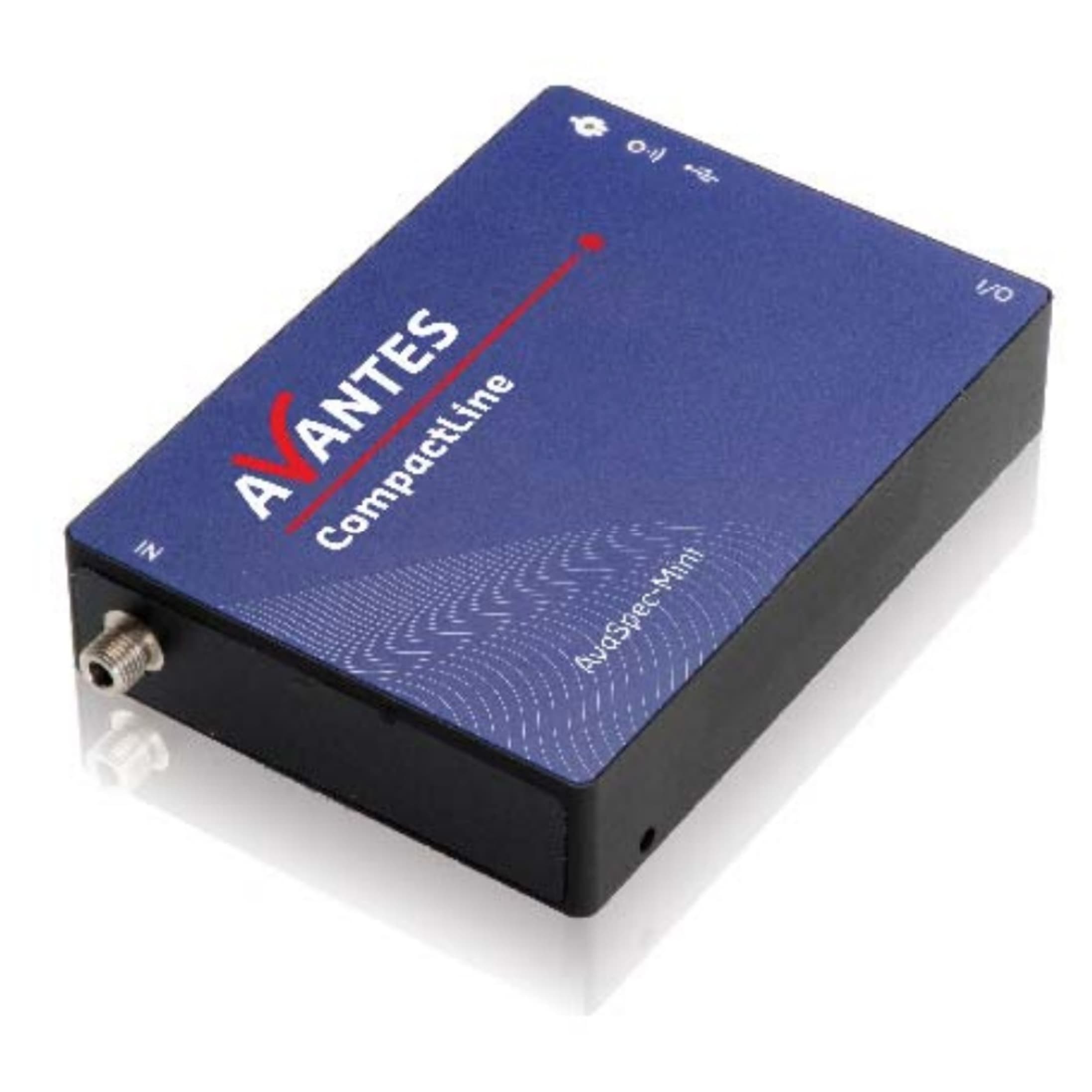