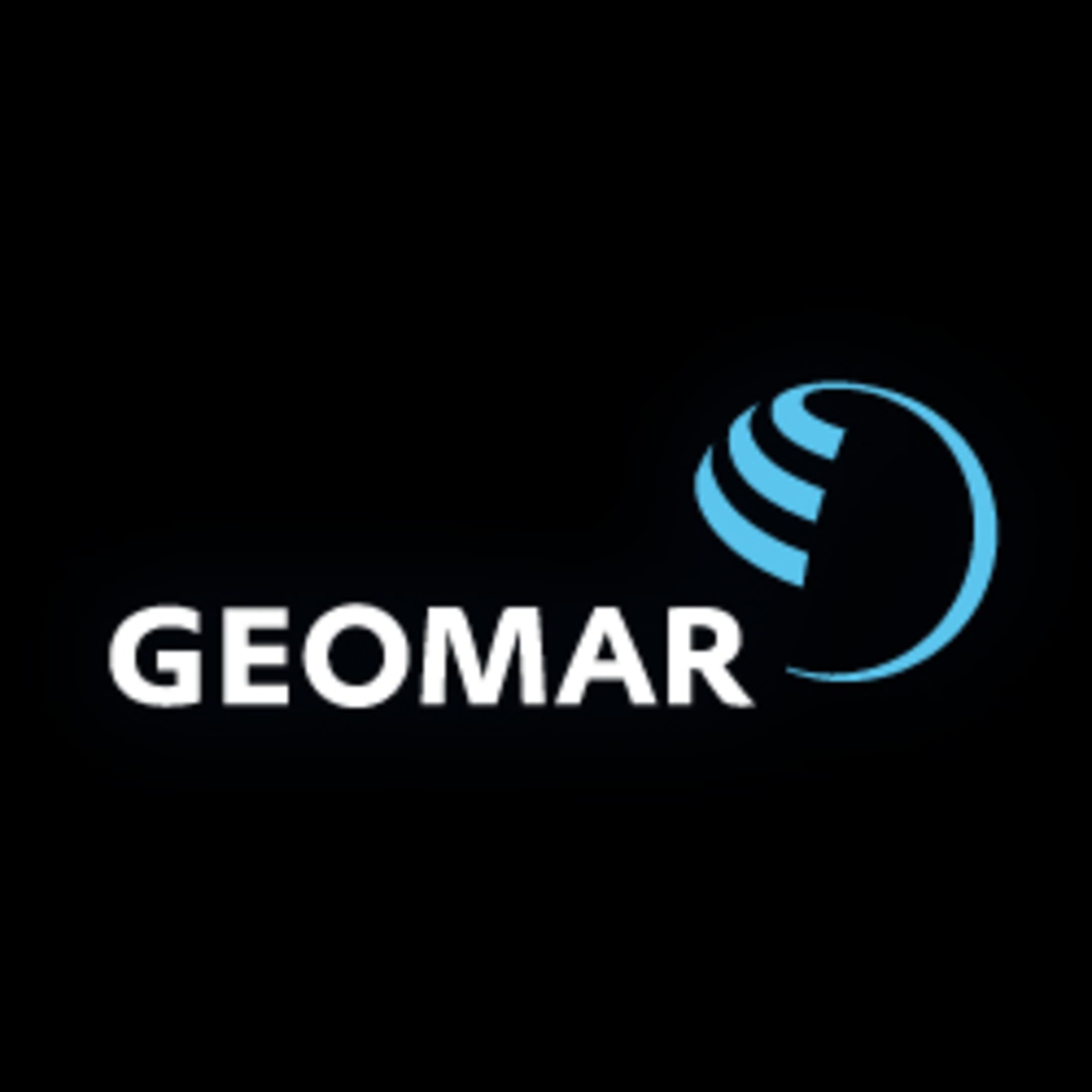 Over many decades lead (Pb) has been released into the atmosphere due to human activities, such as combustion of leaded fuel. A group of researchers led by the GEOMAR Helmholtz Centre for Ocean Research Kiel have now been able to show that following the phase-out of leaded gasoline in Europe over the last decades, there has been a 4-fold reduction in Pb concentrations in surface waters of European shelf seas. Nevertheless, the legacy of the historical global Pb pollution is still evident, and instead of the atmosphere, marine sediments are now supplying most of the Pb to the overlying waters. The results of the study have been published in the scientific journal Geophysical Research Letters.

Lead (PB) is one of few elements for which the impact of human activity on the marine environment is clearly evident. It has no biological function and is toxic to humans and marine organisms. The anthropogenic perturbation dates back to the middle of the 19th century, with coal and leaded gasoline combustion serving as major Pb sources to the atmosphere. Anthropogenic Pb is transported in the atmosphere over long distances and deposited in remote areas resulting in enhanced Pb concentrations in surface oceans of >190 pmol kg-1 during the peak of the Pb emissions in 1970-80. These are about 100 times higher than natural background levels.

Dissolved Pb concentrations (pmoles per liter) in the slope region of the Celtic Sea. Enhanced concentrations visible in surface waters from atmospheric inputs) and at ca. 1000 m (from watermasses originating in the Mediterranean). Source: GEOMAR.

Since then stricter environmental regulations have resulted in reduced Pb emissions to our environment. Leaded gasoline has now virtually been phased out with notable decreases in Pb concentrations in oceanic surface waters. A study by an international team of scientists led by GEOMAR Helmholtz Centre for Ocean Research Kiel presents new observational data that indicates a reduction in Pb concentrations in surface waters of European shelf seas. Nevertheless, the legacy of Pb, in particular from the Mediterranean, is still present and new Pb sources emerge in the marine environment. The team has published its results in the renowned international scientific journal Geophysical Research Letters.

The last assessment of Pb concentrations in European shelf seas was undertaken when leaded gasoline was still widely used. In the new study the marine biogeochemists Dagmara Rusiecka, Dr. Martha Gledhill and Professor Eric Achterberg from GEOMAR show that a 4-fold reduction in Pb concentrations is evident in surface waters of the Celtic Sea, compared to measurements undertaken two to three decades ago. “This is the first study showing a pronounced reduction in Pb concentrations in European surface waters since the phasing out of leaded gasoline,” says Dagmara Rusiecka, PhD student and lead author of this study. “and underpins that the successful phasing out of leaded gasoline led to a substantial reduction in atmospheric Pb pollution and deposition in marine waters”, Rusiecka continues. Nevertheless, in the study area the Pb concentrations are still 10 to 60-fold higher than natural background levels. The Pb deposited in the ocean is ultimately transferred to the sediments. “Since the atmospheric inputs are reduced, we can now see that the legacy Pb is being released by the sediments, forming a new Pb source to the environment”, Prof. Eric Achterberg from GEOMAR explains. Interestingly, waters from the Mediterranean which reach European shores at a depth of about 1000 m, carry a strong anthropogenic Pb signal. The Mediterranean has received a great deal of Pb from surrounding countries, with for example leaded gasoline in Italy, Spain and Greece only being phased out in 2003.

The study is a collaboration by researchers from the GEOMAR as well as colleagues from the University of Southampton at the National Oceanography Centre (UK), the Universities of Edinburgh, Plymouth (UK), Bretagne Occidentale (France), and also Netherlands Institute for Sea Research (Netherlands) and Lawrence Livermore National Laboratory (USA). The results are based on expeditions conducted as part of the UK Shelf Sea Biogeochemistry Programme and the International GEOTRACES Programme on the UK research vessel Discovery in the European Shelf Seas between Ireland and France (Celtic Sea) in the period 2014-2015. At numerous sites in the Celtic Sea, Dagmara Rusiecka took water samples for measurements of Pb, which were then analyzed in specialized laboratories at GEOMAR. 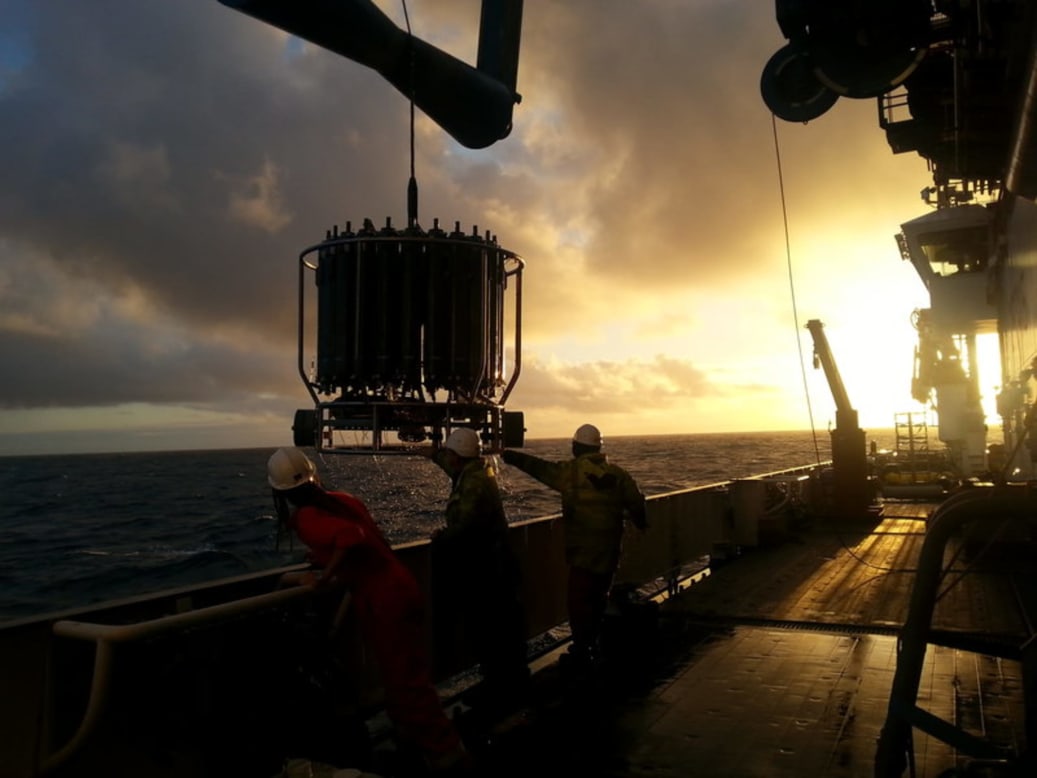 The sampling and analysis of Pb in seawater is challenging because of the relatively low concentrations. It has only been possible since the 1980s. The sampling has to be conducted using specialized metal-free equipment (Kevlar cables and Teflon coated bottles), in order to exclude contamination from sampling equipment. “Sampling is a particular challenge because Pb is found almost everywhere on ships – even on new plastic surfaces”, explains Dr. Martha Gledhill, co-author of the study. “We performed the analysis in specialized clean-rooms, similar to the ones that computer chips are manufactured in”, she continued.

Professor Eric Achterberg summarizes: “We now see reductions in Pb in surface waters of the European shelf seas due the reduction of Pb emissions. Unexpectedly, the sediments that accumulated Pb over the last 150 years, now have become a source of Pb to overlying waters. This was not expected, as Pb is assumed to bind very strong with particles in the seas and thus become permanently trapped in the sediment. Therefore, we assume that Pb concentrations in coastal waters will take much longer to return to the natural background levels than previously anticipated, with potentially negative consequences for marine organisms and humans following bioaccumulation in the foodchain.”

The Pb data from this study are an important contribution to the GEOTRACES Programme – a large international effort to map metal concentrations in the global ocean. “The data will allow us to make larger scale predictions about contaminant transport in shelf seas. Ultimately, combining such information with worldwide contaminant metal measurements and improvements in ocean models will enable us to make robust predictions about pollutant behaviour and effects on ecosystems at a global scale”, Professor Achterberg concluded.

GEOMAR Helmholtz Centre for Ocean Research Kiel is one of the world’s leading institutes in the field of marine sciences. The institute investigates the chemical, physical, biological and geological processes of the seafloor, oceans and ocean margins and their interactions with the atmosphere. With this broad spectrum GEOMAR is unique in Germany. Additionally, the centre has successfully bridged the gap between basic and applied science in a number of research areas. The GEOMAR is a foundation under public law jointly funded by the federal (90 %) and state (10 %) government. GEOMAR has a staff of 1,000 (status on 31 March 2017) and a yearly budget of around 75 Mio. Euro. 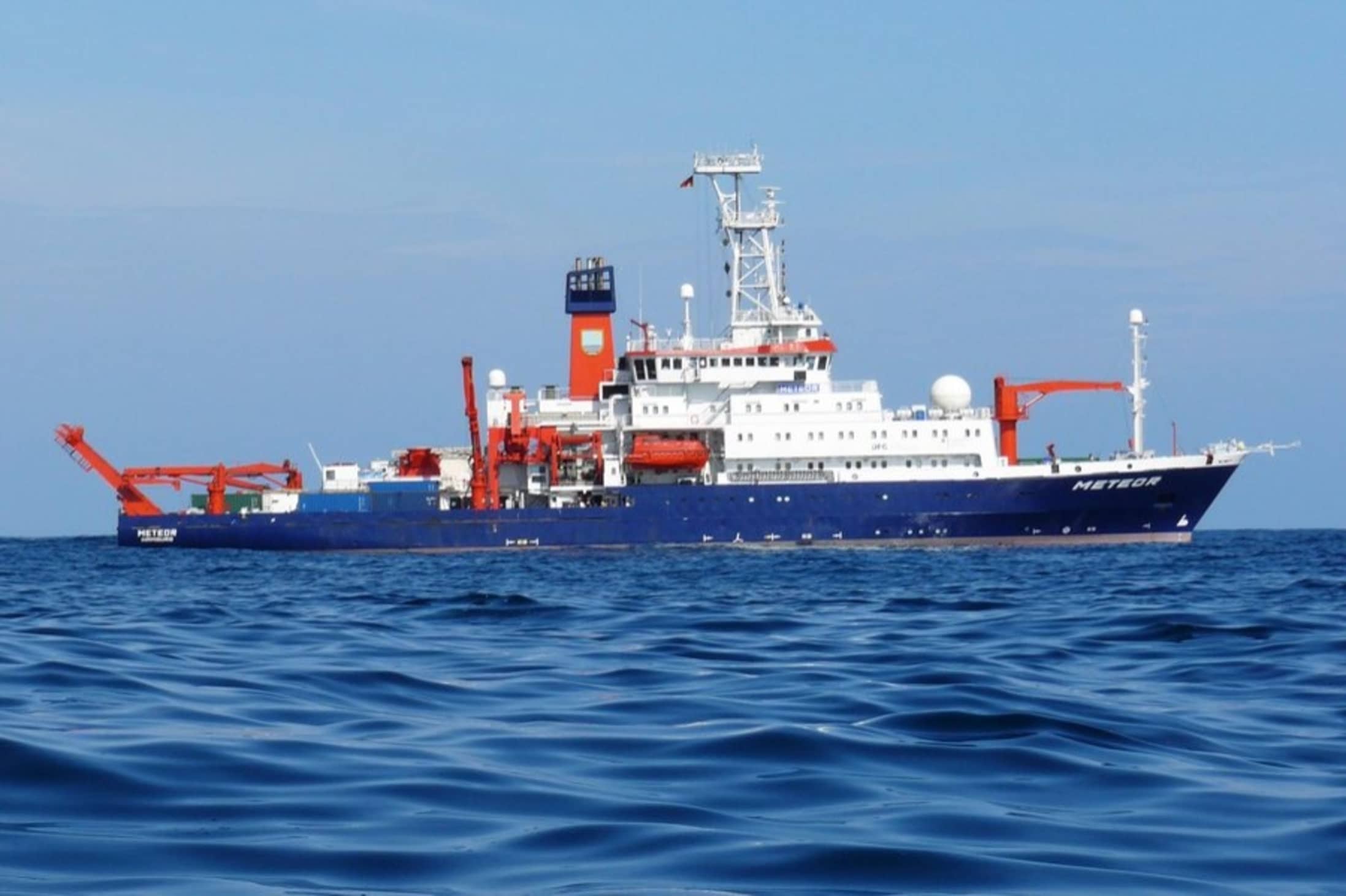