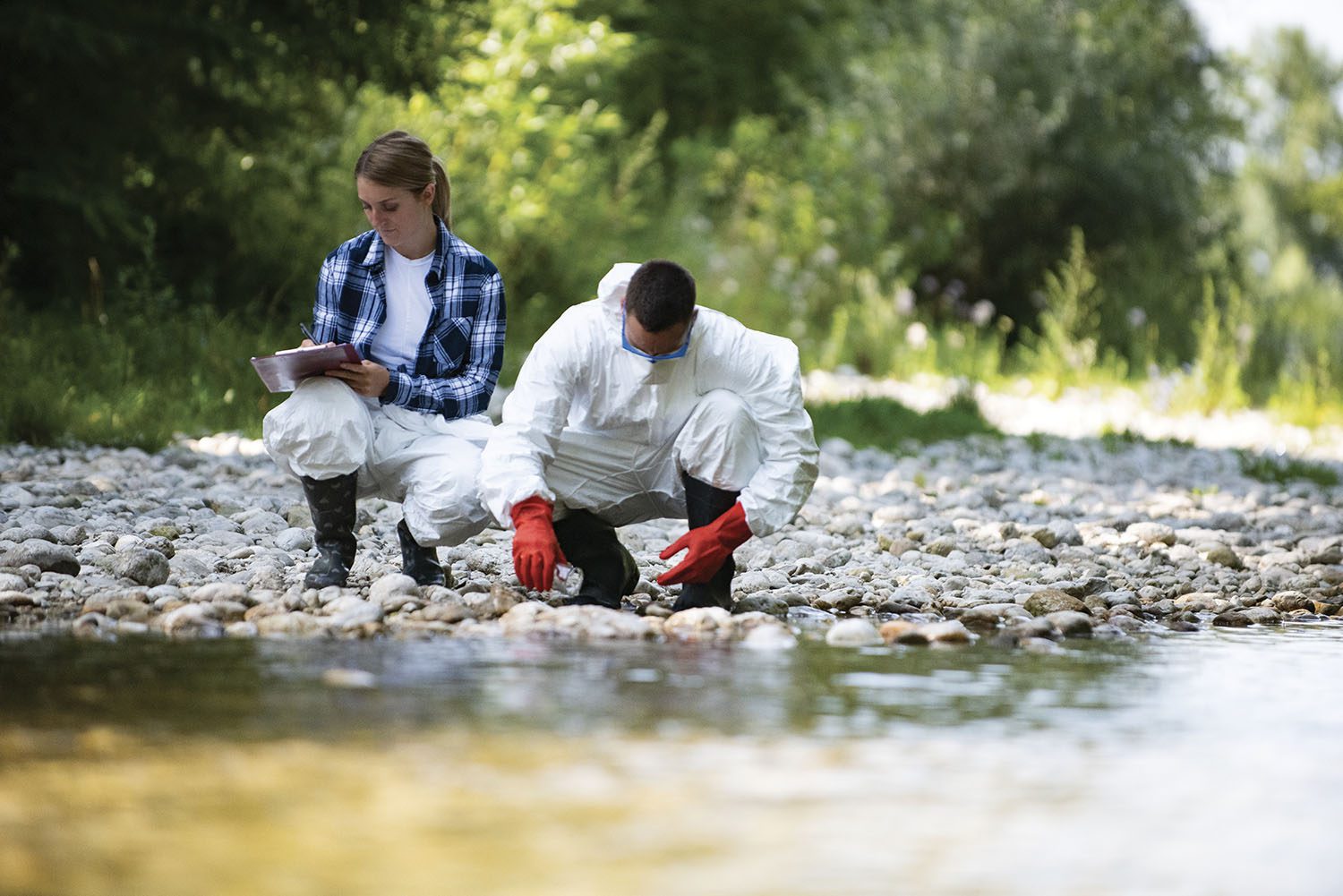 What’s in the Water?

With the advent of increasingly specific and efficient analytical techniques, the detection of trace concentrations of numerous compounds has been made possible. This has helped us better understand the impact trace pharmaceuticals are having on the environment – as well as highlighting how much more needs to be done to tackle the problem.

The occurrence of pharmaceuticals in rivers and lakes is mainly due to the inability of water treatment plants to remove these compounds efficiently before being released. Responding to growing concerns, the European Commission has put together a Watch List to be updated every two years, including 14 pharmaceuticals that are potential water contaminants. The idea behind this work is to determine whether the pharmaceuticals in question pose any threat to the environment. If so, a concentration limit would be set for them at EU level, known as environmental quality standards.

Although this is a great initiative to reduce the contamination impact on the aquatic environment, there are many other classes of pharmaceuticals, such as anticancer drugs, that are prescribed and administered daily, yet are not being addressed.

Cancer is a leading cause of death worldwide, with approximately 10 million deaths in 2020. Given the increased incidence of cancer rates every year, the production and consumption of anticancer drugs are unsurprisingly on the rise.

Anticancer drugs have been used clinically since the 1940s. They can be classified according to their chemical structures, their mode of action or the cell cycle specificity. In the Anatomical Therapeutic Chemical (ATC) classification, anticancer drugs are categorised into two groups:

These drugs can be administered in a variety of ways, including intravenously, orally, intramuscularly and intrathecally. In the treatment regimen, one or several anticancer drugs can be prescribed (known as ‘combination chemotherapy’) depending on the patient and stage of cancer. To increase the effectiveness of the treatment, drugs from different categories can be included in the regimen to treat the same type of cancer. In the table below, the mode of action of each category is described with examples of different drugs used to treat different types of cancers.

Occurrence in the Environment

After excretion, and depending on the compounds’ stability, anticancer drugs and their metabolites are released into the sewers and then discharged into the aquatic environment after treatment. The contamination of water with anticancer drugs could be derived from many sources, such as the pharmaceutical industry, hospitals and households’ wastes. Bearing in mind that the majority of these compounds don’t have a targeted mode of action against cancer cells, they can also affect normally dividing cells.

For this reason, more attention is now being paid to the detection of anticancer drugs in rivers and lakes and their potential risk to aquatic life. The first study revealing the occurrence of the anticancer drugs cyclophosphamide and ifosfamide in hospital wastewater and municipal wastewater treatment plant was conducted in Germany in 1996. Since then, increasing focus has been paid to this class of pharmaceuticals, especially in Spain and the United Kingdom.

Numerous methods have been developed and validated to detect these trace concentrations in rivers and lakes. In general, the most commonly adopted analytical techniques for the detection of anticancer drugs are Gas Chromatography Tandem Mass Spectrometry (GC-MS/MS), Liquid Chromatography Tandem Mass Spectrometry (LC-MS/MS) and Inductively-Coupled Plasma Tandem Mass Spectrometry (ICP-MS/MS). LC-MS is predominantly used in preference to GC-MS in order to avoid the derivatisation step before the analysis. ICP-MS is exclusively used to quantify the total platinum in the sample, which could indicate the presence of platinum compounds that can be included in the cancer treatment regimen, such as cisplatin, carboplatin and oxaliplatin. These techniques have achieved notable performances with detection limits as low as ng/L.

Nonetheless, in order to achieve this high sensitivity, sample treatment should be conducted to reduce interferences deriving from the environmental matrix and also to pre-concentrate the compounds of interest. This is mainly accomplished by Solid-Phase Extraction (SPE). Several SPE cartridges have been used for the extraction of anticancer drugs from environmental samples. The most used cartridge was Oasis HLB, as it is able to extract a high range of acidic, basic and neutral compounds.

The most frequently detected compounds between 1996 and 2018 were cyclophosphamide, tamoxifen, ifosfamide and methotrexate, with concentrations ranging between 0.01 and 86,200 ng/L.

As previously stated, the presence of anticancer drugs in the aquatic environment is due to their inefficient removal by treatment plants. Three types of treatments are usually provided in wastewater treatment plants: biological, physicochemical and chemical.

Throughout the biological treatment process, microorganisms such as bacteria, fungi, yeasts and algae are used to decompose the chemical compounds. However, biodegradation of anticancer drugs has often not been fully documented for the majority of the compounds tested. Although megestrol, etoposide, doxorubicin and gemcitabine showed rapid and high removal rates, cyclophosphamide and ifosfamide have been shown to remain at similar concentration levels post-treatment.

Finally, chemical treatments consist of oxidation with reagents such as H2O2 and Fenton’s reagent, ozonation and electrolysis. These treatments have also recorded high removal rates for a wide range of anticancer drugs. Examples of compounds that achieved a removal rate higher than 95 per cent include 5-fluorouracil, capecitabine, tamoxifen, cyclophosphamide, erlotinib, methotrexate and imatinib, amongst others. In addition to that, a combination of treatments has been shown to be more effective when one treatment was not enough to remove certain compounds. However, this increase in removal was not very significant.

While physiochemical and chemical treatments have improved the removal rates of anticancer drugs, the production of toxic transformation products is considered a major limitation of these procedures. For example, after UV treatment, the toxicity of capecitabine can increase. The same effect was observed for cyclophosphamide and ifosfamide after photocatalytic treatment (UV/TiO2) and ozonation. Moreover, the combination of ozonation and UV treatment of tamoxifen has increased the toxicity of the sample by generating more toxic compounds than the parent compound itself.

“although many treatments have reported high removal rates for the anticancer drugs tested, complete elimination or degradation has not yet been achieved”

In summary, with the continuous improvement in the sensitivity of the current analytical techniques, anticancer drugs have been detected in several countries and different water resources at very low concentration levels (ng/L). This has highlighted the apparent inefficiency of conventional water treatments to eliminate these trace concentrations completely. Although many treatments have reported high removal rates for the anticancer drugs tested, complete elimination or degradation has not yet been achieved. This calls for the development of cost-effective water treatments that can be easily implemented in wastewater treatment plants.

Until new advances in water treatments are available, the question remains unanswered as to whether these trace concentrations of anticancer drugs in the aquatic environment could impact life in rivers and lakes in the short and long term.

“Our research team at Kingston University has been investigating hospital wastewater as a major source of micro/nanopollutants and toxic chemicals. In developing countries, most hospitals do not have sophisticated wastewater treatment plants and the generated wastewater often goes into primitive septic tanks that end up draining into the soil and percolate to the aquatic bodies or the sea, causing serious environmental hazards. Wastewater from hospitals can contain traces of anything from viruses and multi-resistant bacteria to medical contrast agents and chemicals for cancer treatment. Small amounts of hormone-disrupting substances and other medicinal residues are also part of the mix that passes from patients through hospital toilets and into public sewer systems. Our research has been focussed
in analysing these discharges and developing technologies for their removal”.

What’s in the Water?