With the recent introduction of London’s ultra-low emission zone (ULEZ), a record amount of money is now being invested in initiatives to tackle one of the greatest public health threats – the UK’s poor air quality. Here, Jamie Clayton, Principal Air Quality Consultant at Bureau Veritas, explains why ‘patience must prevail’ in the long journey ahead for a clean-air Britain.

The media profile of the air we breathe has never been greater. According to recent figures from the Royal College of Physicians, poor air quality accounts for around 40,000 premature deaths in the UK each year1. The figure is much higher proportionately compared to many other European countries including Germany, France, Spain, Italy, Denmark, Sweden and Switzerland and costs the UK £20bn annually2,3.

It seems that a week doesn’t go by without yet another study highlighting the lethal effects of air pollution, much of which is attributed to nitrogen dioxide (NO2) – emitted from road traffic – as well as other particulate matter such as PM2.5 and PM10. Research shows that prolonged exposure to such pollutants causes long- lasting damage to the lungs and increases the risk of asthma attacks, with urban cities unsurprisingly having the worst level of air pollution4.

Everyone is in agreement that the management of air pollutant emissions in the UK represents a significant challenge at local, regional and national levels. As a result, recent years have seen mounting pressure on government to address the UK’s pollution plight and dramatically reduce levels of NO2 and other hazardous particulate matter. 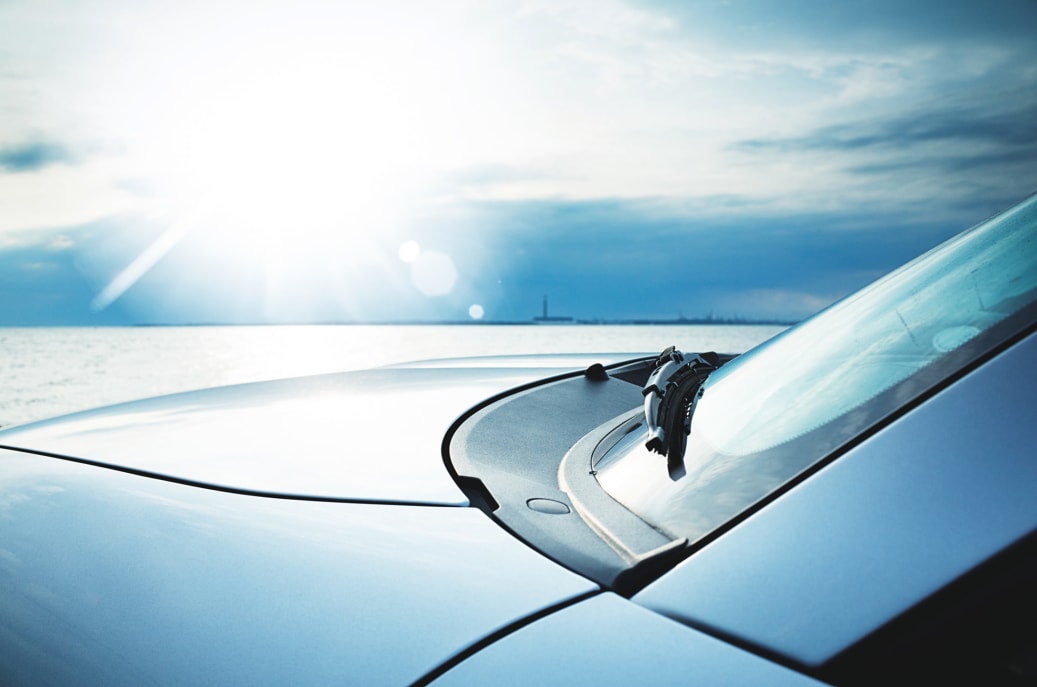 In 2017, the Department for Environment, Food and Rural Affairs (Defra) alongside the Department for Transport (DfT) unveiled its UK Plan for tackling roadside nitrogen dioxide concentrations (The NO2 Plan). Setting out a number of comprehensive measures aimed at tackling road traffic emissions, which currently accounts for the bulk of Britain’s air pollution, the policy includes the introduction of Clean Air Zones (CAZ). This initially focused on several major cities including Birmingham, Leeds, Southampton, Nottingham and Derby, but has been expanded to include studies in a number of other areas.

This is in addition to London, which recently went live with its ULEZ, where drivers of the most polluting vehicles now have to pay to drive into central London. It is estimated the move could affect 100,000 cars a day, plus 35,000 vans and 3,000 lorries5 and is designed to cut pollution and encourage people to drive less polluting vehicles.

At Bureau Veritas, we’ve been instrumental in assisting the strategic analysis team at a key transport provider over the past few years in preparation for the ULEZ implementation and believe it will impel the very urgent action required to improve the Capital’s air quality.

Indeed, recent research by George Washington University in the US, has already shown initiatives to alleviate traffic-related air pollution such as London’s ULEZ can and do lead to improvements in children’s health as well as reducing greenhouse gas emissions6.

As such, Birmingham will implement a similar CAZ in January 2020, which will affect diesel cars manufactured before 2015 and petrol cars made before 2006, as the city’s council pledges £15m to help black cab and private hire drivers, including bursaries for new electric vehicles or retrofit solutions7.

Given the depth and complexity of the UK’s air pollution problem and the negative headlines surrounding it, the good news is a record amount of money is also being invested in a number of other initiatives to support the management of air pollutant emissions. 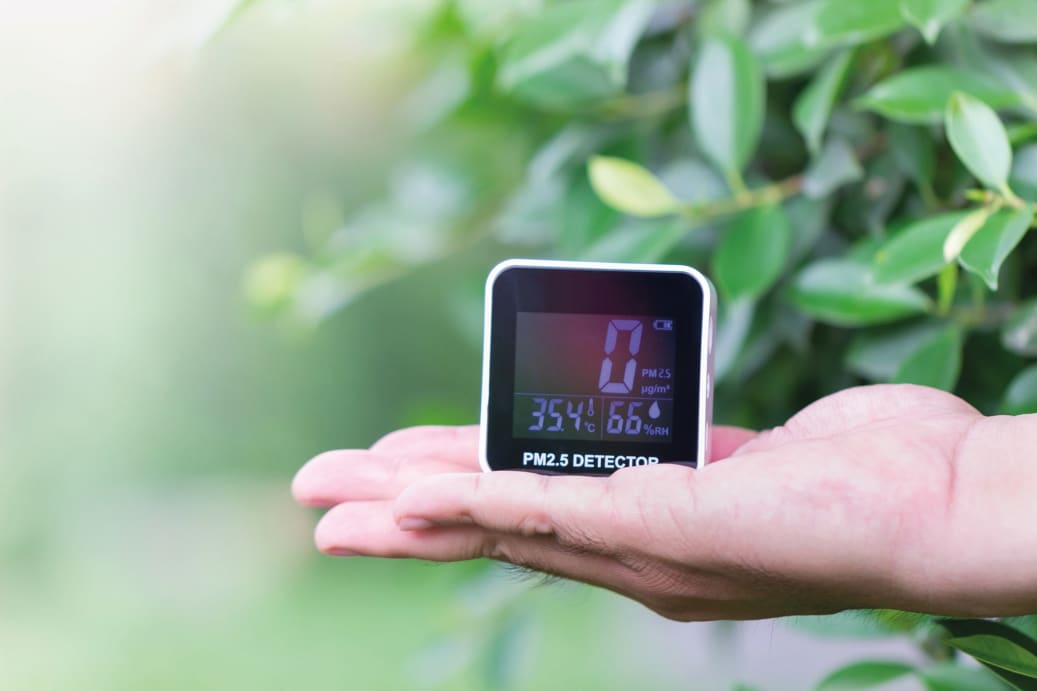 Real changes are also happening on the ground. For instance, our air quality team is currently working with a large number of public and private sector organisations to undertake feasibility studies, bring forward air quality compliance and assess the potential benefits of air quality improvement measures prior to implementation. Where initiatives have been implemented effectively, significant air quality improvements can and are observed, on occasion in quite short timescales.

Last year, the government announced £100m funding for research into low emission vehicles, along with a £840m pot assigned to ten city regions for improving public transport. At a more local level, the Mayor of London’s Air Quality Fund has made an additional £6m available for managing emissions in the city’s pollution hotspots. Westminster has even committed up to £2m to support the uptake of e-cargo bikes. 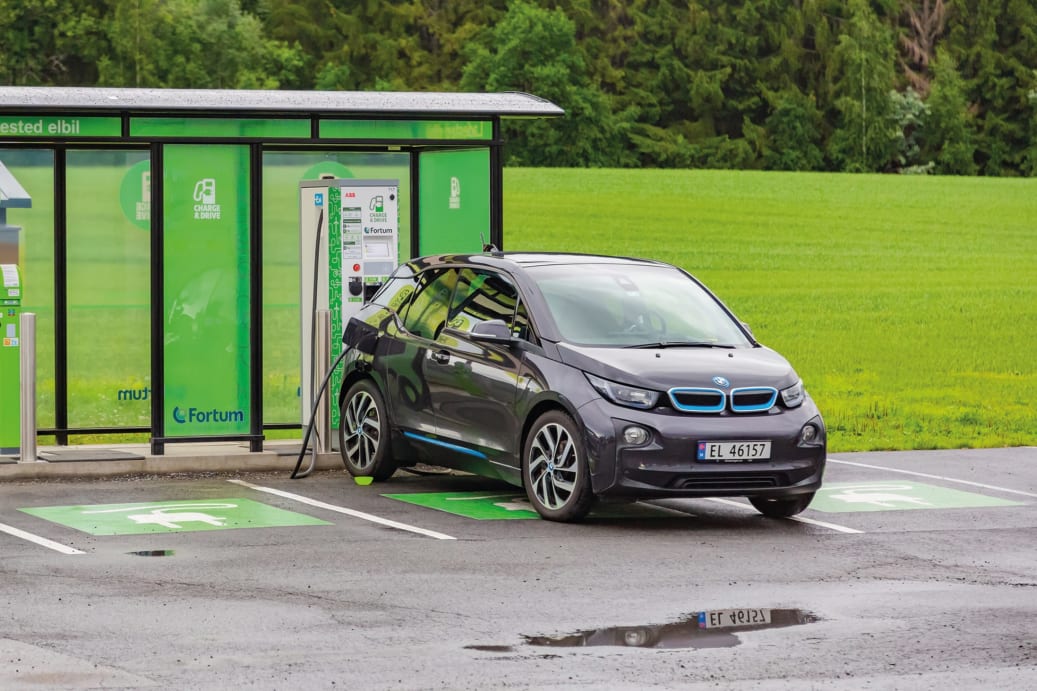 Another flagship measure is the move to ban new diesel and petrol cars and vans in the UK from 2040, which has been met with criticism due to its lengthy timescale when countries such as Norway and India have committed to enact a similar ban by 2025 and 2030 respectively.

While the move away from diesel and petrol vehicles needs to happen sooner rather than later, drawing on our vast expertise in air quality safety, we recognise that the transition to improved air quality cannot happen overnight and will be a long and lengthy process.

To achieve this requires a massive cultural shift in consumer behaviour – not just government policy. At present, vehicle ownership is still largely driven by socio-economic factors related to household incomes and reflects our status in society. Unless scrappage schemes remove older, more polluting vehicles, their continued use remains an attractive proposition for low income households.

On top of this, with the choice of vehicle also determined by performance and access to charging points, there also needs to be adequate infrastructure in place first to support alternatively-fuelled options; be it electric, liquid nitrogen or emerging hydrogen models.

We are starting to see a step change in the adoption of low-polluting vehicles, with the latest figures show one in every 12 new cars purchased each month in the UK is now an electric vehicle (EV) – up 50% on the 4,000 alternative vehicles sold in 20178. To accommodate the almost one million low-polluting vehicles expected to hit the roads by next year, it’s estimated the UK will need at least 100,000 EV charging points – a significant increase on the 16,500 currently available9. The adoption of low-polluting vehicles is not limited to private vehicle ownership; TfL recently ordered 20 fuel cell double- decker buses. The hydrogen powered buses and associated refilling infrastructure will be operational in the Capital from next year.

This, of course, is just one area of concern; local public transport networks and pricing remain inefficient and unless an overall authority has control and management of transport modes similar to the TfL model, passengers will continue to find it difficult to move around using multiple payments across buses, trains and trams.

Another area gaining traction is how to reduce exposure to toxins in the home. Published last month by Defra, the Clean Air Strategy 2019 is the UK’s flagship strategy for addressing poor air quality.

Wood burning stoves, open fires and farms all face new restrictions to combat the particulate and sulphur dioxide emissions from burning wood and coal. To deal with domestic burning in particular, the government will ban the sale of the most polluting fuels and ensure that only the cleanest stoves are available for sale by 2022.

“the government has committed to slashing PM2.5 concentrations (15μg/m3 in central London) to meet the World Health Organization’s recommended limit of 10μg/m3”

As such, there are now increasingly calls for businesses to ensure better labelling of products containing NMVOCs as well as a greater push to raise public awareness around the need to increase ventilation when using such products in order to prevent the harmful build-up of emissions.

Although tougher action may be required to improve air quality, it’s worth noting that the UK has recently taken a significant step forward in tackling pollution under new plans to cut ammonia gas and harmful particulates from the farming sector.

For the first time, the Clean Air Strategy also includes a greater focus on reducing particulate matter such as PM2.5 and lays out ambitious plans to reduce ammonia emissions from farming, which makes up a high proportion of PM2.5 concentrations in the UK. Overall, the government has committed to slashing PM2.5 concentrations (15μg/m3 in central London) to meet the World Health Organization’s recommended limit of 10μg/m3 (the current EU guideline is 25μg/m3).

Reducing PM2.5 concentrations to WHO guideline levels certainly requires a new way of thinking about air quality improvement measures, and the strategy has hinted at potential new legislation to target particulate emissions from tyres and brakes from road transport, which would previously have been seen as not worth considering compared to tailpipe emissions.

To achieve this, it will mean halving the number of people living in locations with high PM2.5 concentrations by 2025. Currently, the farming sector accounts for 88% of the ammonia emissions in the UK, often released during the storage and spreading of manures and slurries, and from the application of inorganic fertilisers.

Historically, most air quality improvement measures have not focused on agriculture or indeed rural areas. The move to cut PM2.5 concentrations, of which ammonia emissions are a significant contributor, will require policymakers to work closely with the farming community to limit damaging levels of PM2.5 through the effective reduction of ammonia emissions in agricultural processes.

A long journey ahead

While the choice for better air quality is an obvious one, the plan of delivery is inherently complex and multi-faceted, affecting almost every industry and aspect of our daily lives. We are certainly seeing tangible progress in this area, with many of the UK’s initiatives welcomed by the WHO as ‘an example for the rest of the world to follow’.

However, we must also acknowledge there’s a long road ahead. Core to this will be forcing businesses to innovate and adapt. Additionally, however, impelling changes in consumer behaviour is a central tenet of the Clean Air Strategy, promoting personal responsibility for ‘doing our bit’ will also go a long way in ensuring the air we breathe is clean and safe for generations to come.