This report presents an overview of past greenhouse gas (GHG) emission trends and underpinning drivers in the European Union (EU) between 1990 – the base year for reporting GHG emission inventories under the United Nations Framework Convention on Climate Change (UNFCCC) – and 2018, the latest year reported. It also provides a short summary of the results for 2018 compared with those for 2017. The analysis is mostly based on data reported by the 27 EU Member States (EU-27), Iceland and the United Kingdom as part of the preparation of the European Union’s GHG inventory under the UNFCCC and its Kyoto Protocol (KP).

The analysis in this report does not yet take into account the effects of the COVID-19 pandemic on GHG emissions, which will be substantial. Preliminary estimates of total GHG emissions in the EU in 2020, based on official reporting by Member States, will only be available in the autumn of 2021, as part of the approximated GHG inventories for 2020. The national GHG inventories under the UNFCCC covering the time series 1990-2020 will be available on 15 April 2022.

Decrease in GHG emissions
Greenhouse gas emissions continue to decrease in absolute terms, per capita and per Euro generated in the economy. The EU reduced its GHG emissions again in 2018, to reach the lowest level since 1990. Total GHG emissions decreased by 23.2 % and stood at 4 392 million tonnes of carbon dioxide equivalent (MtCO2e) for the EU-27 plus the United Kingdom in 2018. The figure for the EU without the UK would be 20.7% over the 28-year period. The EU accounted for less than 8% of global GHG emissions in 2018, compared with 15 % in 1990. The average EU citizen emitted 8.9 tonnes of CO2e (tCO2e), down from 12.2 tCO2e in 1990, and the total GHG intensity of the EU economy more than halved during the period. The EU emitted 277 grams of CO2 (gCO2e) for each Euro generated in the economy in 2018, compared with 582 gCO2 per Euro in 1990.

Tracking three decades of emissions
Most sectors reduced emissions in the past three decades, with the notable exception of transportation where demand outpaces climate-policy benefits.

GHG emissions decreased in the majority of sectors between 1990 and 2018, and particularly in energy supply, industry and the residential sector. When allocating emissions from the energy supply sector to final end users, sectoral emission trends confirm that the largest energy-related emission reductions took place in industry and the residential sector. Emissions from agriculture and waste management have also contributed to the positive trend since 1990. Emissions from road transportation increased, both for passenger and freight transport, in spite of climate policies and the deployment of less carbon intensive and more efficient vehicles on the market.

Elsewhere, increasing demand has outpaced climate benefits. Hydrofluorocarbon (HFC) emissions from refrigeration and air conditioning also increased overall during the 28-year period but have decreased for the fourth consecutive year since 2014 because of the phase down of F-gases demanded by EU legislation. Of the net EU reduction in total GHG emissions between 2005 and 2018, two thirds was accounted for by the EU emissions trading system. The final third was covered by sectors not covered under the ETS, which fall under the Effort sharing legislation, where national targets apply. Electricity and heat production under the ETS and road transportation under the Effort sharing legislation remain the largest sources of GHG emissions in the EU.

Faster emission reductions needed
Many factors and policies have contributed to lower greenhouse emissions, but much faster emission reductions will be needed to achieve climate neutrality by 2050. The reduction in GHG emissions since 1990 can be attributed to a combination of economic factors and the implementation of policies and measures. These include improvements in the carbon intensity of energy production and consumption resulting from the strong uptake of renewables and the switch to less carbon intensive fossil fuels, as well as improvements in the gross energy intensity of the economy, triggered by better energy efficiency, both in transformation and end-use. Despite these positive trends, fossil fuels are still the largest source of energy and emissions in the EU. Decarbonising the EU economy will require substantial additional GHG emission reductions in the next 30 years if the EU is to become a climate neutral economy by 2050. The effort required to achieve net-zero emissions by 2050 could imply a tripling of the mitigation efforts achieved to date, in a sustained manner, over the next 30 years.

Integrated policies and sustainable green investments
Integrated policies and sustainable green investments are key for reaching long-term climate objectives. Meeting the climate change challenge does not necessarily mean a trade-off with other environmental and socio-economic policies. The EU has been able to reduce GHG emissions, improve energy efficiency and achieve higher shares of renewable energies while increasing economic growth and employment. The objectives of the European Green Deal and the just transition to a green economy, based on solidarity and fairness, represent an opportunity for stronger integrated policies and long-term green investments. These will enable the EU and its Member States to achieve their long-term climate and sustainable development objectives.

The 2015 Paris Agreement sets out a global action plan to keep global temperature rise to well below 2°C above pre-industrial levels and to drive efforts to limit the increase to 1.5°C. It is the first multilateral agreement on climate change, covering almost all global emissions.

Based on data from the Joint Research Centre’s (JRC) EDGAR database, the EU’s total GHG emissions peaked in 1979, decreased until 1983 and increased again until 1989. The EU then followed a path of lower emissions in the early 1990s, in the aftermath of German re-unification and the restructuring of industry in eastern Europe. There have been several factors contributing to lower GHG emissions in the past three decades, including the strong uptake of renewable energy sources, the switch from coal to gas for heat and power generation, and improvements in energy efficiency. Structural changes in EU economies – leading to a less energy-intensive services sector – as well as the effects of economic recession have also contributed to lower GHG emissions in the EU. Finally, the effects of policies and measures helped to reduce emissions and provide the basis for further emission reductions in the future. Some of these factors will be analysed in more detail in the following sections.

Based on data from the JRC’s EDGAR database and the EEA’s own calculations, the EU-27 plus the United Kingdom accounted for less than 8 % of global GHG emissions, down from 15% in 1990. These numbers also include international aviation and international navigation. The average citizen emitted 8.9 tCO2e in 2018, against 12.2 tonnes of CO2e in 1990. GHG emissions per capita vary widely between European countries, partly reflecting differences in the fuel mix for the conversion of primary fuels to heat and electricity. In addition, the total GHG intensity of the economy halved in real terms between 1990 and 2018, reaching an average of 277 gCO2e per Euro.

The EU is the sum of its Member States, most of which have reduced their emissions since 1990. Almost 50% of the EU net decrease in emissions was accounted for by Germany and the United Kingdom (Table 2). The overall net GHG emission reductions by most Member States were partly offset by increased GHG emissions in a few of them. Table 2 also shows that, in spite of emissions increasing in some countries, all have improvements in the carbon intensity of energy production and consumption, as well as in the energy intensity of their economies in common during the period 1990-2018.

Over the past 28 years, the EU has reduced its GHG emissions due to a combination of factors. As explained in Chapter 4, these factors include, inter alia: the effects of EU and national policies and measures, the strong increase in the use of renewables, a switch from coal to gas for power generation, improvements in energy efficiency and structural changes in the EU economies. These, combined, have led to improvements in the carbon intensity of energy production and consumption and a lower energy intensity of the economy. Although to different degrees, all EU Member States have shown improvements in these two variables during the 28-year period. In particular, the rapid increase in renewable energy throughout Europe has helped reduce emissions by replacing fossil fuels to meet energy demand. Section 2 also showed that the EU has achieved substantial improvements since 1990, and that these include not only lower GHG emissions, but also lower GHG emissions per capita and lower GHG emissions of the EU economy as a whole.

In spite of the good progress in reducing GHG emissions and decarbonising the EU economy, substantial GHG emission reductions will be needed for the EU to become a climate neutral economy by 2050.

The objective of achieving net zero greenhouse gas emissions by mid-century is part of the European Green Deal and was endorsed by the European Council in December 2019. The Green Deal also includes the proposal for the first European Climate Law that would make climate neutrality by 2050 legally binding. The 2050 climate neutrality objective is also part of the EU’s long-term strategy to the UNFCCC as part of article 4, paragraph 19 of the Paris Agreement, submitted in March 2020.

For instance, the effort to achieve net-zero emissions by 2050, with the information we have so far and not assuming potential emission offsets from emission removals, could imply an almost tripling of the mitigation efforts achieved to date in a sustained manner during the next 30 years. Long-term green investments can be instrumental for sustainable growth and the achievement of climate goals.

Improved energy efficiency and carbon intensity, with an increasing role for renewables in the energy mix, will help reduce the CO2 footprint of the energy sector. But all sectors of the economy, including industrial processes and product use, agriculture, forestry and land use as well as waste management, would have to contribute to the objective of climate neutrality by 2050.

This article is an excerpt of the European Environment Agency’s report ‘Trends and drivers of EU greenhouse gas emissions’. The full report is available at  www.eea.europa.eu/publications/trends-and-drivers-of-eu-ghg 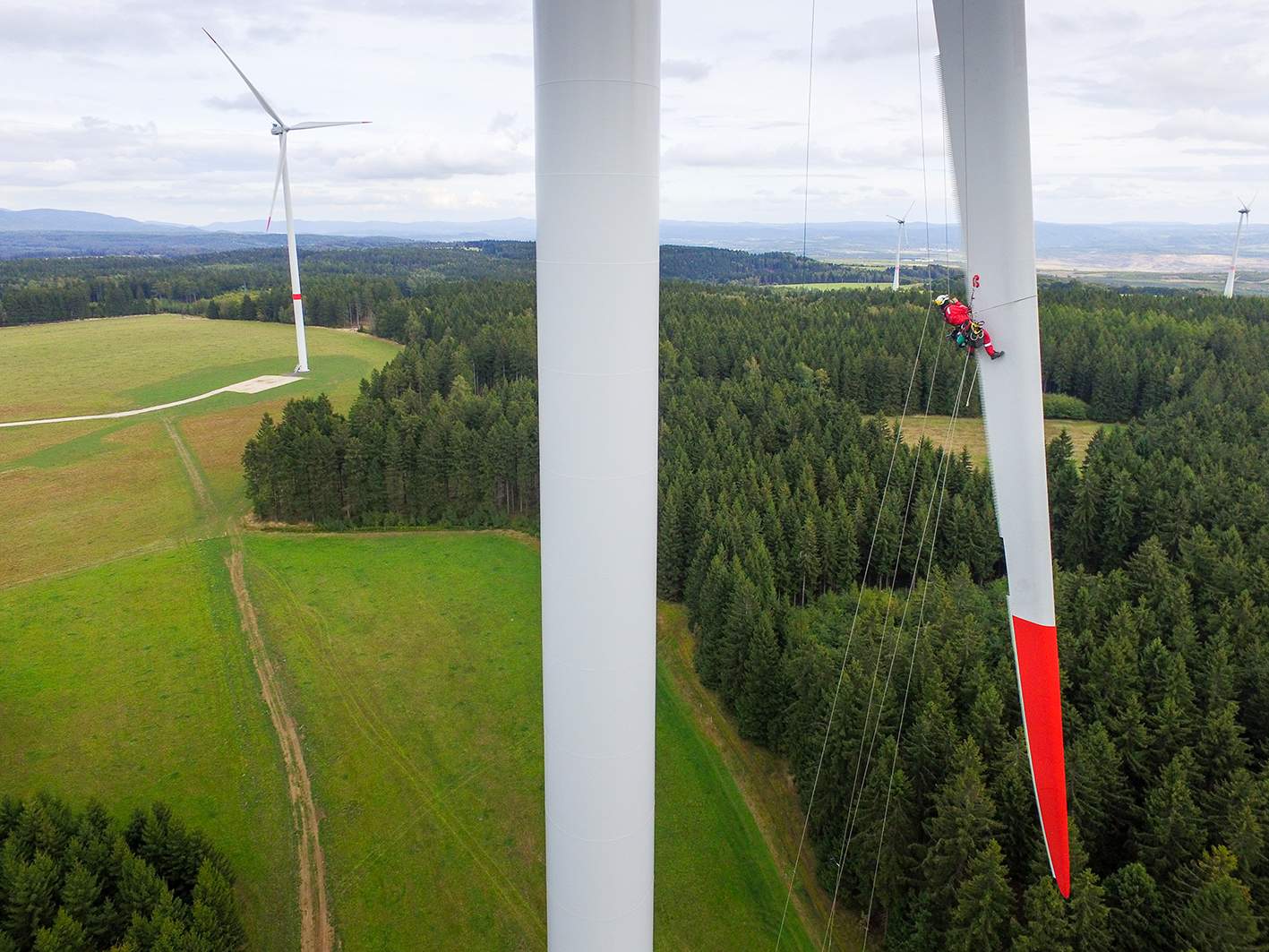