Back to Articles
Top News

The Unseen Threat of VOCs

How photoionisation detection is used for worker protection, fenceline monitoring and environmental remediation. Organic compounds are chemicals that contain carbon and are found in all living things. Volatile organic compounds, often referred to as VOCs, are organic compounds that easily become vapours or gases.

They are therefore referred to as being pervasive. Along with carbon, they contain elements such as hydrogen, oxygen, fluorine, chlorine, bromine, sulfur or nitrogen.

Some VOCs are quite harmful, including benzene, several hundred forms of polycyclic aromatic hydrocarbons (PAHs) and 1,3 butadiene. Other common examples of potentially harmful volatile organic compounds are gasoline, formaldehyde, and solvents such as toluene, xylene, and the main chemical used in dry cleaning, perchloroethylene.

Problem number one: Health effects can be pernicious

Problem number two: The chemical infrastructure where VOCs are present is not secure

While improvised chemical agents may be less toxic than military agents, many are perceived by the public to be highly dangerous. The fact is that they do have rapid, highly visible impacts on health. They are accessible and unprotected. They can be dispersed by smoke, gas clouds, or food and medicine distribution networks. They are also found in a wide variety of manufacturing settings:

The chemicals involved include a wide variety of toxic agents:

People at the highest risk of long-term exposure to volatile organic compounds are industrial workers who have prolonged exposure to the compounds in the workplace, cigarette smokers, and people who have prolonged exposure to emissions from heavy motor vehicle traffic. There is a growing awareness that the first responders and employees working for a variety of environmental remediation and assessment organisations are at risk of exposure and negative health effects

As a matter of course, first responders, environmental remediation and assessment personnel and industrial maintenance workers face a variety of dangerous environments on a routine basis, and one of the most common of these is confined spaces. Hazardous atmospheres encountered in confined spaces can be divided into four distinct categories: flammable, toxic, irritant and/or corrosive, and asphyxiating. Each of these requires careful assessment and appropriate monitoring equipment.

Flammable atmospheres most often occur in enriched oxygen atmospheres, vaporisation of flammable liquids, by-products of work, chemical reactions, concentrations of combustible dusts, and the release of chemicals from inner surfaces of the confined space.

Toxic atmospheres cover the entire spectrum of gases, vapours and dusts. One way toxic environments occur is from manufacturing processes. Polyvinyl chloride production, for example, uses hydrogen chloride and vinyl chloride monomer, which is a carcinogen. Sometimes, when stored organic products are removed, hydrogen sulfide can be released. Or an activity such as welding can produce toxic fumes. Irritant or corrosive atmospheres vary widely and are found in most industries such as plastics, petrochemical, paint, mining, and refrigeration.

Asphyxiating atmospheres can occur through consumption (welding, fermentation, chemical reactions) or displacement by other gases (such as helium, argon, carbon dioxide and nitrogen). While these gases are non-toxic and inert, they have nevertheless caused many fatalities.

Monitors that measure only oxygen, lower explosive limits, carbon monoxide and hydrogen sulfide are letting common, devastating toxins slip through the safety net, exposing workers and communities to unnecessary illness and deaths. The first four-gas monitors were designed to ensure that workers got home each night, but with the profusion of toxic chemicals and gases in the workplace, CSE workers are rightly concerned about long-term effects. Detecting volatile organic chemicals at toxic levels, which are well below combustibility levels, requires sensitive photoionisation technologies.

Monitors and sensing networks based on photoionisation detection technology fill the gap left by standard 4-gas monitors. Historically, however, four gas monitors with PID have been available for some time but price and user friendliness has been a barrier for typical CSE budgets and applications. Now, powerful new instruments and modular solutions are entering the market to address this need that look and plug-in just like the electrochemical sensors CSE professionals are accustomed to.

The type of sensor deployments depends on the application need

Powerful handheld sensors and wireless sensing networks are already being deployed at many industrial, public venue and transportation sites, providing a critical safety net. Some monitors are able to detect concentrations of volatile organic compounds (VOC) and toxic chemicals such as chlorine, phosgene and ammonia in the parts-per-million range, and in this way are providing an effective early warning system to workers and first responders.

Broad-spectrum handheld monitors and networked solutions are using photoionisation detection (PID) and other technologies to provide instant detection of hundreds of life- threatening VOCs. For now, these methods are proving an effective deterrent in conjunction with other security measures. In a hazardous situation when every second counts, having the threat information to make quick “go/no go” decisions is more important than the speciation of a specific toxic chemical.

Community members who live next to oil refineries and chemical plants are often told by industry officials that operations are safe and that the air is healthy to breathe. Industry can create a sense of security and be a good corporate citizen by providing facts behind their assurances of safety through fenceline monitoring.

Fenceline monitoring systems can produce more complete data than any hand-held monitoring device: they can detect concentrations of hundreds of individual chemicals in real-time. If an industrial accident does occur, the data generated by fenceline monitoring systems can provide an incident commander or local public security organisation the real-time data needed to issue an appropriate order, whether to evacuate or to shelter in place.

Pervasive sensing is on the rise. Pervasive sensing consists of hundreds or even thousands of wireless sensors, all communicating across secure, self-healing, ad hoc networks. Pervasive sensing provides the eyes, ears and noses that can never be adequately scaled with human measures. The future potential in environmental monitoring lies in the ability to deploy millions of tiny sensors and interconnect them using wireless or Internet technologies for a complete, real-time picture of environmental threats.

Wireless, integrated sensing networks will play an increasing role in keeping people safe, economic assets in production and symbolic targets protected. In addition to their life-saving capabilities, the role of these pervasive early warning systems makes sound economic sense. With pervasive sensing, critical decisions can be made faster, mitigating the loss of life and lessening the economic damage that a terrorist event or industrial accident causes.

The technology of photoionisation to measure VOCs

A photoionisation detector measures VOCs and other toxic gases in low concentration of 0.1 to 2000 ppm. A PID is a very sensitive broad-spectrum monitor, not a low level LEL monitor. The PID uses ultraviolet light to break down chemicals to positive and negative ions that can easily be measured with a detector, which measures the charge of the ionised chemical converts the signal to current, then amplifies and displays on the meter as ppm. After measurement, the ions reform the original gas or vapour. PIDs are non-destructive and do not burn or permanently alter the sample gas, which allows them to be used for sample gathering.

Photoionisation detectors (PIDs) measure low levels (0-2000 ppm) of VOCs and other toxic gases. Many HazMat incidents are VOCs and the sensitivity of PIDs to VOCs make them an invaluable tool for making HazMat decision, including:

Why not an LEL monitor?

Many VOCs are flammable and may be detected by an LEL (lower explosive limit) or combustible gas sensors found in virtually every multigas monitor. However, LEL sensors are not particularly useful in HazMat incidents because they do not have enough sensitivity to allow decisions to be made based on toxicity.

While the goal of any HazMat response team is to contain and prevent spills, hazardous materials often evade containment, contaminating nearby soil and water. Many jurisdictions have defined the concentration at which remediation actions must take place. Some jurisdictions have an action level of 100 ppm TPH (Total Petroleum Hydrocarbons) for further remediation.

The PID is one of the best tools for making a determination for environmental officials and contractors. HazMat responders now have an effective decision making tool that reduces guesswork as to whether contractors should be called for further action. This can allow responders to quickly reopen areas that were at first thought to be contaminated.

A PID monitor or sensing network enables HazMat detectives to identify the presence of gases and vapours and then quantify them, and can provide the most accurate field reading short of a gas chromatograph. With the increasing concern of the effect of even low levels of chemical releases, PIDs offer responders and environmental remediation personnel an excellent solution for identifying and measuring the toxic VOC that make up the majority of HazMat incidents and industrial accidents.

Volatile organic compounds are a fact of modern life, and awareness of their harmful effects is growing. In this light, we are at the beginning of a transformation in environmental monitoring. Wireless, integrated sensing networks will play an increasing role in keeping people safe and economic assets securely in production. In addition to their life-saving capabilities, the role of these pervasive early warning systems makes sound economic sense. Data is the driving force to counter damage done by the release, exposure and spread of volatile organic compounds. With more data, better data and faster data provided by powerful sensing networks, critical decisions can be made faster, mitigating the loss of life and lessening the economic damage caused by an industrial accident or terrorist event. 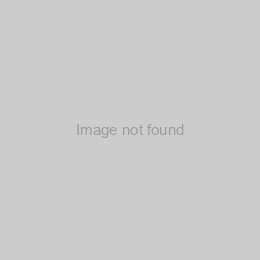 The Unseen Threat of VOCs

An Article by Bob Durstenfeld

Enter your information to receive news updates via email newsletters.