Accurate and reliable temperature and humidity measurements are critical to industry, meteorology and research. Businesses and organisations need to have complete confidence in the performance of their measurements over a wide range of temperatures and in the harshest conditions.

Thermocouples are the most widely used temperature sensor in industry. They are vital for monitoring high temperature processes, such as aerospace heat treatment, quartz manufacturing and many others. They consist of two metal wires joined at one end and a temperature difference between the hot end and the cold end gives rise to a voltage. This is known as the Seebeck effect, and it can be used to determine the temperature.

“manufacturers need to be able to check the wires are sufficiently ‘homogeneous’, i.e. free of variations in the Seebeck coefficient”

To be sure that thermocouples are measuring correctly, manufacturers – as well as National Metrology Institutes and calibration labs that perform thermocouple calibrations – need to be able to check the wires are sufficiently ‘homogeneous’, i.e. free of variations in the Seebeck coefficient.

To identify these variations over the length of a thermocouple, many approaches have been developed by National Metrology Institutes, using furnaces, oil baths or salt baths. However, many of these systems are not without their drawbacks. They are:

These problems are caused by poor thermal coupling between the scanning medium and the thermocouple under test. Additionally, these are expensive calibrations for the end user, and they sometimes operate at very high temperatures (over 600°C) which can further degrade thermocouples during the test.

To provide a more practical solution, commercially available homogeneity scanners are available that operate at a more wire-friendly temperature of 100°C. The design was first developed by the Measurement Standards Laboratory of New Zealand (MSL).

The system uses water vapour to transfer heat directly to the thermocouple, making use of the latent heat of vaporisation that occurs when there is a change of state between liquid and vapour. This facilitates a very sharp temperature gradient along the thermocouple, which translates into very high resolution thermoelectric inhomogeneity measurements. The scanner uses two separate heat-pipes, a water heat-pipe at 100°C (boiling point of water), and a second, smaller acetone heat-pipe at 20°C (ambient air temperature). The thermocouple is passed from the acetone heat-pipe into the water heat-pipe, where they are directly exposed to the steam, thus ensuring a high rate of heat transfer.

The ability to pass the thermocouple between two highly uniform temperature zones makes high-accuracy high-resolution scanning possible. The ‘low’ temperature (100 °C) of the hot zone ensures the thermocouple under test is not likely to be altered (metallurgically or chemically) during the scanning process. This is a big advantage over conventional homogeneity scanners operating above 200°C, which will affect the wire composition of most thermocouple types, often invalidating the homogeneity scan.

The company behind the development of this scanner needed independent verification that its product worked as claimed, in order to confidently take it to market. NPL’s M4R programme made it possible to carry out this important work, which otherwise would have been put on hold due to logistical challenges around COVID-19.

NPL scientists compared the newly developed scanner with their own pre-existing homogeneity scanning equipment. Both scanners were used to measure the same two thermocouples that had well-characterised pre-existing damage, and the results were compared.

The data showed that both scanners were effective and consistent in their characterisation of the damage, and that scanning at 100°C was sufficient to detect inhomogeneities.

The investigations provided an independent demonstration of result consistencies, which in turn provided confidence in the product. To this end, data from NPL can be used as an impartial verification that it is fit for purpose.

This low temperature thermocouple calibration device does not otherwise exist commercially. The product is still new, but it is anticipated that the initial market will be National Metrology Institutes, with the study data giving them confidence that they can rely on this device, rather than developing their own.

Alongside supporting companies to deliver innovation, uncover efficiencies and bring confidence to decision making to drive growth for UK industry, the NPL Temperature and Humidity team has leading expertise and continues to research and develop novel techniques in:

These offer solutions to many real-world temperature and humidity measurement problems, including those in challenging or harsh environments, with the potential to address major global issues, such as mitigating the long-term impact of diabetes to improve patients’ quality of life, or providing measurements to validate more accurate climate models to enable better policy making. Almost every technological process relies in some way on the measurement and control of temperature, and the ability to make better measurements directly translates into improved efficiency and hence greenhouse gas emissions, improved product yield and reduced wastage, and the ability to delocalise processes across the globe without loss of quality.

Declan Tucker is part of the Temperature & Humidity group at NPL. He is currently working in contact thermometry, specialising in the design and characterisation of novel thermocouples, as well as involved in temperature measurement consultancy work for UK industry. He also has experience of installing and commissioning high temperature fixed points and thermocouple calibration facilities internationally. 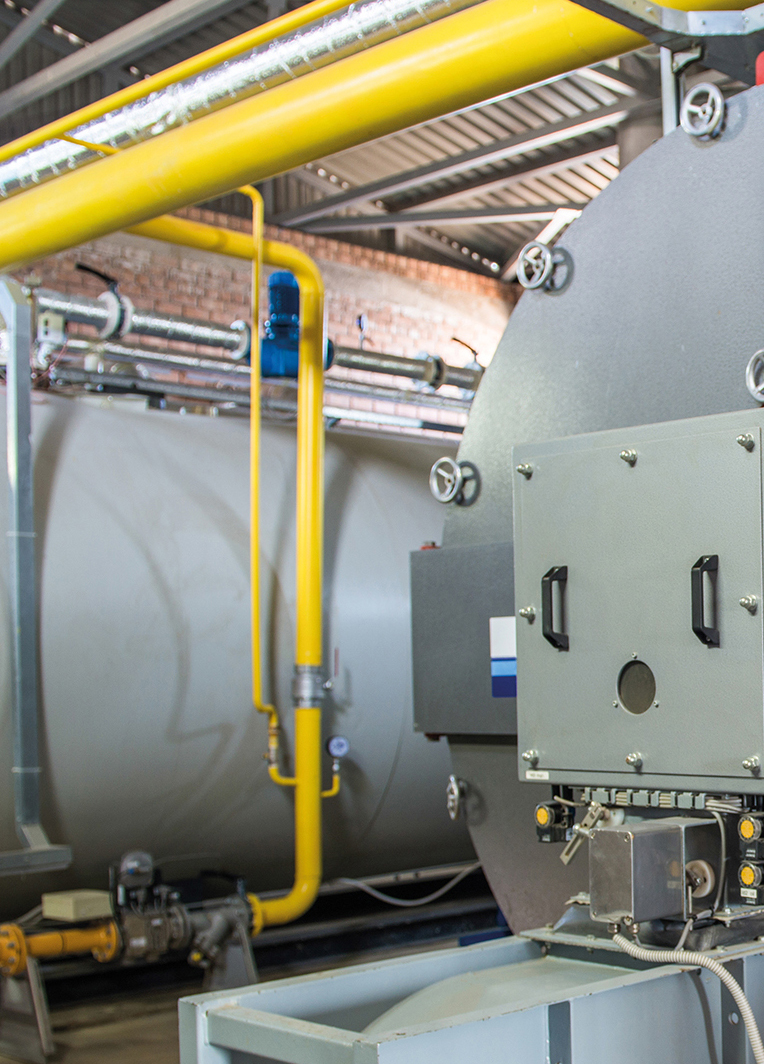