If you think it’s just your hearing being damaged by exposure to excessive noise, think again. Hypertension, decreased cognitive performance and annoyance are just a few negative effects of noise touched on by Dermot Moloney, who addresses our perceptions of noise and the legislation in place to control its excess.

Human hearing is widely regarded as an intricate process on which we depend to a far greater extent than most of us realise. Like many extraordinary resources, we tend only to give it due regard when it diminishes or becomes challenged.

Most of us think of the ear as the fleshy bits at the sides of our head, but this is merely the outer ear (visible portion known as the pinna) and there is a lot more to the hearing mechanism than this. The human ear consists of a highly elaborate sound conducting and transducing mechanism.

Perception and measurement of noise

The ability of humans to perceive pitch is associated with the frequency of the sound wave that impinges upon the ear. Sound waves travelling through air in longitudinal waves produce pressure disturbances in the air at a particular frequency.

Interestingly, dogs can detect frequencies as high as 45 kHz and as well as having a significantly higher frequency range, they will hear at intensity levels far lower than any human can hear. In other words, their threshold of hearing is substantially lower.

Although markedly different to dogs’ hearing, humans are relatively insensitive to low frequency noise and are particularly sensitive to noise within the 1,000 to 4,000 Hz range. This is illustrated by Figure 1, which shows the A-weighting curve, as defined by the International Electrotechnical Commission’s (IEC) International Standard, IEC 61672:2003.

To adequately evaluate human exposure to noise, sound analysers, more often called noise analysers, must account for this difference in sensitivities over the audible range. For this purpose, frequency weighting networks have been developed. These are sometimes termed ‘weighting filters’ and enable the assessor to measure noise over a specified range of frequencies while filtering out all other frequencies.

The internationally standardised A-weighting network is now almost universally used and was originally developed to correlate to the frequency response of the human ear for different sound levels.

At the threshold of hearing, a noise is just ‘loud’ enough to be detected by the human ear. Above that threshold, the degree of loudness is a subjective interpretation of sound pressure level (SPL) or intensity of the sound. Humans react more to sound on a logarithmic scale than on a linear one. A summary of how we perceive changes in SPL is shown in Table 1.

A range of factors, both acoustic and non acoustic, will affect the tolerance and/or reaction of an individual to noise and the overall impact of a noise source. BS 4142 gives priority to the degree by which the noise exceeds the pre-existing noise levels.

Some of the other pertinent factors in assessing or predicting noise impacts include: • The absolute sound pressure level of the noise source and variations over time • Frequency of the noise (spectral components) • Extent of the impulsive elements and special features or characteristics of the noise • Variations in the hearing sensitivity of individuals • Site location and local land use • Nature and character of the locality • Activities underway when noise is audible • Local attitudes to the source or sources of the noise • The likely duration of the noise and the ability and/or willingness to control its impact

The above list is by no means exhaustive and many social, psychological and economic factors will affect the sensitivity of an individual or a situation over time.

Noise is defined as sound that, upon exposure, could potentially cause: • Disturbance, discomfort or psychological stress to a subject • Actual physiological harm to a subject • Physical damage to a structure

Environmental or community noise covers all types of noise that have the potential to affect us in our homes, on our own property and in public areas such as busy roads, urban areas or rural countryside.

The issue of noise exposure arising in the workplace is addressed separately as workplace noise or occupational exposure, but if noise breakout from a factory affects its neighbours, the issue then becomes one of environmental noise.

Many millions of people around the world are significantly affected by environmental noise in their communities. Industrialisation, transportation and urbanisation have, historically, brought environmental noise to the forefront. The sustainability of future growth and development can be challenged due to the negative effects of noise.

In Ireland, prior to the Environmental Protection Agency (EPA) Act in 1992 there were relatively few statutory controls for environmental noise and vibration, although mechanisms did, and still do, exist to pre-empt and regulate noise sources under the Planning and Development Code. This was primarily achieved by prohibiting unsuitable developments in certain instances and areas, and by attaching specific conditions for reducing or preventing noise emissions in planning permissions.

Compared with the UK, the controls that currently operate in Ireland are somewhat piecemeal in their application. As such there has been a widespread, although unofficial, adoption of UK standards and guidance, such as BS 4142 and Planning Policy Guidance 24: Planning and Noise (PPG24). 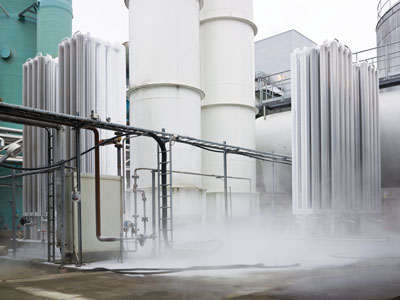 The Nuances of Odour Nuisance 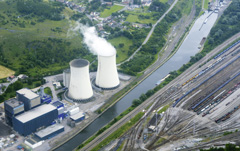