Metals are a prime consideration when building most analytical testing suites looking for soil contamination. Standard metals considered for testing are Arsenic, Cadmium, Chromium, Copper, Mercury, Nickel, Lead, Selenium and Zinc together with Beryllium, Barium and Vanadium. Others may be assessed if identified as a key factor for investigation.

Firstly it is important to consider the elemental composition of the earth’s crust which is broken down to form the soil around us; this is predominately Oxygen, Silicon, Aluminium, Iron, Calcium Sodium, Potassium and Magnesium. These macro mineral elements are present at concentrations in per cent levels. All of the standard metals listed above are found in mineral deposits and are therefore likely to be found in the soils, even if at trace levels. Even without anthropogenic activity, these will move in the environment through processes of volcanic activity, weathering, glacial activity, winds, currents, climate and precipitation. The typical concentration of Arsenic, Cadmium, Chromium, Copper, Mercury, Nickel, Lead, Selenium and Zinc vary in surface soils depending on the underlying geology. A good deal of work has been undertaken by the British Geological Survey mapping the background concentrations of some elements in England which can be viewed at http://mapapps2.bgs.ac.uk/bccs/home.html. This shows some interesting patterns of data as well as highlighting areas of contamination from anthropogenic activity.

Many industrial, agricultural and commercial processes have contributed contamination of metals in the soil environment. Whilst often this is considered a relatively recent problem, many sources date back hundreds of years. Arsenic has been used in many industrial processes over the years, as have Copper and Chromium. Lead enters the environment through human activity in many different ways: emissions (historical leaded petrol use), use of lead water pipes, ammunition, and landfill disposal, to name but a few.

“whilst the contamination of metals in soil is often considered a relatively recent problem, many sources date back hundreds of years”

A range of different acids and combinations can be used to determine “total” metals. The truest total is determined by extraction using hydrofluoric acid (HF); however, the use of this acid presents considerable logistical and health and safety challenges as it is particularly hazardous. This is not commonly found to be in use in most contract laboratories, unless there is a specific requirement to do so (for example for mineralogical testing).

More common digestions, which give a pretty good extraction efficiency and can be used to determine “total” metals, involve the use of Aqua Regia (which is a mixture of hydrochloric and nitric acids) and either hot block or microwave digestion. Efficiency for most metal extractions is in the region of > 97% which is generally considered to be more than adequate in most situations.

In both cases, the soil has the required concentrated acid added and is then reacted under heated conditions for a period of time. This solution is then diluted to the required volume, filtered if required, and then analysed by a chosen technique.

The ICP methods both involve the use of a high energy plasma to volatilise, atomise and ionise the metals in the liquid digest, and then determine their concentration by either an wavelength emission signal or mass spectral response. Both are highly accurate, sensitive and selective.

These are not the only techniques available, however, and the gold standard for determining total elemental concentrations is actually neutron activation analysis, which involves the use of a small nuclear reactor to produce neutrons – this clearly isn’t something that is available to most commercial, or indeed research laboratories.

A good non-invasive technique is XRF (x-ray fluorescence spectroscopy). This technique is non-destructive and can be carried out in the field using portable meters, but this is not without limitations. The test involves targeting an x-ray beam at the sample and measuring the fluorescence generated – these signals directly relate to the metals present, and the intensity of the signal to their concentration. As a consequence of this, the data is only as good as the sample targeted.

Laboratory based XRF is much more accurate. Firstly a sample is milled and homogenised, then pressed in to a pellet. This pellet is representative of the soil sample as a whole as it has been homogenized; when the sample is analysed the data is more accurate in relation to the soil tested. The preparation involved in this test is quite extensive, and as such the test method is not high throughput and is commonly found only in research or mineralogy laboratories rather than contract laboratories testing contaminated soil samples.

Often with metals it is critical to understand the species the metal is present as. Historically, legislation governing the maximum permissible levels of a polluting element in an environmental sample, refers to total concentrations rather than the chemical form of that element. However, this total concentration provides no information concerning the fate of the element in terms of its interaction with sediments, its bioavailability, or its subsequent toxicity. Changes in the chemical speciation may dramatically affect the toxicity of a metal. Over time, the importance of speciation has had greater understanding, and as a consequence has been built into more recent legislation and guidance.

One example is chromium. Chromium in its trivalent form (CrIII) is essential for human life, and has key roles in biological functions such as sugar and lipid metabolism. Hexavalent chromium (CrVI) however is known to be toxic and carcinogenic. It is therefore clear that in terms of risk assessment, these forms of chromium cannot be treated in the same way. CrVI can be analysed colorimetrically by a reaction with diphenylcarbazide solution, the intensity of the resultant purple colour is directly proportional to the concentration of CrVI present.

Another example is mercury. Mercury can be found throughout the environment at trace and ultra-trace levels. It is most commonly encountered in the environment in elemental, inorganic (HgII) and mono-methyl mercury forms. Mercury is toxic, with the primary effects being on the central nervous system (CNS), brain and kidneys. Elemental mercury is volatile and easily absorbed via the inhalation pathway, which mainly affects the CNS. Inorganic mercury exposure is typically via ingestion and is linked to kidney damage, where as mono-methyl mercury has been shown to have the most toxic effects on the brain. For these reasons, not only must the total concentration of mercury be considered and analysed, but some care should be taken in assessing the form of mercury. To this end, the revised soil guideline values for mercury detail elemental, inorganic and methyl mercury. Analytically, the analysis of these forms is challenging, but development of chromatographic separation and ultra sensitive atomic fluorescence detection, means that many laboratories are able to perform this analysis and report not just total mercury, but also the breakdown of the species.

Bioavailability can alter health risk estimates, consequently, its importance in risk assessment cannot be underestimated. Bioavailability is defined as the degree to which a substance is absorbed, and becomes available to the target tissue (without first being metabolised) and is an in vivo measurement. The bioavailable concentration of a metal does not correlate with the total concentration, it is a function of a variety of factors, including species, geochemical fraction and sample matrix.

Bioavailability is not to be confused with bioaccessibility – the degree to which a chemical is released from soil into solution (and thereby becomes available for absorption) when that soil is ingested and undergoes digestion. Bioaccessibility of metals in soil can be measured in vitro (in the laboratory) using methods which have been proven to yield data which correlates to bioavailability.

Bioaccessibility testing is carried out in the laboratory to simulate the effect of the human digestive system on a contaminated soil and determine how much of a toxic contaminant is accessible to the body.

The sample preparation method for bioaccessibility testing is critical. Samples are dried and passed through a 250 µm sieve without being crushed. All bioaccessibility testing methods are based on the physiology of a small child and it is critical that the preparation method replicates the manner in which they may ingest the soil, and therefore the finest fraction which is likely to adhere to their hands is used for testing. A crushed sample may yield false data for a variety of reasons, including the crushing action yielding surfaces for interaction which may not normally be accessible, the dilution of a high metal concentration in the finer fraction with crushed stones, or even vice versa. It is therefore also important that the “total” measurement is undertaken on the same portion of the sample as the bioaccessibility testing.

The general rule of thumb is that the bioaccessible fraction is greater than the bioavailable fraction, but less than the acid extractable and total concentrations of a metal. The bioaccessibility also relates to the fraction of the soil to which the metal is bound. In 2018, the first internationally standard method for bioaccessibility was published and with it agreement of a robust analytical testing method was achieved. ISO 17924:2018 Assessment of human exposure from ingestion of soil and soil material – Procedure for the estimation of the human bioaccessibility/bioavailability of metals in soil is based on the Bioaccessibility Research Group Europe – Unified Bioaccessibility Method (BARGE – UBM). This collaborative venture combines many established method protocols and has been evaluated for both heavy metals and organic contaminants. The method simulates both the stomach digestion and intestinal digestion of soil. This method has been validated using both bioavailability data (in vivo) and also inter-laboratory comparisons within the BARGE community; and there is a reference material available for method verification purposes. 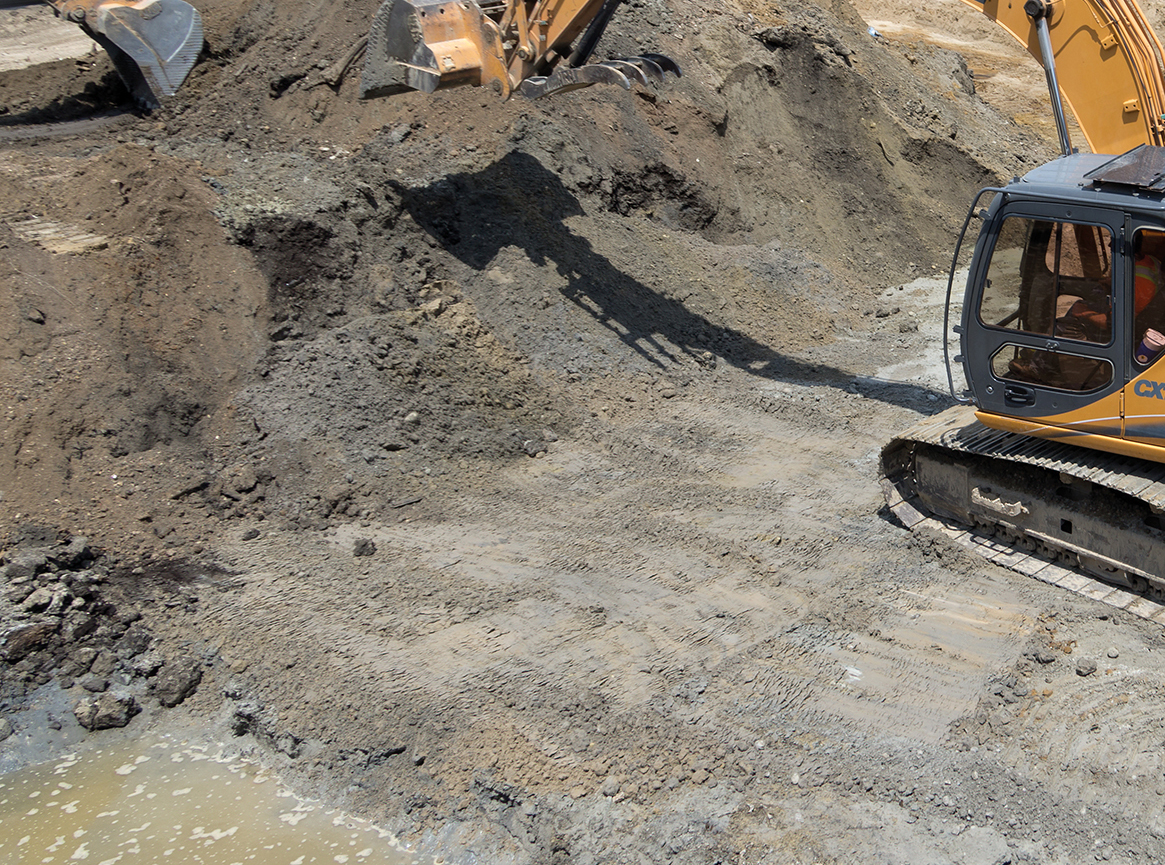 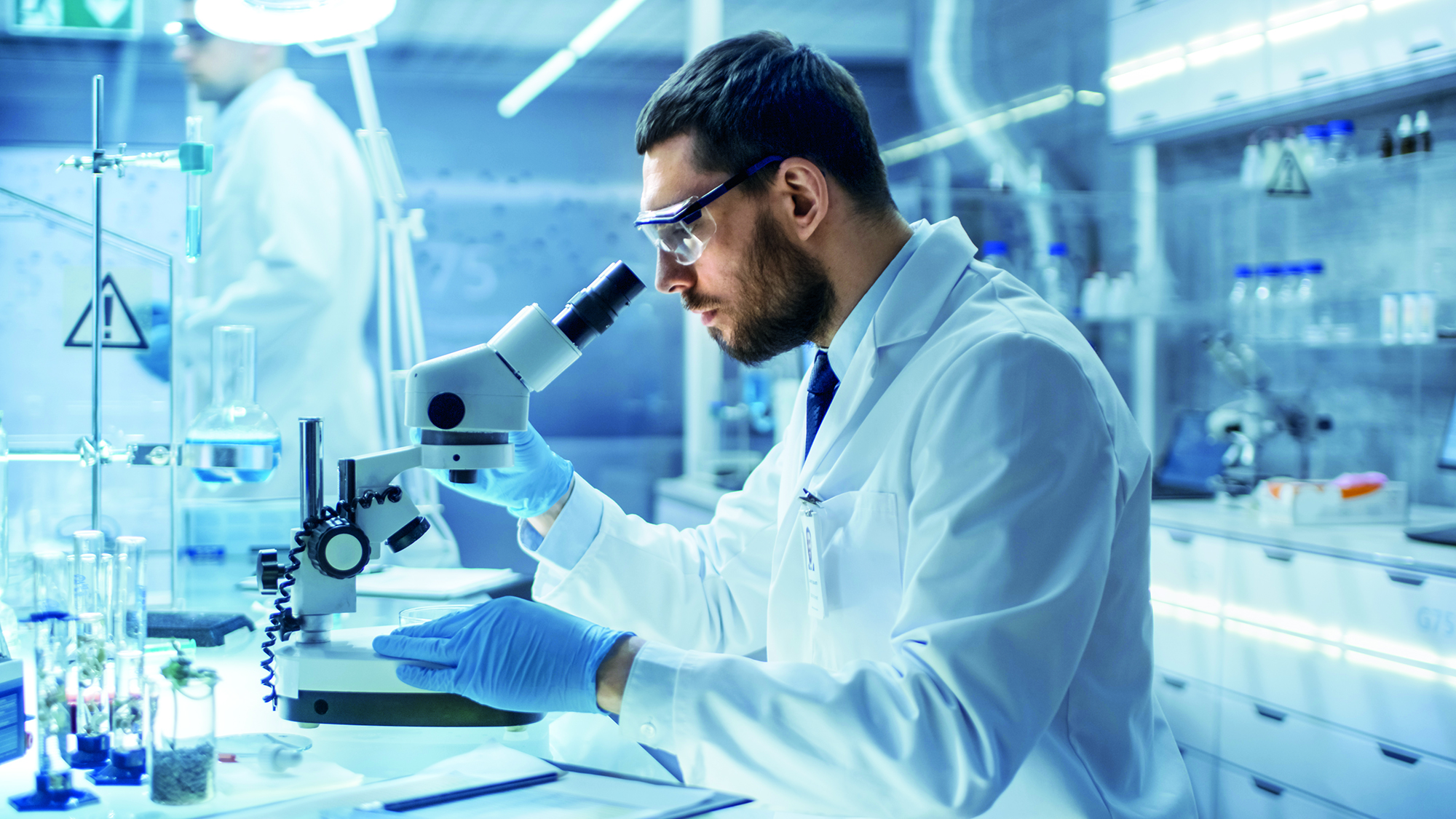 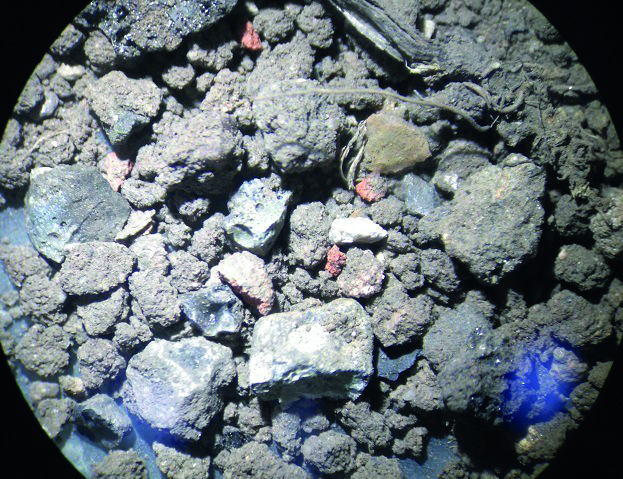 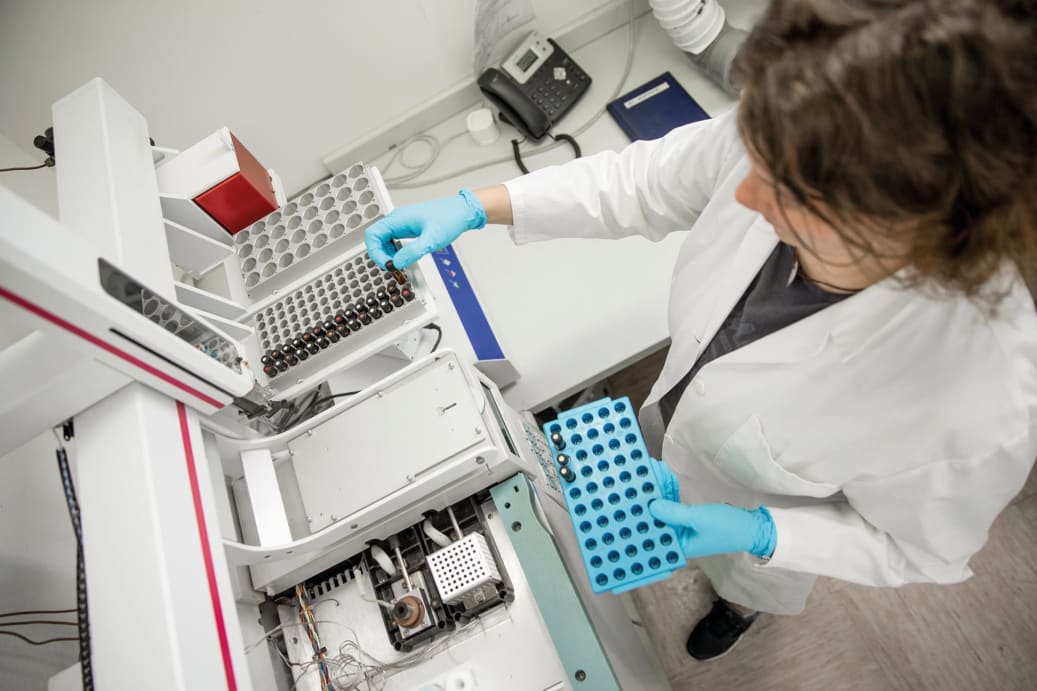 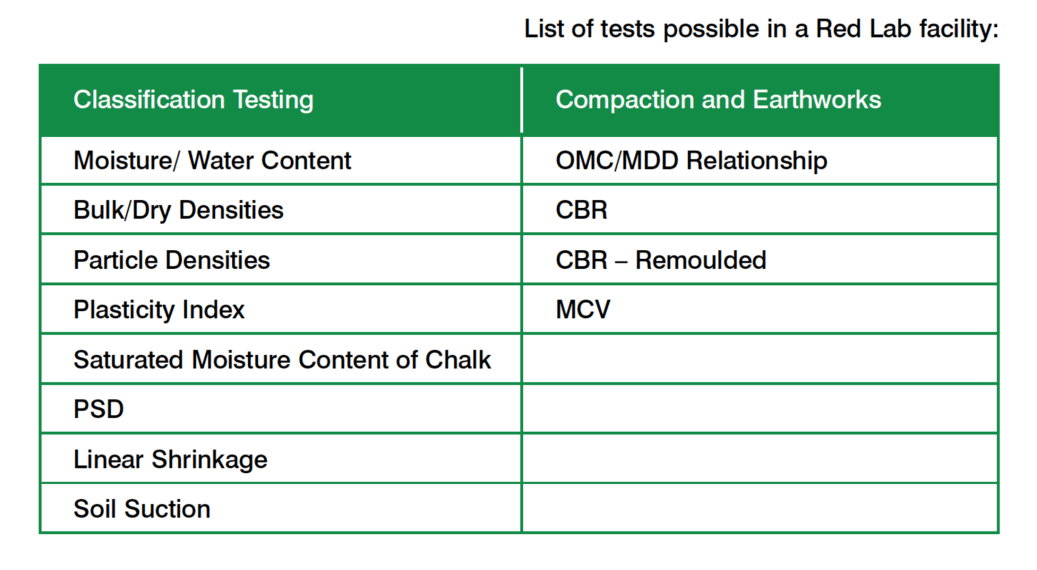 A Decade of Developments

Keep up-to-date through the power of email with Europe's largest audited safety magazine - delivering the latest news and products to satisfy all your occupational safety needs.

With over 40 EHS champions lined up to deliver the most exciting Health and Safety thinking, register your seat today to ensure you don't miss out!
https://ehscongress.com/ 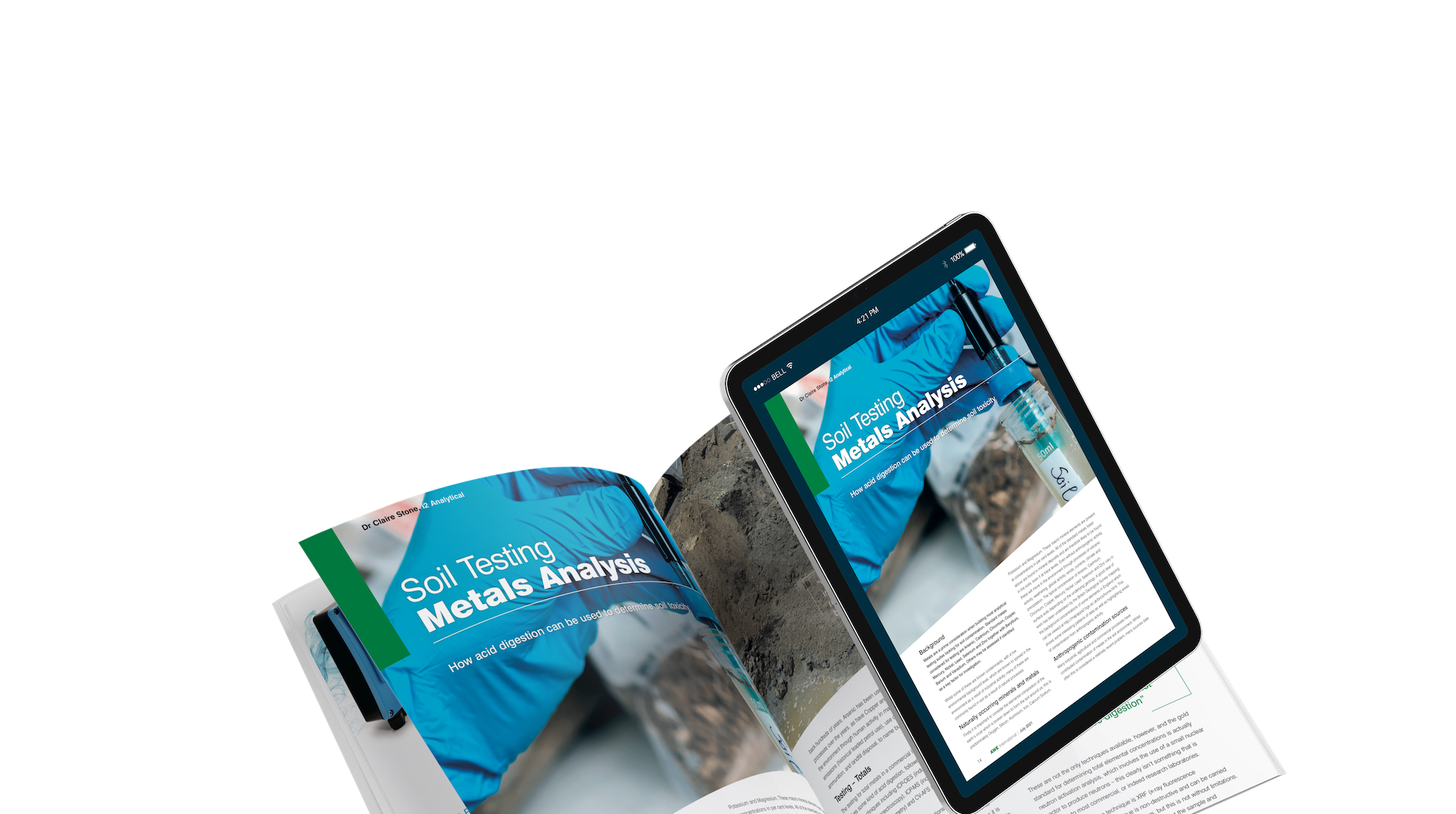