By Chinedu I Obi

Capillary fringes have been mostly studied in soils because water together travels with the nutrients from the atmosphere to the soil system and through the plants back to the atmosphere. Capillarity in soils is as a result of two major causes, underground water is stored naturally below many feats from the soil surface and precipitation and seepage causes soil water to move continuously downward until it joins the aquifer.

Water could stop moving when it meets a densic, lithic, paralithic surface or a hard pan and may continue moving very slowly downwards, in a condition known as endosaturation. From the point where endosaturation occurred, capillary fringes due to greater surface tension than gravitation forces might begin because of evapotranspiration. Usually, the water we notice on soils is as a result of capillarity from an aquifer or soil water on a downward free fall or water as a result of an endosaturation. This could rather be considered as the truth if the soils contain only the mineral grains. Organic matter can cause angles of contact between water and dry soil mineral particles to be greater than zero, and when this happens, the entry of water especially in dry sandy soils becomes affected and this could result in a capillary retention. The water held in the glass tube of a small radius, r, at an equilibrium height H, above the free water surface is an example of capillary retention. In a three-phase system of soil solid, water and air, the water column is held up by a force 2πrTcosθ, where T = surface tension of water, θ = contact angle of water with soil solid (or a glass tube). Because of the air surface tension interface from the atmosphere, the height of rise of water to the soil surface could be expressed as;

Where:
h = height of rise of water, m
T = surface tension in KgS-2
r = radius (if we use a cylinder as an instance for a vertical flow),
m = density of water, Kgm-3
g = acceleration due to gravity, ms-2

Capillary water is defined as water held in the soil at tensions between that of the field capacity and permanent wilting points. At permanent wilting point, the suction or energy of the drag force is -33 KPa while at the field capacity it is less than -10 KPa. During capillarity, soil water is sufficient and available for optimum performance and growth of the crop plants. Soil quality is the fitness of a given soil for a given ecosystem use and the capacity of the soil to function within its ecosystem boundaries in performing the given ecosystem function which may be provision of support for the trees, as a store for the solute and water from where water moves into the plants, as a filter of the underground water or as medium for fitting other anthropogenic needs like soil quality, as related to use of the soil for sanitary facilities management and for various construction purposes (engineering function of the soil).

Description of the study area

The study took place at an elevated area of the FUTO farms of about 175 m above the river- Otamiri. A seasonal fluctuation of precipitation and temperature characterises the microclimate of the area as an area
of shallow aquifer. FUTO is located within latitude 5°.48’ and 6°.74’N and longitude 7°03’ and 6°07’E within a humid tropical climate characterised by rainy season (February/March- November) and dry season (November- February/March). Rainfall of the area is usually between 2500 mm to 2800 mm per annum while the mean annual temperature is 27°C.

Three experimental plots ranging in size of 15 m × 10 m marked out for corn farming were allowed to percolate or drain after minutes of heavy rainfall. Initially, each plot was prepared by land clearing and then different fertiliser treatments viz; 0.15 tons of NPK, 0.08 tons of poultry droppings and no amendment in the last plot. The corn fields were divided into three plots of equal size to allow for replication in the experiment and to account for an error degree of freedom. Soil samples were collected with core samplers during the time when suction was at the capillary water energy level. Three surface samples were collected at 15 cm depths in each of the plots with the aid of a Dutch auger. Surface samples were prepared for laboratory analysis by air drying and sieving with a 2 mm sieve while samples collected in the cores were used immediately for soil moisture determination using the oven drying method. Bulk density, hydraulic conductivity and Coefficient of Linear Extensibility (COLE) were computed using their mathematical relationships with core cylinder and soil moisture. In the laboratory, particle size analysis was performed using the Bouyoucous hydrometer method. Exchangeable base cations (Ca, Mg, K and Na) were extracted with 1 N NH4OAc (pH 7) (Thomas, 1982). Exchangeable calcium and magnesium were determined by EDTA complexion-metric titration while exchangeable potassium and sodium were determined by flame photometry. Effective Cation Exchange Capacity (ECEC) was calculated by the summation of the total exchangeable bases and total acidity. Soil organic carbon was analysed by Walkley and Black wet digestion method (Nelson and Sommers, 1982). Available phosphorous was determined by Bray II methods (Olsen and Sommers, 1982). Soil pH was measured potentiometrically in both water and 1N KCl at the soil-liquid ratio of 1:2.5. The COLE was calculated as a difference in bulk density when wet and oven dried. Only the minimum data set of indicators used in the calculation of the Soil Quality index (SQI) were listed in the Table 3.

Deduction of the soil quality index

Soil quality index was deduced from an additive index of the scoring functions (arithmetic function) and divided by the total number of the parameters in the Minimum Data Sets (MDSs) according to a procedure described by Obi et al. (2016). The formula for calculating the soil quality index was given as:

Table 1 shows different soil amendments that gave the soils their different classes from the results of the SQi, physical and biological
classification of the soil moisture suctions, gravimetric moisture content, the mean annual soil temperature and the crop growth parameters. Capillary fringe is determined by the amounts of the available soil moisture and the suction or tension of the water held up in the soil solution. The soil water suction was classified as capillary water because of the periodical tensions. The hydraulic conductivity alone was used in computation of the SQi as an ecosystem function of the soil for allowing water entry and solute flow to be able to determine the gravimetric moisture content as a single factor influencing soil quality and capillary fringes, although more than one parameter could be considered an indicator for water entry in computing the SQi. From the results, soil moisture was highest at 18.70 where the soils had a high soil quality and corresponding highest values for the crop growth factors including:

It was evident that soil moisture was responsible for these optimum crop performances. Moreover, the soil temperature was 30°C having the least temperature at the highest soil moisture of 18.70 when the soils were treated with an organic fertiliser. Earlier research was that at every 10°C rise in temperature the time rate of biochemical reactions would tend to increase. Report from FAO (2006) showed that at diurnal temperatures of dry and wet seasons, the difference in annual temperature ranges does not exceed 6°C. This has shown the soil moisture which gave the highest as 18.70 with the organic fertiliser amendment reduced the soil temperature to 30°C and this would have brought about a reduced rate at which soil biochemical reactions took place in the plots and as well a slow rate at which soil nutrient released or lost through leaching or evapotranspiration. These therefore revealed that available soil moisture influenced the soil quality, nutrient cycling and the resultant crop yield. Other parameters listed in Table 1 such as a column for amendment show the inorganic fertiliser and result of the soil gravimetric moisture (θv) which equaled 17.30. There was no significant difference between this figure and the latter, which is, 18.70 for the organic fertiliser amendment. Although the soils had an intermediate quality with SQi as 0.58 and a comparable crop growth parameters as the organic fertiliser amended soils. Soil temperature value of 34°C showed that its soil moisture influenced temperature. The soils with no amendment had the least soil moisture of 15.30 meaning that soil amendments could have improved the soil organic matter (SOM) which improved the capillary retention ability of the soils in a corresponding manner. Organic matter could cause angle of contact between water and dry soil mineral particles to be greater than zero, and when this happens, the entry of water especially in the dry sandy soils becomes affected.

POPULAR POSTS BY Chinedu I Obi 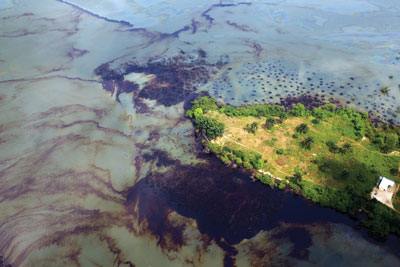 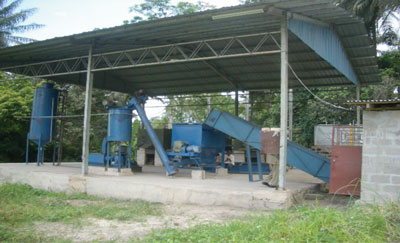