The equipment implemented to reduce odour emissions is designed with effectiveness in mind. However, some operating conditions may reduce that effectiveness without an industrial site being able to detect this quickly. Processes that most of the time have low odour emissions may become, under certain weather conditions, a major nuisance source.

An electronic nose system can detect odours before they impact the population. It consists of a network of electronic noses, deployed at carefully selected points on an industrial site, and a monitoring centre, located on site. The data from the sensor matrix of each E-nose are transmitted to the monitoring centre by wireless link.

The software at the monitoring centre merges, analyses and stores the data, in order to characterise (identify and quantify) the various odours emitted by the site and to model the atmospheric dispersion of the odours emitted. The result is a display of the real-time and the predictive odour plume, computed at regular intervals (once a minute).

The system configuration meets the specific monitoring requirements of each key segment of the industrial process. Together with a weather tower installed on site, this network feeds an atmospheric dispersion model that forecasts the site’s odour plumes in the neighbourhood.

To render an odour plume by atmospheric dispersion modeling, the system applies a model designed specifically for odours that takes into account realistic human perception of odours in ambient air (Pagé et al., 1998). Combining the standard EPA Gaussian model and the Gifford model, this model is more precise near the source because it incorporates the plume meandering. Plume meandering creates fluctuations of concentration that yield high odour peaks on short time scales. In fact, this is the dominant turbulence characteristic driving odour dispersion (Pagé et al., 1997) as recently demonstrated in wind tunnel studies (Aubrun et al., 2002 & 2004).

The dispersion model can predict the direction and intensity of odours at various locations surrounding the site. The site is thus aware in advance of the impact of ongoing operations or of a flaw in an odour treatment system and can – if so equipped – take proactive steps to prevent the odour from reaching neighbouring residents.

One great advantage of “non-specific” sensors is that once the odour level is calibrated by means of olfactometry, i.e. with human sensorial measurements, it can be expressed in odour units (o.u./m3).

This objective standardised measurement is comparable between sites and takes into account all the components of the odour, even though the chemical substance causing the odour is not identified with accuracy (Guy et al., 2004). E-nose training can be considered a type of calibration whose objective is to characterise the odour in terms of odour units and odour type.

E-nose calibration is thus effected in two stages. First, gaseous samples are collected at the various odour sources of the site. The samples are collected in chemically inert Tedlar bags, i.e. they do not alter the chemical composition of the sample for at least 24 hours. Second, the samples are analysed by means of a dynamic dilution olfactometer following the EN 13725 standard (CEN, 2003) in order to determine their perception levels, and they are then presented to the E-nose.

The calibration is made with correlation calculations using multilayer neural networks integrating more than 1000 training points. This number of training points yields good quality odour concentration predictions. They may be increased for very heterogeneous odours such as municipal waste.

Following an e-nose calibration, the evaluation of its capability to predict or quantify the main odour from an industrial site in odour units/ m3 is carried out with real odour blind tests between the e-nose and an odour panel (EN13725). Statistical indicators are used to evaluate the quality of the correlation between dynamic dilution olfactometric measurements and e-nose measurements.

If one plots e-nose predictions (y axis) versus the olfactometry observations (x axis), the expected line will pass through the origin and will have a slope of 1. Ideally, all the points will be superimposed on this line (no variance), therefore the correlation coefficient R2 will be 1 (Ostle et al., 1996) (Keyszig, 1999) (ISO10017, 2003). These considerations are translated mathematically as shown.

In order to aggregate the information contained in the slope and the correlation coefficient, an index of predictions quality indicators (IPQ) is defined for this type of validation.

It is a derivative of the Student test with 99.5% confidence (ISO 11095, 1996) for a slope of 1 crossing the origin, balanced by the relative variance (R2) of the predictions. This indicator depends overall on the value of the slope (which must be nearly 1) and on the variance (which must be minimal). Figure 4 shows the behaviour of the IPQ indicator.

It is clear that continuous monitoring is essential for odour management; discrete sampling cannot yield a representative quantification of the emissions for odour impact assessment studies.

The weather conditions are a factor explaining major fluctuations in odours within the vicinity. In many odour complaint situations at industrial sites, between the time of complaint and the arrival of an inspector to make it official, the nuisance may typically have disappeared or changed characteristics. Therefore no one – the site management, the authorities or the neighbours – can have a clear picture of the olfactory nuisance (Ernst et al., 1997). Even with the best intentions, the parties end up in a pointless debate devoid of facts.

Figures 5 and 6 show a typical odour plume angle shift (wind direction blowing NNE and than SSE) that occurred in the middle of the afternoon on April 15, 2006, within a 15 minute time span.

It is very difficult or even impossible to manage odour emissions if one is unable to measure them and to predict their impact. Hence there is a need for tools measuring odour emissions quickly and objectively and to accurately assess their impact over the next few hours.

Uses of the continuous monitoring system

Continuous monitoring is used in a proactive way for real-time identification of the problematic odour sources. Alarm thresholds inform site operators of sensitive areas being potentially annoyed by odours from the site and from which source the odours come from. For instance, with a wind of 5 km/h, a change of direction (shown by the system) is known immediately as an indicator of the emergence of a problem; management thus has a better grasp of the impacted zone where neighbours located at, say, 1.5 km may smell a potentially offensive odour. Then, appropriate measures for odour abatement can be applied by the operator to various stages of the process before the occurrence of first odour complaint. Event reports are generated automatically.

Moreover, if the real time weather data received from an on-site weather station are replaced by weather forecasts coming from the nearest airport, the operator will have up to 24h in advance to take decisive action to reduce or eliminate the olfactory incident before it actually does occur.

Continuous monitoring is the perfect tool to ensure that odour abatement equipment is working properly. Such a system may also be used to avoid expensive and repetitive olfactometric campaigns or dispersion modeling studies that give a time-specific odour evaluation, and that entirely miss the odour emission fluctuations. Moreover, operations planning and odour reduction equipment sizing using more data from continuous monitoring may bring significant economies by avoiding over or under sizing.

If the objective is to account for odours and the related nuisance in all their complexity, e-noses can do this realistically and directly rather than through physico-chemical analyses. Indeed, the latter method provides a good determination of the range of chemical compounds present, but not of the resulting odour. However, what matters to the neighbours is the odour, not its physico-chemical composition. Moreover, a good odour management programme or odour contingency plan must consider odour emission fluctuations to get a clear picture; that is what continuous monitoring does, and traditional odour bag sampling does not. 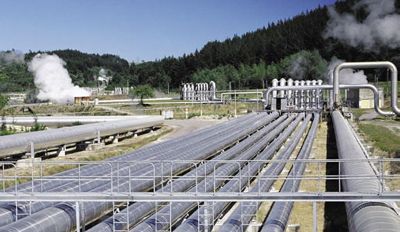