Polymer Banknotes are Actually Worse for the Planet than Paper

Polymer banknotes represent almost treble the greenhouse gas emissions than the paper notes they replaced, despite their longer lifespan and the Bank of England’s initial claims.

New research has revealed that, of the average number of banknotes required by an individual adult each year, new £10 notes release 8.77kg of CO2 compared to their cotton-paper predecessors’ 2.92kg – exactly three times as much.

For £5 notes, that’s 4.97kg for polymer against 1.8kg for paper, or 2.76 times as much – just in the manufacturing of the required number of notes.

The research, that combines data from the Bank of England’s own reports with information on cash manufacture and usage, from sources such as the British Retail Consortium, to give a more realistic comparison.

The plastic notes were initially introduced in 2016, on the basis of their ability to include greater security features, being more resistant to dirt and having a longer life.

This extended lifespan was cited as the main reason for the new notes having a lower environmental impact. However, the bank’s data is based on what it calls functional units – the circulation of 1,000 banknotes over 10 years – rather than the number actually used by an individual, their manufacture and the number of exchanges they go through.

When it comes to disposal at the end of their lives, paper notes are returned to the Bank of England, where they are granulated and composted in a process similar to that used for food waste. Meanwhile, polymer notes are granulated, melted and mechanically recycled into other objects.

The greenhouse gas production of each method for both the paper and plastic £5 notes is essentially the same. The slightly larger and thicker £10 notes, though, mean that the polymer versions create slightly more CO2 in their end-of-life process than their paper counterparts.

Not every alternative method of payment avoids the problem, either. The increasingly popular Apple Pay, for example, comes with the considerable environmental cost of manufacturing an iPhone, which will typically only be kept for two years.

According to Apple’s own reports, a 64GB iPhone XS represents lifetime emissions of 70kg of CO2, with 53.9kg coming from the unit’s production. Almost eight times more than polymer £10 notes – the next most damaging option.

The most environmentally-friendly payment method is a bank card, despite being made from PVC. Over its three-year life, a standard card represents just 20.8g of CO2 production. Even when the technology for wireless payments is added, it increases to just 40g of CO2 – a fraction of that from banknotes.

To read more about Moneyboat’s research into the environmental impact of paper vs polymer banknotes, and alternative payment methods, visit https://www.moneyboat.co.uk/blog/paper-vs-polymer/. 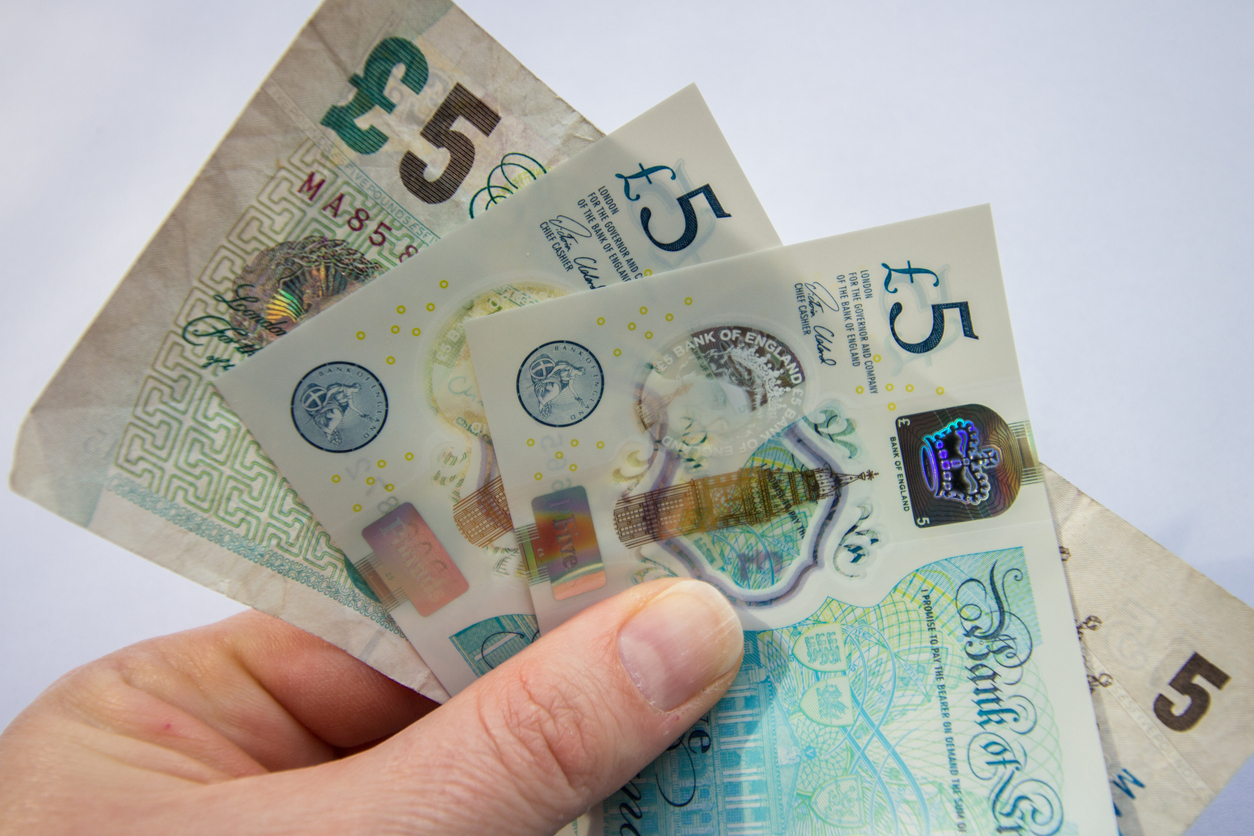 Polymer Banknotes are Actually Worse for the Planet than Paper