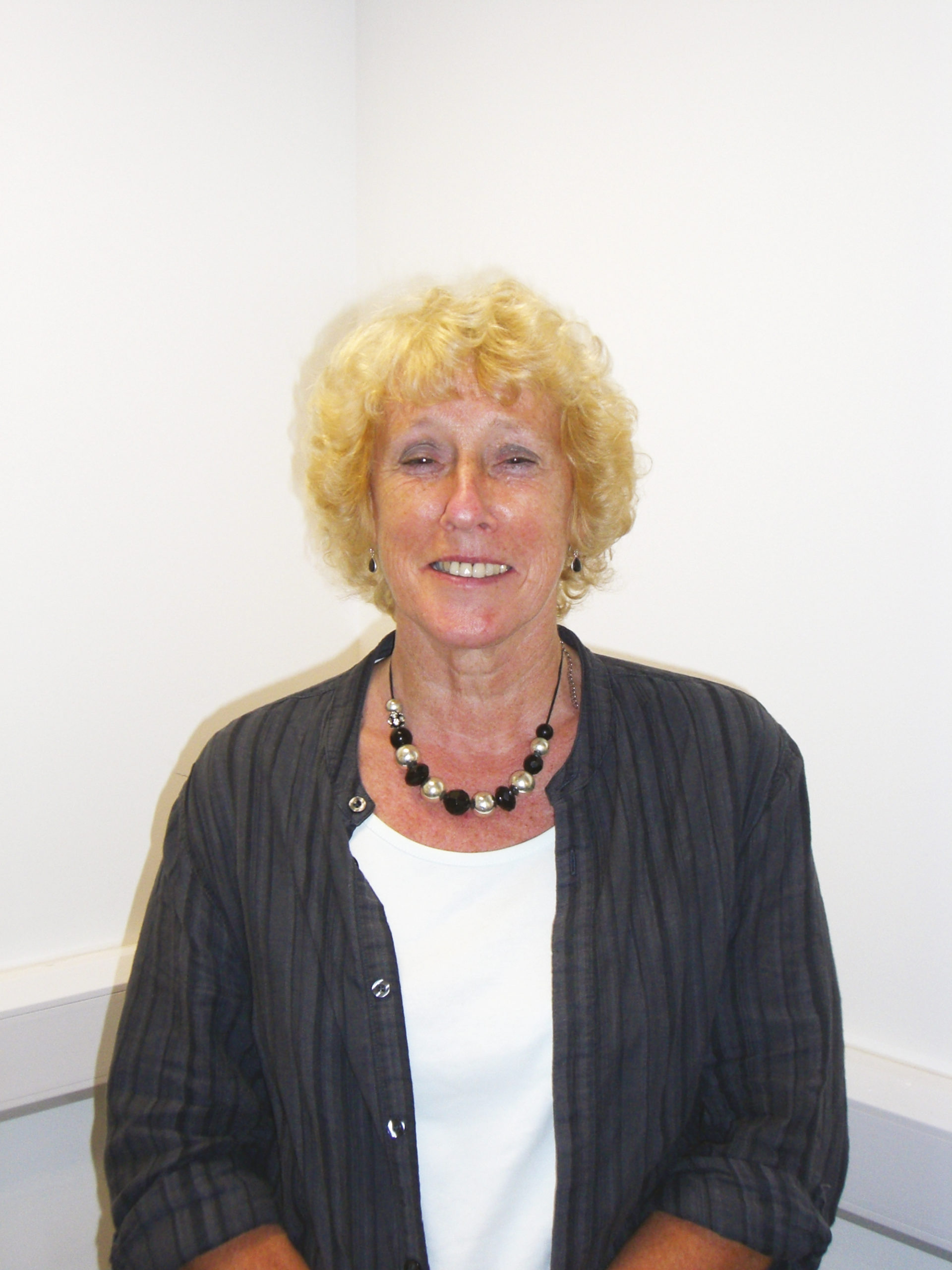 Emerging contaminants are based on monitoring data from most European countries, and cover a variety of determinands, including pesticides, pharmaceuticals, toiletries, food additives, water treatment chemicals, hormones and industrial products. This monitoring dataset is reviewed on a regular basis, and if compounds are appearing frequently in several locations across Europe, then they may be put forward to be included in the WFD list of priority substances. As many of these compounds are organic in nature, methods of analysis are generally GCMS or LCMS (gas or liquid chromatography), followed by mass spectroscopy.

Although not appearing on the Watch List, the other area of increasing concern is the presence of micro- and nano- plastics, which are now prevalent in air, soils and waters, and several hundred of these may be ingested/inhaled into the human body on a daily basis. The current spectroscopic method of analysis is Fourier Transform Infra Red (FTIR).

A requirement for a Watch List became apparent due to a number of ongoing changes, leading to a wider knowledge of possible issues:

A list of possible compounds of interest is provided below:

Triclosan – an antibacterial and antifungal agent

So, from a potential list of two to three hundred compounds that could be monitored, how are these selected?

On reviewing the data from a number of sources, the compounds are ranked initially for the number of times they are detected.

However, prioritising the list does not depend just upon the number of results appearing, it also depends upon:

Determination of hazard gives an integrated groundwater score and provides a ranked list, thus allowing selection of a limited number (top 30). Continued monitoring of these compounds across the EU countries is then regularly reviewed.

Proposed compounds to be added to the WFD list

Twelve compounds have been proposed, including Carbamazepine (an analgesic and anticonvulsant), and Sulphamethoxazole (an antibiotic), plus ten PFAS compounds.

“PFAS compounds are water soluble, and accumulate in the liver, kidneys and blood plasma, causing cancer and interference with lipid metabolism”

PFAS compounds are water soluble, very persistent, and accumulate in the liver, kidneys and blood plasma, causing cancer and interference with lipid metabolism. They were manufactured extensively from the 1950s, and indiscriminate dumping in the USA was widespread. Over 98% of the population in the States are now estimated to show the presence of these compounds in their bodies, and the USEPA have stated that a level of 70 ppt is not considered to be safe.

These compounds are generally organic, and therefore require solvent extraction, followed by GC or LCMS. Methods are well documented in waters, but soils are more difficult due to the complex matrices, although Agilent’s sediment method can be recommended.

One method is to use GC-MS Target Based Screening, whereby a large suite of compounds (over 1,000) can be detected in a single run.

The method includes volatile and semivolatile compounds and utilises high resolution GCMS with deconvolution software, allowing high certainty of identification, and will cover all the compounds in the WFD list, plus many additional compounds. This is very useful as a widescreen scan, but may not reach the detection limits required by regulators for certain compounds.

An alternative method uses liquid chromatography mass spectrometry (triple quadrupole) or LCMS-QqQ. This system is capable of quantifying target ions down to ppt levels, and is particularly effective for certain pesticides and acid herbicides. Development and validation is currently ongoing for several Watch List compounds in many contract laboratories, with PFOS and PFOA now available commercially.

Water samples are usually extracted with dichloromethane or a similar solvent, followed by a clean up and concentration procedure prior to injection onto the appropriate instrument. Software analysis of the resulting spectra is very sophisticated, with 3D plots and an extensive library search of many thousands of compounds.

Soils and sediments are more difficult, due to complex matrices, and a solvent such as acetonitrile, with the addition of 0.1% formic acid, is suitable for extraction.

The problem of plastic pollution in rivers and oceans is covered extensively in the media, and many countries are now taking action to reduce the problem wherever they can. This tends to be the very visible problems of plastic bags, bottles, straws, wrappings, cups and other common household items. However, a much greater threat to wildlife are small fragments of plastic, which are split into two types:

These can be either primary, which are deliberately manufactured as <5mm particles, or secondary, where they are the result of the large plastic items fragmenting into smaller and smaller particles.

Microbeads were used extensively in toiletries (cosmetics, toothpaste), but this has been addressed with recent legislation in some countries.

Although the presence of micro and nanoplastics in water is widely recognised, it is not always realised 80% of marine pollution has been disposed of on land initially. Over 700 million tonnes of plastic waste are generated globally each year, and only 10% of this is recycled, 12% is incinerated, and the rest goes to landfill. Much of the microplastics are present in water treatment effluent, with sewage sludge contributing 125-800 tonnes of plastic per annum per 1 million inhabitants in Europe alone. Whenever clothing consisting of manmade fibres is washed, over 2000 microfibres can be shed per garment.

Estimates state that we each ingest 50,000 particles of plastic per annum, and also inhale a similar amount. It is not just the physical particles which are a problem, but there are many chemicals added to plastic, either as coatings, hardeners, flame retardants or colours, which may leach out and cause health issues. Examples are polybrominated diphenyl ethers (PBDEs), bisphenol A, and phthalates. Human health impacts of plastic ingestion are still widely unknown, but a recent conference in the Netherlands (Plastic Health Summit) reported on a study in Utrecht where the death rate of immune cell cultures increased from 20% to 60% in 24 hours, when microplastics were added to the culture. It is suggested that the increasing level of childhood asthma, and higher levels of allergies may be due to reactions to micro- and nano-plastics, although these theories are currently undergoing research.

The current method of analysis for microplastics utilises Fourier Transform Infra Red, with an FTIR microscope linked to an FTIR spectrophotometer. Soil or sediment samples are sieved to remove the > 5mm material, and then freeze dried prior to oxidation with hydrogen peroxide to remove organic matter, followed by centrifugation to remove inorganic (mineral) matter. The resultant plastic particle solution is
suspended in ethanol on slides and then analysed by the FTIR system. This is capable of analysing complex spectra, with over 100 selected spectra of different plastics.

“at the current time, microplastics are not included in the Watch List”

However, at the current time, microplastics are not included in the Watch List.

Compounds on the current Watch List are mostly organic and therefore are generally analysed either by GC or LCMS spectroscopic methods. Instrument technology has improved significantly over the last few years and ppt limits of detection are now routinely achievable, particularly in waters, although soils and sediments can be more difficult, due to matrix issues.

Micro- and nano-plastics in both water and soil are increasingly recognised as a potentially serious problem, and laboratories are investigating methods of analysis for these (usually FTIR), although currently there are no regulatory guidelines.

Monitoring of emerging contaminants will continue, and additional compounds will be proposed for inclusion in the WFD priority substances list.

DETS is a private limited company, set up in 1999 and independently owned. Steady expansion, involving two moves to larger premises, has allowed the company to gain a larger market share, and to increase the scope of analyses offered in order to service a wide variety of industry requirements.

With over 30 years experience, and recently joining DETS from ALcontrol, Hazel is a well known chemist within the industry, and frequent speaker at conferences and seminars. Hazel is chair of the EIC Laboratories Working Group, and sits on several committees. 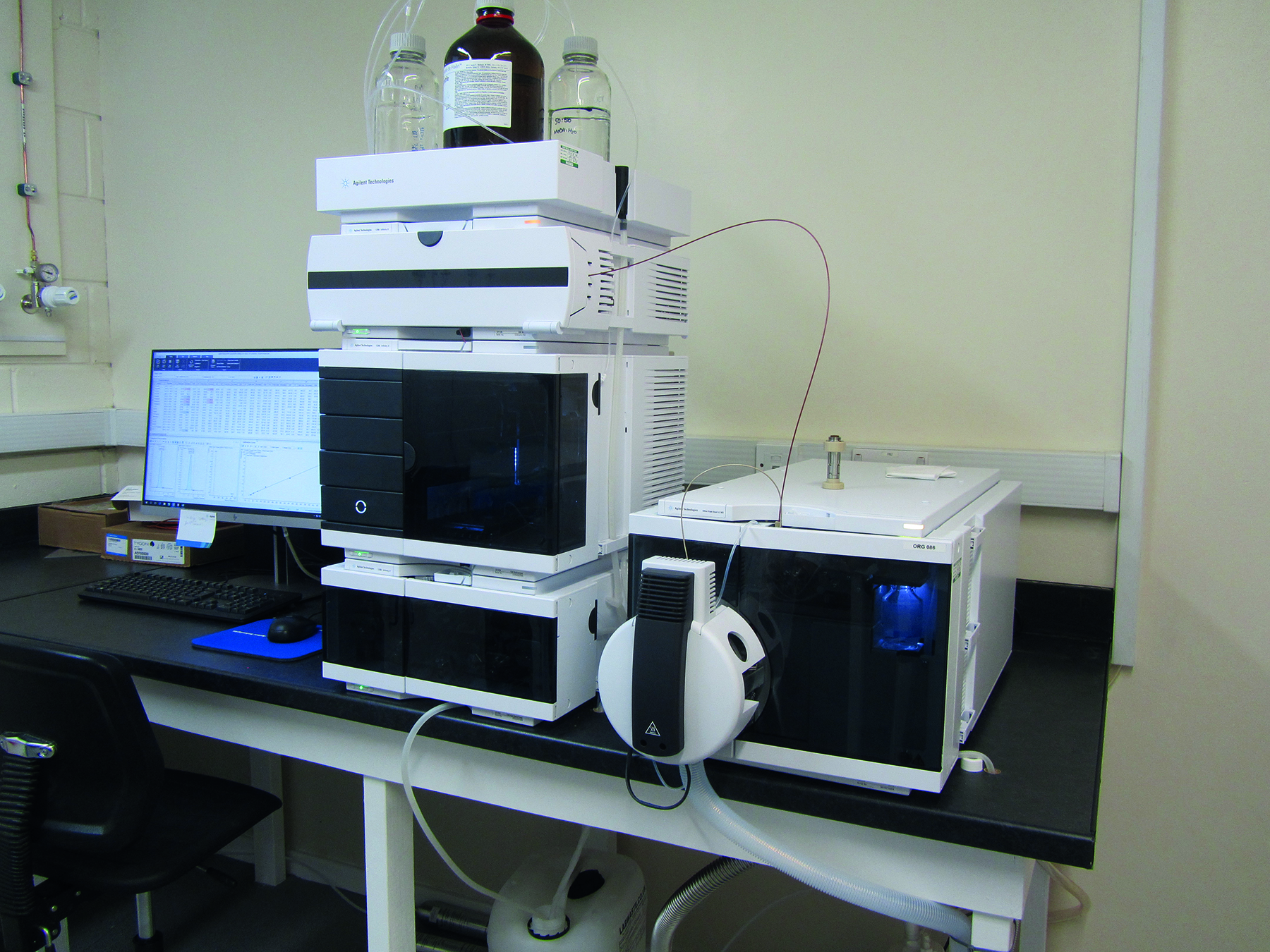 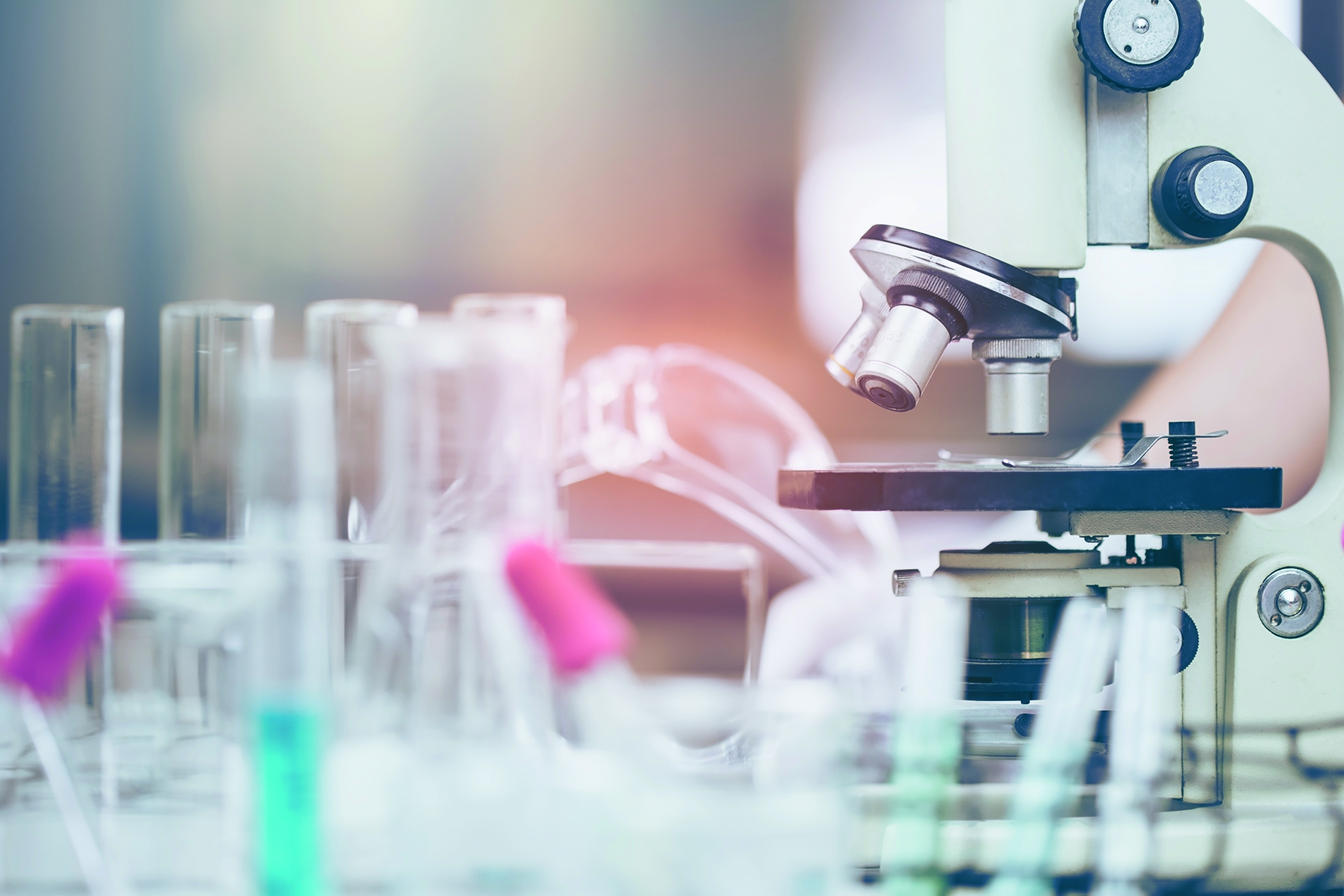 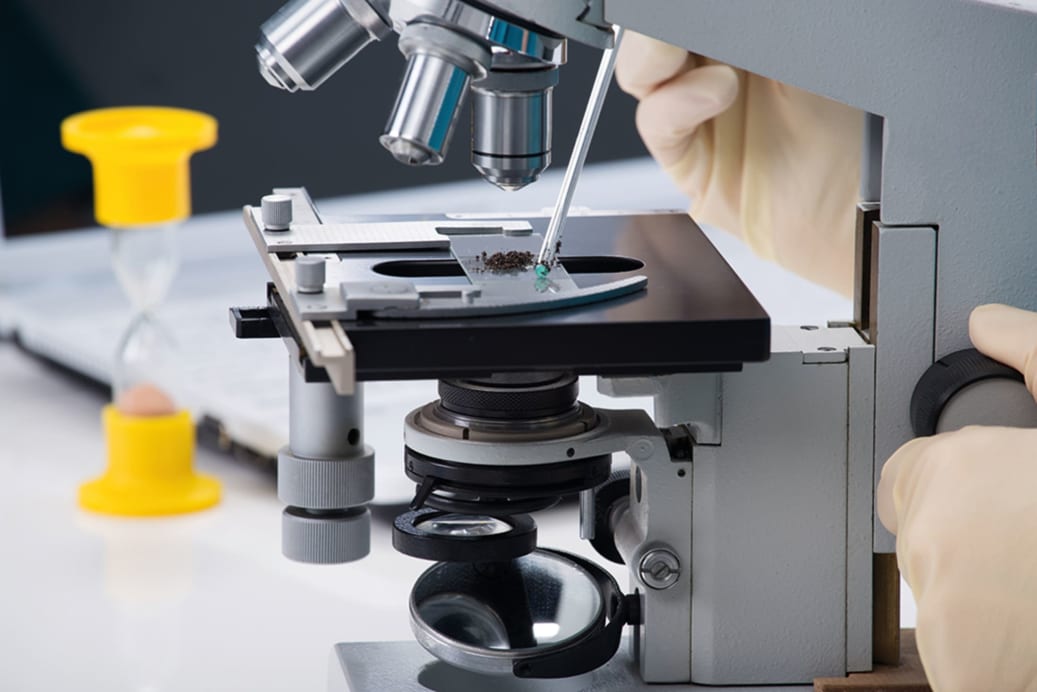 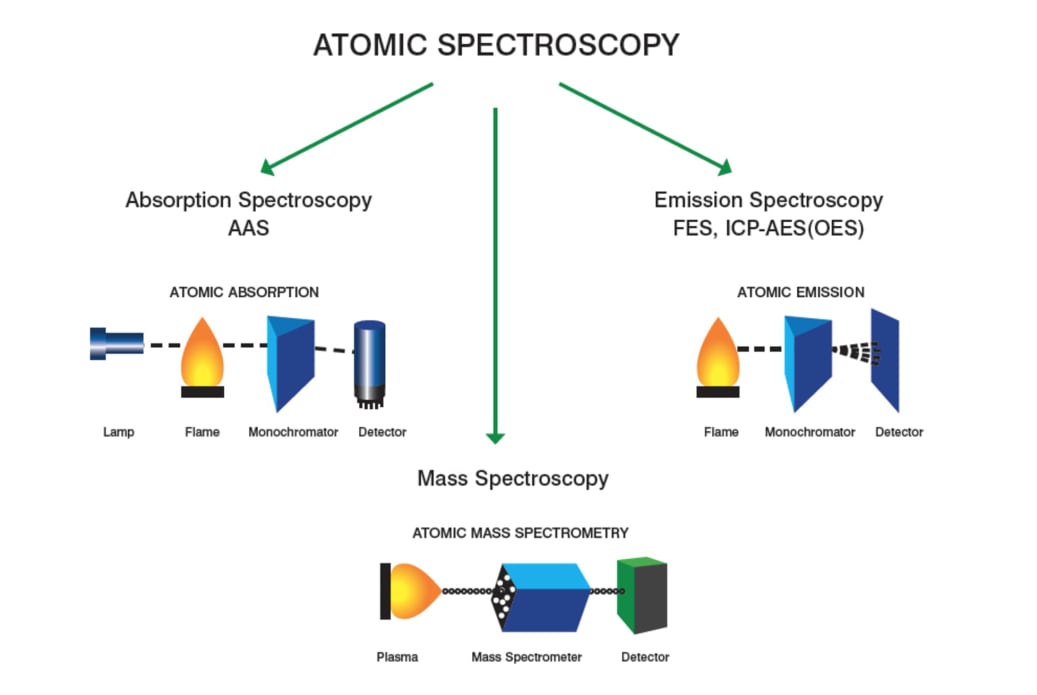 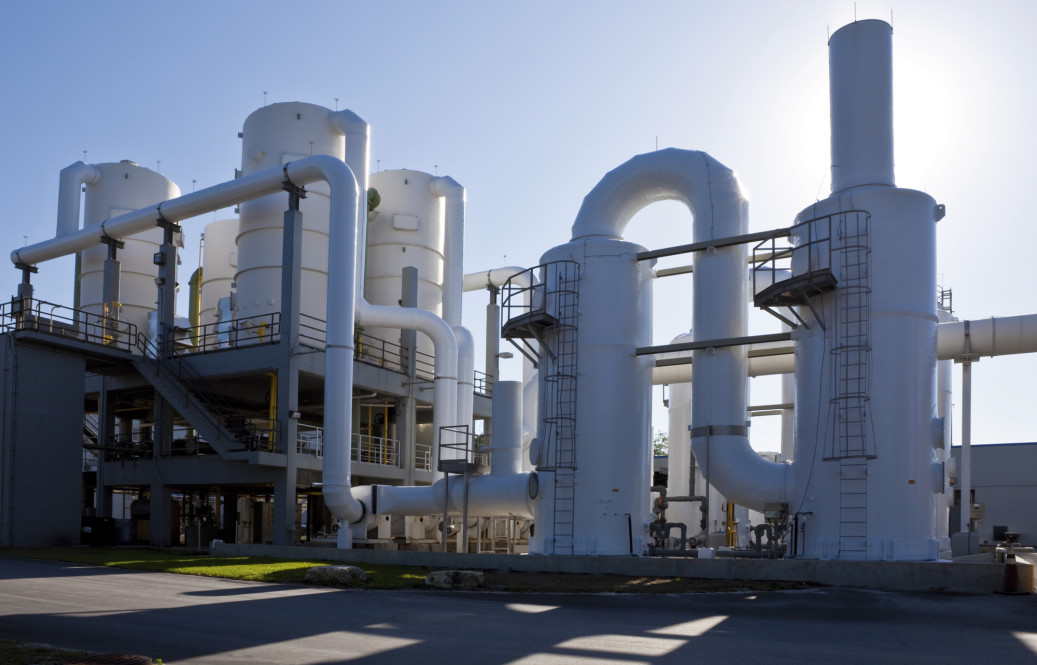 The Analysis of Wastewater