This paper provides an initial assessment of metal concentrations in West African freshwater systems and proposes some preliminary environmental quality standards that could be used to assess impacts of development schemes in the region. In addition, some ideas to resolve the challenges encountered during the collection of samples are suggested.

Liberia and Guinea lie on the Atlantic Ocean side of West Africa, and are two of the wettest countries in the continent (Ledger, 1974). The climate is humid tropical, with an average rainfall of around 4,000 mm per year on the coast, declining to around 1,800 mm to the far east of Guinea, but perhaps as much as doubled locally on mountain tops. There is a long wet season from May to October, with September being the wettest month in nearly every year. With this regime, water courses and swamps are almost all perennial. In this region of the world, where the majority of the population lives in rural areas and depends on rainfall for domestic consumption and subsistence agriculture, everyone is affected by water quality issues.

There are many challenges to the supply of clean water including future development of land (slash and burn, logging, mining and climate change). However, there is a paucity of environmental monitoring in Liberia and Guinea, due to financial, in-country infrastructure and laboratory capability constraints, which makes it difficult to assess the current status of water quality and the impacts that future development schemes may have on the freshwater environment. Recognising that conditions are so poorly observed and/or reported from these countries, the purpose of this study was to establish a baseline water quality record, particularly with respect to metal chemistry in the freshwater system.

Dissolved metal concentration data was collated from a variety of waterbodies (sample numbers: creeks = 398, wetlands = 15 and groundwater = 31) in five different study areas (Figure 1). All study areas were in rural locations, with a mixture of forest, scrub and subsistence farming land use (average approximately 55, 30 and 15% by land area coverage, respectively). Monitoring was undertaken between July 2008 and August 2010 and the vast majority of the samples were taken from study area C (n = 311) and study area D = 49 (Figure 1). Study areas K, T, S and G comprised 22, 18, 20 and 24 samples, respectively. Samples were collected according to USGS methodology (USGS, 2006), filtered using 0.45 µm filter pads (Figure 2) and acidified (10% HNO3) immediately on site (US EPA, 1983). Thermos boxes with ice packs were used to store samples in a cool (4ºC) and dark environment prior to analysis. Samples were analysed for a metal suite comprising aluminium, cadmium, chromium, copper, iron, lead, nickel and zinc using ICP-MS a maximum of four days after collection.

Natural water chemistry in this region was characterised by the following generic trends:

The exceptions to this general rule were for iron and lead, where creek water concentrations were significantly higher than groundwater concentrations (Figure 3 a and c, respectively). These samples were taken from non-impacted locations so it appears to be a natural catchment process.

Iron and lead could be desorbed from sediments transported into watercourses from the surrounding catchment and/or result from natural leaching by acidic surface water from the weathered rocks that form the limited regolith aquifers.

Large quantities of precipitated iron (in the form of red iron hydroxide deposits and biological ‘slimes’) were observed on the bed, banks and floodplains/marshes. Iron in groundwater is normally present in the bivalent Fe2+ form which is soluble. It is easily oxidised to ferric iron (Fe3+) or insoluble iron precipitate upon exposure to air (Manahan, 1994).

The high concentrations of dissolved iron recorded in the wetlands in this study suggest that some of this precipitated iron was being released into solution, perhaps due to anaerobic conditions, thus elevating creek water concentrations further downstream.

These wetland areas obviously function as both a sink and source of metals within these catchments and complex interactions between dissolved oxygen, pH and flow levels were thought to govern metal availability and transport.

An Environmental Quality Standard (EQS) is a value, generally defined by regulation, which specifies the maximum permissible concentration of a potentially hazardous chemical in an environmental sample (Oxford University, 2010). The EQS therefore provides a policy benchmark against which to assess the state of the environment and provides a target for control and limitation of anthropogenic emissions to the environment. There are many criteria which govern EQS setting including (Environment Agency, 2008):

Because no previous EQS have been proposed in Liberia and Guinea and these four factors require a great deal of local background data to be collected, this study aimed to propose some tentative EQS on the basis of background trace metal concentrations (Table 1). These concentrations were compared to internationally recognised standards:

As these samples were collected from natural systems with no perturbations, this demonstrates that international standards were not applicable in these circumstances. Based on these observations, the 95 percentile of the baseline data set was selected as the proposed EQS. It should be noted that these are standards to conserve the quality of the environmental system rather than standards based on safe human consumption.

There were uncertainties with the data reported in this study. A number of challenges exist to metal monitoring in Liberia and Guinea:

1. Limited access to study sites Poor transportation infrastructure exacerbated by heavy rainfall in the wet season, can lead to flooding, making access problematic. Good communication links with local contacts and suitable equipment avoided cancelled trips. Accessing sites on foot was necessary on most occasions, which can be demanding in rough terrain and humid conditions.

4. Sample shipping Samples can be held up in customs even after following correct export procedures. The authors found that waiver letters from the relevant environmental regulatory authority secured to the boxes, commissioning of an express service from a recognised courier company and strong packaging of samples avoided long delays.

5. Storage stability Samples collected from the field have to be preserved appropriately (filtration, cool/dark conditions, acidification). Consumables were not easy to source in country.

Due to points 1, 3 and 4 there were unavoidable delays between sampling and analysis dates. These challenges can pose a risk to data integrity. Approximately one fifth of samples collected were not reported in this paper, due to unacceptable delays in analysis or insufficient sample volume because of damaged/leaking bottles. This has to be expected and factored into any sampling campaign in the region as a risk. Summary and recommendations

This study has reported initial survey work for metal concentrations in a variety of waterbodies in West Africa. The results show that groundwater metal concentrations are generally high and that wetlands play a crucial role in regulating surface water metal concentrations. It was demonstrated that international EQS were not applicable to this dataset and these baseline data allowed the generation of proposed EQS for the region. It is recognised that EQS setting is an iterative process, but this study at least provides a starting point for the development of robust threshold values against which to evaluate environmental conditions in West Africa.

A number of challenges to data integrity, along with some solutions have been highlighted. It is envisaged that this study is a first step towards improved management of freshwater systems in West Africa.

Dan Evans has more than 14 years of post-degree experience as a water quality scientist and is a team leader within the Atkins Water Management and Business Analysis Division. He specialises in water monitoring studies, water quality baseline assessment and legislation, physical and chemical analysis of sediments and water, sediment transport and source studies and surface water components of Environmental Impact Assessments. Dan’s PhD from the University of Reading investigated instream processes affecting nutrient transport/loads in two Southern England catchments. T

wo postdoctoral posts at Queens’ University Belfast and the University of Sheffield followed, which investigated sediment sources and transport/fate of contaminated sediment, respectively. Since joining Atkins in 2005, Dan has led the development of catchment monitoring programmes, undertaken baseline reviews and produced impact assessments. He recently project managed a catchment risk assessment project for Symvoulos Reservoir in Cyprus and completed a fitness for use water resources assessment in Southern Africa. He is the technical lead for sediment and water quality monitoring at the Olympic Park, London UK. Dan is leading the provision of baseline data for assessments of potential impacts from options to meet the current supply/demand water imbalance in Southern England. He has experience in the implementation of water quality models (including SIMCAT, CATNAP and INCA) for addressing issues related to EU Directives, has led the training of local field staff in three West African EIA’s and supervised five successful MSc dissertations.

Dan has gained an international reputation in his field through presentations at conferences and publication/review of scientific papers in peer-reviewed journals. 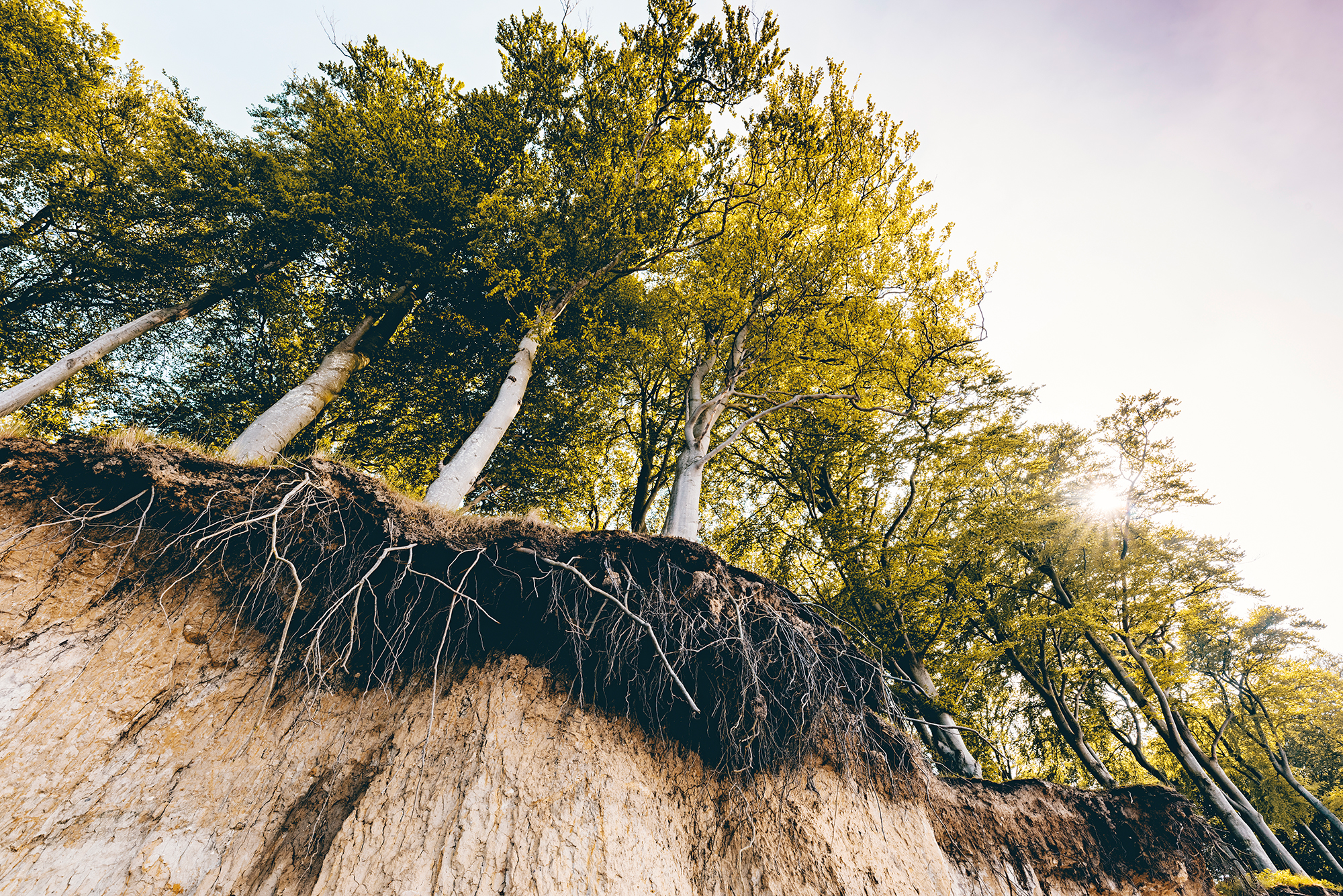 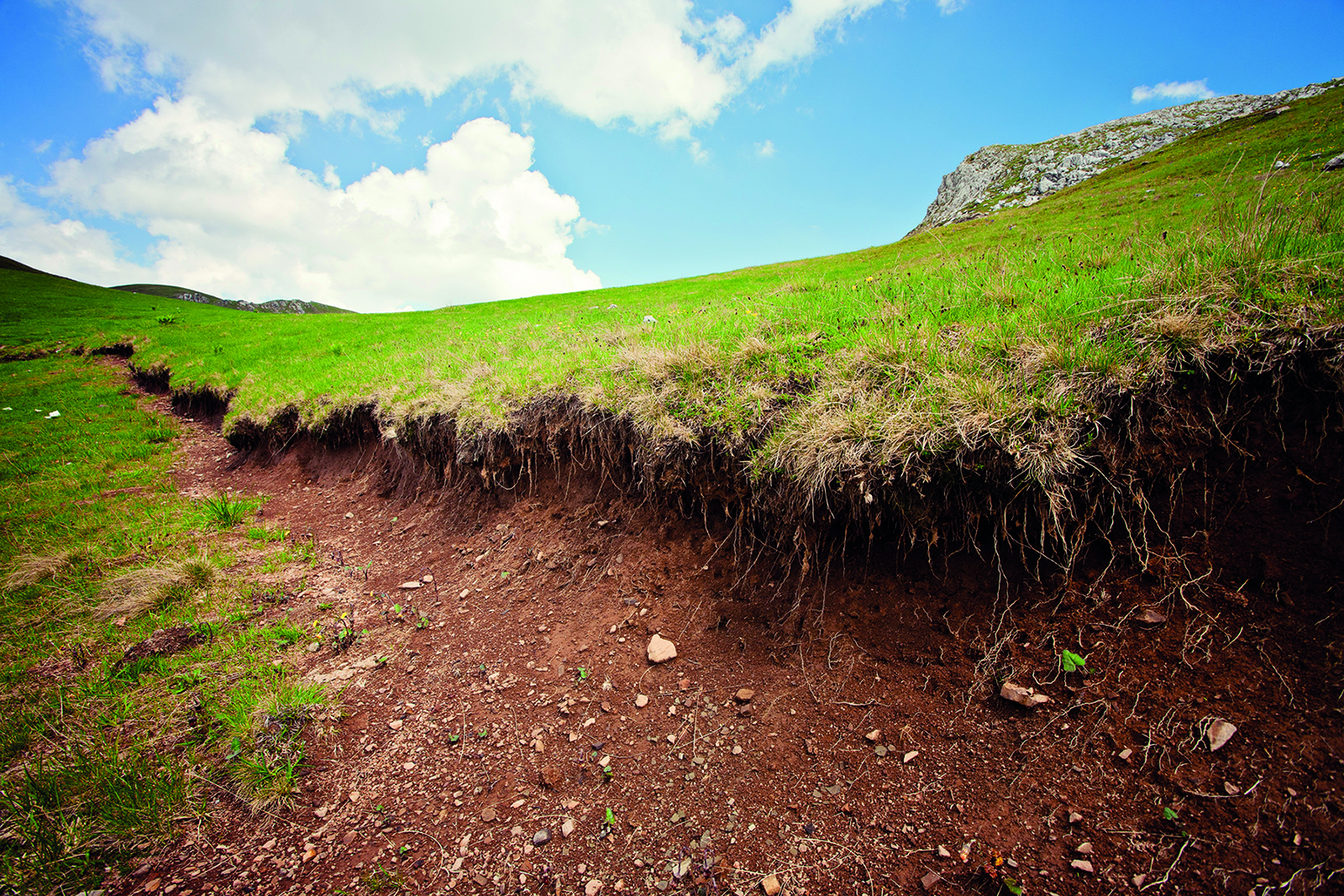 Saving our Soils for Future Generations