This article summarises the key requirements of the IED in relation to both environmental control and emissions monitoring for large combustion plant. While the monitoring requirements are broadly similar to before, there has been a harmonisation of approach that will make it easier to apply CEMs (Continuous Emissions Monitoring) Quality Assurance (QA) standards. Reductions in emission limit values have an impact on QA, however, and there are some new requirements for both continuous and periodic monitoring.

The overarching objectives of the Industrial Emissions Directive (IED) are the protection of human health and the environment, and the improvement of environmental quality, by controlling the emissions from industrial activities. The IED takes an integrated approach to the prevention and control of emissions to air, water and land in addition to waste management, energy efficiency and accident prevention.

The IED supersedes and harmonises the requirements of the Integrated Pollution Prevention and Control (IPPC) Directive and those of six other Directives related to industrial emissions, including the Large Combustion Plant Directive (LCPD) and the Waste Incineration Directive (WID).

The major provisions of the IED, listed in Chapters I and II, include: the permitting of installations; the setting and updating of emission limit values (ELVs) to be based on Best Available Techniques (BAT); the establishment of BAT reference documents (BREFs) and the formulation of BAT Conclusions that summarise the BREFs and are the basis for compliance.

In circumstances where the application of BAT would result in disproportionately high costs, when compared with the environmental benefit, deviations from BAT are allowed for a specific site provided that the mandatory ELVs defined in the IED are not exceeded.

The IED applies integrated pollution control to a wide range of industries previously covered by the IPPC Directive, including the energy industries (combustion and gasification). With regards to combustion plant, the IED applies to installations with a total (combined) rated thermal input ≥ 50MW.

By December 31, 2012, the Commission will also review the need to control emissions from smaller combustion installations with an aggregated thermal input below 50MW.

The requirements of Chapter III of the IED, and the mandatory minimum ELVs defined in Annex V, apply to individual stationary large combustion plant with a rated thermal input ≥ 50MW, subject to specified aggregation rules. Chapter III does not apply to direct heating, drying or heat treatment processes or gas turbines and engines used on offshore platforms.

Emission Limit Values (ELVs) are defined for SO2, NOx and Dust for plant fired by solid and liquid fuels. For gas fired plant, ELVs are also defined for CO. For gas turbines, ELVs are specified for NOx and CO only. ELVs apply during normal operation only, excluding start-up and shut-down periods.

New plant, permitted from January 7, 2013, should not exceed the more stringent limit values defined in Part 2 of Annex V which defines ELVs for different sizes of large combustion plant, based on aggregated thermal input. As an example, the ELVs for both new and existing plant greater than 300 MW thermal input, e.g. large utility boilers, are given in Table 1.

This is an overview only since the ELV varies somewhat for specific fuels and technology types. There are additional provisions for plant that operate for fewer than 1,500 hours per year as a five year rolling average.

In broad terms, the existing plant limit values are about 50% of the current LCPD values and this has implications for monitoring as discussed on page 30. There are obviously large costs associated with the installation of the necessary control technologies such as Selective Catalytic Reduction (SCR) for NOx and Flue Gas desulphurisation (FGD) for SO2, if not already fitted.

This is different under the IED: for existing large gas turbines, the baseline NOx limits are defined in Table 2 (on page 8).

There is also an allowance for the thermal efficiency of the plant, as shown in Figure 1. Again, this is a simplification since there are additional provisions for certain fuel types and reduced annual operating hours.

For gas turbines, ELVs apply only above 70% load and limit values do not apply to gas turbines for emergency use that operate for fewer than 500 operating hours per year.

For new gas turbines, the efficiency allowance applies to open cycle gas turbines only. These levels of NOx are low, and challenging from a monitoring point of view, but they can generally be achieved using lean premix combustion systems for natural gas firing.

Combustion plant permitted before November 27, 2002, may be exempted from ELV compliance in the period January 1, 2016 to June 30, 2020, subject to at least meeting their existing ELVs, provided that the total tonnage of each pollutant is controlled at the Member State level. This can apply to one or more of the individual pollutants, excluding CO.

Essentially, ELV compliance is deferred by operating for less time when compared with a baseline period of 2001 to 2010. Member States must submit their Transitional National Plans to the Commission by January 1, 2013. 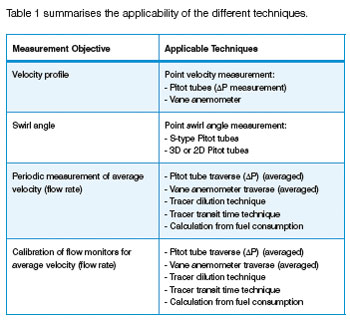