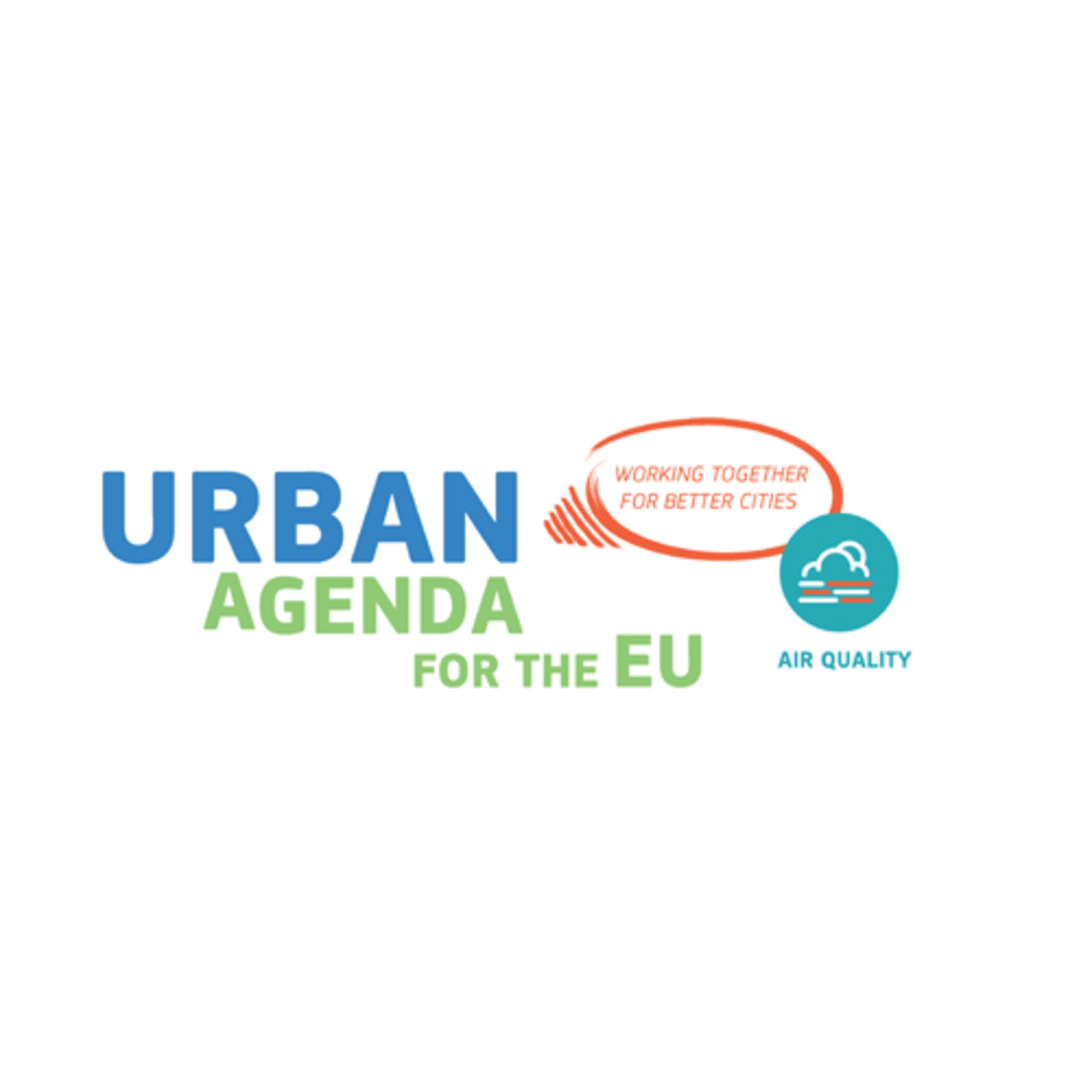 By Urban Partnership for Air Quality

The Urban Agenda for the EU – consolidated with the Pact of Amsterdam, agreed on 30 May 2016 by the EU Ministers responsible for Urban Matters – has introduced a new working method of thematic Partnerships being elaborated by partners representing various governance authorities aiming to tackle social challenges by focussing on cities. It aims to promote cooperation between Member States, Cities, the European Commission and other stakeholders, in order to stimulate growth, liveability and innovation in the cities of Europe. The Partnership on Air Quality is one of the 12 priority themes of the “Urban Agenda for the EU”.

The main objective of the Partnership on Air Quality is to improve air quality in cities and bring the ‘healthy city’ higher on the local, national and EU agendas as part of the Urban Agenda. This will be done through contribution to policy assessment in the consultation phase, and to improvement the development and/or of implementation of regulation, funding mechanisms and knowledge at all levels, as well as the coordination between them.

The Members of the Partnership are:

The findings of the Partnership have then been thoroughly discussed among the partners and shared with public stakeholders through an international workshop and a public consultation to gather feedback that has been used to complement the Partnership’s work. Drawing on the evidence gathered to find concrete solutions to the issues identified, the Partnership has developed a series of actions, presented in this plan.

The Partnership’s actions also aim to contribute to the goals of the New Urban Agenda and to the targets set in the Sustainable Development Goals.

Action number one is the identification of gaps in regulation and implementation on air pollutant emission sources.

What is the specific problem?

The overall air policy strategy of the EU is directed towards meeting the Air Quality Guideline Values of the World Health Organisation (WHO) in the coming decades (EAP7).

At the EU level, six main instruments can be distinguished as follows.

These Directives (i.e. 2008/50/EC and 2004/107/EC) set air quality standards and requirements to ensure that Member States adequately monitor and/or assess air quality on their territory, in a harmonised and comparable manner. This includes maximum concentrations for 12 key air pollutants deemed to be most relevant (i.e. sulphur dioxide, nitrogen dioxide and nitrogen oxides, particulate matter (PM10 and PM2.5), ozone, benzene, lead, carbon monoxide, arsenic, cadmium, nickel, and benzo(a)pyrene) to be attained across the EU, including an obligation to further reduce the average exposure of the urban population to PM2.5. 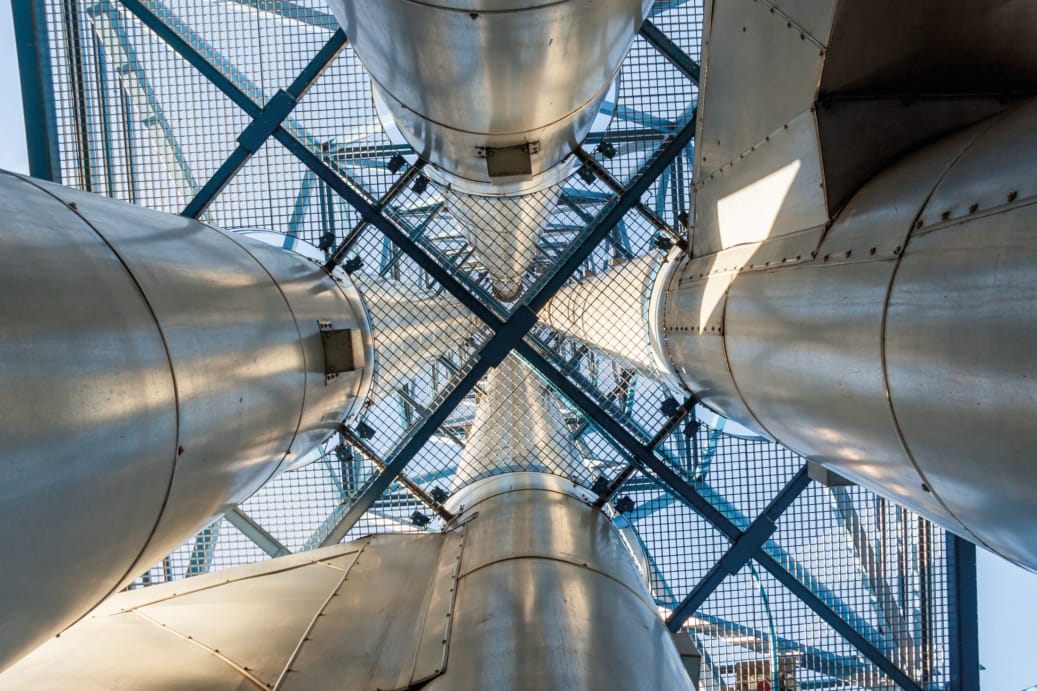 Monitoring and reporting requirements and requirements to inform the public on emissions and (actual and expected) air quality, (these partly result directly from the above-mentioned Directives).

In addition, two other (non-regulatory) instruments can be mentioned:

The Partnership’s analysis focused on pollutants, as well as on sources that have a proven negative impact on the health of exposed populations, especially in urban environments, as follows.

NOx emissions from vehicles are regulated, but there have been concerns about the effectiveness of Euro emissions limit values, i.e. considering NOx and NO2 real-world driving emissions from Light Duty Vehicles (LDVs), and about the negative effects of tampering practices (i.e. removal of catalyst systems).

Air pollution from shipping in coastal areas and port cities

Air pollution from SOx and NOx produced by from international shipping may have accounted, without adopting timely relevant sulphur regulations, for approximately 50,000 premature deaths per year in Europe, according to recent scientific studies. Many actions have been undertaken in recent years to significantly reduce air emissions from ships. Most of these actions have been taken through Annex VI of MARPOL, an international instrument developed through the International Maritime Organization (IMO) that establishes legally binding international standards to regulate specific emissions and discharges generated by ships.

At the EU Level, the Sulphur Directive has been, in a consistent manner with that international instrument, the reference for control of sulphur oxide emissions from ships. Since air pollution from ships continues to increase as the sector grows and its impact to air quality on land can be significant in coastal areas and port cities, it is essential that current and future legislation is adequate and correctly implemented. Land-based emissions – SOx and NOx – on the other hand, particularly from fixed installations, have been reduced dramatically. However, NOx from shipping, which is not yet regulated at EU level, is set to exceed NOx from all EU land-based sources in the coming decade.

Ammonia contributes to the formation of secondary particulate aerosols, an important air pollutant due to its adverse impacts on human health. The most polluting farms are big animal rearing installations with 80% of agricultural emissions coming from 5% of the farms. Measures to reduce ammonia emissions are suggested in the existing regulations for only the largest 3% – the large industrial animal holdings. It is up to the Member States to decide how to distribute the burden. The National Emissions Ceilings (NEC) Directive allows them to take into account impacts on small farms.

Specifically referring to particulate matter emissions to air from biomass heating, which comes primarily from urban areas and is a problem mainly related to the low efficiency of boilers and stoves in households (below 1MW), but also to coal, and oil heating.

Constructing buildings, roads and other infrastructure can have a substantial, temporary impact on local air quality. The most common impacts are increased particulate matter (PM) concentrations, and nitrogen oxide (NOx) emissions. The vast majority of these emissions come from the diesel diggers, generators and other machines operating on sites. Yet this machinery is subject to specific emission regulation, different from the Euro emission standards for road vehicles.

What action is needed?

The Partnership identified the following twofold action to address the issues described above. The first part of the action focuses on better implementation; the second on aspects related to better regulation.

How to implement the action?

The Partnership’s findings pointed out that EU and national regulatory instruments, and/or the way they are implemented, might not always ensure an adequate and timely reduction of the above list of pollutants, sources and effects of air pollution. Nevertheless, the Partnership also underlines that the search for solutions to the issues falling under the scope of this action will not automatically lead to proposing new EU regulation, which is an option that could occur only in the absence of alternative approaches. The Partnership is aware that this action should not create any expectation on a change in Comitology rules nor any privileged access to legislative processes.

For the activities regarding better implementation, the Partners will carry out studies, consultations in order to formulate recommendations and policy inputs, also trying to liaise with inter alia the Partnership for Urban Mobility and the Covenant of Mayors for Climate and Energy.

As regards the activities under better regulation, the Partnership will set up the multilevel governance working group described above. The multilevel working group will try to feed into the preparations of initiatives like the biennial Clean Air Forum and other relevant events, as well as any Commission stakeholders’ meetings related to air quality. Public workshops may be organised to stimulate dialogue between city leaders, member states, EU policy makers and the relevant industries (e.g. transport, energy, waste management, agriculture), notably the car industry. The seminars, based on the findings of the Partnership, will search for cross-sector and multigovernance solutions and seek commitments from the involved partners to rapidly improve air quality in cities.

“almost three quarters of Europeans live in cities, which remain the immediate level of intervention in dealing with the threats to human health coming from pollutants such as nitrogen dioxide, particulate matter, and ozone”

The multilevel governance working group’s method will be based on the principle of subsidiarity. First, when looking for solutions to mitigate the negatives impacts of pollution, it will begin from the local level. If that is not possible, the search for solutions will be escalated at regional level, then at national level, and so on up to the European level, until a suitable solution is found.

What is the specific problem?

Almost three quarters of Europeans live in cities, which remain the immediate level of intervention in dealing with the threats to human health coming from pollutants such as nitrogen dioxide, particulate matter, and ozone.

However, “Air quality planning” in the EU is not always under the responsibility of cities, as the majority of Members States set the responsibility for drafting and adopting Air Quality Action Plans (AQAP) from Art. 23 of Directive 2008/50/EC at regional or even at national level. In the meantime, the measures defined by the AQAP should address different sectors, whose enforcement and implementation are of competence of urban, regional or national authorities, as appropriate.

Furthermore, the work of the Partnership has allowed identifying issues of concern for many cities relating to the development and implementation of Cities Air Quality Action Plans. Notably, it has been found:

Which action is needed?

The Partnership identified the following action to tackle the problem described above:

How to implement the action?

Air quality is the main determining environmental factor for the quality of life in cities. The main objective of the Partnership is thus to place the healthy city higher on the EU agenda and to help attain healthy urban environments. Based on the input of the different partners during several meetings between December 2015 and June 2016, four concrete topics have been formulated to focus on until mid-2017.