A new pilot platform hosted by the air quality data platform OpenAQ, in partnership with the Environmental Defense Fund, creates the largest open-source repository of low-cost sensor data. Global air pollution data from OpenAQ shows 33 of the largest cities in the world are exceeding WHO guidance for PM2.5 air pollution by four times on average.

Global air pollution on the rise

It is estimated that 90% of the world suffers from harmful levels of air pollution, with the problems particularly acute in urban areas in the Global South, affecting some of the least well-off communities. A recent investigation into the largest cities in the world showed that the average annual level of PM2.5 air pollution was 39 ug/m3, nearly four times higher than the World Health Organization guidelines (10 ug/m3). The worst affected cities were in Asia – Lahore (Pakistan), Delhi (India), Dhaka (Bangladesh), Ahmedabad (India) and Xi’an (China) having the highest levels measured, according to OpenAQ.
The data illustrates the stark global inequalities of air pollution, which could be addressed by providing low-cost pollution sensors to communities across the world. For instance, the recorded PM2.5 levels in Delhi were 102 compared to just 7.7 in New York City.

A coalition of NGOs are addressing air pollution inequality through a new open source data platform using low cost air sensors. Developed with the Environmental Defense Fund (EDF), the pilot is hosted on OpenAQ.org and provides a portal for research scientists, NGOs, and individuals to access both reference grade air quality data across the world as well as newer, low-cost sensor data. The platform brings together low-cost sensor air quality data from EDF’s Air Quality Data Commons as well as from Purple Air, HabitatMap and Carnegie Mellon University. The OpenAQ Platform already houses more than three quarter billion (750 million) data points from 11,000+ stations in 99 countries. The new pilot provides a new dashboard for searching and understanding low-cost sensor data, as well as all the data previously available on OpenAQ’s website and platform via an API.

The new OpenAQ platform will be a resource for cities, governments, and communities at a time when the effects of air pollution on public health, including the challenges they present in individuals diagnosed with COVID-19, have come into sharper focus. As nations around the world plan for a recovery from the pandemic that prioritise climate change goals, tackling air pollution will become an important priority. OpenAQ’s data platform will give governments and communities an important tool to track these efforts and inform policies and programmes.

Over half of the world’s population has no access to official government data on air quality,1 according to a study also published by OpenAQ2 The study, entitled ‘Open Air Quality Data: The Global State of Play’ examined 212 countries and found 109 (51%) governments are not producing air quality data of any major pollutants, while 103 are. OpenAQ has published a full list of air quality monitoring by Governments.

Low-cost sensors are a new air quality monitoring technology that complement more traditional and expensive reference grade monitors and help address these data gaps. While prices can vary, it is often in the 100s or 1,000s vs 10,000s of U.S. dollars for a reference grade monitor. Low-cost sensor units can be installed by individual users, communities as well as governments to increase coverage and access to air quality data to a greater number of citizens, policymakers and NGOs. Given their smaller size, they can be either mobile or in one place (stationary).

Jeremy Taub, Executive Director of OpenAQ, said: “We want to encourage new, affordable solutions to monitor air quality, and bring that data to OpenAQ to increase funding and action for those communities who are most affected by air pollution. It will fill important data gaps allowing communities to develop solutions to air pollution.”

Millie Chu Baird, Associate Vice President at Environmental Defense Fund, said: “One of the keys to fighting air pollution inequity is data transparency – ensuring that as wide a range of people as possible have access to as much of it as possible. It’s foundational to the ability to take action.”
Michael Heimbinder, Executive Director of HabitatMap said: “HabitatMap makes technologies accessible so communities facing disproportionate environmental burdens can advocate for equity and improved quality of life. We’re excited to have the air quality data contributed to the open-source AirCasting platform made available via OpenAQ’s low-cost sensor pilot.”

Albert Presto, Associate Research Professor at Carnegie Mellon University, said: “Sensors bring air pollution data to the neighbourhood level, but people need to be able to access the data from trusted sources using reliable tools. OpenAQ is one source that will allow us to further disseminate this valuable data.”

“sensors bring air pollution data to the neighbourhood level, but people need to be able to access the data from trusted sources”

Signe Ostby and Scott Cook, Valhalla Foundation, said: “We are proud to support EDF’s Air Quality work, which harnesses sensor data to deepen the understanding of the health impacts and disparities among populations who live, work and attend school in higher pollution areas. As this work continues to spread to other parts of the globe, we hope more communities, advocacy organizations and governments will use this data to take action and stop pollution at its source.”

In Ghana, 17,000 premature deaths are attributed to poor air quality. Across West Africa, biomass burning, vehicle emissions, and industrial waste are identified as the main contributors to the air pollution problem. Clean Air One Atmosphere, an NGO in Accra, Ghana built Yakokoe, a mobile application using PurpleAir low-cost sensor data to engage, educate and empower citizens to use air quality data to make informed decisions about how to protect their health. The mobile application provides Ghanaian citizens with free air quality data in their region and its associated health risks by sharing an Air Quality Index (AQI) that has different thresholds based on risk levels. Having PurpleAir data now available on the integrated OpenAQ pilot platform opens new possibilities to scale impact, as it draws attention to air quality challenges in Ghana and West Africa at-large to the rest of the world.3

High volumes of traffic and pollution from diesel trucks, trains, and ships that service the Port of Los Angeles/Long Beach – the busiest port in the US – contribute to the LA metropolitan region’s ranking as one of most heavily polluted areas of the country. A Day in the Life at
the University of Southern California allows young people, to tell the story of their own experiences with air pollution by combining low-cost sensor data with text, photos, and videos. After being trained to use the AirBeams + AirCasting platform which originates from HabitatMap one of the low-cost sensor data partners in the pilot, A Day in the Life participants collect data over a one to two week period with the goal of collecting at least eight to ten hours of data on a single day to illustrate their daily exposure to PM2.5. Started in 2017, participants have logged nearly 200 AirBeam sessions on the AirCasting mobile app resulting in over 520 hours of particulate matter exposure data collected.

OpenAQ is an environmental technology non-profit organisation and the largest global open source repository of air quality data. OpenAQ’s mission is to aggregate and harmonise open air quality data across the globe and to enable and grow a community of people across sectors and geographies to use this open data to fight the unequal access to clean air to breathe – air inequality. The OpenAQ Platform currently houses more than three quarter billion data points from 11,000+ stations in 99 countries and is the largest open air quality data platform of its kind, in terms of measurements and geography. It receives ~35 million data requests/month to the open API. https://openaq.org/. OpenAQ’s work is made possible in part by the generous support of both the Clean Air Fund and Bloomberg Philanthropies.
For further information please contact: OpenAQ
+44 7830 195812 [email protected] openaq.org 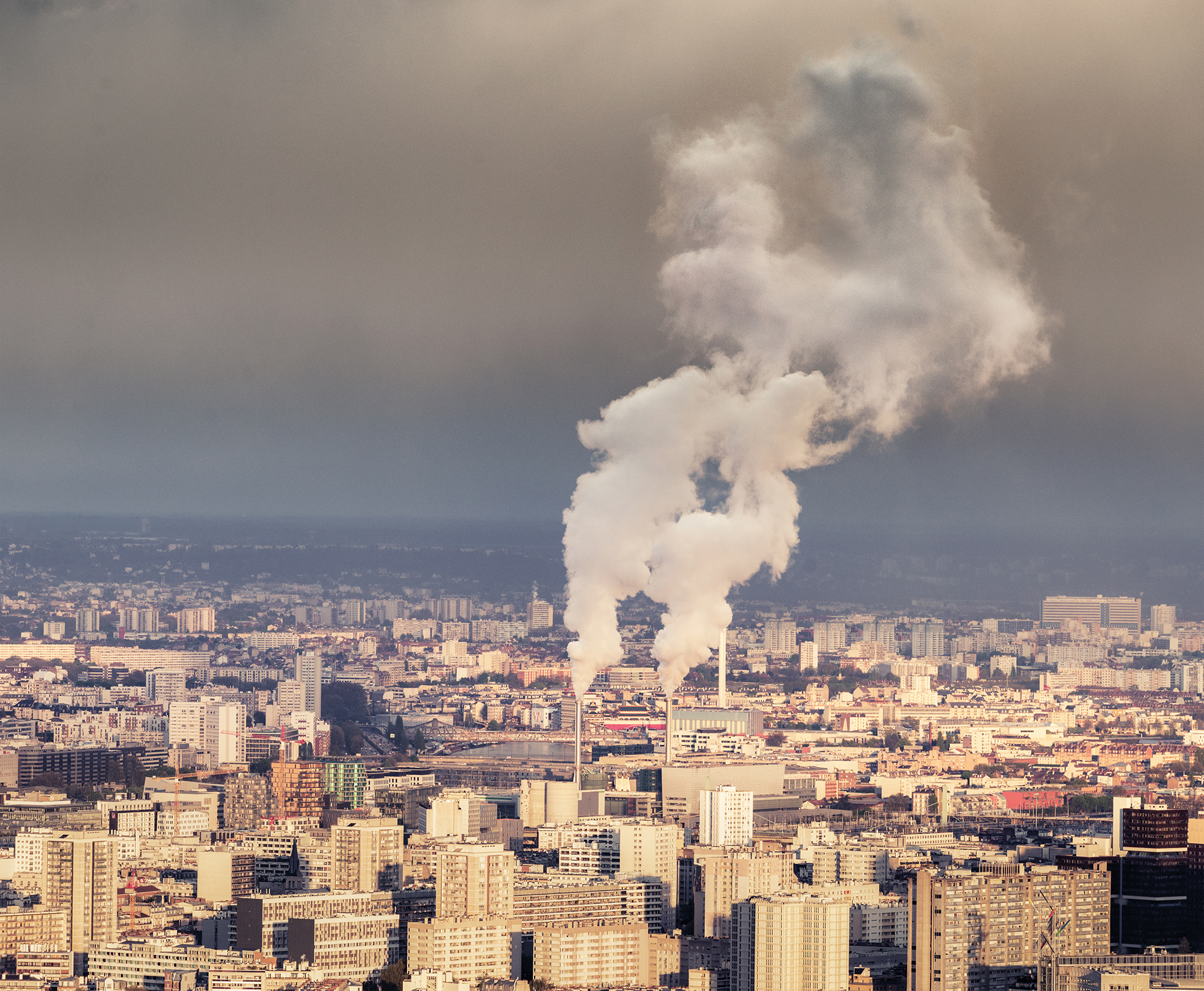