Thanks to improvements in analytical chemistry, the presence of drug residues, as well as their derivatives or metabolites, have been widely established on a global scale, particularly in surface and ground water, wastewater, and in sludge. Such molecules are now found in lists monitoring health risks and environmental quality.

Drug residues have become an important class of molecules in the monitoring of water quality. Despite this, (drugs) analyses are currently not as developed as the ones of pesticides, PAHs or PCBs. As a result, in 2018 BIPEA decided to launch a dedicated proficiency testing scheme (PTS) for drug residues. In order to be able to meet the needs of most of the laboratories, it was decided to start from the beginning with a wide range of molecules. Since 2018, a proficiency test with two series of samples spiked with about 70 drug molecules is thus offered twice a year. The list includes the molecules found particularly in the ISO 21676 standard2, in the French XP T90-223 standard3 and in the approval for the French Ministry of Environment4. Both clean and, more recently, wastewater samples are introduced in these tests. Seven rounds have been organised so far which now allow for an overview to be drawn of the results and performance met in this PTS, especially regarding the number of results obtained for the different molecules; their related dispersion; the differences observed between clean and wastewater; as well as some information about recovery and stability.

The most crucial aspect for the implementation of a proficiency-test programme is the production of homogeneous and stable samples.

For this PTS, a batch of selected water (clean water or wastewater) is homogenised in an adapted tank and distributed into one-litre brown glass bottles. Each bottle is then spiked individually with a solution containing all the selected drug molecules.

The homogeneity is checked through the analysis of a few molecules by a third-party laboratory. Ten samples from the manufactured series are analysed to determine the inter-sample standard deviation.

For each series, two one-litre bottles are provided to the participants in order to allow them to have enough volume to implement different analytical processes, if needed.

The parcel with the bottles is then shipped to all participants under refrigerated conditions, using cooling gels with a target temperature
of (4±3)°C.

Laboratories are invited to analyse these samples using the technique or method they prefer, for instance, either the standards mentioned above or through in-house methods.

Laboratories then submit their analysis results via electronic reply forms, in which they can also provide additional information about their method and the date of analysis.

The statistical treatments of the quantitative returned results are carried out in accordance with ISO 13528 standards5. The assigned values (xpt) are estimated from the robust mean of all the results, except incoherent values. The standard deviation for proficiency assessment (spt) is set to 30% of the assigned value. The use of such a determined value allows for an assessment to be had that is independent from the obtained results and consistent through time. This is especially useful when there are a limited number of results, which could lead to a wide and fluctuant dispersion of the results.

The quantitative results (x) could be evaluated and classified through z-scores, where

The interlaboratory comparison report is validated by both BIPEA and an external technical expert, and is then distributed to the participant.

The first set of important data is the participation and number of results. Since the creation of this PTS, there are on average 18 registered participants, which is quite a good number already, showing an interest for this idea. However, none of the laboratories quantify all the offered molecules, and the number of results obtained is quite different from one molecule to another. The molecules are listed in Table 1 in descending order of average number of results provided on clean water (which includes tap water and surface water). Less results are provided on wastewater – two results less on average and four results less compared to the molecules with the most results on clean water. The top ten molecules analysed by the participants are: carbamazepine, paracetamol, ketoprofen, atenolol, sulfamethoxazole, diclofenac, sulfamethazine, ibuprofen, bezafibrate, and metronidazole.

The second set of important data is the dispersion of results, provided as a Coefficient of Variation, CV%, (the robust standard deviation of the results/robust mean of the results, in per cent) as a standard to describe the precision of the results. As shown in the table below, with the molecules listed in ascending order of CV% in results obtained on clean water, 33 molecules (almost half), show an average CV% below 30% which is quite satisfactory for organic compounds at these levels, in the range [40-200 ng/l]. 12 other molecules have a CV% between 30% and 40% and 11 others have a CV% even higher. Finally, it was not possible to estimate any assigned values, and consequently to calculate any CV% for 14 molecules, either due to very dispersed or too little results. This data should consider the number of results provided, as the lower the number of results, the more the dispersion can be affected by just one or two results.

The CV% met on wastewater are significantly higher, showing the difficulty faced with complex matrices. It is however, also related to a lower result quantity. Only eight molecules have a CV% lower than 30% on wastewater (ethynilestradiol, gemfibrozil, diclofenac, carbamazepine, bezafibrate, cyclophosphamide, 17-beta-estradiol and fenofibric acid) and 10 others have a CV% between 30% and 40% (cotinine, ofloxacine, diazepam, niflumic acid, clofibric acid, naproxen, ketoprofen, estrone roxithromycine and sotalol). It was not possible to estimate any assigned values for the further 30 molecules due to low result numbers. With exception to these issues related to result quantity, analytical issues are obviously faced for some molecules in wastewater regarding the diverse results sometimes obtained.

In addition to these means, it is possible for each molecule to plot the obtained CV% for each test against the concentration. This allows us to see if the performance is steady over the working range or if, on the contrary, it depends on the concentration. In the examples provided below, despite the limited number of rounds considered, the dispersion of the results expressed as CV% appears to increase slowly as concentration decreases for carbamazepine. Whereas for diclofenac, it is quite steady from 60 to 140 ng/l and then much higher for the two lower concentrations below 40 ng/l. This profile can indicate that these values are not very far above the limit of quantification of the participants.

Finally, information can also be obtained for the spiking performed in the preparation of the samples. The consensus value obtained in the test can be compared with the theoretical spiking value. Looking at the 20 most searched molecules (see Table 1), the molecules can be classified for clean water in the following categories:

•   Molecules that are found always, or with a single exception, within +/- 20% of the theoretical spiking value: carbamazepine, paracetamol, ketoprofen, Ibuprofen, bezafibrate, metronidazole, oxazepam, norethindrone-19, naproxen, and cyclophosphamide.

•   Molecules that are overall well recovered, with the exception of some initial testing for which no addition of thiosulfate was used for tap water: atenolol, sulfamethoxazole, diclofenac, sulfamethazine, trimethoprim, estrone, propranolol.

•   Molecules which are often found more than spiked: caffeine and, in a lesser extent, diazepam. This could be due to some overestimations but, especially for caffeine, more likely due to the presence of the molecule in the matrix prior to spiking.

Other molecules can also be mentioned based on less results: ciprofloxacine, gabapentine, erythromycin and zolpidem. These are usually found to be significantly lower than the spiking value, which is most probably related to a stability issue in the applied conditions. Lopamidol cannot even be found at all.

Concerning the type of water, it can be noticed that two molecules seem to not be found at all or only at a very low level, specifically just in wastewater: progesterone and paracetamol. Most of the results are expressed as a limit of quantification, however, consensus values are then met in clean water.

On the other hand, several molecules can be found in wastewater at a much more concentrated level than the spiking value, more than 1 µg/l for example. In some cases, it is likely due to the initial content in wastewater, like it is regularly seen for diclofenac, oxazepam, sotalol, tramadol or gabapentine. In other cases, it becomes difficult to say as higher and lower concentrations are both given, and some identification issues can occur. It can happen for example, with carbamazepine.

As some participants do not find certain molecules, some information about the limits of quantification of the participants are obtained. These limits can vary a lot, according to the molecules and the laboratories, a quantification limit of 1 ng/l or 2 µg/l (2000 times more) can sometimes be given. Considering the spiking range of about 40-200 ng/l, < 50 ng/l or < 100 ng/l are the limits that are most met in tests for clean water. However, most of the participants are still able to quantify below 50 ng/l, 20 ng/l at least.

The monitoring of drug residues in water is expanding and reaching a larger scale. The development of a dedicated proficiency testing scheme on a wide range of compounds, allows the participants to control their performance for the analysis of the molecules they determine in routine, and give them the opportunity to test some others. Despite several results that remain limited in many cases, the study of these proficiency testing results provides valuable information about the current state of art. From these we can discern the molecules that are most searched; the performance that can be met according to the level of concentration and the type of water; as well as the molecules that are well recovered and those which are not. Therefore, the monitoring of drug residues in regulations should contribute to extend the needs of such analyses.

1   ISO/IEC 17025:2017 – General requirements for the competence of testing and calibration laboratories.

4   Approval of the French Ministry of Environment: www.labeau.ecologie.gouv.fr/

5   International standard: ISO 13528:2015 – Statistical methods for use in proficiency testing by interlaboratory comparisons 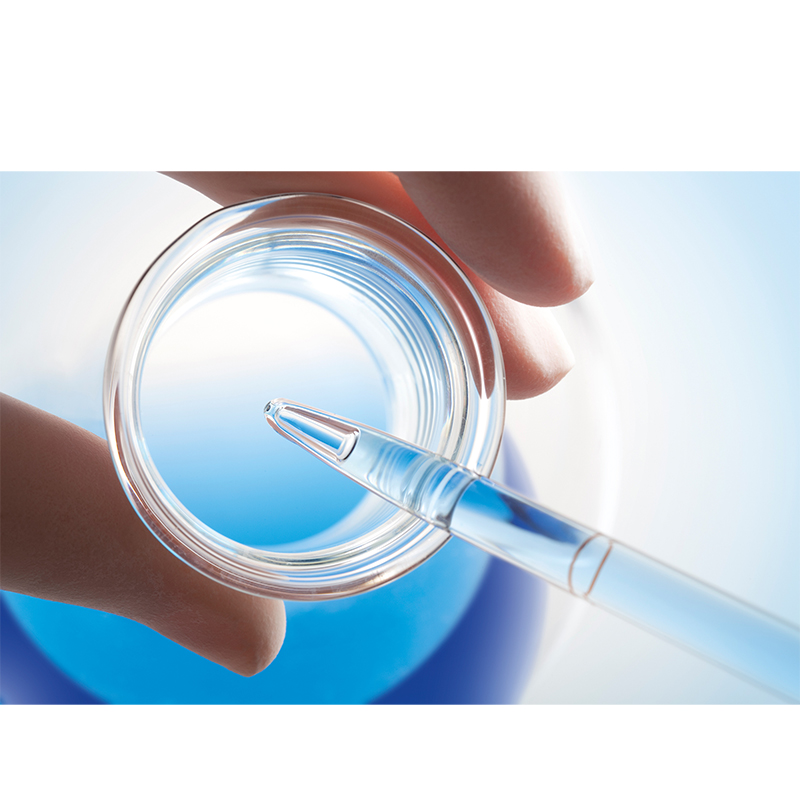