Entrepreneurs, scientists and students around the world are working hard to invent new technologies that will decrease the amount of emissions we put into the atmosphere, thus mitigating the damage caused by climate change. Critical to this effort is an appreciation of the true size of the challenge we face and an ability to measure the success of our efforts to mitigate climate change.

Greenhouse gas emissions in the atmosphere form a layer around the Earth, trapping heat and preventing it from escaping back into space, causing temperatures to rise. This is not a constant, steady increase, and seasonal fluctuations can be misinterpreted, belying the long term trend that is impacting average temperatures.

Up in the air

In the past, greenhouse gases such as CO 2 remained largely unaffected by human activities and were in line with the natural fluctuations we would expect to see. Then the industrial revolution began.

Immediately, carbon dioxide emissions from burning fossil fuels in factories and the use of powered machinery began to grow dramatically. Combined with the reduction of photosynthesising biomass through deforestation, this caused damage to the self-regulating mechanism that removes carbon dioxide from the atmosphere, leaving the environment vulnerable to significant harm.

Since then, the concentration of carbon dioxide in the atmosphere has continued to increase, reaching an all time high today of around 40%. Despite many governments being in agreement of the need to limit

As a result, our planet has never seen a higher concentration of carbon dioxide than it does now. Importantly, today’s carbon dioxide levels are reaching critical heights. Consistently hitting levels in excess of 400 parts per million (ppm), they are rapidly approaching 450 ppm – the threshold identified by climate scientists beyond which the effects of climate change would be irreversible. Unless this unprecedented increase is slowed down, climate models have shown that the balance between a highly complicated set of climate systems will be distorted – setting off a series of chain reactions with serious consequences.

Climate change increases the frequency and severity of extreme weather events such as intense rain and heat waves, which in turn increase the risk of dangerous flooding, droughts, and other direct threats to people and property. Heat waves can lead to heat stroke and dehydration, and are the most common cause of weather-related deaths. Changes in temperature, precipitation patterns and extreme events could enhance the spread of some diseases.

If no action against the increasing levels of carbon dioxide is taken, excessive heat is more likely to impact populations in northern latitudes where people are less prepared to cope with excessive temperatures. The worst effects are projected to occur in developing countries among vulnerable populations.

Similarly, nowhere is the climate challenge more pressing than in our cities. By 2050, more than 70% of the world’s population will live and work in urban areas. As well as heightening carbon dioxide emissions, this will put huge pressure on local ecosystems: from urban planning and transport to waste management and food supply.

Clearly we are facing a problem, a problem that we need to face up to. Any successful attempts to reverse the problem, as well as assessing the efficacy of our efforts, will only be possible once scientists are able to accurately gauge the true size of the challenge.

Keeling conducted his measurement in Hawaii, which provided a pollution free environment in the Pacific in 1958.

In Europe, the Mace Head measurement station on the west coast of Ireland provides an optimal environment for measuring carbon dioxide levels. Fresh unpolluted winds coming in from the Atlantic can be compared to the atmosphere when the wind is blowing in the other direction – from Europe. In this way the two measurements can be compared and we can get a sense of how much carbon dioxide is being emitted in Europe.

France-based Laboratoire des Sciences du Climat et de l’Environnement, through support from CNRS, CEA and OVSQ in France, leads one of the carbon dioxide measurement units at Mace Head. Other collaborators also use the site, including NUI Galway’s Centre for Climate and Air Pollution Studies (C-CAPS), the Irish Environmental Protection Agency, and the University of Bristol through the Department of Energy and Climate Change in the UK.

Mace Head has been one of the demonstration sites of the Integrated Observation System (ICOS) programme of long term greenhouse gas measurement in Europe since 2011.

Today, through stations like Mace Head and networks like ICOS, we are able to gauge current levels of carbon dioxide, which can be compared to the historical measurements taken by Keeling, and measurements much further back in time – such as measurements of the amount of carbon dioxide in air bubbles trapped in ice from hundreds of thousands of years ago.

Current data on urban and industrial greenhouse emissions, however, is not without flaws.

We know that a huge percentage of the world’s manmade carbon dioxide emissions can be attributed to large cities and their need for energy. After all, these are population hubs supported via high levels of industrial activity.

Cities like London, Berlin and Madrid calculate their carbon dioxide emissions, and sometimes other greenhouse gases, and record them in their city inventories. Inventories are calculated using a mix of real world measurements, such as the average carbon dioxide emissions from a petrol car driving one mile, as well as activity data such as the number of miles driven by petrol cars in the city.

As a result, accurate measurement and accounting of emissions from the transport sector alone is highly complex. On-road measurements can give snapshots of street level emissions, but these are difficult to scale to city-level. Activity data is also hard to collect. Manually counting buses and cars and doing surveys about travel behaviour are both ways of getting such data, but they can be time intensive and introduce error. As such, it is possible for us to investigate and identify the geographic areas that are responsible for producing large quantities of emissions, and in most cases to identify what might be done to mitigate those emissions.

In some areas, more accurate measurement is possible. Take, for example, industrial areas such as gas compressor sites on the transmission part of the gas grid. These can be measured accurately through the use of a mobile LiDAR facility, DIAL (Differential Absorption LiDAR), which can measure methane at up to 800m to 50 parts per billion.

Getting the word out

Even with means of measuring and monitoring greenhouse gas emissions, there still remains a challenge in communicating the data in the right way. Attempts at communicating emissions data tend to be perceived as being either too scientific or abstract, with few real world implications that the general public can relate to. Making the scientific measurement of how much carbon is currently in the air easily accessible and comprehensible to a wider non-scientific audience is of vital importance if we are to illustrate the scale of the issue we face and inspire action.

The work that is being conducted in the clean technology sector to drive down carbon emissions is truly important, and either has already or can have a significant impact in the fight against climate change. As we undertake these efforts, however, we need to understand our emissions levels so that the current state of the problem and how much impact we are having on mitigating it can be tracked.

To highlight current carbon dioxide levels in the atmosphere, how levels are still rising, and to emphasise the urgency needed to reduce harmful emissions, Climate-KIC has launched a new online carbon dioxide meter.

The online meter combines a live data feed drawing on European data, updated weekly to show the precise level of carbon dioxide in the earth’s atmosphere today, with comparison tools to show how carbon dioxide levels have changed over time. 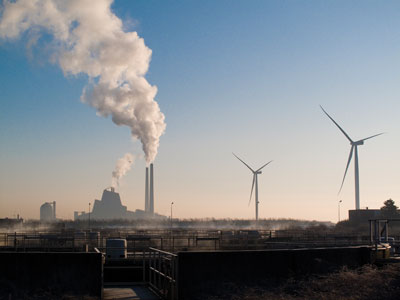 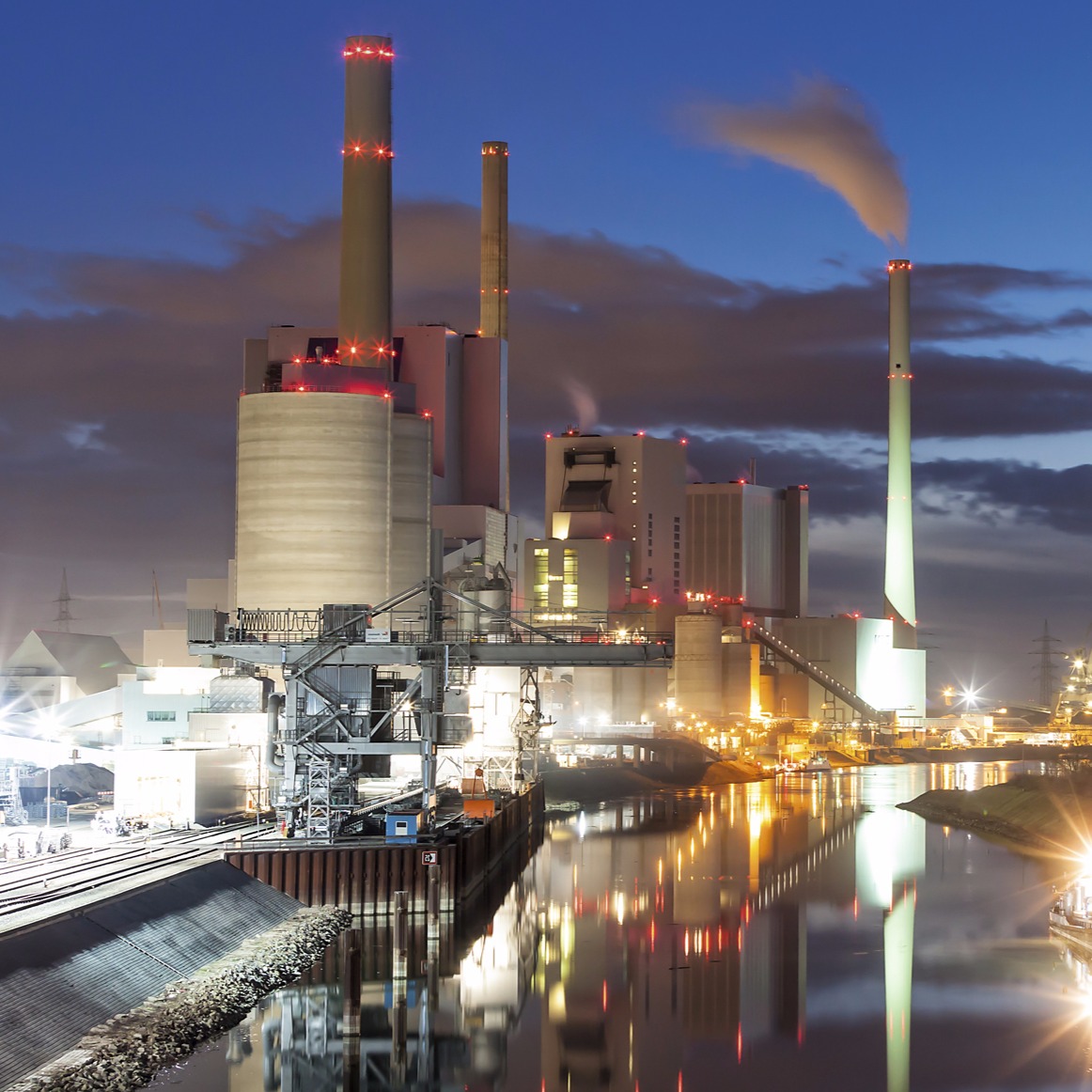 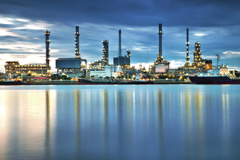