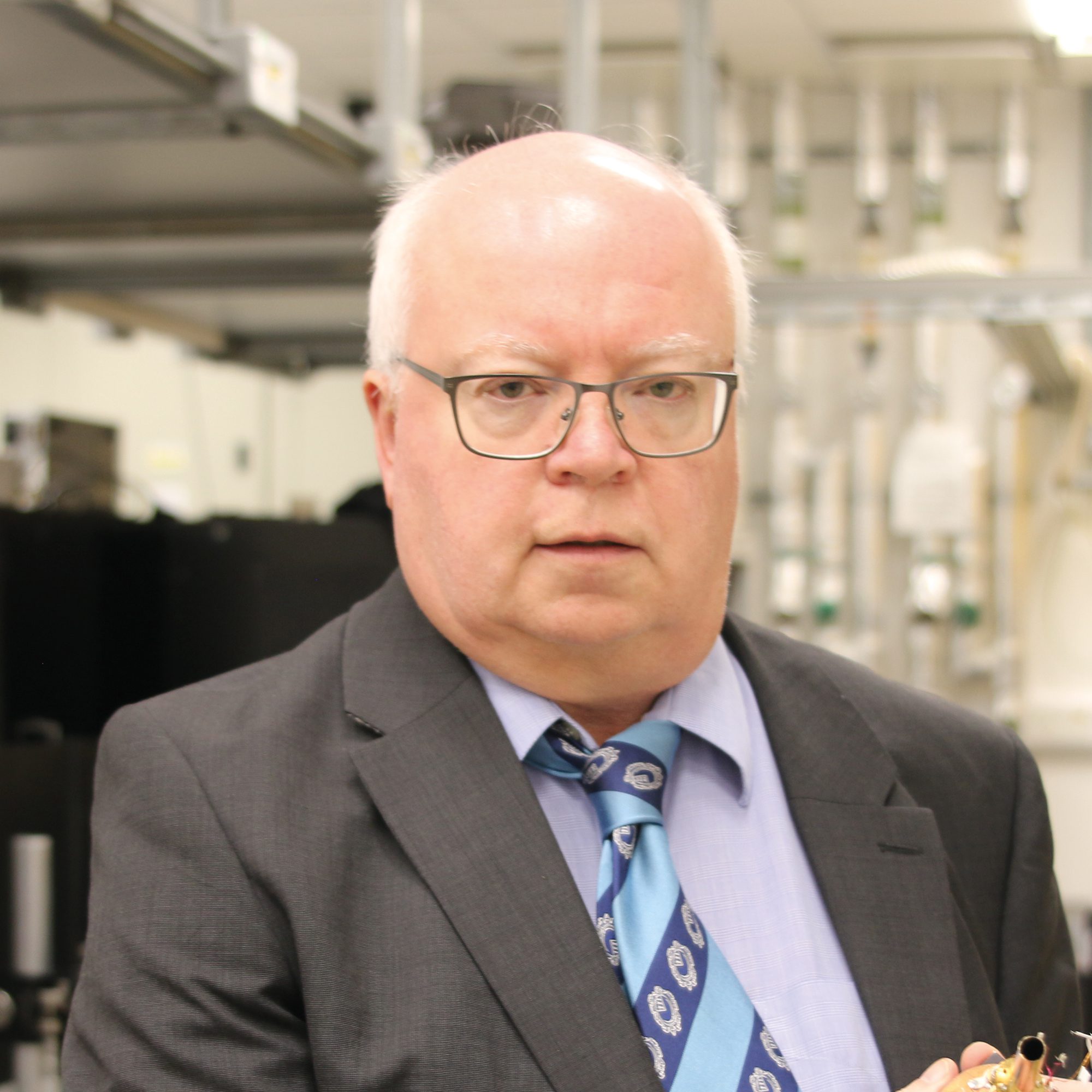 The last few years have proven the importance of listening to and being able to trust science, and as conversations around climate change amongst the general public through to governments and decisions makers continues to increase, it is vital that the information derived from measurement can be trusted.

20 years ago, the climate emergency was not as visible and not as important as it has become nowadays. However, as a result of the world waking up to the need to limit emissions and invest in climate resilience, domestic policy now commits the UK to achieve net zero emissions by 2050, and by 2045 in Scotland, and internationally, the Paris Agreement requires significant decarbonisation to keep average global temperature increases well below 2°C. We now have a limited time window for averting the potentially catastrophic consequences of anthropogenic climate change.

Therefore, as global leaders and climate experts gathered for COP26 last month, the world’s eyes were on the event and what the next steps would be to ensure a green recovery in the wake of the pandemic whilst tackling climate change.

“the past, present and future state of our climate is monitored and observed through satellite and in-situ instrument networks”

Whilst there are clear domestic targets set, and no doubt that the Earth’s climate is changing and near-global consensus that mankind is playing a major role, the timescale and nature of our impact remains uncertain. Assessments of climate change depend on data collected over decades so that small, often subtle, changes are reliably detected.

The past, present and future state of our climate is monitored and observed through satellite and in-situ instrument networks. The information these devices observe is then processed into data which is used to define essential climate variables (ECVs).

The global climate science community use ECVs to parameterise climate models designed originally for weather forecasting and optimised to analyse and be consistent with past climates and help predict how future climates may look. These models can help inform policy in governments, industry, NGOs and wider society, and allow us to better understand the impact of economic, industrial and societal actions.

As policies are created, these lead to changes in emissions (both reductions and increases) and changes in land use, such as through afforestation or deforestation and wetland destruction or preservation. These changes can further be observed to input back into integrated assessment models and utilised to assess policy impact, as well as assess any additional benefits that have occurred such as improved air quality. It is only through climate measurement referenced to robust benchmarks that we will know whether the actions are working.

However, the Intergovernmental Panel on Climate Change (IPCC) has highlighted the uncertainty in the ensemble of climate models, which forecast a range of potential further temperature rises of the Earth, from 0.5°C to 5°C by 2100. For policy-makers to accept and act upon the outputs with any degree of confidence, the input data and associated future test data to constrain them must be referenced to a traceable and internationally-accepted standard with the aim to produce a significantly narrower range in potential outcomes.

The ideal scenario for a climate observing system to obtain data of sufficient fidelity is to establish SI-traceability on-board the spacecraft so that satellite sensors can be regularly calibrated to a trustworthy reference standard. While it would be too costly and complex to introduce such capability to each individual satellite, it is possible to launch a small number of very well-calibrated SI-traceable satellites, which act as “NMIs in orbit” and then use those to calibrate other satellites from orbit http://calvalportal.ceos.org/report-and-actions.

The concept of an NMI-in-orbit satellite is now starting to become a reality. Incorporating technology initially conceived at NPL almost 20 years ago, the TRUTHS mission, led by the UK Space Agency (UKSA) and delivered by the European Space Agency (ESA), aims to enable in-flight calibration of Earth observation (EO) satellites.

The TRUTHS mission is unique in establishing high-accuracy, SI traceable data in-flight enabling a ‘calibration laboratory in space’. At the heart of the TRUTHS calibration capability is the Cryogenic Solar Absolute Radiometer (CSAR) which can mimic in space, the same calibration capability and associated measurement accuracy that is delivered using this type of technology on Earth.

TRUTHS will allow rigorous testing of model forecasts to support decision-making on climate adaption strategies. The mission will enable a ten fold improvement in accuracy of EO data, which will, in turn, drive a halving of the time required for climate scientists to make unequivocal determinations of changes to the earth’s temperature. The mission provides ‘benchmark’ measurements with uncertainties small enough that future change, from a background of natural variability, can be detected in as short a time as possible. In essence, this mission is a vital piece of the climate change monitoring puzzle that will support the climate action and target which global nations have negotiated and agreed at COP26.

Getting the Bigger Picture

In addition to establishing benchmark measurements of the Earth itself, the TRUTHS mission plans to establish a set of internationally-accepted SI-traceable reference targets, including the sun, moon and the earth’s deserts. These could be used to provide calibrations for EO data collected by other satellites. Such reference targets are highly stable, and many have been observed by previous satellites, so could be used to back-correct archived data.

As well as improving our understanding of the planet and the effectiveness of strategies to mitigate against climate change, it is expected that TRUTHS will help facilitate further growth in commercial services for Earth observation and climate data benefiting the UK economy. It will also help improve the quality and performance of the ‘new space’ satellites through reference calibration enabling their data to also be used for climate.

This metrology-focussed mission demonstrates the increasing recognition of how important metrology is to EO and climate and how meeting the goals needed for climate requires ambitious, innovative solutions and a strong partnership between all expertise of the community: academia, engineering and metrology. The mission is now entering the preliminary design phase which will lead to us defining the mission design, interfaces and technology solutions. This will eventually result in the ‘adoption’ of this mission.

Nigel Fox is an NPL Fellow in Optical Radiometry and Earth Observation. Nigel joined NPL from University College London in 1981 with a BSc in Astronomy and Physics. Since that time,

he has been responsible for the establishment and dissemination of primary optical radiation measurement scales and in particular pioneered the development of techniques such as laser, cryogenic and filter radiometry. These techniques led to an improvement of nearly two orders of magnitude in the accuracy of many radiometric measurements and have been widely adopted by the international metrology community, and also resulted in the award of a PhD from the University of London. Nigel has published more than 150 papers on a range of topics from primary optical radiation measurements through to climate monitoring, various book chapters and presented widely around the world though invited and other contributions and is a Fellow of the institute of physics.

Nigel became an NPL Fellow in 1997 and is currently the science lead for the Earth Observation, Climate and Optical group of NPL and Earth observation in general at NPL as a whole. He is the NPL/UK representative on international metrology committees related to optical radiation measurement such as BIPM Consultative committee on Radiometry and Photometry (CCPR), its corresponding Euramet Technical Committee and also represents those bodies as a liaison on relevant WMO committees. During his career, he has also managed the resources and personnel of a 20 person research group and been the coordinator of several large EU projects, lead of a variety of ESA projects as well as many other international collaborations spanning not only Europe but also Asia and the Americas.

Over the last two decades Nigel has expanded his and consequently his groups interests to include Earth Observation and associated climate change parameters, with a particular emphasis on satellite observations. This has led to further innovation in both pre-flight and post-launch calibration and validation techniques and has culminated in the design and leadership of a proposed satellite mission called TRUTHS. The novel mission concept provides fully SI traceable measurements from orbit at uncertainties a factor ten lower than any other, sufficient to make benchmark measurements suitable for the detection of decadal climate change and allows the upgrade in performance of existing satellite sensors. Nigel has championed ‘Earth observation metrology’ on behalf of the World’s metrology community representing the UK on the Working Group on Calibration and Validation (WGCV) of the international space agency committee, Committee on Earth Observation satellites (CEOS) and chair of its Infrared, Visible and Optical Sensors (IVOS) sub-group, since 2006. He is a visiting professor in the Meteorology Department of the University of Reading and provides expert advice on QA/Cal/Val to UK government, ESA and various other international organisations on topics related to earth observation and climate.