The term ‘carbon credit’ was coined in 19921 and it features in the utterances (‘Articles’) from the 1997 Kyoto Protocol. At the 2012 United Nations Climate Change Conference in Doha in Qatar the Kyoto Protocol was renewed with revision.

Countries having ratified Kyoto – and almost all countries have, an important exception being the USA which operates carbon offset without a Kyoto obligation – are each assigned an amount of CO2 which can be released into the atmosphere. If the country emits less than its assigned amount that engenders carbon credits which can be sold on to a country which is emitting more CO2 than its prescribed amount. Carbon credit trading is not only between countries but between organisations within a particular country. Article 17 of the Kyoto Protocol explicitly makes provision for carbon credits trading.

A carbon credit enables one tonne of carbon dioxide to be released into the atmosphere. As is widely practised in such calculations, the elemental composition of crude oil will be taken to approximate to CH2 giving a molar mass of 14g. That of CO2 is of course 44g. CO2 arising from the burning of one tonne of the oil = 1 × 44/14 tonnes = 3.14 tonnes. 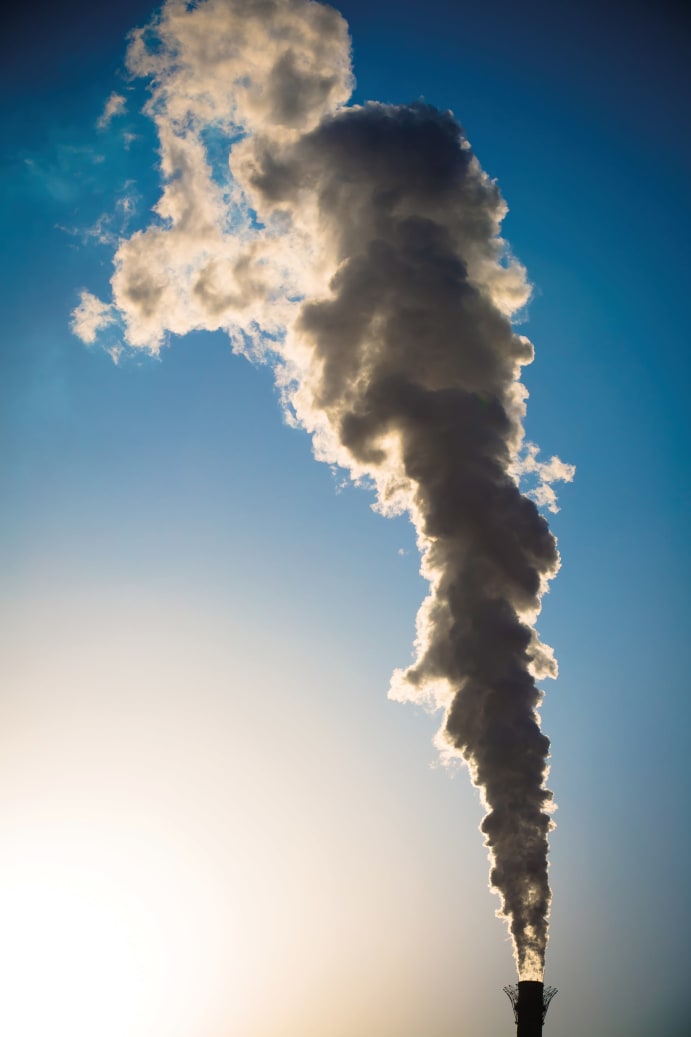 There were 6.3 billion tonnes of CO2 traded internationally in 20172 and the revenue was $US33.5 billion. The price of $5.60 per credit used in this article is consistent with that. The revenue increased by a much greater percentage over the year than the amount of CO2 did, indicating price variations. At the price of a carbon credit given in this paragraph, the total $16 billion tonnes has the value:

When viewing carbon credits for the burning of petroleum as a resource or as a reserve, that is their value. The total value would be much greater as it would factor in CO2 from natural gas and coal. The intention of the framers of Article 17 of the Kyoto Protocol was that although provision was made for trading, most of the credits would be used at the scenes and locations to which they were allocated.

In May 2018 the level of carbon in the atmosphere was 411 parts per million (ppm)3. The 2017 annual increase was 3.3ppm molar or volume basis4. That of course is CO2 having been released and having therefore been paid for in carbon credits. The number of carbon credits to which the annual rise of 3.3ppm corresponds will be calculated. From a simple calculation which a reader can easily find elsewhere (e.g.5), the total number of moles of gas in the atmosphere is 1.8 × 1020.

At $5.60 per tonne this would be worth $146 billion. The numbers fit together convincingly. The $146 billion is for total CO2 release – oil, gas and coal – whereas a sum of $US89 billion was calculated for the CO2 from oil only. Note that these conclusions are independent of the arbitrary choice of $5.60 per tonne for a carbon credit. The relative sums would have been the same if a different value had been chosen. The record low for the European benchmark price was €3 ($US3.50) per tonne6. That was in 2013. $146 billion would buy 1.9 billion barrels of oil at the OPEC price on the day of writing this. Perhaps more significantly, it would buy about 3,600 tonnes of gold. That is 25% higher than the gold holding of the International Monetary Fund7.

Ways in which carbon credits are generated

A carbon credit can be generated in a multitude of ways, some requiring more human activity than others. It has recently been pointed out8 that directing water at degraded peatlands can generate carbon credits in abundance, and one would expect that to be a straightforward procedure. By contrast when, as at Drax power station in West Yorkshire, UK, wood pellets are substituted for coal as a carbon mitigation measure, the pellets cost about $100 per tonne9. That makes them about twice as expensive as natural gas on a heat basis. Sometimes carbon credits are generated simply by not doing something, by ‘abstinence’, and the current heavy trend away from single-use plastic shopping bags is an obvious example of that. The world’s largest carbon capture and storage (CCS) operation is at Weyburn in Saskatchewan10, Canada, where construction costs were in excess of $ 1 billion11. There is colossally more to such CCS methods than to spraying water on to damaged peatlands, but a carbon credit from one and a carbon credit from the other are likely to enter the same market.

As is well known, when biomass is burnt the CO2 is simply being put back where it came from and the burning is carbon-neutral. If, however, avoidance of biomass burning is achieved, as it would be if the efficiency of wood burning in a particular application was increased, the amount of CO2 which the wood would have released on burning is not returned to the atmosphere at all. Circumstances therefore go beyond being carbon-neutral to being carbon-negative and that leads to carbon credits equivalently to carbon neutrality. Burning of fossil fuels is obviously carbon-positive, possibly a preferable term to ‘non carbon-neutral’.

Fairtrade Carbon Credits were endorsed by the 2015 UN Climate Change Conference in Paris12. One of earliest examples of their operation was in rural India13,14 where most domestic energy is generated by wood stoves. Many of these were old and inefficient and gave a poor energy return on the wood burned. To remedy this, 36,000 new and more reliable wood stoves were substituted for the elderly ones, and carbon credits accruing were paid into a fund until payback time for the stoves had been reached, which was after about five years. The fund administrators make the credits available to companies and organisations participating in the Fairtrade Carbon Credits scheme. Marks and Spencer are one such organisation. Any credits they need to supplement those they were allocated are bought as Fairtrade Carbon Credits, proceeds from which go to projects such as that described. Summaries of other Fairtrade Carbon Credits projects follow.

One such project is in Peru where there has been reforestation. Carbon credits for payment into the fund are seven per hectare per year15. A semi-quantitative analysis follows in the boxed area. 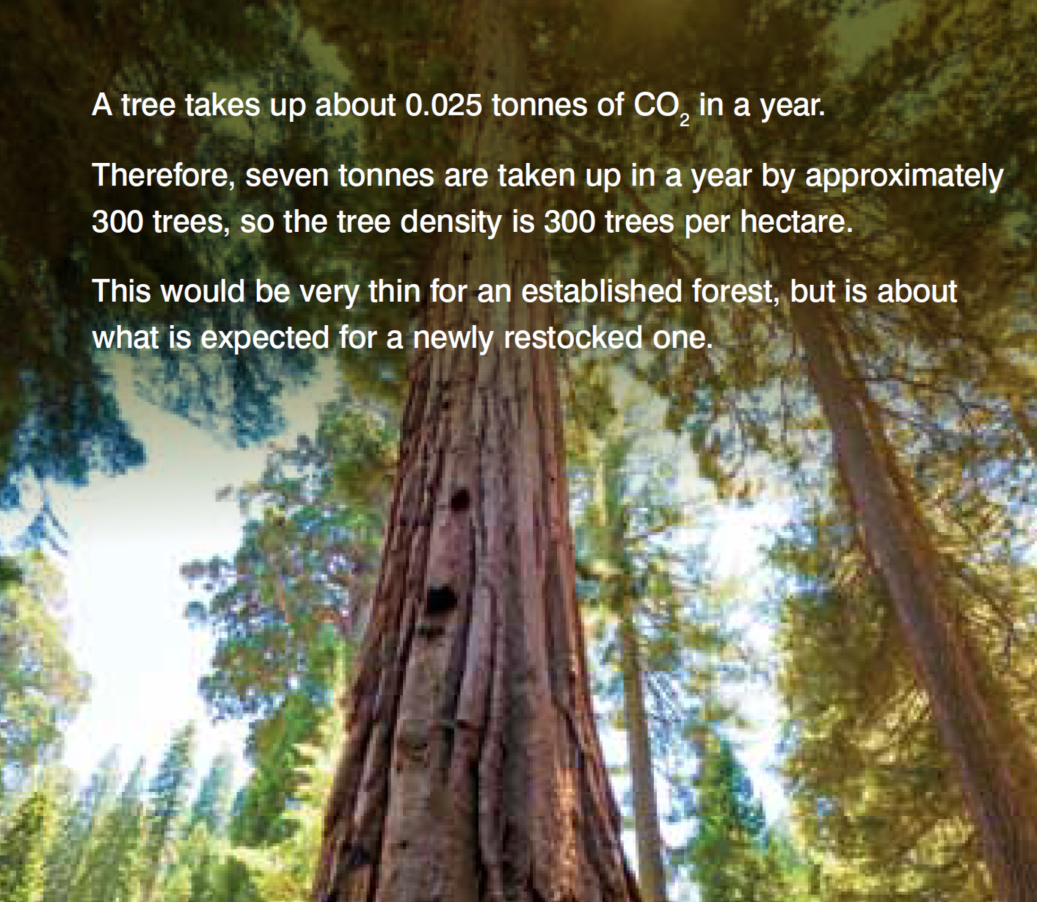 Also directed at rural India was an endeavour whereby kerosene for household use is replaced by biogas17. The carbon credits resulting, again sold as Fair Trade Carbon Credits, were 2.7 tonnes per installation per year. Again a simple calculation follows. 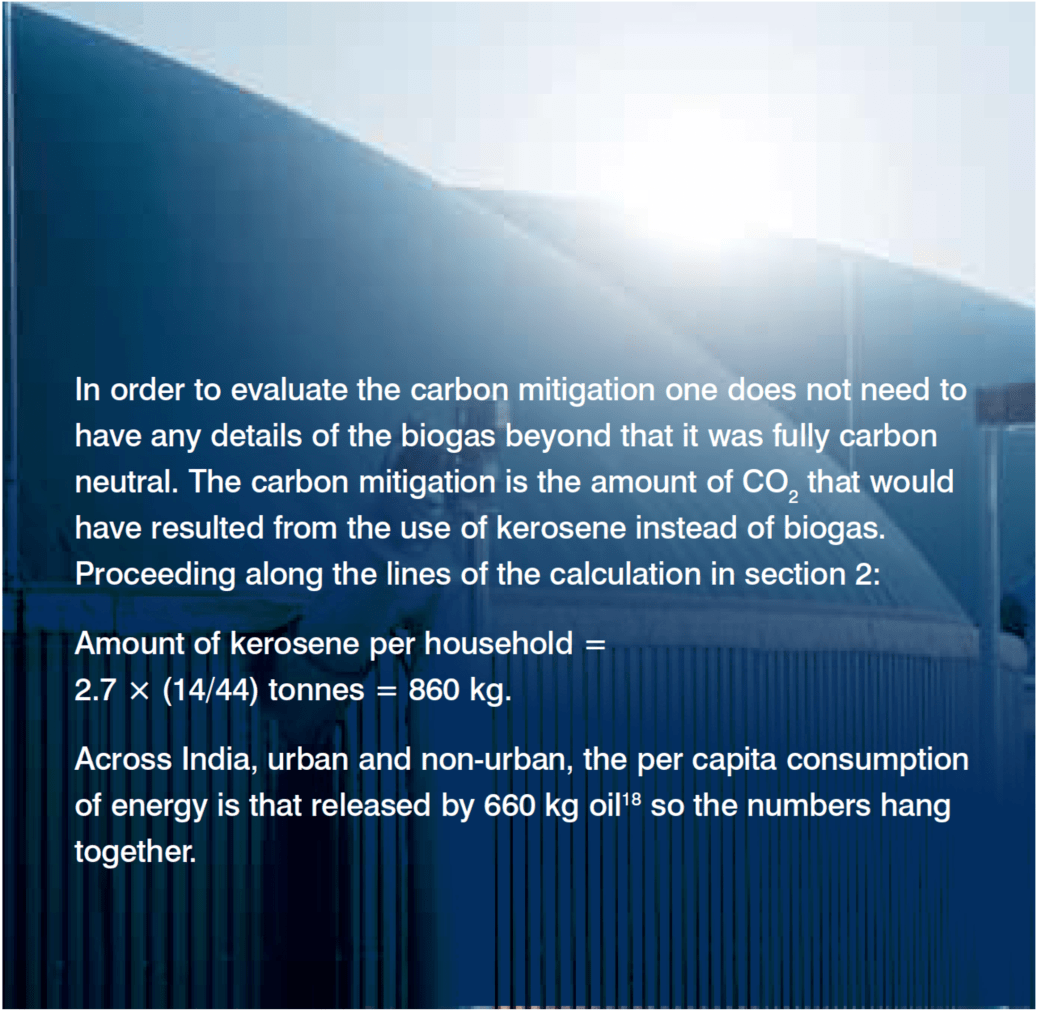 A further project generating Fair Trade Carbon Credits is in rural South Africa, where coal fires for cooking have been replaced by fires using only 50% coal, balance wood 19. In addition to the carbon benefits, this made for easier ignition of the fires and a more suitable flame for cooking. Yet another example is in Ethiopia 20 where, as in the case study in India previously discussed, more efficient wood stoves are supplied to homes and paid for with the carbon credits they result in. There are many such projects in poorer countries additional to those connected with the Fairtrade Carbon Credits scheme and they have the support of large companies, e.g. BP 21.

‘Carbon sink’ is the name given to a scene of carbon storage. Carbon so stored is prevented from becoming carbon dioxide in the atmosphere, and natural carbon sinks have an obvious role in carbon control. Forests are carbon sinks, as are the oceans and peatlands. In forests the storage is largely as cellulose and in peatlands as humic acids. Storage in the oceans is due to photosynthetic algae. Obviously the value of a carbon sink can be expressed in carbon credit terms. The peatlands of England contain an estimated 584 million tonnes of elemental carbon ≡ 21.4 billion tonnes of CO2 22. At the carbon credit price of $5.60 per tonne used previously in this article this would be worth $120 billion, sufficient to purchase 1.6 billion barrels of oil or 3,000 tonnes of gold. Perspectives like this will lead to interest in carbon sinks and in ensuring their continued performance.

The carbon dioxide level of the atmosphere currently is 411ppm and is rising at about 3ppm per year as previously stated. If that rate of rise continues the level will be almost 660ppm by the year 2100. A level of 500ppm by that year is sometimes talked of as the ‘concentration goal for 2010’23.

By calculations like those expressed previously in this article, it is readily shown that the rise from 411 ppm to 500 ppm will involve release of 0.7 trillion tonnes of CO2 requiring credits worth $4 trillion at the value of the carbon credit previously used. The amount of gold which hypothetically that would purchase is almost twice the quantity in the known gold mines of the world awaiting extraction, according to information given on the web pages of the World Gold Council24. It would purchase enough oil to supply the whole world for over 18 months at the current rate of consumption. From this illustrative calculation a reader will be able to heighten his or her awareness that carbon credits are going to loom large throughout the 21st Century. 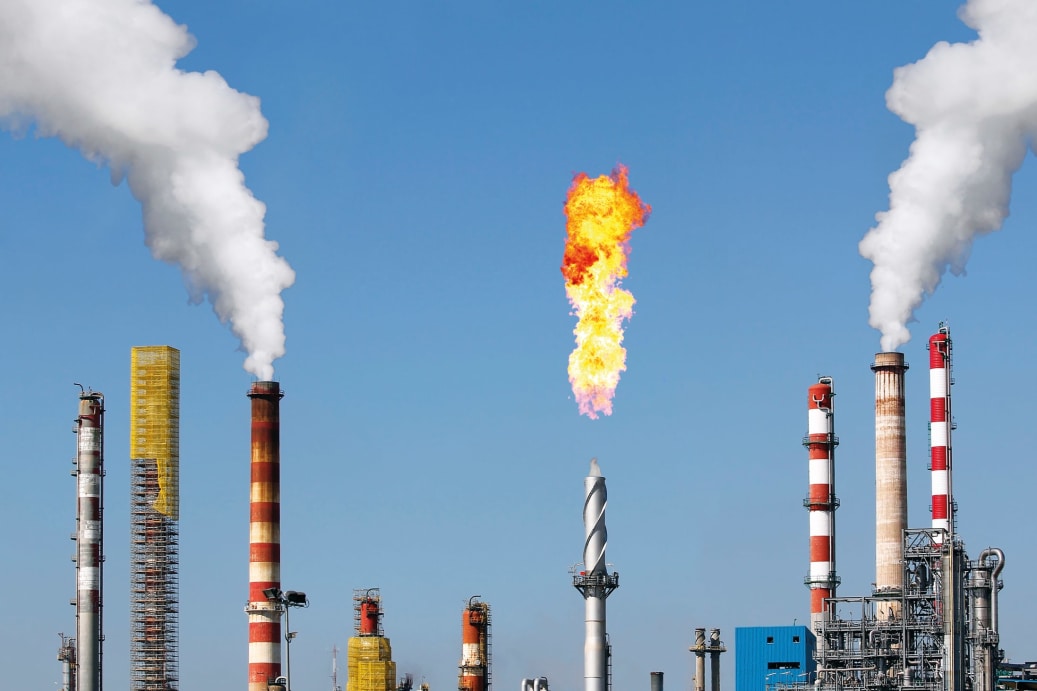 A graduate of the University of Leeds, Clifford Jones worked in Australia 1978-1995, before going on to work at the University of Aberdeen. After a short time lecturing in the Former Soviet Union he went to the Gippsland Campus of Federation University Australia as an Adjunct Professor. In addition to being a Fellow of the RACI he has equivalent membership of its UK counterpart the Royal Society of Chemistry. 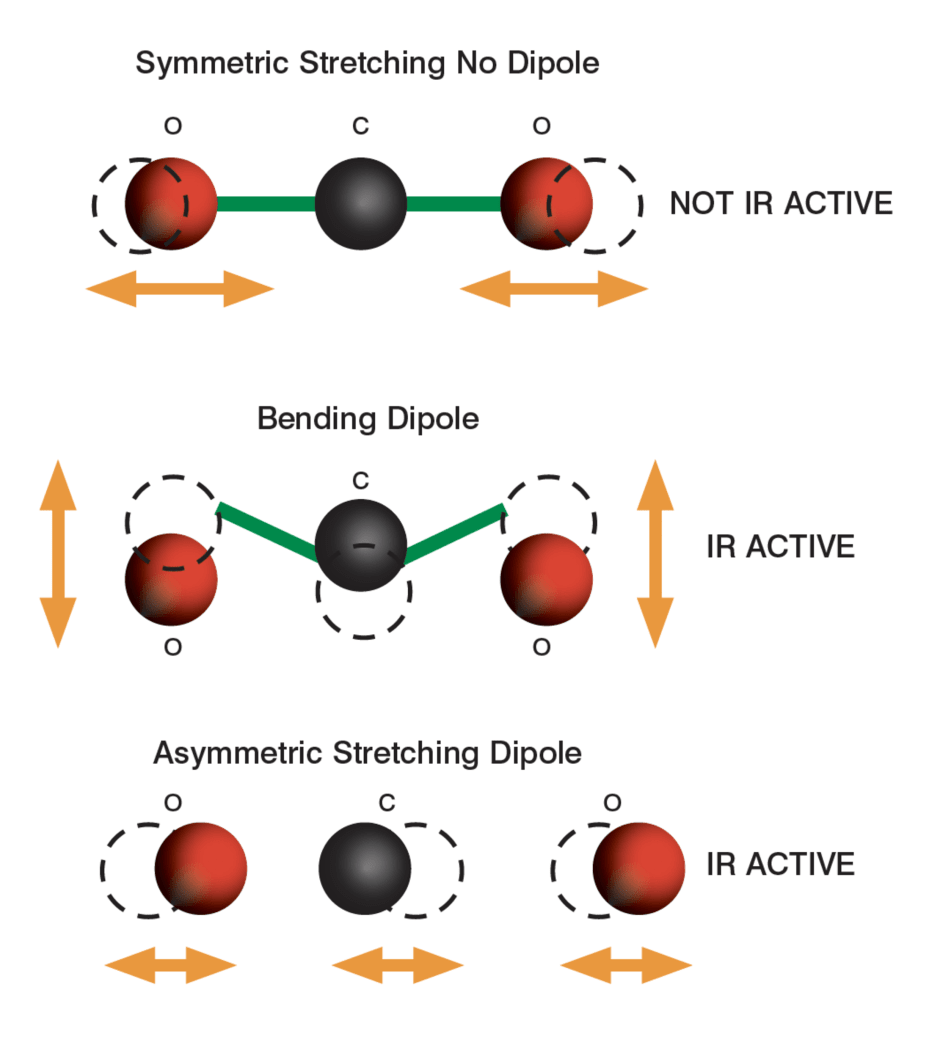 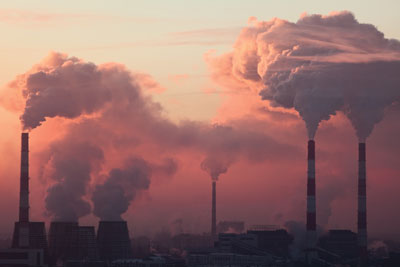