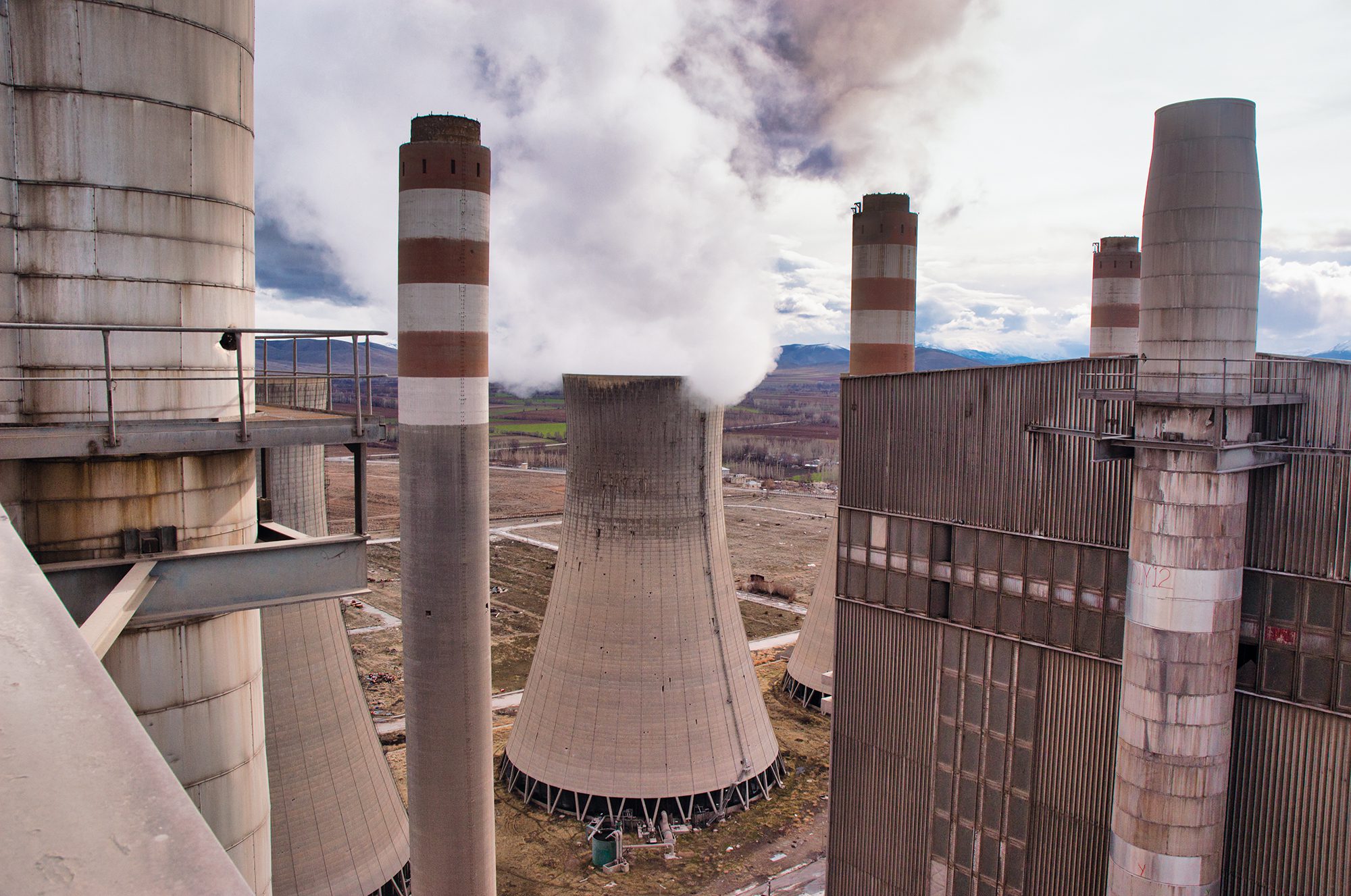 This chapter reviews the status of emissions of key air pollutants regulated in the European Union (EU) and assesses emissions trends over the period 2005 to 2019. The main economic sectors that contributed to total emissions in 2019 are identified for key pollutants, while reductions in emissions over the period 2005 to 2019 are set against developments in Gross Domestic Product (GDP). It also includes an assessment of the relationship between emissions of key air pollutants and their concentrations in ambient air.

In the EU, emissions of air pollutants are regulated under the National Emissions reduction Commitments Directive (Directive (EU) 2016/2284) the NEC Directive. Emission ceilings for 2010 to 2019 were previously established for four key air pollutants: nitrogen oxides (NOx), non-methane volatile organic compounds (NMVOCs), sulphur dioxide (SO2) and ammonia (NH3). These ceilings remained applicable until the end of 2019. New emissions reduction commitments now apply for the period 2020-2029, and more stringent commitments apply for 2030 onwards. The scope was extended to include fine particulate matter (PM2.5), a pollutant that significantly impacts health. Under the NEC Directive, Member States have reported annual emissions inventory information from 1990 – or in the case of PM2.5 from 2000. The most recent data were reported for 2019. The EEA produces annual briefings on the reporting status under the NEC Directive, assessing EU progress towards these policy targets.

At pan-European level, emissions to air are regulated under the United Nations Economic Commission for Europe (UNECE) Convention on Long-range Transboundary Air Pollution (Air Convention). Under the Air Convention, the Gothenburg Protocol sets emission ceilings for NOx, NMVOCs, sulphur oxides (SOx) and NH3. Parties to the Air Convention must reduce their emissions to the levels set out in the protocol and report emission data for numerous air pollutants. The EEA compiles the annual EU emission inventory report under the Air Convention, in cooperation with the EU Member States and the European Commission. The Gothenburg Protocol formed the basis for the EU NEC Directive for the period 2020-29.

Key secondary air pollutants are PM, ozone (O3), NO2 and several oxidised volatile organic compounds (VOCs). Key precursor gases for secondary PM are SO2, NOx, NH3, and VOCs. Ground-level ozone is formed from chemical reactions in the presence of sunlight, following emissions of precursor gases, mainly NOx, NMVOCs, CO and CH4. These precursors can be of both natural and anthropogenic origin.

Emissions of PM10 and PM2.5 fell by 27% and 29% respectively over the period from 2005 to 2019. Notably, the lowest reduction in emissions (-8%) in this period is seen for NH3, an important precursor gas contributing to the formation of secondary particulate matter. While emissions of NH3 fell by 2% from 2018 to 2019, this followed a period of increasing emissions from 2015 to 2018. Emissions of CH4 also declined by only 17%, with CH4 being an important greenhouse gas driving climate change as well as an important O3 precursor. The principal source of both NH3 and CH4 is the agricultural sector.

In contrast, emissions of SO2 fell significantly from 2005, with a decrease of 76%. Major reductions were also seen for BC and NOx, with falls of 43% and 36% respectively.

The EEA briefing on the EU reporting status against National Emissions reduction Commitments Directive presents progress towards reducing emissions of key air pollutants regulated under EU legislation both at EU and Member State level. Looking forward, further action is required by all Member States if they are to meet future emission reduction commitments under the NEC Directive.

During the period 2005-2019, emissions showed a significant absolute decoupling from economic activity, which is desirable for both environmental protection and productivity gains. Absolute decoupling implies that a variable remains stable or decreases, while the growth rate of the economic driving force increases. Both Figures 1 and 2 show a reduction in EU-27 air pollutant emissions and an increase in EU-27 GDP. This implies that there are fewer emissions of key air pollutants for each unit of GDP produced per year. The greatest decoupling is seen for SO2, followed by NOx, BC, CO, NMVOCs and certain metals (nickel, arsenic lead, mercury). A decoupling of emissions from economic activity may be due to a combination of factors, such as increased regulation and policy implementation, fuel switching, technological improvements and improvements in energy or process efficiencies. The increase in the EU’s consumption of goods produced outside the EU also plays a role in the economic activity and emission trends.

Main Sources of Air Pollutants in 2019

The economic sectors that are the upstream sources of air emissions vary by pollutant. Figure 3 shows the contribution of the main source sectors to EU-27 emissions of key air pollutants in 2019.

Figure 4 shows the contribution of the main source sectors to EU-27 emissions of heavy metals and BaP in 2019.

“over the last two decades, a significant improvement in air quality has been seen across Europe”

Relationship Between Emissions and Concentrations of Key Air Pollutants

The assessment of the relationship between the estimated emissions of key air pollutants and their concentrations in ambient air, as measured at air quality monitoring stations, covers the EU-27 as well as Iceland, North Macedonia, Norway, Switzerland and the United Kingdom. Over the last two decades, a significant improvement in air quality has been seen across Europe. For the period 2005-2019, average concentrations of key pollutants in urban areas fell by:

For NO2, from 2005 to 2019, annual mean concentrations at background stations fell by 30%, while emissions of NOx (a mixture of NO2 and nitrogen monoxide (NO)) declined more significantly (-45%) (ETC/ATNI, forthcoming). The difference may be linked to uncertainties in the emission estimates reported by countries, as well as possible relative increases in the amount of NO2 formed as a result of the reaction between the NO component of NOx and O3 an increase that may be caused by the changing ratios over time of precursor pollutants in emissions from certain sources.

Ground-level O3 is formed from chemical reactions in the presence of sunlight, following emissions of precursor gases, mainly NOx, NMVOCs, CO and CH4. As mentioned above, long-term average concentrations of O3 increased slightly from 2005 to 2019, with the highest increases seen at traffic monitoring stations in urban areas. Trends in emissions of precursors drives the trend in long-term concentrations of O3 across all countries (ETC/ATNI, 2020). 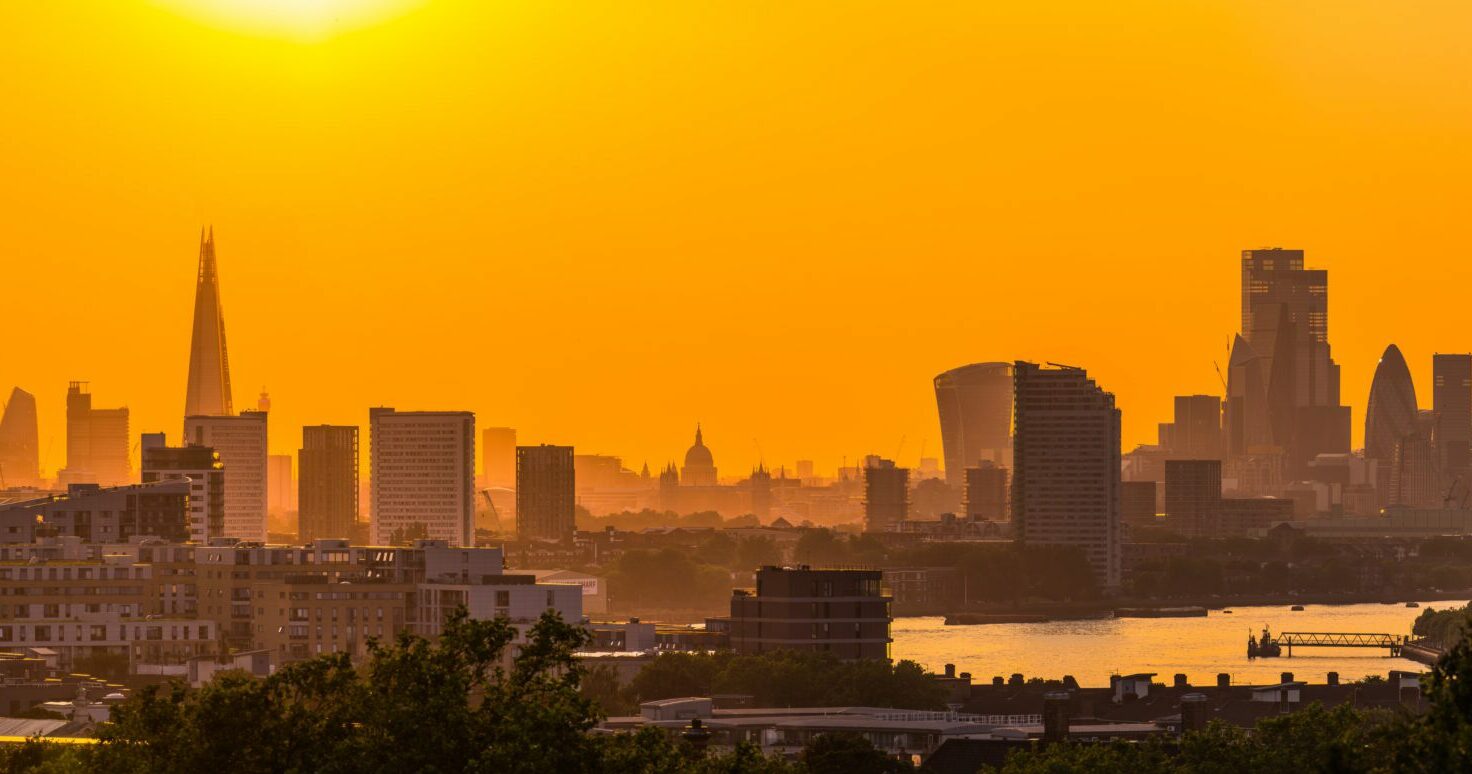 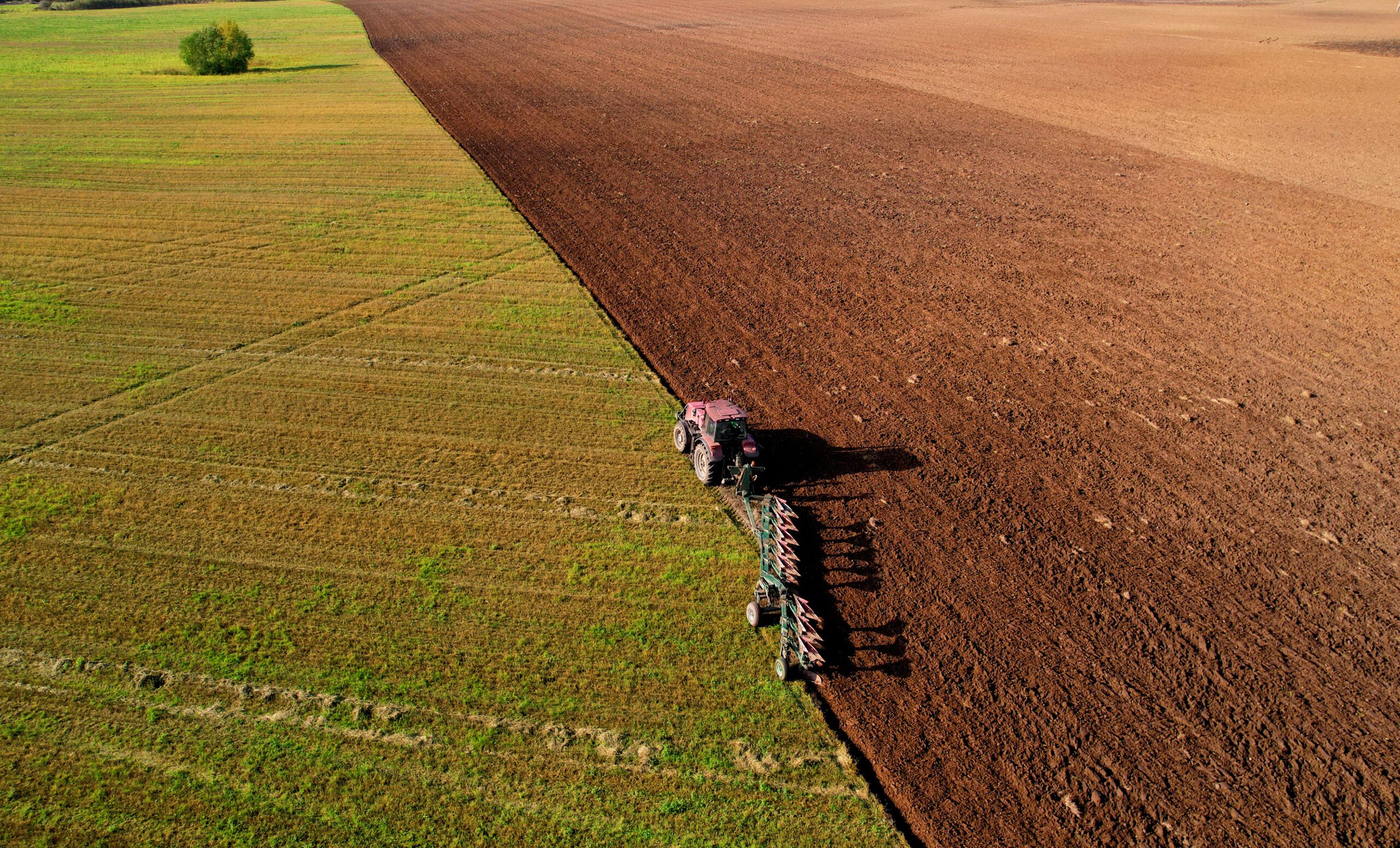 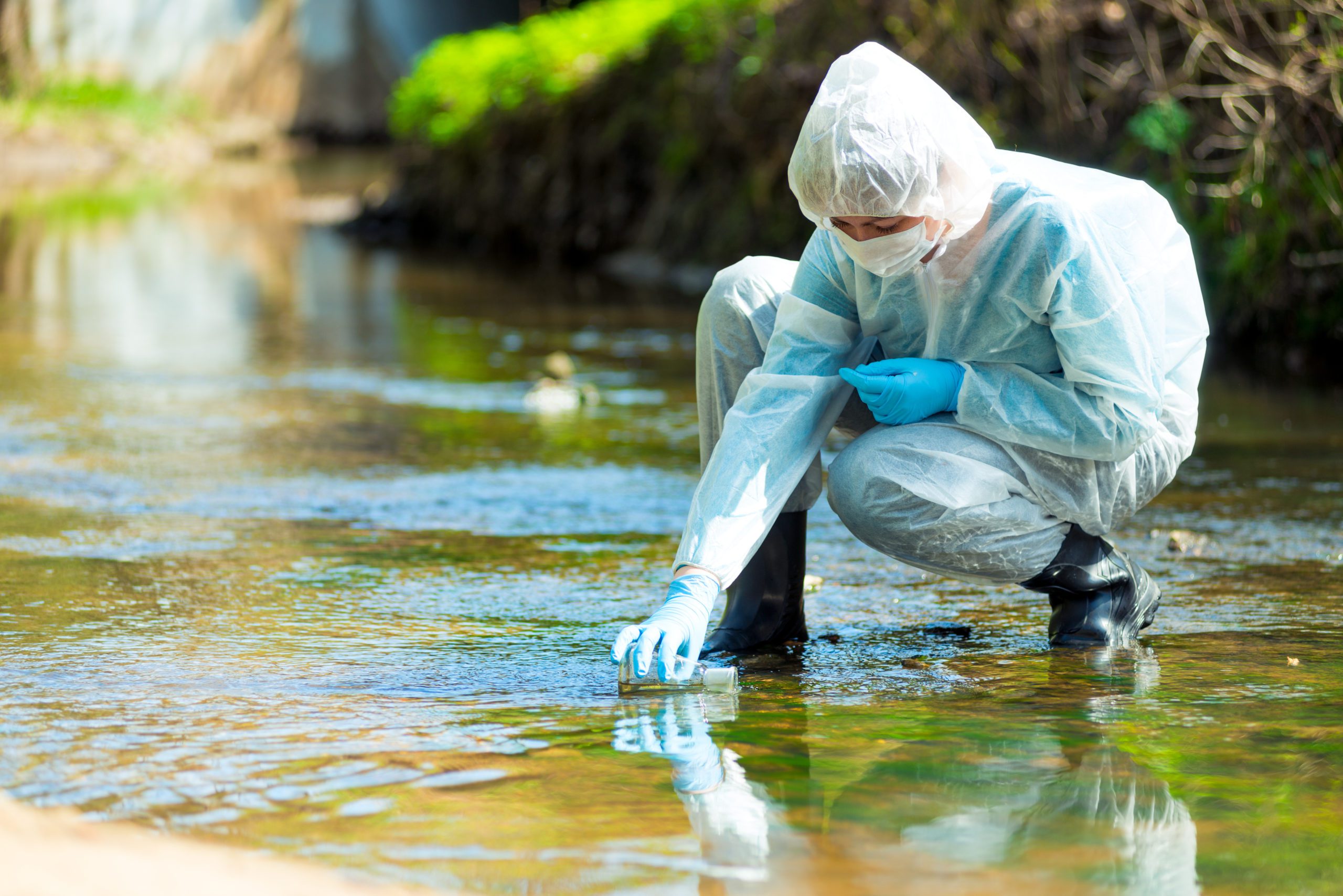 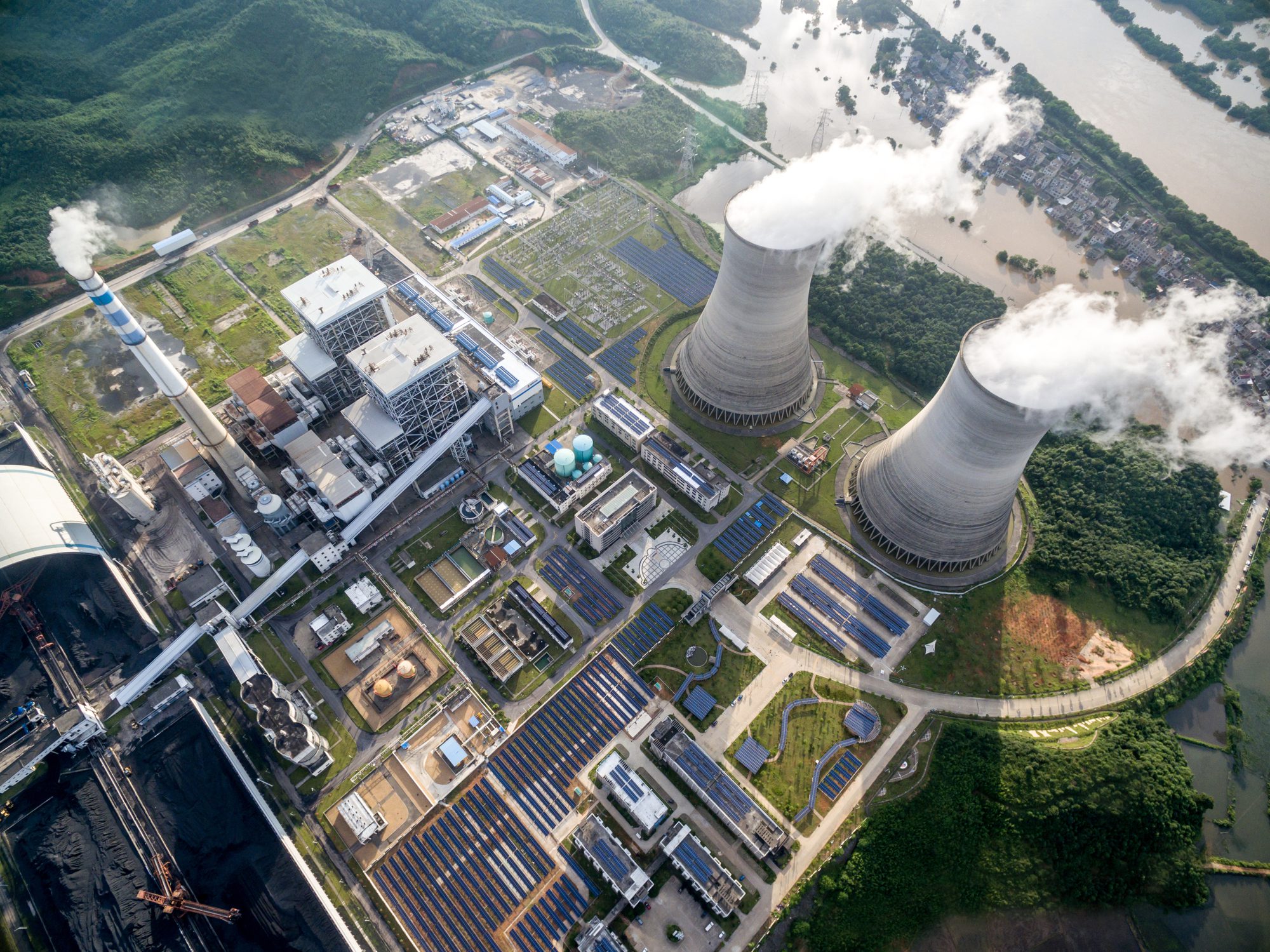