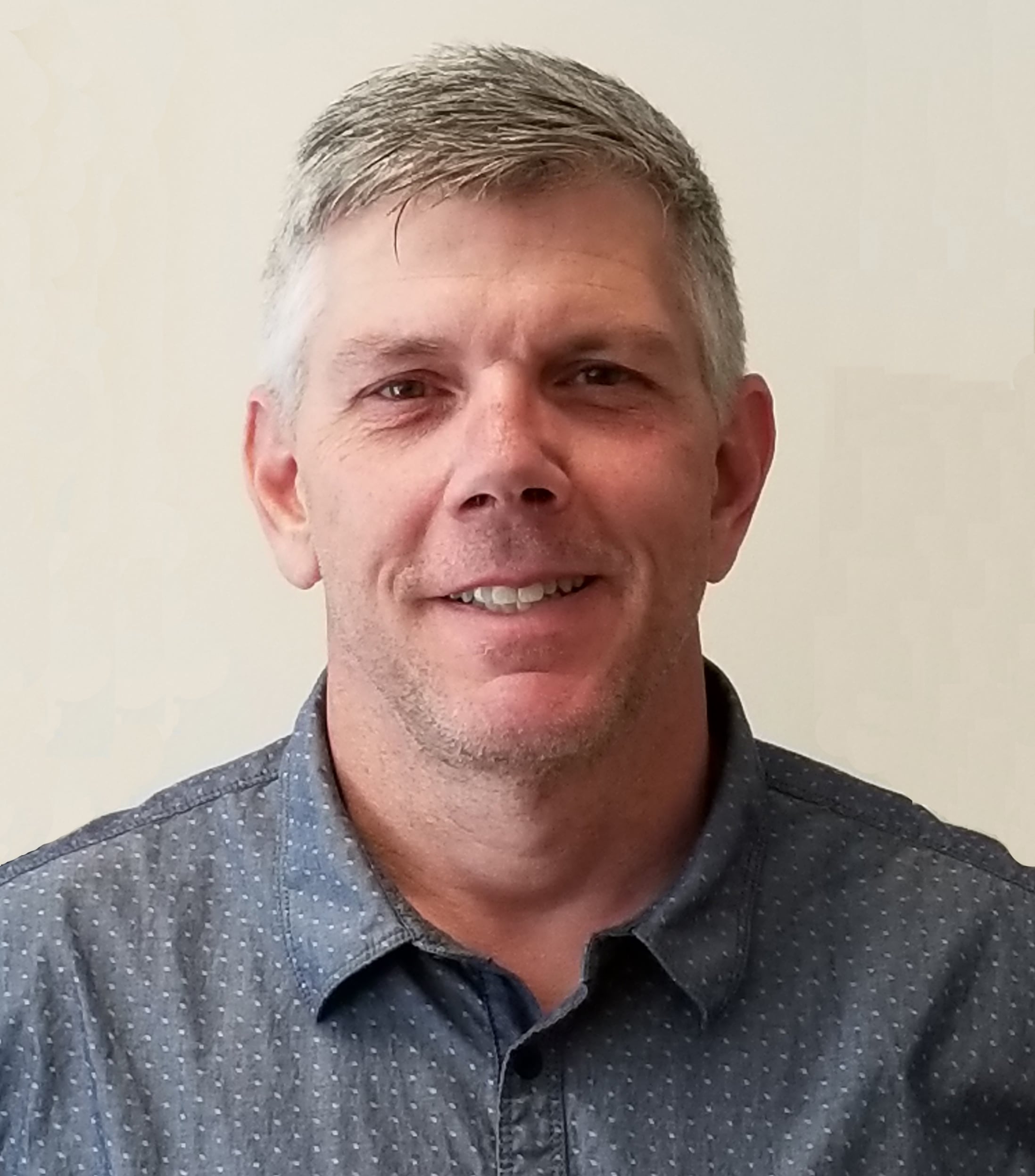 For many years, the environmental industry has relied on decades-old technologies for characterisation of contaminated sites. Assessment and clean-up efforts have been criticised for their high cost, lengthy duration, and the overall poor quality of the data used to make decisions. Also, many clean-up efforts do not perform as expected; going over budget and extending well beyond projected timeframes because of a poor understanding of the fate and transport of the contaminants and the subsurface hydraulic system.

In recent years, our team has implemented several new high tech screening tools capable of providing real-time data to determine the presence and concentration of petroleum hydrocarbons and other contaminants, and the hydraulic properties of the subsurface. Advanced software solutions have been developed in tandem to synthesise and present the data. Some of these new tools include laser induced fluorescence (LIF) and membrane interface probe (MIP) instrumentation, 3-D visualisation tools, and vertical hydraulic profiling instrumentation. These tools provide real-time data on a much finer vertical scale than a typical soil boring or monitoring well. Typically, 75 percent or more of the mass of a contaminant plume occurs across just five to ten percent of the total cross-sectional area of the plume. Small changes in subsurface lithologies and hydraulic properties can have a dramatic effect on where and how contaminants migrate through the subsurface. A better understanding of exactly where the contaminant mass is concentrated provides an opportunity for surgically-focused remedial designs that maximise cost-effectiveness and result in more complete clean-ups.

To harness these technological advancements and improve the quality of data, our team overhauled its approach to characterising contaminated sites. Formerly, static sampling and analysis programmes were used to pre-determine the number and location of samples, and which laboratory analyses would be conducted on them. Now, a flexible, dynamic approach is used, which allows the field geologist to make real-time decisions on when and where to collect samples. This approach relies upon the initial development and continual adaptation of a conceptual site model (CSM). The CSM is a written and/or illustrative representation of the physical, chemical, and biological processes that control the transport, migration of contamination (in soil, air, ground water, surface water and/or sediments). As we gather new information, the CSM is refined to reflect our comprehensive understanding of the site. 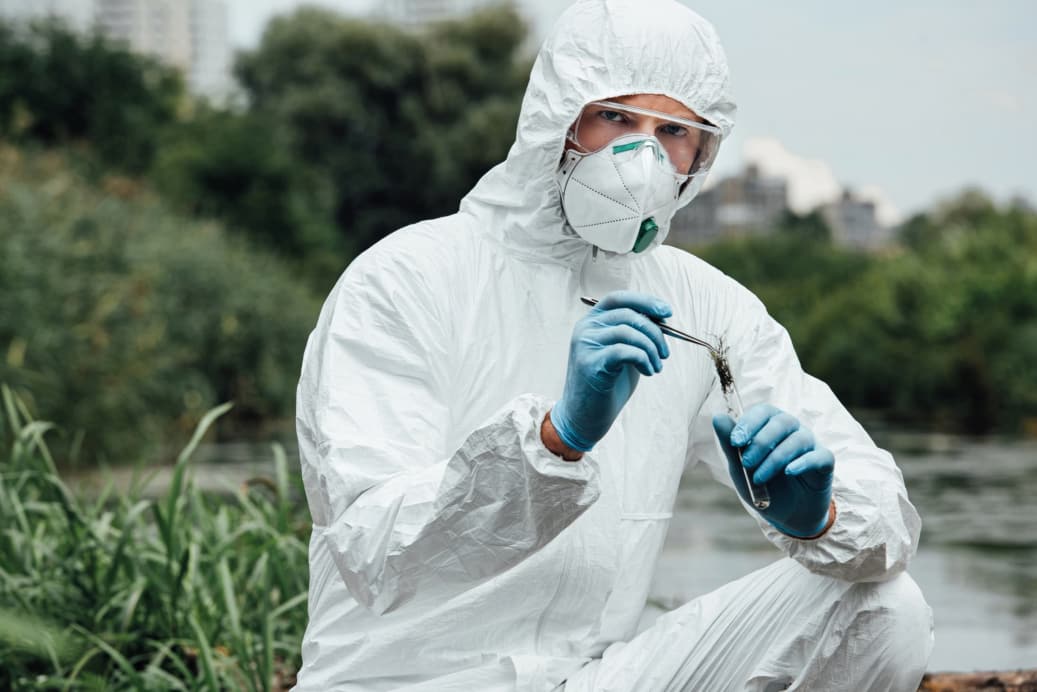 “a flexible, dynamic approach is used, which allows the field geologist to make real-time decisions on when and where to collect samples”

The new approach has shown the following advantages for contaminated land stakeholders over the traditional approach:

“with the possibility of logging as much as 100 metres in a day, the tool can rapidly collect data at multiple locations allowing for a detailed CSM with a 3-dimensional understanding of the NAPL distribution” 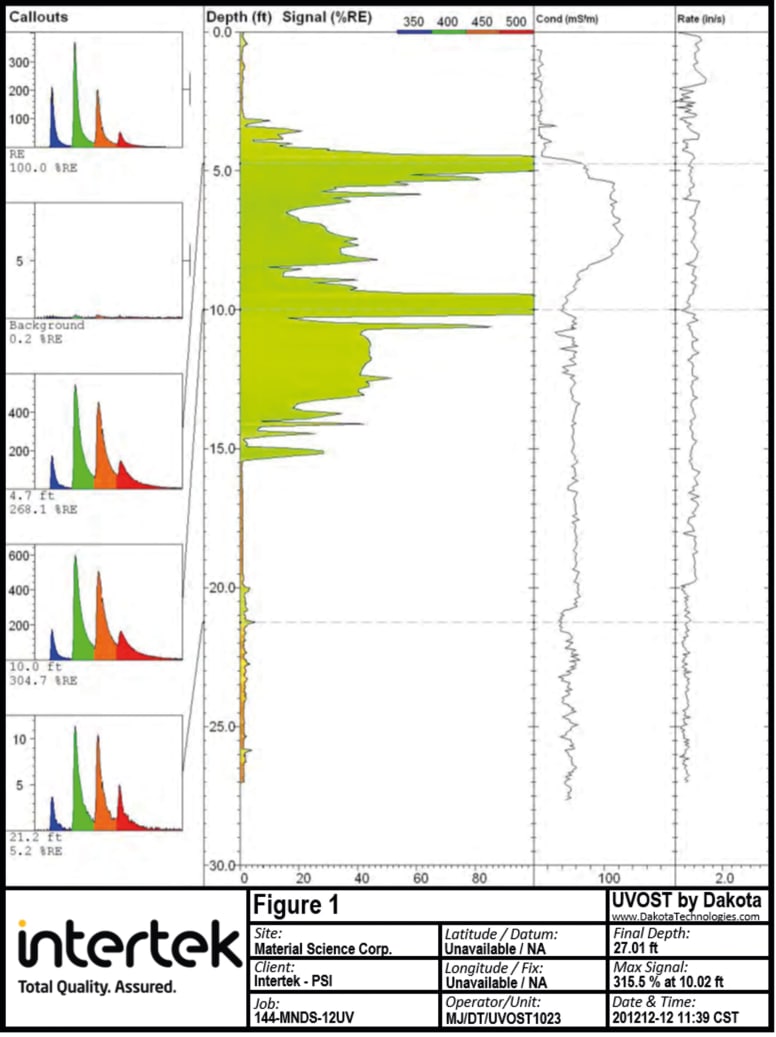 LIF technology relies upon the properties of polynuclear aromatic hydrocarbons (PAHs) that fluoresce under laser light. PAHs are present in the vast majority of petroleum fuels/oils, coal tars, and creosotes. When non-aqueous phase liquid (NAPL) oils are present in the soil, the intensity of the fluorescence under laser light can be measured to determine the oil saturation in the soil. A laser light source and sensor are mounted in a probe head attached to a direct push percussion probe, and electroconductivity (EC) sensors are also mounted in the probe head. As the probe head advances, oil saturation (%) and EC readings are collected every few millimetres. Oil saturation can be measured both above and below the water table. EC readings are utilised to determine the soil type, as finer grained soils have higher conductivity than coarse grained soils. With the possibility of logging as much as 100 metres in a day, the tool can rapidly collect data at multiple locations allowing for a detailed CSM with a 3-dimensional understanding of the NAPL distribution.

Figure 1 shows an example LIF/EC log. A monitoring well installed at this location indicated the presence of a 0.5-metre NAPL layer floating on the water table. However, the LIF log indicated that NAPLs were trapped well below the water table in finer grained sediments and that the level of oil saturation varied considerably across the range.

“a monitoring well installed at this location indicated the presence of a 0.5-metre NAPL layer floating on the water table. However, the LIF log indicated that NAPLs were trapped well below the water table in finer grained sediments”

The MIP is deployed in a similar manner as the LIF probe, but is utilised to detect volatile organic compounds (VOCs) such as benzene, toluene, ethylbenzene, and xylenes (BTEX), as well as chlorinated solvents such as perchloroethylene (PCE) and trichloroethylene (TCE). The MIP technology utilises a thin film polymer membrane with a heater block mounted in the probe head. As the membrane is heated, VOCs in the soil or groundwater are volatilised and diffuse through the permeable membrane. A carrier gas is circulated through the probe head, VOCs diffuse into the carrier gas, and the VOC-laden gas is returned to the surface and routed through a series of detectors, which typically include a photoionisation detector (PID), a flame ionisation detector (FID), and the halogen specific detector (XSD). Each of these sensors is sensitive to a particular class of VOCs. 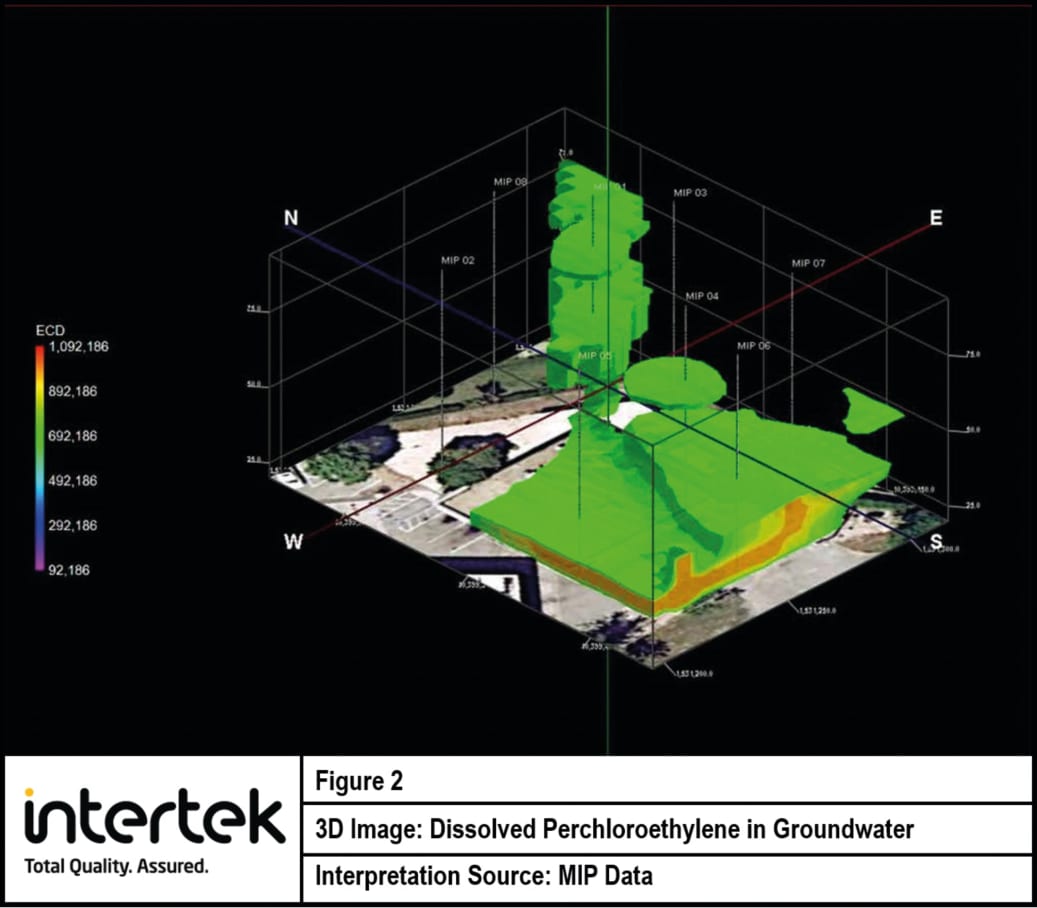 Figure 2 shows a 3-dimensional model of dissolved chlorinated solvents at a hazardous waste disposal site. The model can be rotated to evaluate the subsurface impacts from any angle.

Flexible Liner Underground Technologies, LLC (FLUTe) offers numerous configurations of their liner system, which are useful for both free phase and dissolved contaminant detection, as well as for profiling of aquifer characteristics. The FLUTe liner is essentially a high strength, urethanecoated fabric “sock” which is everted into an open borehole. As the liner is lowered into the borehole, water is pumped into the sock, pressing the liner against the borehole wall as the liner is gradually inverted into the hole. To detect the presence of NAPL, the liner can also be outfitted with a hydrophobic, dye-impregnated cover, which presses against the borehole wall from the interior liner pressure. Any NAPL in the formation is wicked into the cover. The cover is impregnated with a dye that dissolves on contact with NAPL, creating a “stain” on the liner. The liner is subsequently removed from the borehole and can be inspected for the presence of discrete NAPL zones.

The liner is also useful for determining the hydraulic properties of the formation as it is lowered into the borehole. As the liner is installed, a constant head pressure is maintained on the inside of the liner by adding water to the sock. The water in the borehole is forced into the formation through pores, fractures, solution cavities, or other flow paths. The rate at which the liner is lowered is controlled by the rate at which water can flow from the hole into the formation. As the liner is lowered it covers the flow paths sequentially. When that occurs, the transmissivity of the hole beneath the liner is decreased and the total flow rate out of the hole is reduced, causing a reduction in the liner descent rate. For example, a sudden drop in the liner descent rate indicates that a high-permeability flow path has been covered by the liner. Logging of the descent rate versus depth is useful in identifying important flow paths – which may also be important in the flow and transport of contaminants. 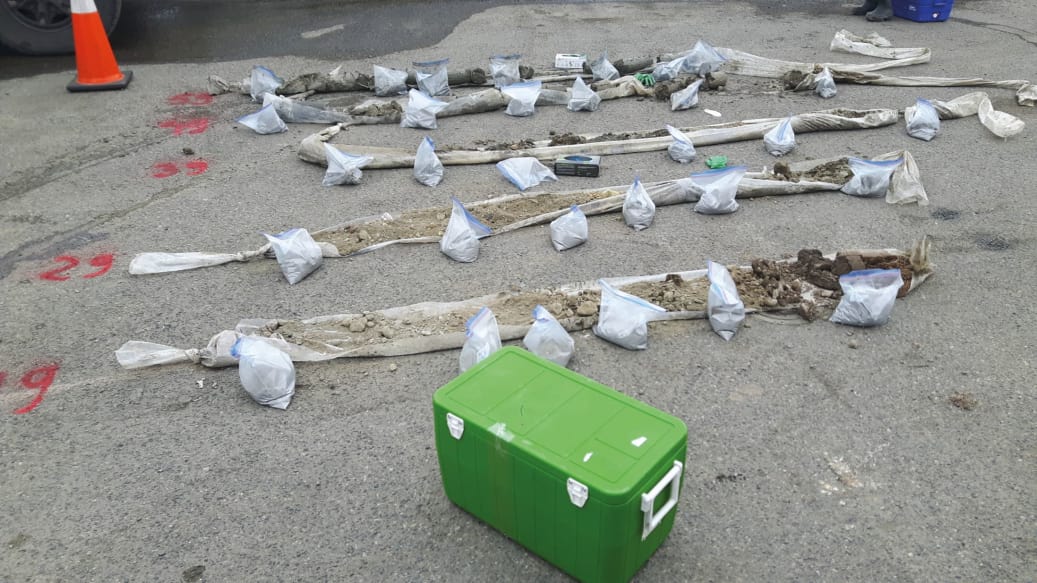 Understanding whether contaminants are biodegrading and the specific mechanisms, rates, and microbes that are responsible for biodegradation allow us to: 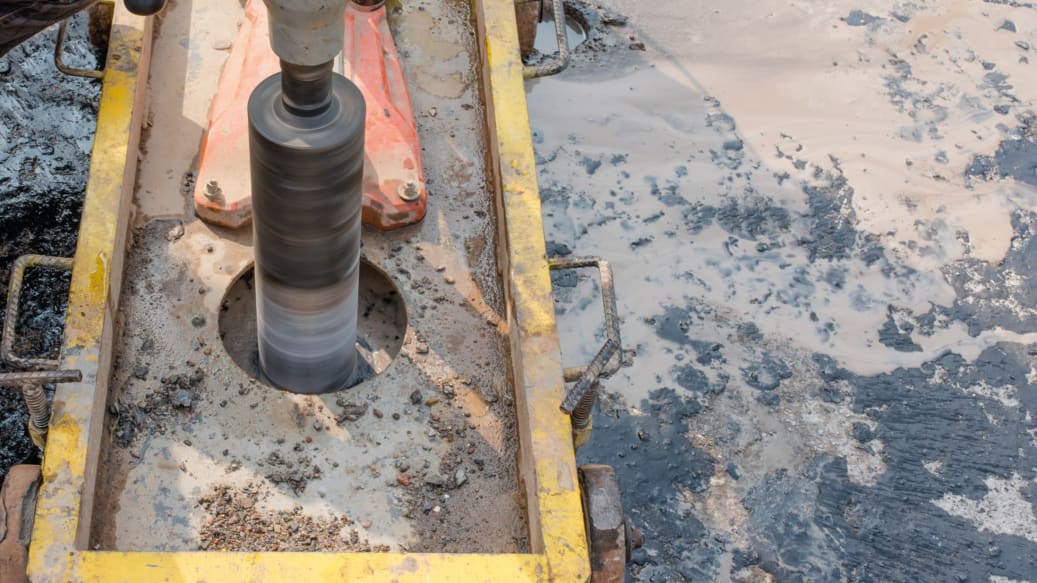 Several new techniques are available to definitively determine whether biodegradation is taking place and which organisms and mechanisms are responsible. One of these techniques is Compound Specific Isotope Analysis (CSIA), which measures changes in the ratio of stable isotopes (e.g. 13C/12C) in a contaminant as it biologically degrades. Physical processes like volatilisation and dilution generally do not appreciably change the isotopic ratios, so CSIA can potentially provide direct evidence of ongoing contaminant biodegradation.

For many years, site characterisation efforts have centred around installation of soil borings and monitoring wells, as well as laboratory analysis of soil and groundwater samples collected from these discrete points. One of the primary limitations of this approach is cost. It is simply too cost prohibitive to collect soil samples for laboratory analysis from every few inches, or even every foot, of every soil boring. Yet, we now understand that small seams within the subsurface may hold most of the contaminant mass.

The advent of new tools allowing for real-time collection of qualitative or semi-quantitative contaminant and hydraulic data over very short vertical intervals has the potential to yield a better understanding of the true contaminant distribution. However, the approach to planning and implementing the field work must also be altered to allow on-the-fly decision-making. 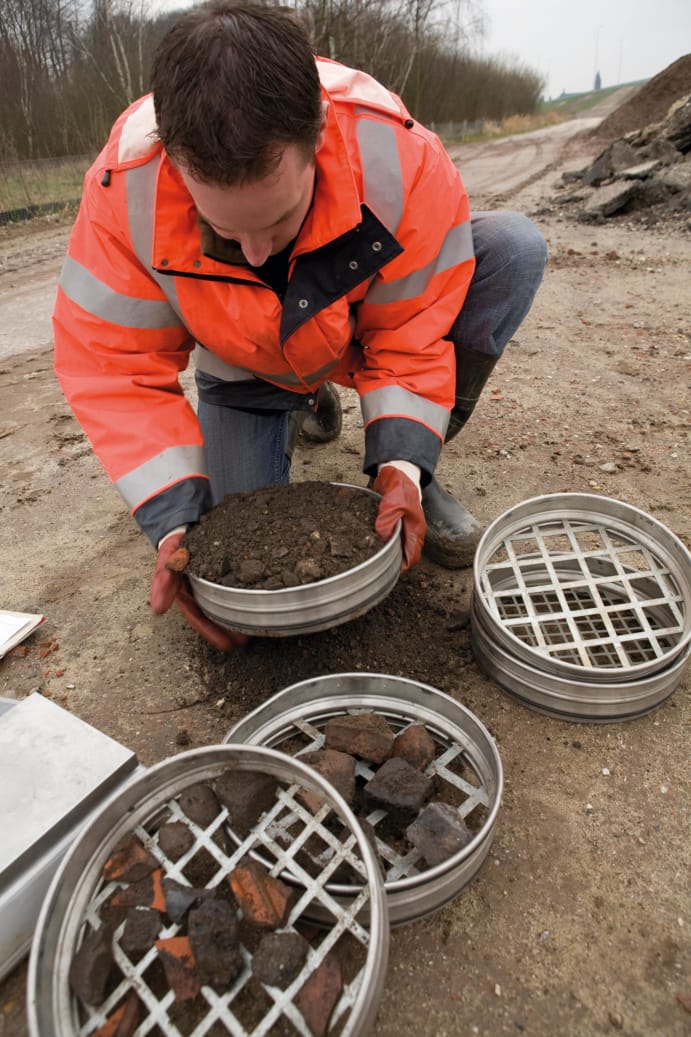 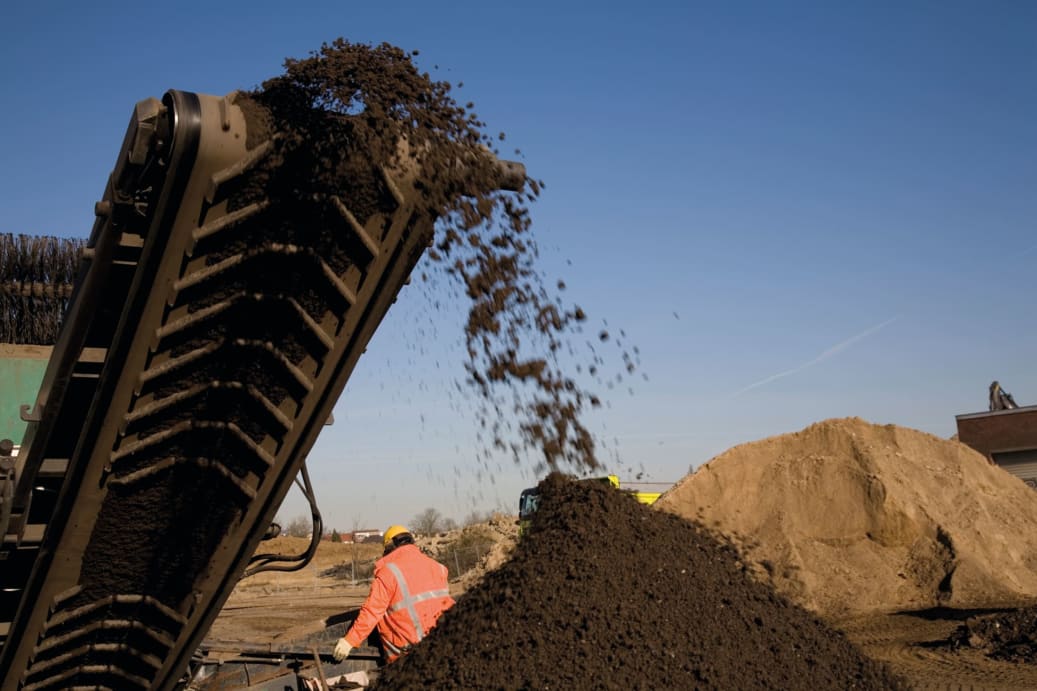 Our team has successfully implemented the dynamic site characterisation approach on multiple sites that spread across a wide range of geologic conditions and contaminant types. The tools utilised from site to site may vary, but the dynamic approach has consistently led to better remedial decision making, less costly assessments and clean-ups, and faster clean-up times to meet remedial goals.

Stephen Long, PE, PG, has more than 29 years’ experience assessing and formulating cleanup strategies for a wide variety of contaminated sites – ranging from petroleum bulk terminals, to hazardous waste disposal facilities, to silicon chip manufacturing facilities. As both a licensed professional engineer and professional geologist, he has a unique perspective on the collection of high-resolution site characterization data to inform effective remediation decisions. Stephen has designed and implemented cleanup activities on more than a hundred sites, including many innovative treatment technologies. He currently leads Intertek’s contaminated site assessment and remediation practice. 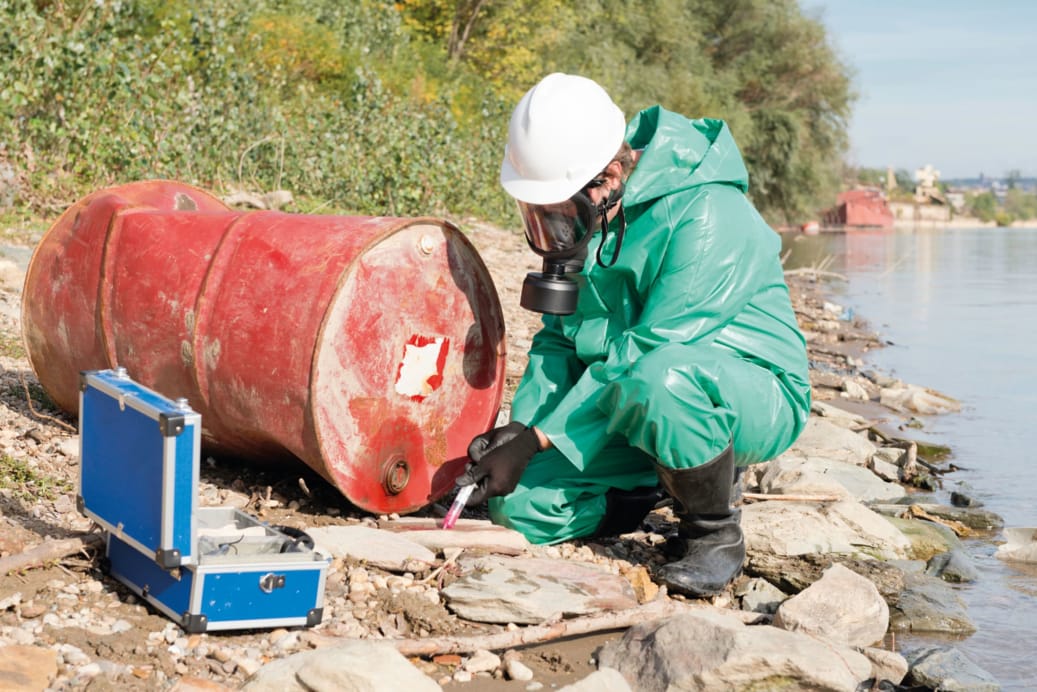 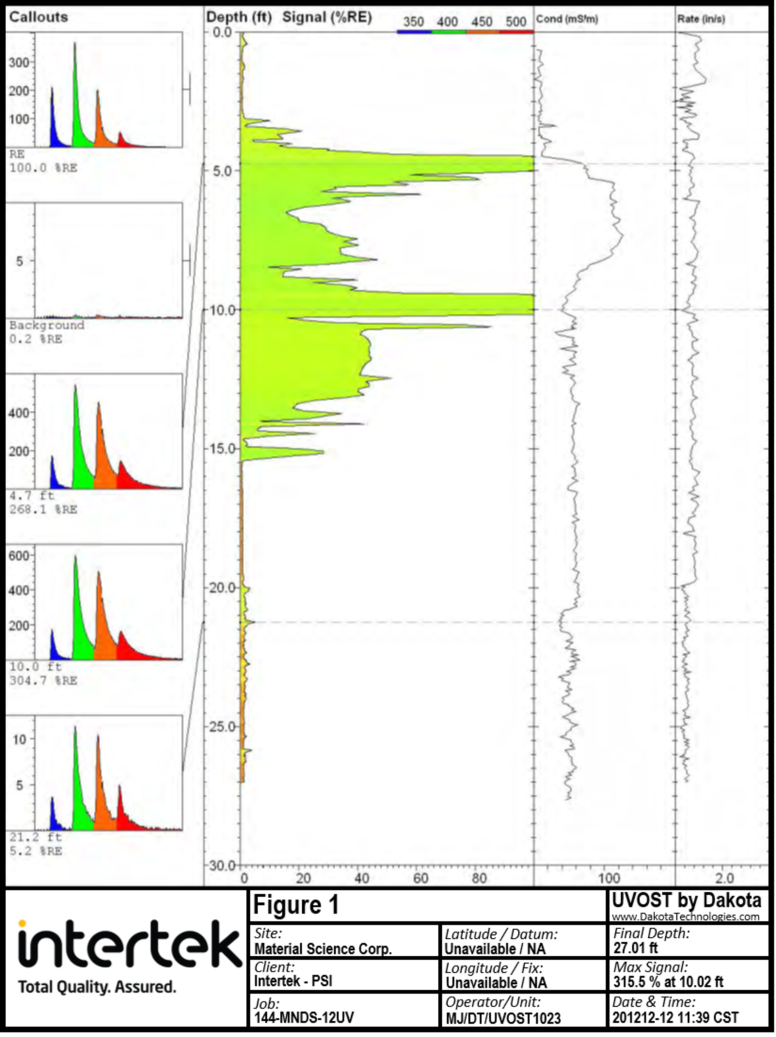